Addicted to HAZE - Haze only thread

Thanks, that’s good to know. That’s what I expected just by looking at the flower times on OT haze vs any other haze in existence today. I assume that OT haze produces more string, low density buds than the other hazes. Pictures I’ve seen of THH or O haze look pretty different than OT haze.

What makes something a “haze” and not just a long flowering or landrace sativa?

Haze is a four way cross of Thai, South Indian( kerala?)Mexican and Colombian landraces that was then bred til it was( semi) stable. The Oldtimers haze is supposed to lean quite heavily towards its Colombian heritage, so much so, that some have speculated Haze is actually different Colombians hybridized with one another.

Haze is a four way cross of Thai, South Indian( kerala?)Mexican and Colombian landraces that was then bred til it was( semi) stable.

I have no experience with landraces either but I know all 4 of those being pure sativas. Didn’t realize they were unstable, so the long flowering landrace sativas would self pollinate before breeders got ahold of them and bred out the herm qualities?

They were bred to some stability, but there was still plenty of variation for people to pull wildly different phenotypes from Haze seeds. To create an inbred line, requires at least seven generations, and probably more in a line that’s bred the old fashioned way. With no backcrossing.
So the original breeders’ would have bred Colombian to Thai, and Indian to Mexican, and then crossed the two hybrids together. And I don’t know if that was the order they bred them in, that’s just an example. I’m sure there’s people that know a lot more about the breeding history of Haze than I do. You could breed with no Selections in mind and it would take much much longer for a strain to breed true. Or you can only breed for a couple traits like potency and sexual stability.
After the original breeding work was done, we’ll call it the rough breeding, seeds made their way from the West coast to Europe where they were then heavily selected until stable . This is where the legendary Haze strains of today were born.

Yes indeed, the OT Haze produces more wispy, open buds than most other Haze varieties that I have tried. But the proof is in the puff!

tom hill haze was backcrossed to deepchunk in some point. At least is what i read in IC, tom hill thread. 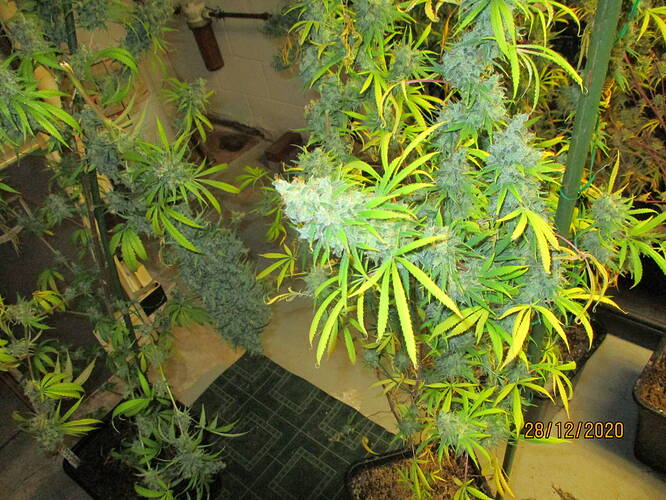 These 2 are also HBH, but the very elusive cat piss pheno, that popped out a few years ago. Much smaller plant and bud, super stinky, and very delicious. 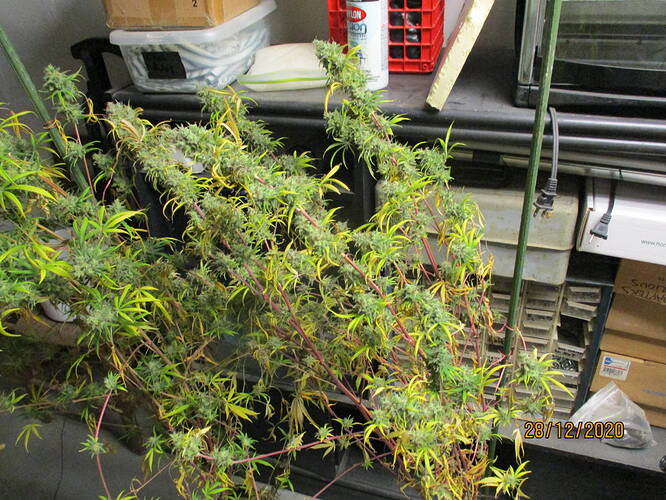 For the real deal piff…

Go to this guy! Tell him i sent you for freebies!

I started flower on November 23. One is not tall and one is very tall. 5 gallon smart pots with living soil. And yes I did get them as freebies. I heard they were popular so he made more. How long did they take to finish? 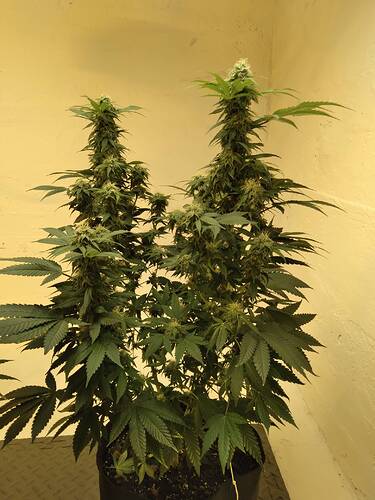 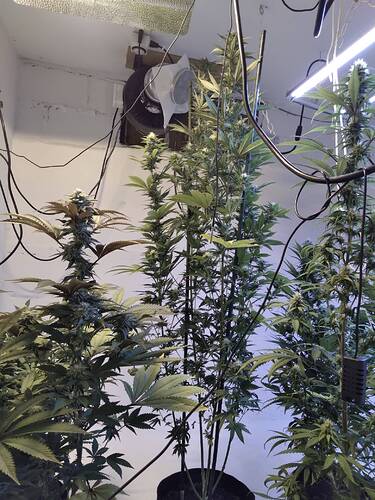 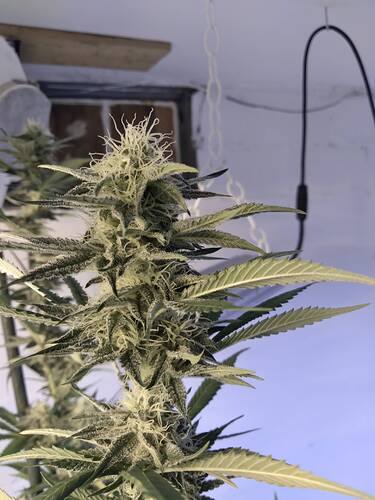 Mine are still going…lol. probably should have chopped a week ago…but they’re my new years eve dates. Oct 10 is when they went into flower…didn’t show sex until 10-14 days later.
Since flip: 81 days
Since showing sex: 67-71 days

On the trim board, Australian Dead Head and the Honey Badger Haze A, cat piss pheno. 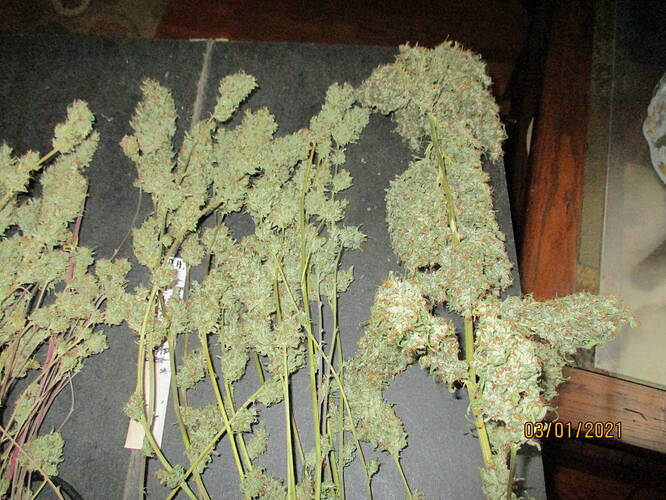 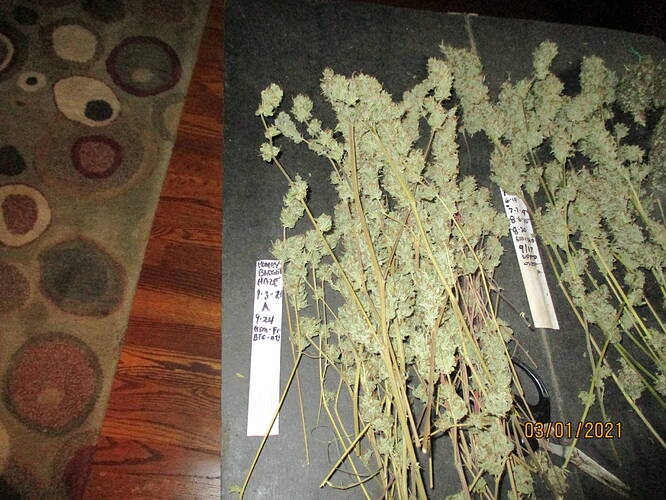 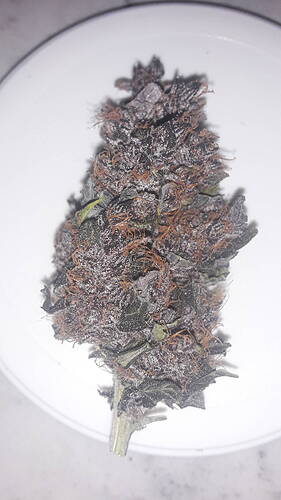 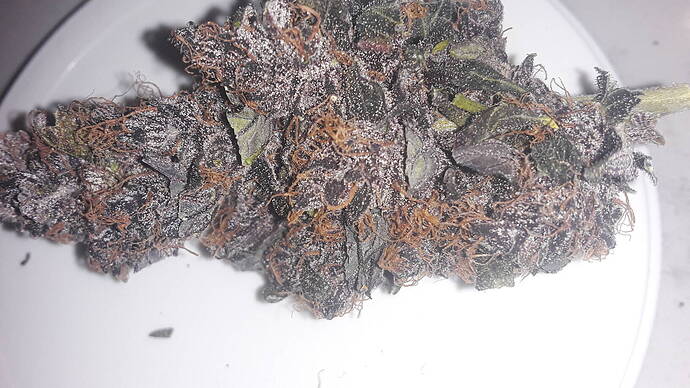 This is beautiful. Nice works 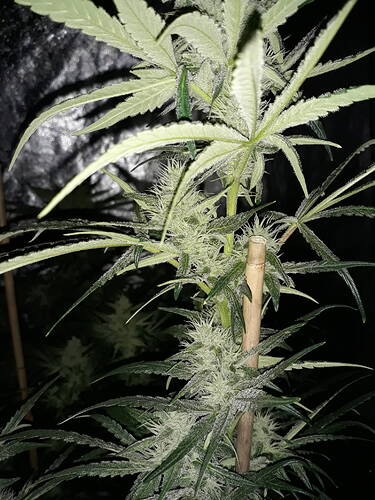 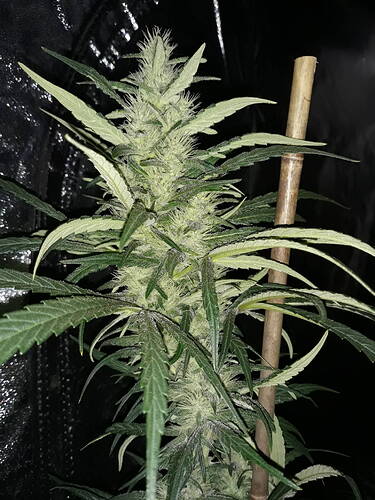 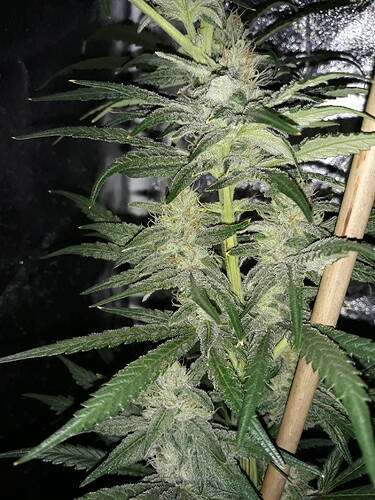 Strong pungent spicy haze scent, but the fluffy one is lemon-citronella-metallic. 35-45 days to go.

Mmm…strong pungent spicy haze scent. I always look forward to seeing what @vernal is up to. Always killin it. Beautiful work.

General consensus is that it’s NL5 x Haze. Popular in Colorado until the more contemporary stuff started circulating. Someone told me it’s originally from Vermont in the very early 90’s. Came from Neville stock, but some people say someone here stateside crossed haze with a NL plant and these are the results. Takes about 12 weeks from my understanding. Dynasty uses it, has had it since early 2000’s.

I had it a couple times in Colorado (it’s still available at a few dispos) but I’ve never ran the clone by itself…yet. Working on sourcing it now for a backcross haha. 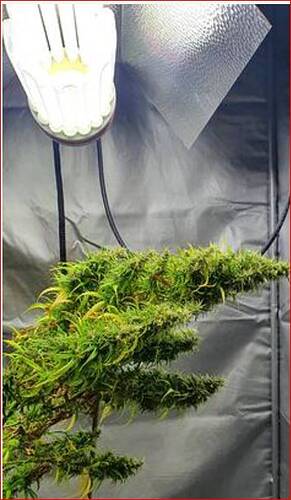 Some news from the Ocean’s Twelve Haze.
Take a look to her dedicated thread here to see all the pics. 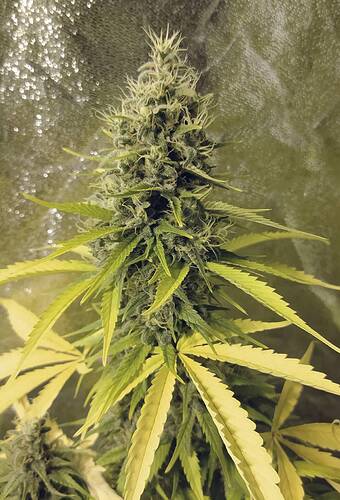 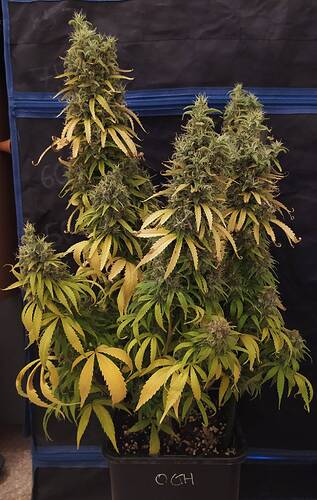