You sure do think about that sort of thing a lot, eh?

Last I checked - they ignored all real studies showing no harm… And a jury awarded a stupid settlement.

So Bayer owns Monsanto assets so why are we talking about Monsanto not Bayer crop sciences?

Yes because corporations typically pay out billions just because. Lick them boots son

And US juries understand science… But roundup is still not banned anywhere that I’ve heard of.

We still spray it on the farm, I spent a decade laying it down daily, no PPE except when mixing.

Sorry not buying the harm of roundup/Monsanto.

Keep licking them boots kiddo. Amazing how ‘hippies/stoners’ evolved into corporate shills. And yeah I’m sure you will keep using pesticide sprays, that’s all you know

So you have nothing?

Only lame assed insults, that are nowhere near original?

Nothing constructive but to start shit, and divide the people here, with insults no less.

I made this thread, because you were doing the same thing in the other thread, and I did not want to de-rail it. I told you I was going to open it up so we could discuss Billy Boy here, not highjack the other thread. You sure had a lot to spout off about Bill in a thread nothing to do with him…I call you here to do so, out of respect, then you say this? Classic.

Here: Coronavirus Facts and Fiction You had a bunch of stuff to say about Billy. But when I make a thread up, asking for you provide evidence, not insults, you come here slinging insults, with no evidence to back your opinion up with.

Then any type of comment you do make about the topic, is “Conspiracy Theory” BS, or “Tin foil hat” bunk, which you use to ad nauseam, instead of backing your mouth up.

I am starting to think you are a Narcissist…And no matter what you or others think about people who research things, I would rather be looked at as a “Conspiracy Theorist” than a Narcissist…

So where are you saying I was wrong?

We still spray it on the farm, I spent a decade laying it down daily, no PPE except when mixing.

Still yet to see a single solid piece of evidence showing roundup killed anyone.

Other than the worker who fell into the tank of it and drowned. Pretty sure that still has nothing to do with Monsanto.

Sorry I’ve been spraying it and 24D for decades. You’re going to have to come up with something better than a US lawsuit which had nothing to do with science - showing actual harm. The products been used for decades, if it was harmful I’d be dead (and yes I have drank a cup of mixed… Case of the shits was the result. There’s a reason I don’t drink tekillya now)

A bunch of studies in mice, at way beyond exposures even I get spraying a field in Alberta. Doesn’t make it unsafe or dangerous.

Quite the armchair psychiatrist there.

Concrete of what? Prove anything I said was wrong about Bill? You think the worlds 2cnd richest man, would ever do jail time?

Prove that is possible…Lets see a list of anyone that rich doing time.

It’s much worse than either of those options. He’s a human. Humans have done far better and far worse in real life than any demon or angel.
Prove me wrong.

Even though this is deviating from Billy…I’ll give you some examples about Monsanto: 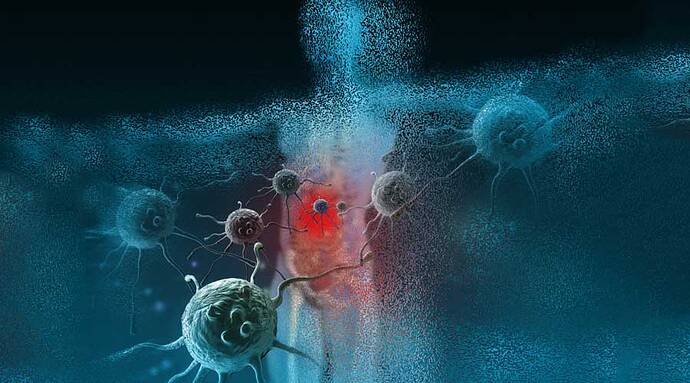 The Roundup cancer study literature comes from scientists around the world who are investigating the toxic effects of Monsanto’s Roundup weed killer.

Where Monsanto is Banned (Check out how many country’s gave them the boot) : https://www.baumhedlundlaw.com/toxic-tort-law/monsanto-roundup-lawsuit/where-is-glyphosate-banned/

" Chemicals giant Bayer AG is reeling after a jury awarded $2 billion in damages to people who say they contracted cancer after years of using Roundup, a popular weed killer manufactured by Bayer subsidiary Monsanto Co. Bayer probably won’t pay out the full $2 billion. But more than 10,000 further cases are pending, worrying Bayer investors as well as farmers who rely on the product as a cheap, effective herbicide."

I have a lot more…Do you want me to post them? Or can we get back to Billy?

Edit: @Hephaestus … You are asking for my info…So, put yours up now…

I agree…But Humans like myself, don’t have the same objectives as a self admitted pro Eugenic does. The second wealthiest person in the world, and donates to all kinds of places, there should be a conflict of interest with.

“We can clearly see that much more people are getting sick and suffering from new illnesses due to glyphosate. They are more frequently affected by cancer, especially lung, breast and colon cancers. We have analyzed the relationship in different studies.” 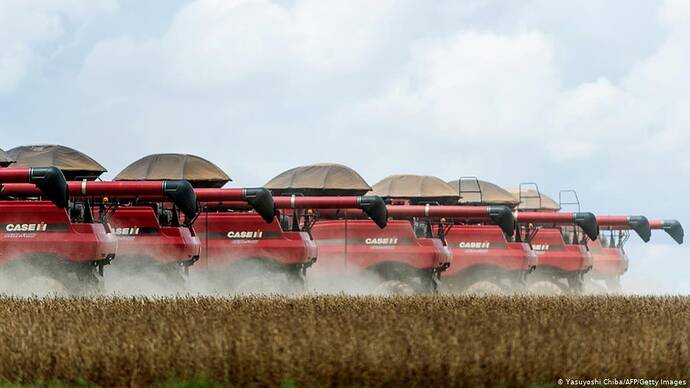 The pesticide glyphosate is used worldwide, also on soybean and cotton plantations in Argentina. It's causing more cases of cancer, miscarriage and deformation there, says pediatrician Ávila Vázquez.

Just curious - do you know what we use in fields when we’re using non Monsanto products as part of the IPM plans and crop rotation? That’s the stuff I have to wear a space suit to apply safely.

And you’re still applying correlation to causation. Just about everyone has come in contact with Monsanto products - doesn’t prove that the high percentage of the population who will also contract cancer at some point - was caused by Monsanto.

Come out to the prairies, ask farmers… There’s generations now who’ve sprayed it their whole lives. We’re not at higher risk than city folks who got a 16oz bottle at the store and cleaned up the back lane or side of the house. In fact our risk is greatly reduced compared to city folk. So… We run tens of thousands of gallons a year - and our risk is lower than city folk who might use 1/1,000,000th what we do?

But when we loose roundup we’re stuck using the stuff that is insane scales of crazy worse for us and the environment… Sorry, I’ll take the Bayer crop science shill tag - I’ll happily continue to spray it regularly.

Still yet to see a single solid piece of evidence

So where is your evidence…

Oh, did you mean about you being a Narcissist?

All anyone has to do to see proof, is scroll through your comments man…It’s all there.

“Narcissistic personality disorder — one of several types of personality disorders — is a mental condition in which people have an inflated sense of their own importance, a deep need for excessive attention and admiration, troubled relationships, and a lack of empathy for others. But behind this mask of extreme confidence lies a fragile self-esteem that’s vulnerable to the slightest criticism.”

I’m not making extraordinary claims - I need to prove nothing. You claim there are millions of deaths caused by Monsanto and explain why the rural people who spray the highest quantities have lower incidents of cancer compared to everyone else.

Remember where I said I would not respond without evidence, in the description for this thread?

I am also done debating Monsanto man…I said my piece. You are defending Monsanto Farmboy…Let that sink in…