The area I’m planning to put these is in cloud half the time so the png should be right at home. Some of the local weed manages to survive and do pretty well, I don’t know what is in them but most likely a fair bit of Thai, I will probably cross some with the png and see if I can come up something that will virtually grow under water

Here is some of the local gear. 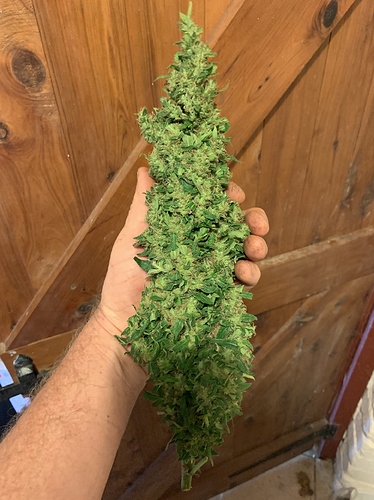 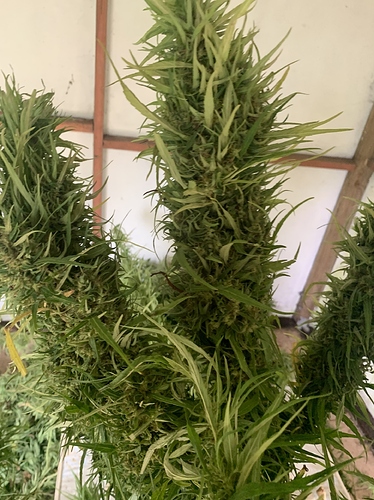 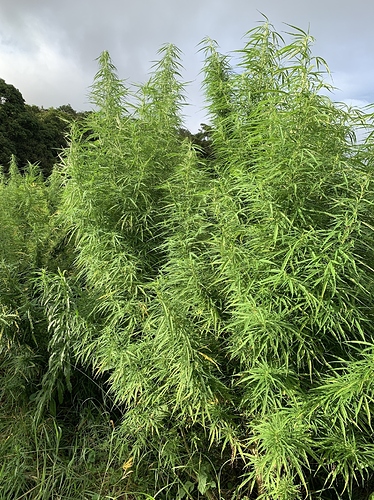 very cool, an interesting heirloom sativa hybrid. do you have experience with this line? does it have good sexual stability?

is this a local black market cut? you should consider preserving that for distribution in its pure form if possible.

With legalization changing the landscape of the cannabis community and industry, I think it’s important to preserve local cuts and black market cuts before they fall out of circulation over time. it’s so easy for old cuts to become inaccessible due to changing tastes, trends, or more commercially viable alternatives.

and @slain thanks for taking on the paua new guinea preservation project.

this is a very cool opportunity to preserve a relatively newly discovered landrace line in an early state of exposure to the hybrid genepool.

preserving landraces is incredibly important. I think in the future landraces will be crucial to restoring diversity and vitality to modern polyhybrid genetics.

Unhybridized since it left Papua New Guinea. Very little info that I could find, but not one instance of intersex issues over a span of four or five gardeners that I know of.

Oh wait, it occurs to me you’re probably talking about that last post. nvm, continue. lol

preserving landraces is incredibly important. I think in the future landraces will be crucial to restoring diversity and vitality to modern polyhybrid genetics.

Not only that.
I think I have bad , nightmarish vision of cannabis future. One where commercialism has fem. all weed , making seeds unavailable to general public. 1 main reason I want to get strains and breed.

Yeah it’s an interesting part of the world for growing here, it sits just inland of a large mountain range near the coast, so it gets very localised weather… it can be rain and drizzle here and 10km away the sun is shining… These plants are an old school variety that has adapted to the extreme rain and humidity, they have been around as long as I can remember… the old hippies used to grow it in clear patches of rainforest. I guess like everywhere it’s probable that other genetics have contaminated them over the years, though as I said it’s a very extreme environment for them to flower and that limits the amount of indica they can have I.e in order to survive and not rot the flowers need to be a bit airy. To give you and idea I found some buds with seeds that had sprouted and started to grow while still attached!!
Regarding sexual stability, the patch I was looking at had probably 200 of theme and I didn’t see any hermaphrodites… not to say they won’t pop up, but they are not common…

The png is likewise pretty stable sexualy, it’s not like a lot of the Thai/Cambodian that is intersex more often than not…

great info and background on the papua new guinea line, thanks diggy!

@slain that old hippie line sounds like dynamite, I would love to get my hands on that for outdoor growing. old school local lines like this are invaluable.

That patch of 200 plants must have been stunning to look at. the fact that it’s grown successfully in those numbers speaks highly of the quality, genetic diversity, and stability.

This one would be an excellent choice for community preservation. it’s relatively unlikely that this exists outside the local circle of growers in your area, and even if it was circulated in the past, it certainly hasn’t seen the level of exposure and distribution as any of the rare breeder’s packs that the co-op has reproduced so far.

There could be some really interesting traits in that line. I think there are unique medicinal attributes and recreational effects in old black market lines.

I just sampled bud from a 30 yr old black market cuts, and the high was unlike anything in the modern commercial cannabis market.

And like you were saying, tough growing environments tend to encourage genetic purity within a line because the strains that have inhabited that environment for the longest have adapted the necessary traits for survival, whereas newly introduced genetics might not perform or make it to senescence at all.

This is why breeders on landrace expeditions like bodhi, pakasymbiot, or angus from real seed co tend to look for farms and patches in isolated microclimates that would be unlikely to encounter hybrid contamination.

This scenario is a little different, but if it’s a proven producer in your grow environment it’s likely there has been very little hybridization since the initial creation of the line. 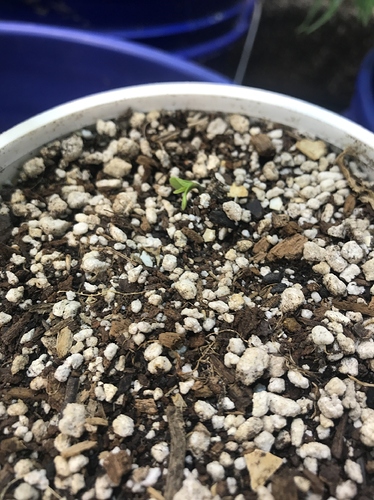 I’ve gotta admit, I was starting to get worried. Let’s hope there’s five more about to do the same.

Make that two above ground at the end of day number five. 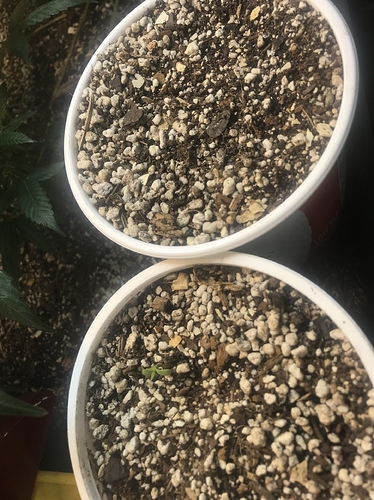 Where do you live @slain? I was doing a fly by last night on Google maps around PNG and Northern Australia.

Pretty cool. Never been to that part of the world. I wish we could do Star Trek style transporting. I’d go. I’d love to see the NE coast of Aussie land with the reef and all. peace

Not to be too specific because it’s still a big legal issue in oz, but it’s an area called the Atherton tablelands… this area has the highest number of wet days on the entire country… not necessarily the highest amount of overall rain, but most nights the cloud literally rolls through the house so humidity is seriously insane, the altitude makes it 5-10 degrees colder than the nearby coast… the record for 24hr rainfall in them monsoon is about 1.6 meters… about 5 feet!!
it’s recent volcanic red deep ferric podzolanic soil… so around 10k years since the last eruption… that makes for . fantastic mineral content and structure but like most volcanic soil it is very acidic, especially when depleted of organic material and healthy soil ecology… this is similar to a lot of png…take away the rainforest and within a few years the soil becomes depleted and too acidic to grow too much of anything… The rainforest around this area is Gondwanaland remanent, the oldest contiguous area of rainforest on the planet… and like the Great Barrier Reef, it’s also getting severely effected by climate change… better come and see it while it’s still here bro!

That’s a beautiful picture. Stunning. That’s in Aus or PNG? Must be close to each other regardless. Thanks! Sometimes Google Earth is the next best thing. Happy grows!

Great part of oz, been there a few times

One week since the burial, and all 6 seeds have germinated. The last two are looking a little less than stellar, so damping off or a general death-stall is still possible. Will start another six soon, but how soon? Gunna mull it over a bit.

One week old, give or take a dozen hours. One of them wasn’t looking so hot and fell out of the running. Five upgraded to a five gallon last night, and six more seeds will be started ~tomorrow-ish. 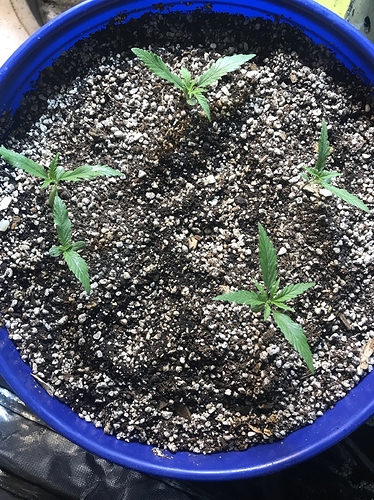 Tried getting em equidistant from the center, 4/5 landed pretty on point but that last one…