Yeah friends and family are always there to smoke, the favourite children help me trim. LOL I got all me other friends growing my clones so they are busy trimming their own! We have 3 left to cut including the giant. My basement rafters are full of strings and weed already. It is a good problem to have, butmy fingers are seizing up.

So far 4 solid days of trim jail + “laundry” duty. After all the hours needed to hand trim the harvested plant, I then get to set up my washing which takes another few hours (including cleanup).

The Pink Cookies was DONE so I took that down first. It was my “smallest” outdoor plant so it allowed time for me to address a legit problem. The WWxCO was getting eaten alive by but rot due to the crazy October humidity so I cropped 1/2 early and hoped to finished it up after my on site work days. It took FOREVER but I think I got most of it salvaged. There were a few bad buds also on the Kosher Kush and Gelato, so I jumped on them over the days after the first chop.

My UK Cheese is still up and presenting NO PROBLEMS!. It’s clearly the “Scottish” Pheno as it doesn’t give a single FUCK about the weather. I’m so impressed that it’s earned a spot as my only outdoor photoperiod for 2022!!! 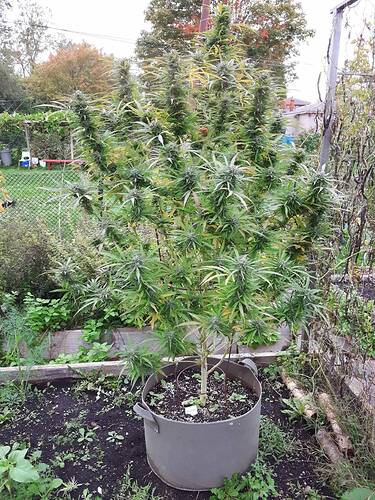 For anyone dealing with bud rot, I did a 4 part wash, and the buds I couldn’t see the rot during trim revealed themselves after the H202 & Lemon/Baking Soda wash!!! The bad bud sites were legit “darker” than the surrounding buds. What I saw was a off brown tinted bud surrounded by healthy green; where before the dunks everything looked the same! I had no idea there would be a reaction like this but lo and behold it happened to my benefit as I would have included these time-bombs in with the jars!!!

I was planing on using 5gal buckets + gamma seal lids but now am going full on jars again (ugh, so much burping!) so that IF there is a problem it’s contained to 30g or less and I loose a jar vs a vat. All my flowers have been overdried in hopes of curbing anything that may have made it through the washes. Each jar has a Boveda pack (62%) to bring the humidity back up into the nugs. I’m still gonna burp these over the next few weeks because why not?

So far the tally is: 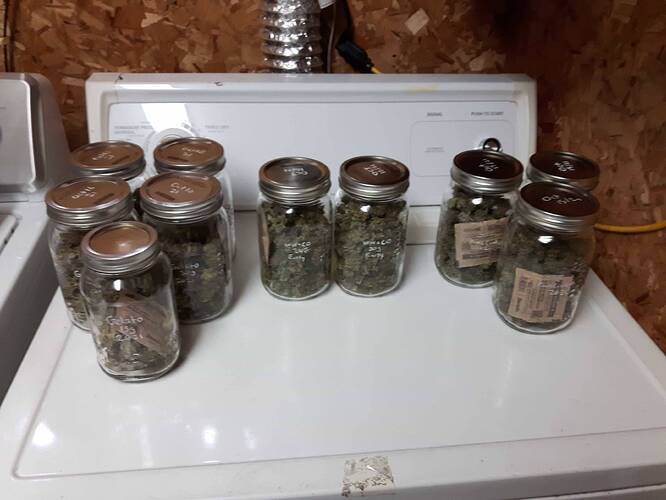 I need to jar up the Kosher Kush today.

I thought about the burping thing. There is no reason to keep the rings on, you could just keep the lid on top of the mouth. Then when it is time to burp you just pick one hp and then stack one on top of the other under the previous one. Takes all of ten seconds to do a dozen.

I LOVE HOW YOUR MIND WORKS @BUNNY FOR LIKE A SPINSTER, TONIGHTS BURPS SHALL REMAIN RINGLESS!

need to jar up the Kosher Kush today.

Hows the smell on the Kosher Kush?

Hey there fellow Canadians. A new sign up popped up today for seeds that go in the fall box. FYI in case any of you want to sign up.

Greetings everyone. This signup thread is for seeds from a Freaker’s Ball reproduction of Snowhigh’s Double Panama Red. Breeder: Snowhigh Seeds Donor: #freakers Grower @Upstate Snowhigh’s description: Double Panama Red: 4 females of 2 different Panama Red varieties making it 8 females and 4 males 2 from each variety. The Panama Red Hair variety derives from the BCO lineage originally collected by a collector from a family in Colombia who had preserved several heirloom Colombians and this …

Thanks for handling the shipping Doug! Looks pretty special.

That Freaker’s Ball crew has an insane amount of incredible genetics. Good bunch of folks too.

Quite inspiring really, its been pushing me towards smaller plants and more separated grow spaces. So that exploring or preserving is easier. Once I’ve successfully tested my setup, hopefully I can contribute with some runs myself. Looks like it’ll be fun.

smell on the Kosher Kush?

LEMON-CITRUS-PINESOL-MADness!
I got pollen from the STS and will be starting to apply over the course of the next few weeks to the female plants in 2nd week of flower.

LEMON-CITRUS-PINESOL-MADness!
I got pollen from the STS and will be starting to apply over the course of the next few weeks to the female plants in 2nd week of flower.

The KK all dried came out to 212 grams pre-cure! Really chuffed as it’s my favorite medicine of what I grew this season!

Thats very odd that you didnt get a response on the site. Its a bit of a glitch sometimes, that I dont get notifications. Always best to email us, rather than rely on the website program.

Buddhas Cane is around 63 day flower time. I actually harvested mine yesterday. Love that plant. I hope it does well for you too!!

Thanks for this response. I’m going to try and fit them in to my line up sometime soon. Ill tag you when I do.

We look forward to seeing what you do with that batch. Thanks for reaching out. What a great group of OGers we have here. 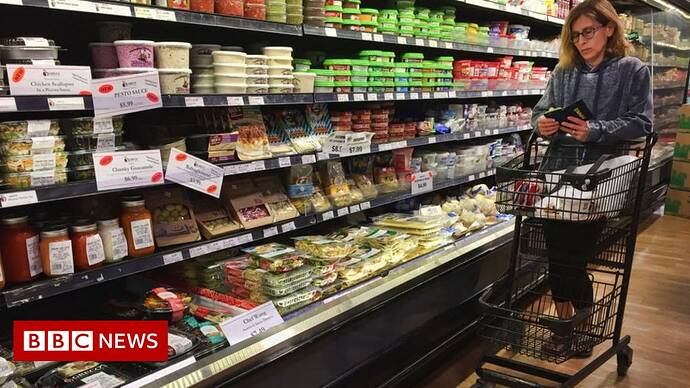 Consumer prices rose 4.4% in the 12 months to September, as Canada grappled with global supply chain issues.

Empty grocery shelves, price increases, shortages and growing delays. Be careful, hard times may be ahead.

Yeah its coming, stock up on the canned and dry foods, start growing your own veggies.

Inflation rates on food have gone up more than that.

May straighten out manufacturing. Why must everything be made in China? Could use the jobs here. May cost us a little more but better than being beholden to China.

So McDavid has the same amount of points as the whole Montreal Canadien roster. This might be the year. (LOL) Hyman has been so good.

*Not sure if there is a NHL thread but this seemed like as good a place as any.

Sure puts that 2% raise you got into perspective.