My first suggestion would be to go for the AB driver instead of just the A driver, as the AB has the leads for hooking up a potentiometer for dimming ability its $5 more plus add a 100k linear potentiometer for $1.50 or so, yes they both have IO pots internally but gives you more control if you want that. But if you plan to also potentially flower just do yourself the favor and get the 150w driver instead of the 100, strips can still run off the bigger one but gives you more play room to add more strips later on for more light, and really its only an extra $10 which when considering if you need to upgrade later its gonna cost you whatever a new driver will be.

Your voltage will be a bit under the lowest it can run if only going 6 strips, so just spend the extra $25 for another strip making 7 and the bigger driver and potentiometer, then you can buy the other 3-4 strips later when you need/want to

Changed to AB driver. More design flexibility. Thanks for the input.

Been looking at the PDF for these strips and noticed something I have seen before. IMHO, 4K is the goto colour temp for this strip. It gives up extremely little to the 3.5K in the red and far red end of the spectrum, and outperforms the 3.5k by a considerable amount in the rest of the spectrum. I wouldn’t hesitate to use it from seedling to harvest. 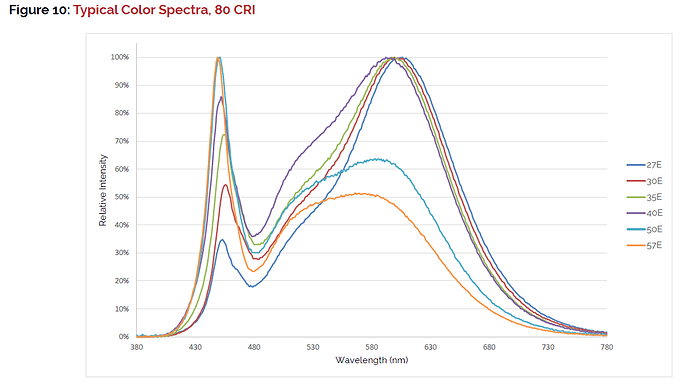 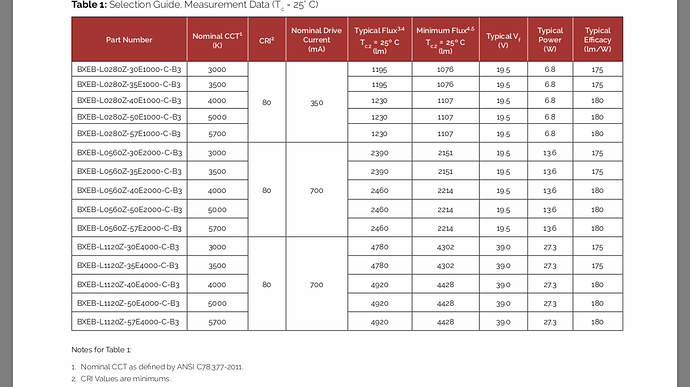 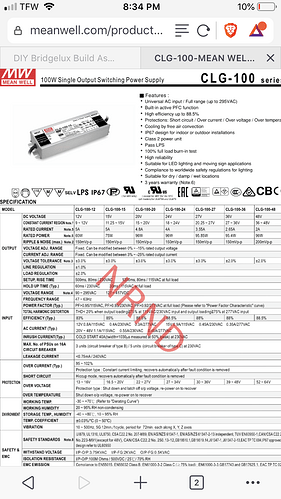 Your image doesn’t zoom in well. What is the voltage range of the driver?

I’m not an expert but if you plan to run in series:

You would need to find a driver in that range.

Someone smarter than me can maybe suggest one. Maybe this: 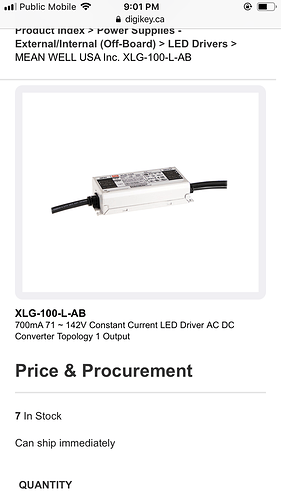 Good point, I should have been more specific. My thoughts are to run them parallel like I would with the SolStrips

That driver would work. I think there are better options for a driver. The efficiency on the CLG is not that good at 87%. You would be better going with an XLG or HLG model for the price.

Edit: shit this post was a month old…got me good!

Yeah, I already have it on hand was the reason.

Have any of you wired in a digital meter, so you could monitor what youre running at after adjusting the potentiometer… for the most part probably pointless, but it would look cool lol

Yes, I have these on all my new lights. I only paid $14 for them and they are worth it. I had a driver replaced because it was not pushing enough amps. Since then it is great to know if you are having any driver issues.

Here is the one I use. 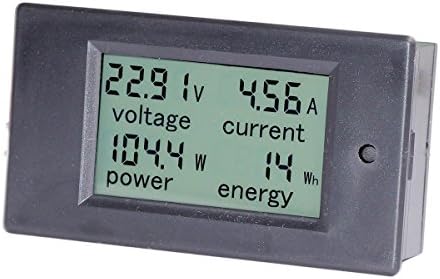 @Mr.Sparkle would you change anything?this seems to be a generic build if digikey dosent ship to me… dunno they ask a lot of questions…

Going with 6 looks like you would be able to run them at about 150% nominal and have that driver right near max so its fully doable.

Only thing id add other than extra strips not that you need to is an extra potentiometer as a spare.

just requires turning up the Io screw but running 8 will be better anyways as it will allow each strip to run cooler and closer to nominal, you will probably want to turn up the Io screw a little to maximize the driver at 240w vs the 220w it will end up being but that can be worried about later and after its all built, and you think you need it.

thank you fr the time and effort… imma ask about the build definitely because parts are on the way…ran over a traffic sign today… 24 x 30… amazing day…still thinking about ladder rungs though as extra heat sink.

yeah go the angled aluminum route and you wont need extra heatsink ability, also you picked up the 1120mm strips so not sure what your doing with that sign ?