Just got a 4X4 grow tent. Should I set up a veg/clone room too?

Finally decided to set up a grow tent and got online here to find some info, and man did I!!! You are all GREAT! My head is spinning from all the info. My deal is this. My tent sits outside a room which was built under my stairs for storage. As I looked at it, it became clear that this under the stairs space could be used for growing. The space is 40" wide and about 8 feet deep. The highest part of it gives me a 40" wide by 48" deep space about 5’-7’ tall.

My thought is that this space would be perfect for a veg/clone room. What kind of light would be best for vegging and clones? Can I get by with CFL or small, inexpensive LED? (Suggestions of specific brand/output?) Any and all comments are appreciated.
SkyDog 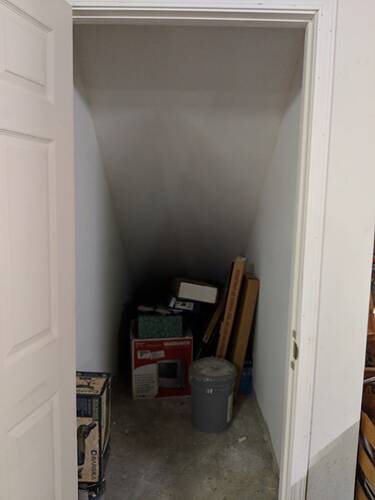 LED lighting appears to be a good bet. The heat will be more limited and you can custom build to fit your space.

I would check out @Baudelaire’s threads for the DIY Led lighting.

I just picked up a Fluence LED used and I love it.

It might be small for your space. They make bigger ones. These are really nice, but maybe not the most cost friendly solution.

Can already see it in my head. Attach a sloping rack to the ceiling so it follows the natural line. Propagator at the back. Veg at the front would give you the height you need as they get bigger.

Could you describe your Fluence set-up a bit and what you have found? Are they worth the cost?
(maybe in a new thread if off topic)…

Like I said, these might be among the more expensive out of the box systems, but they look pretty good for veg. 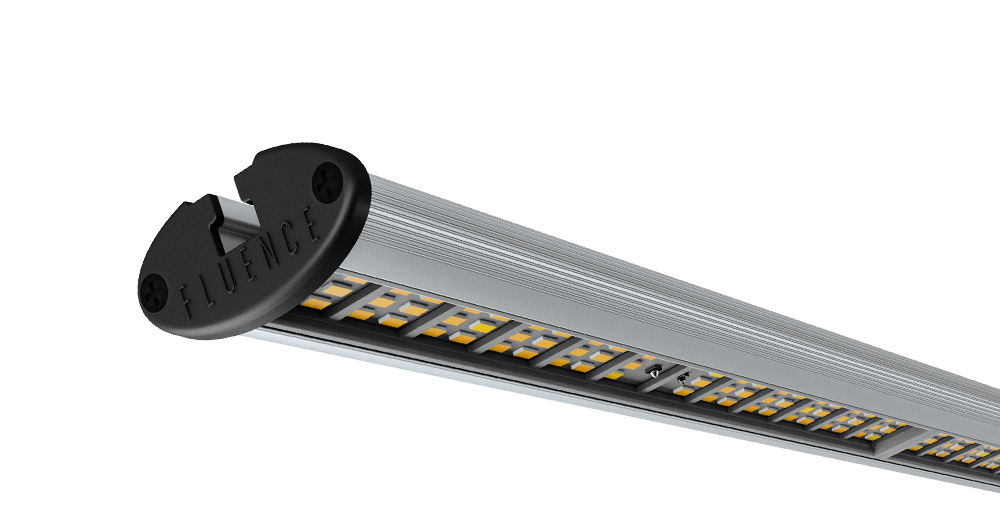 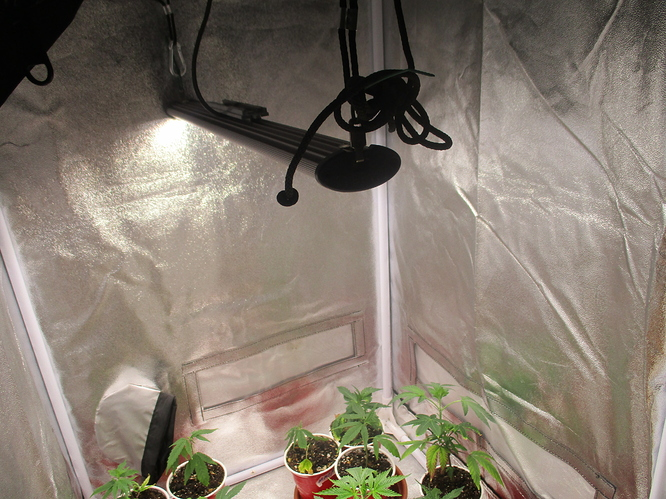 @99PerCent, cool set-up. How’s the heat? @SkyDog The nice thing about the RAY series, that 99PerCent has illustrated, is that you could start off with a “more” reasonable expenditure (for a commercial grade fixture) and then eventually expand with more bars if you feel like you need it later (without having a mish-mash of various vendors and technologies). And they have three different lengths and a bunch of different spectra to choose from.

Still, the expense would be greater than, say, the ebay specials but I’d think it would be worth the investment if one has long term/on-going plans (for spectra / reliability / relative PPFD). In general, there are good reviews on the interwebs for the Fluence stuff.

If the budget is very tight / small grow, the are various vendors that have E27 base (standard incadescents) tuned for PAR. For instance, phillips has some horticultural LEDs for flowering that might be interesting, https://hortamericas.com/catalog/horticultural-lighting/philips-greenpower-led-flowering-lamps-3/ I would think that there are other options out there, too. And, there is are a ton of reviews / set-ups in threads on OG and elsewhere for different lighting strategies.

What is your plan? What do you want to do?

With a separate area you can do a perpetual grow but if you don’t need a lot of smoke, you won’t need too

You don’t really need another tent I always used a large rubbermaid. With the top cut the size of your light for veg/clone. 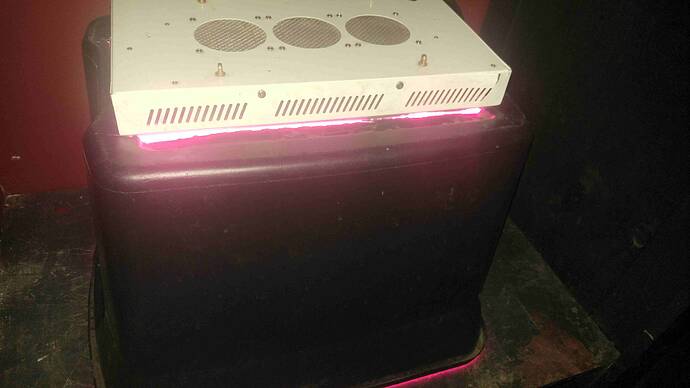 Careful, the Ray 22 is not an inexpensive option. The heat is minimal. The light is great. The price tag is heavy.

Heya @SkyDog, like some have said, what are your needs? You can go to Walmart and get a pack or two of leds, dismantle and build a frame like @Mr.Sparkle has done. Cheap and works well. I’d stay away from any Hid because of heat concerns. I would say LED is the way to go. It’s just what kind…

No doubt, relatively. Buy once / cry once? Learned this with buying tripods … many tripods

@SkyDog if you give me the dimensions of the space you are trying to light I can offer you some options using SolStix racks or SolSheets that give you comparable performance to Fluence at less than 50% of the cost, even less if you are up for some DIY.

I like your ideas @Colanoscopy. Now you have me thinking. Only problem is every time I try to think nothing happens.

Thanks @99PerCent. I knew I could count on you for more info. Checking out the fluent lights now.

I’ll happily help you design it. You will have to purchase solstrips via @Baudelaire as you’re not a UK resident so I can’t sell to you. (Be pretty daft anyway as he would have to ship to me then back to the US) if you wanna get a measure on it. I’ve got a half oz of super silver and nothing better to do as I just finished a cob build for a fellow OGer. So I’ll get pen and paper out bro

Careful, the Ray 22 is not an inexpensive option. The heat is minimal. The light is great. The price tag is heavy.

I’d question any light too cheap now. Fluence are the bollocks. Not gonna lie their studies have been a very valuable resource for me too.

I’m really liking that linear design too on the ray22

@Viva_Mexico, I was thinking about a perpetual grow but on a very small scale. Would like to clone possibly to keep good strains going without the need to purchase more beans.

@Northern_Loki, thanks for the input. Cost is not as much a factor as getting a good setup. I am just trying to minimize the amount of time I need to run the HPS/MH and it seemed like during veg stage it would not be necessary to use the 600W.

@Skiball, Nice setup. I’d do something like that if I didn’t have this prime closet space.

@Baudelaire & @Colanoscopy
, I measured the space last night. 40" wide. Roughly 7’ high at the door, 5’ high four feet into the closet and about 2’ high at 8’ in. I just figured that a smaller space for veg would require less light than the grow tent so why not use it.

320-480w 10-14 strips. (Leaning towards bluer spectrums. Again for node spacing) I’d fix the rear end where you have about 3.5ft height. Your propagator won’t need full light anyway so you can tuck that a little further back should you need to. And then you can still have the 2 rope ratchets at the front if you need that little bit more height/time.

Really won’t work out that expensive your end

You can make a platform on wheels 39" x 8’ with some EMT (electrical metal tube) as a frame to hang lights, fans, etc. from. Have the frame follow the ceiling slope staying about 2" below the ceiling. You can probably get the wood, wheels and EMT for under $40. A grow cart.

But unless you’ve got a mega-tent, I bet you can get away with a lot less - 6-10 s.f. would grow a lot of clones/moms/seedlings to feed into a tent. In that case a couple of SolSheet X’s run off a 320 w driver would give you plenty of lumen-power for your needs.