Well I’m just about to have my first harvest and my current setup is a 5x5 tent with a Solstrip rack containing 10 strips (350watts).

I’m allowed 4 plants total, so I’d like to now add more lights! Unfortunately my budget doesn’t allow for another rack just yet ($700). But I’d like to add some cheapo lights red/blue amazon lights.

I was thinking of adding 2 of these in my tent (see below - 130w draw), so my plants would use this for awhile to start, and then transition to being under the Solstrips. I would be planting a new seed every 25days, and do a small perpetual grow. 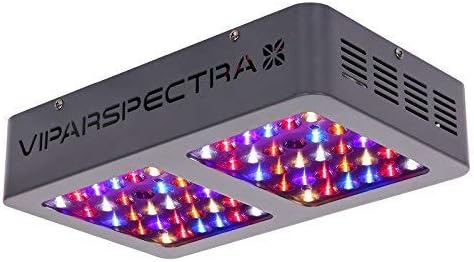 you would probably be better served by diy’ing additional strips or boards imo
diy can look intimidating (it certainly did to me), but i assure you, if i can do it, anyone can. i am pretty inept when it comes to that sort of thing, but my diy rigs are doing well (see: no combustion, electrocution, or explosion) 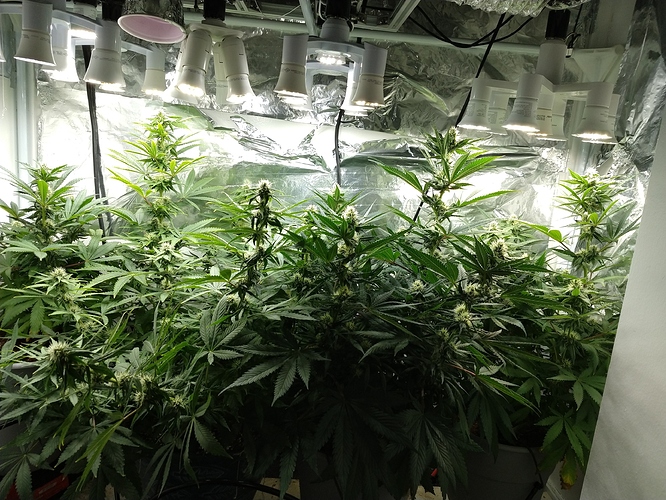 I don’t mind doing my own setup, the solstrips were easy enough to assemble, just the price is a bit much once I factor in exchange and shipping.

Lots of lights! Trying to find those parts, what’s the name of the lights and sockets?

That’s basically the light I’m running and I regret buying it. If I was to do it again at the similar budget I’d go for a quantum board

Samsung sells 1’,2’, and 4’ strips that work really well. You can order them from digikey. I believe they have hubs worldwide

I like the screw in ‘bulb’ LED array. Flat panels are exactly that. Flat. Plants do not grow flat. With a bulb array you can place lights all around the plant at different angles and depths. This mimics sunlight, which has uniform intensity. Light intensity falls off rapidly with distance from the source. E = the inverse square of the distance. So light ten inches from a bulb is 1/100 the energy as light one inch away. Sunlight 10 inches or 10 feet one way or another has the same intensity. Which is why you really cannot beat sunlight with any kind of bulb. But a string of LED lights around the plant would be closest to it. You can get screw in LED bulbs cheap now in all kinds of K ranges.

I ran a ViparSpectra 600w switchable for a few and had fantastic results. In my estimation they are head and shoulders above the rest of the cheap chinese led’s out there. When I was running ti was I getting around a half pound per plant from a fixture pulling a couple hundred watts at the wall. What’s not to love?

Lots of good options. What I need to take care of is replacing my central air, or I wont be growing at all this summer.

I’m going to do some research on the above options.

Thanks @Hashtree for the info, I intend to buy one but I see there are two versions, 3000 K and 4000 K. I watched a promotional video and they say 3000 is good for flowering period and 4000 for vegetation, if I want to use the same lamp for both periods, which one should I bought? Regards …

I think the 4000k would be best for veg and bloom.

You can always ask the guys that make them. I hear they are really helpful

3500K IMHO for the Samsung strips seems be the sweet spot for the most part, I have some 5000K strips that I use to try to keep some stretch down for the taller sativa types, but for Indica these alone just cause them to grow over themselves with very little vertical height. I grew a bubba kush like this that just ended up looking like a bud cabbage

I haven’t tested the 4K but think they would also be good. No reason you can’t mix and match also.

You get double the watts for almost half. Instead of paying double than your watts.

A bunch of people use it here, and one of the reasons I bought it. I believe it’s the same diodes as HLG uses (someone can correct me).

I was looking at HLG, and all the options above and in the end I will probably just save up for another Solstrip rack. It’s roughly the same price in the end, but really like the spread of the Solstrips.

I understand a prebuilt package but the savings are overwhelming!

What’s the coverage of these lights? They seem rather small, 11x10" Would I just line them up on a 4’ rack? And enough to cover a 4x2 section of my tent?

With exchange, shipping etc probably looking around $300-400 in change.

I am using 4 foot racks. It spreads to the walls just fine at 6in. I think a square and a rack would cover it a little better, with less power that I have.

Where ya at Canada or across the pond. Invisible sun I believe in uk. Or somename as such, I read on another forum.

Even Alibaba.com has good reviews and they’re still cheaper. Almost cheap enough to not diy.