I think the 4000k would be best for veg and bloom.

You can always ask the guys that make them. I hear they are really helpful

3500K IMHO for the Samsung strips seems be the sweet spot for the most part, I have some 5000K strips that I use to try to keep some stretch down for the taller sativa types, but for Indica these alone just cause them to grow over themselves with very little vertical height. I grew a bubba kush like this that just ended up looking like a bud cabbage

I haven’t tested the 4K but think they would also be good. No reason you can’t mix and match also.

You get double the watts for almost half. Instead of paying double than your watts.

A bunch of people use it here, and one of the reasons I bought it. I believe it’s the same diodes as HLG uses (someone can correct me).

I was looking at HLG, and all the options above and in the end I will probably just save up for another Solstrip rack. It’s roughly the same price in the end, but really like the spread of the Solstrips.

I understand a prebuilt package but the savings are overwhelming!

What’s the coverage of these lights? They seem rather small, 11x10" Would I just line them up on a 4’ rack? And enough to cover a 4x2 section of my tent?

With exchange, shipping etc probably looking around $300-400 in change.

I am using 4 foot racks. It spreads to the walls just fine at 6in. I think a square and a rack would cover it a little better, with less power that I have.

Where ya at Canada or across the pond. Invisible sun I believe in uk. Or somename as such, I read on another forum.

Even Alibaba.com has good reviews and they’re still cheaper. Almost cheap enough to not diy.

I just contact HLG Canada for the 120’s and they don’t carry them here. I’ve looked at Alibaba also, and plan to look a bit more this weekend as the price and shipping speed is great.

@cdnBuddy, don’t kid yourself on the Vipar, ain’t no way that lamp will pull anywhere near 300w. This review measures it at 136w true watts - typical of the Burple crowd to use the old “HID replacement watts” fraud. It also measures a maximum PAR of 300 at 24", which means it doesn’t reach the intensity to produce quality cannabis flower at any point in the light field, let alone across an area of several square feet as a true 300w LED lamp should. Your current SolStrip Rack produces 400% more PAR light than that Vipar ever will.

But LED household replacement bulbs are the MOST expensive LED option, because they are the least efficient of all LEDs. About 50% less efficient, and very poor spectrum. They are not even less expensive on a lumen per watt basis (true wattage - again, ignore the “replacement watts” number, unless you want to grow “replacement cannabis”).

You can waste a lot of money in LED if you presume all LED is the same - same quality, same efficiency, same output. They are not the same at all, and if you don’t do your research up front you will spend quite a bit more on your education…

Quantum boards although are good lights for growing the spread from a single board will only be good enough for a single plant. Solstrips you can configure in such a way every inch of your tent is reached allowing more plants to be grown within a limited space like a 4x4 tent. I bought blurples and they grew ok but nothing I’ve used light wise comes close to solstrips. My rig is around 39w a foot and I’ve still easily managed the 1gpw we all want.

Thanks @slain for pointing that out, I noticed that with an Afghan #1, now I don’t know if it is still a good move to change to LED, any ideas with this? 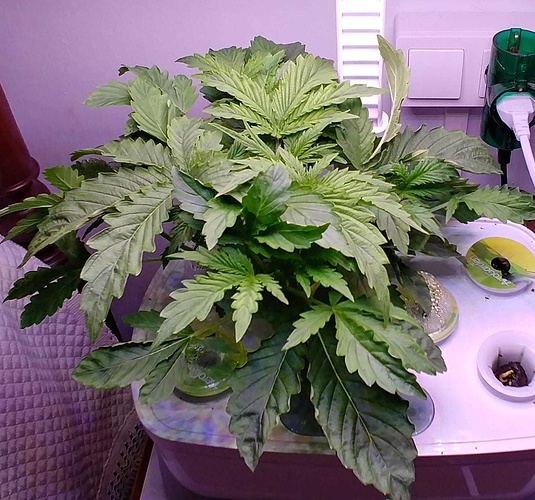 This is another option he should look into. You can buy Samsung strips and diy it yourself. I understand the sol-strips, but there are cheaper options of same quality.

We should be showing him where to order Samsung strips from in Canada! Or qb’s.

Ask them if they have any 132 also. Or any of there v1 boards. They’ve come out with v2. The efficiency is negligible in gain.

Also if your in Canada what’s your power cost? If your gonna need heat in some months go with HPS or CMH. You can use that heat and it will give you a cheaper option for more Coverage. Also HPS grows some donkey dick buds.

That’s why you get several like the strips and make a frame that allows you to place them. The four I have in a 2x4 give me coverage corner to corner. 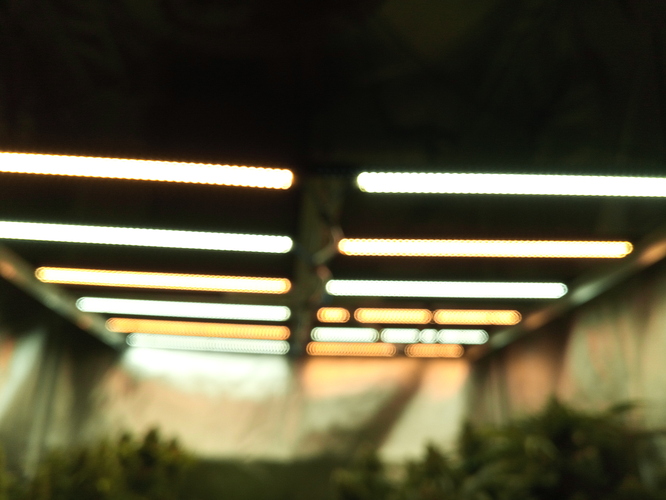 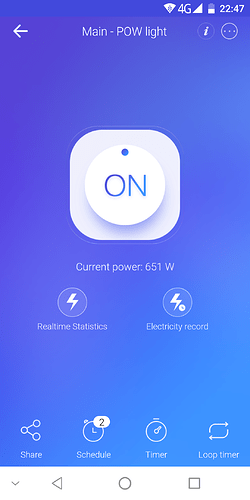 I posted this in another topic

Having not used them, I can’t speak for the SolStrips but would always support a brother with a good product. These seem well worth a look. Otherwise the Samsung themselves IMHO are hard to go past. https://www.digikey.com.au/product-detail/en/samsung-semiconductor-inc/SL-B8U4N90LAWW/SL-B8U4N90LAWW-ND/8536575 I am running these at 1.35 Amps where they are pushing 200 lumens/watt. I have tested various temperatures of these for different stages of growth. In the end the 3500K for these…

Thanks @slain for pointing that out, I noticed that with an Afghan #1, now I don’t know if it is still a good move to change to LED, any ideas with this?

Actuallty that doesn’t look too bad, Iv’e seen them much more stumpy but more red is the answer. So some 3000K or 3500K strips. That will get you more like this: 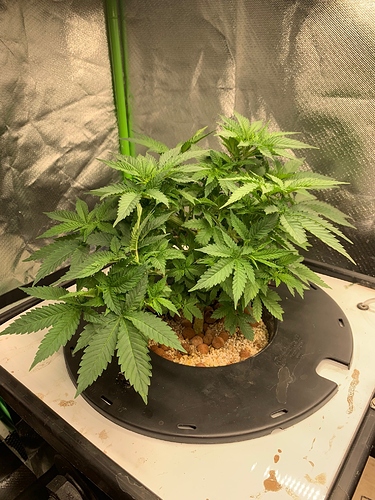 The driver/power supply is what hurts the most

$9. One per strip. I just mount them next to each other on some upside down ally channel in banks.

The only measurements that count outside the spectrum IMHO is the actual amount of wattage consumed and the amount of lumens/watt. All those ‘equivalent to’ claims are total bunk.

Dilemma is solved, another solstrip rack. What a first harvest! 4hrs of trimming, not fun lol