A friend of mine, @Shiv9545, is from Maharashtra state, India. He has some valuable knowledge to share with us about a topic many of us know little about…landraces from India. It is my hope that we can learn some information from him and his friends about one of the world’s “Mother countries” of all landraces

Thanks a lot my brother for appreciating my work.yeah brother I love to show my presentation mainly in sativa landrace.im glad that I got dis platform to shard my some knowledge to you guys and I would love to share whatever I have in collection for now.

You think you could upload us a picture of that beautiful Revadi landrace you just reproduced? To upload a picture hit that flat bar with the arrow facing up that is located below this word…

Really willing to see it, thanks for sharing it with us and welcome on board …

different beans I will being needing

all the best and enjoy the day

there are still many land races from India that have not been contaminated. We know so little about many of them. Until recently, I only knew of the Himalayan landrace Malana, the South Indian landrace Kerala( there are more than one which I didn’t know until last year) and manipuri. It turns out, there are probably hundreds more landraces( or at least old heirlooms) , and many of them have multiple different cultivars that have been grown by families for hundreds of years. A true Gold Mine of genetics, mostly unused in modern breeding in the West. Want to make something unique and new? Get yourself an Indian Land race you never heard of.

Check out this topic for howto: How to upload photos to Overgrow 📸

@Upstate That’s so true brother, so many pure landraces are grown in all over India by villagers and some passionate collectors of cannabis.

@LemonadeJoe Thanks I was looking for it only,but confused in uploading oics

To upload a picture hit this button…

Better wait to be completely uploaded before hitting REPLY … 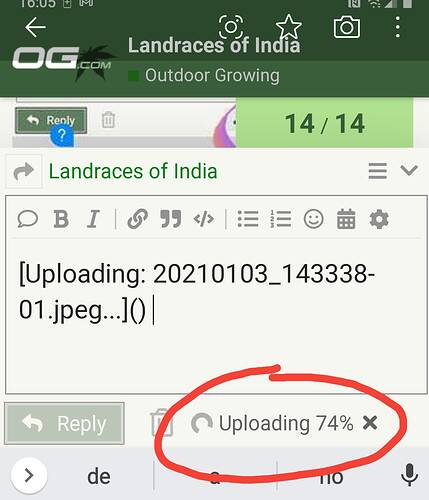 Screenshot_20210103-100257_Drive720×1560 242 KB
Hopefully @Shiv9545 can give us better pictures than these. These are some more Indian landrace heirlooms… one is from trimbakeshwar, and the other is from Matori.
One thing I have learned, is that genetics get passed around India the way they do here in the states. But instead of spreading around hybrids, they are spreading around their land races. So, sometimes, a landrace from the Hindu Kush ( or near it) may be found in southern India, or a South Indian landrace may be found in the North. That is the case with the Matori( the 2nd set of pics) Seeds were gifted at the Kumbmela celebration to a local Matori farmer, who has been growing them now for several years.
Another interesting detail I have learned is that Indian ganja can be remarkably short for a tropical variety. Pictures of Bengali Farms from the 1880s show plants near completion that are shorter than the farmers. Indian ganja Farmers have been taming these tropical beasts for perhaps thousands of years. A testament to the patience and skill of these farmers.
30 Likes
Shiv9545 January 3, 2021, 3:29pm #17

Man…can I send you some canadian seeds in exchange for some of your eastern landrace strains? Just kill the males so your true genes reign.

I’m running a couple now from ILE. The Orissa Gold, and Sheelawathi. Also had their Eastern Manipur going but it had a few male flowers so it got the chop.

This is a shot of the Orissa Gold from yesterday. She’s been running for 4 months on 12/12 from seed. I figure she has another 6-8 weeks to go. 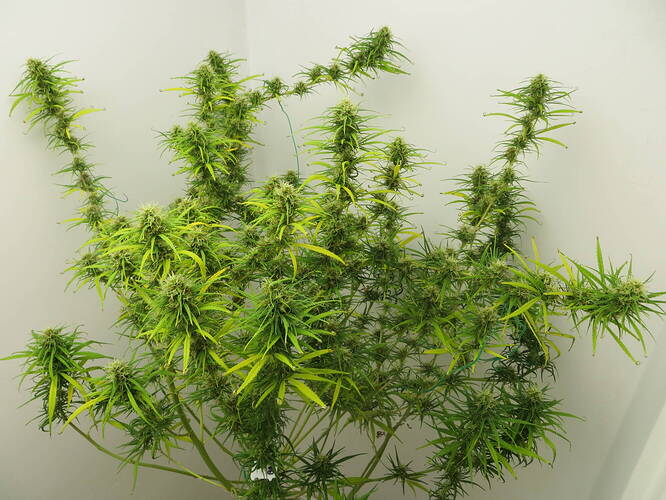 Do you find these stains are best topped or trained very early?..I only have 7 feet of headspace. That’s a clusterfuck of colas!!! Another 10 weeks to go?