Getting a nice little bonus this year before Christmas rolls around and was wanting to get myself a Rosin press. Was hoping to spend around 200-300 dollars total. Do any of you have a rosin press you recommend?

I have a Nugsmasher mini. Its good for smashing like an 8th at a time or so, which for me is just fine. I like to smash some of my own grow, but mainly still buy wax from my local shops.

If I had to say one thing, I definitely don’t use it as much as I thought I would, BUT, its still fun.

A nice sip of something fun every now and then.

If you’re looking for commercial grade, I have zero clue. 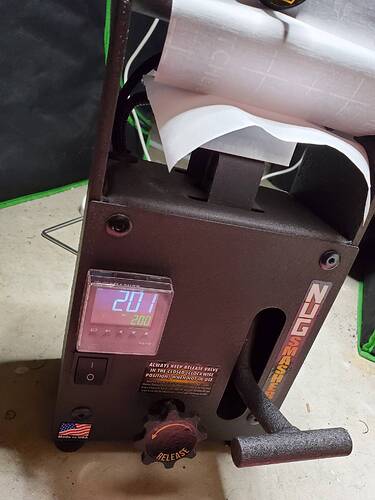 I like my Dabpress. I bought their low end model and with all the accessories (pre-press, mesh bags, storage jars, parchment, tools) I spent just under $500. Not sure what you’ll find in your price range. Mine is the 4ton model which sells for $369 (Currently 10% off for the holidays) but would have sprung for the 6ton had it been in stock.

I also picked up gear to make vape cartridges (pipettes, carts, terpenes, etc). And a decent dab rig. And a portable rig. It adds up! My name is BarefootAndBlazed and I suffer from Gear Acquisition Syndrome.

and I suffer from Gear Acquisition Syndrome

I have a Nugsmasher OG. I like it a lot.

I have a 20 ton shop press in my bedroom lol it’s a long story,think I could rig it up to press weed,just need 2 plates to heat

My first press arrives today! (well other then a hair thing)hoping to get some info, didnt see any extraction type sub pages ,rooms whatever 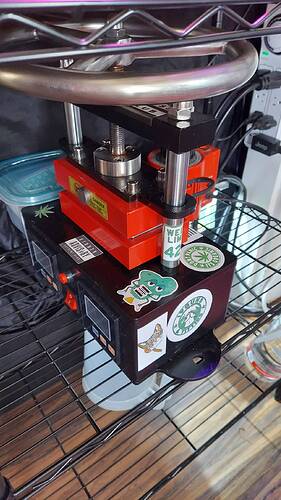 does rosin need any kind of a CURE after pressing?

It doesn’t really need any IME. Some people do cure it, though… quick info that I found.

HOT CURE ROSIN
Hot curing involves applying some kind of heat cycle to your rosin, and there are a multitude of ways to achieve this. However, the most common hot cure method involves popping the jars in an oven at around 200°F for an hour or two, and then allowing them to cool.

Ultimately though, there are no hard or fast rules regarding the temperature or duration of this heat cycle, and we highly recommend that you experiment with both variables.

COLD CURE ROSIN
Conventional wisdom has it that hot temperatures tend to degrade the volatile terpene profile of your rosin, and while it’s highly debatable how much is lost with a hot cure method, many terpene conscious rosin makers prefer cold curing instead. The belief being that cold temps help preserve the delicate terpene profile of solventless rosin.

As with hot curing there’s a huge amount of variation in technique with cold curing. Some may simply use room temperatures, others may pop the jars in a refrigerator, and some even use a freezer. Again, we recommend that you experiment with both temperature and duration of your cold cure.

Thank you Sir @iamyou_youareme (the beatles?) was wondering.

That and many others… the idea has been around for awhile