Lighting what to get next

I’m thinking about stepping into the 21st century which means to me updating my lighting.
I currently run 600 variable transformers, 600 hortilux lamps and forgot the name of my hoods.
So now LEDs, cobs, are they actually worth it?
I want something that’s gonna run cooler but be a step up of the 600 and produce better than an how, if that’s possible.
I know most is growers capabilities.
These tents are 48 x 32 x 54 these fit perfectly in my closets. I’m doing right at 60 watts psf.

Check out this thread, this is what I will be ordering.

I have a small grow divided into two rooms that I used to light with 1KW MH and 1KW HPS. Ducted hoods exhausting to the attic. I started with magnetic ballasts and I ran a dehumidifier so things got warm in the summers. Upper 80’s F was hard to maintain. Eventually I bought a couple of digital ballasts and dropped the heat load so I could maintain mid-80’s in the summer.

Then I went on the recommendation of a couple of friends and checked out Fluence. They are expensive. $1500 SPYDRx PLUS I tried the first one out in the flower room. I have heat to remove from the room still but nothing like HIDs produced.

The quantity and quality of the flowers are better than any I grew under HID. I bought a second one of the above for the veg room. 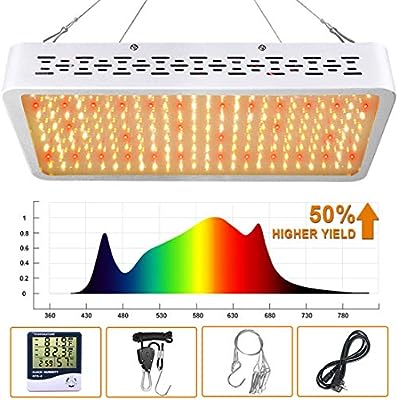 This is the one I’m running in the Tent

They can grow quality Nugz for sure. 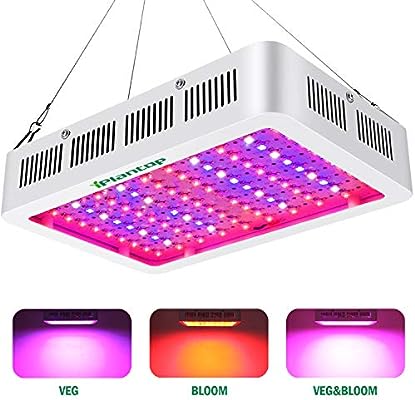 I got this one as well , I like it too … ran it by itself in the same tent and it didn’t disappoint… these are the ones I could recommend, good bang for the buck, I’m sure there’s better, I’m new to led but I’m going to stick with these for the moment.

Yikkes! Man am I am totally in the wrong business! If you are slightly DIY inclined to give you an Idea, for this same kind of money one could build an LED rig that would output nearly 400, 000 lumens (6414.78 umol/s vs 1530 µmol/s) and draw 2 KW at the wall, so enough light for a small hanger lol and all with top shelf parts as well.
I use the samsung 1200mm strips for mine but I believe the SolStrips use the same diodes and maybe cheaper if you are state side. It is seriously worth the slight frig around the build your own IMHO, there is no comparison when it comes to bang for you buck and you can build your light frame to the size of your canopy and get better coverage this way also.

You are correct on everything you posted. I chose a plug and play.

Yeah I can totally get that, not everyone wants to up to their ears in making stuff when you can get plug and play, sos if that sounded like any type of criticism, it wasn’t meant that way at all, it’s just a shitload of money lol.

LEDS are nice if you need lower temps and dont need the radiant heat the HIDs produce. The Solstrips are a great choice and are a much better choice than cheaper burple LEDS.

I’ve tried the two cheaper lights “400 watt” cobs with a 240 watt draw just to get my feet wet but the didn’t produce well and they ran a couple cycles before dimming as sections and individual LEDS in the cobs died and then total failure. A waste of money if you ask me.

I have 4 Solsheets running off two 320 watt powersupplies on 18 strips a mix of 2700k and 3500k strips in a 5x5 tent. They are passive cooled and haven’t gotten over 36 degrees. I can spray in my tent now without worrying of an exploding light bulb raining fire and death upon me which is nice. They produce an even coverage of light filling the entire footprint of the tent so plants on the tents edge produce as well as the center. They produce well and the final product is amazing two years and no problems. I plan on revamping the veg tent one of these days with solstrips when i have the time and money.

Ok. This post made up my mind for me. Been toying with some change ideas but now I think ill try a few strips in the flo room before i overhaul completely.

A few pics from a recent grow 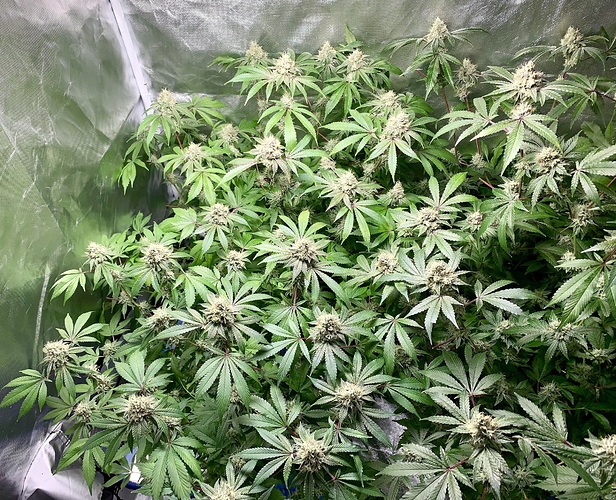 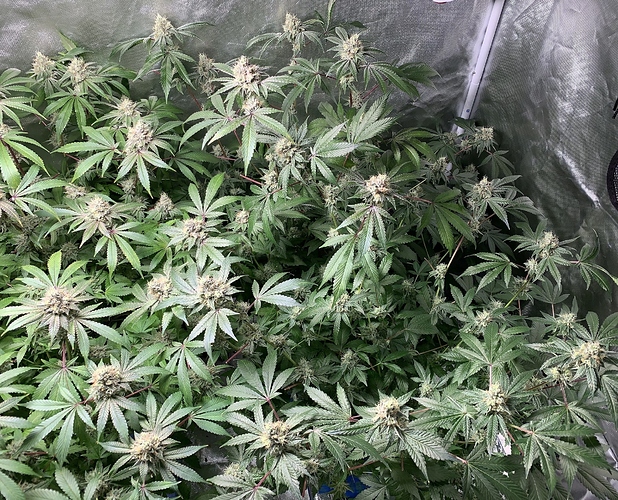 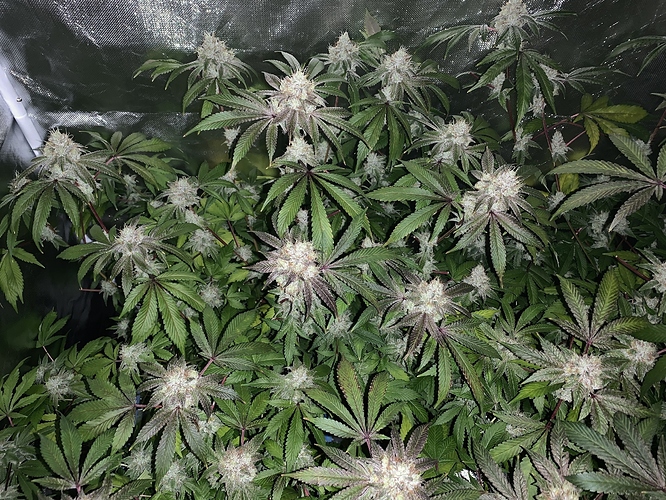 Agreed! Solstrips are ready to go, their customer service is fucking fantastic, and they are owned by an OGer!

I run quantum boards from Atreum which are very similar diodes to Solstrips but on future build outs I’ll be using Solstrip.

What kind of price is on these, I’ve asked before but no one seems to want to say.

So now LEDs, cobs, are they actually worth it?

Yes. I switched from an expensive 1K in a cooled hood to a rack with 12x solstrips at 3500k and 4x solstrips red/blue.

They draw just over 500w, and have given me

I’m a believer, and expect a much better yield from 1/2 the power draw

This is middle of week 3; I cannot keep up with defoliation 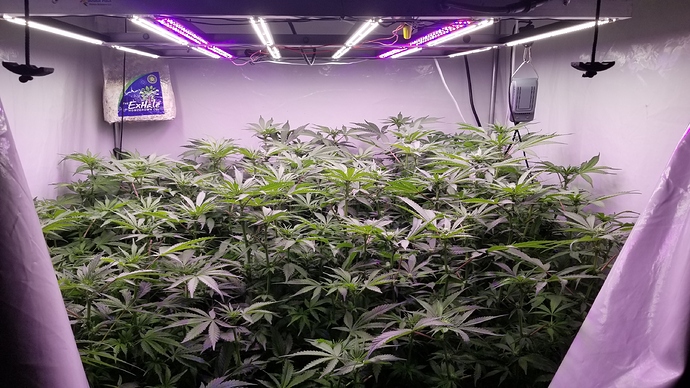 Go to the site. Plenty of info.