Plants got Overwatered - Are All My SeedsRuined Now?

Long story short- I’ve used coco for years with no issue, but in a quest for better yields I switched from flood and drain bottom feed, to top feed via tubing.

I noticed one of the plants had some dead leaves around the bottom, but I thought it was because it was getting close to finish. I didn’t think much of it, but a few days later I noticed several other mature plants had the same issue.
I picked up the pots and realized they we soaking wet and had been over watered ( same thing happened on my last crop - but the buds came OK).

These plants were hours of work doing the hand pollinating and tagging all the branches. Some of the seeds are already dark and showing through the pod.
The leaves are drooped badly ( I cut off all the fan leaves a few days ago), but the stems are still firmish and won’t fold or bread when tested.
If the seed is ruined, I’ll chalk it up to experience and toss them. I have several more plants coming in right behind them that are also seeded.

If the seed is bad, I’ll probably just qwiso it and compost it all.

What do you think? Does the stress build character or crush chromosomes?

@Non_Profit I think your seeds will be fine. Just let the plant dry out, and finish them as you would like nothing happened. They may not be as pretty for buds but the seeds should be fine. This is a very tough, durable, and forgiving plant for the most part.

Let the plants normalize and let the seeds continue to develop. It’s a tough plant. Ripe seeds are ripe seeds; doesn’t matter if the plant got super stressed at any point in flower. You may get less overall seeds though.

Let the plants normalize and let the seeds continue to develop. It’s a tough plant. Ripe seeds are ripe seeds; doesn’t matter if the plant got super stressed at any point in flower. You may get less overall seeds though.

That’s what I’d hoped for - but some of the sources on the interwebs said it would damage the genetics, But I say |what doesn’t kill you makes you stronger"
I was considering it like an outdoor plant that got too much rain late in the season. The smell is still the same, but a lot of the small sugar leaves are a bit brown and crispy. I let them dry, then gave them a light flush, let them dry again and then a mild 5% nute solution flush in case they need any nutes to finish. Do you think the germ rate have any correlation to the overall plant quality?
I’m not as concerned about the yield as I am the germ rate and quality. I wouldn’t want to send out bunk seeds- even if they were free.
Or if the flower tastes good they should be OK I guess…

Now I need some guinea pigs…

Consider the seeds separate from the plant once ripe, brown, and splitting from the bracts.

If someone pollinates 2 sour diesel clones, and towards the end forgets to water one and almost kills it, the seeds from each will have identical genetics.

I very much doubt there would be any difference in germination rates. From it sounds like they’ll be right as rain.

I very much doubt there would be any difference in germination rates. From it sounds like they’ll be right as rain.

I was cautiously optimistic about them, but it’s reassuring to here it from someone with more experience.
On all the seed plants, I was just going to let them run until the start to drop seeds.
Is there any issue with flushing a healthy seed plant at the end of the cycle?
I wouldn’t think so, but I’m trying to eliminate any possible avenues of failure.

BTW - if they go bad, I’m totally blaming you.

j/k Thanks for all the input, I really appreciate it. I’ll still probably throw out the 1st batch(es) in packs of 20. (3 crosses on each 1/2 gallon plant)

Or at least some light hail.

I’m just curious or you can say nosey, what strain is this and where’s that baby’s daddy ?
Like everyone else is saying, after that light flush, continue your grow like nothing happened.

It was my first serious attempt at making crosses. I hand pollinated individual branches on each plant. I wanted to cover all my bases so I crossed everything I could. 4 Kalichakra plants 2 males(# 2&3) and 2 females(#1&4) and also some Nirvana NL, 1 male(“C”) and 2 females(A&B). Crossed the KCs with each other and also with the other KC
So I guess it’s KC2XKC1 (and KC4) and KC3XKC1 (and KC4) and then NL males onto KC1&2
and then the same with the NL - hit both females with pollen from each of the KCs - does that make sense?
KC3XNL “A” and KC3XNL “B”

I can make a crappy MS Paint diagram. I got mad skillz.

4 plants of kalichakra, each with individual branches that were crossed and outcrossed. 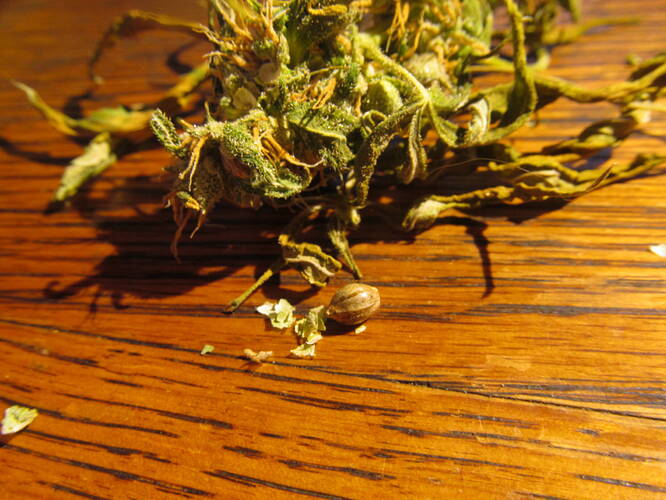 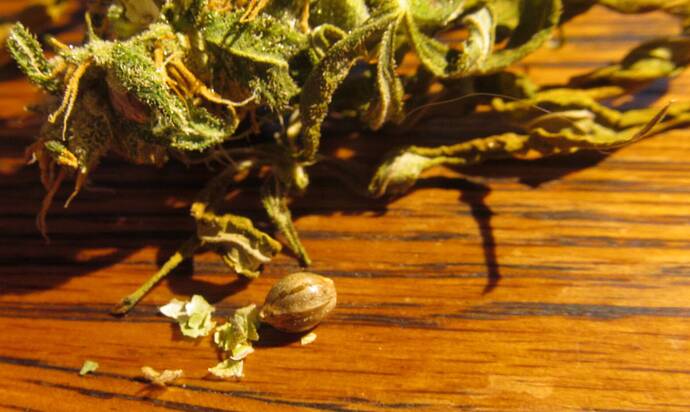 LARF sample from the bottom.

I think they’ll be fine. The plant will sacrifice itself for those babies so any damage is probably superficial. Also some people claim you can’t overwater coco…which probably isn’t true lol, but it’s not as bad as soil when soaked

This is a lie.

I’d heard the same thing. I switched from passive bottom watering to top feed and had overwatering issues in the first two crops.
Originally on the 1st crop I ran 15 minutes cycles because " you can’t over water coco" and the only timer I had handy did 15 minute increments.
So for the 2nd crop I bought a new timer and greatly reduced the amount of water but even with just 2 minute watering cycles going on 3-5 cycles a day…

I still had problems.
I still like coco, but now I’m working in some fabric pots with soil too.

Ya I agree, I think it’s one of those stoner science things. It does seem to hold more air than most soils though so overwatering probably isn’t as bad with coco.