WTC, what kind of smells do you get from the Jacks Lavender?
I’m intrigued by Lavender strains lately, but don’t see them turn up often.

(Mostly, because one of the parents of Ultraviolet Auto is a Lavender, and I’m wondering if that’s where it’s extreme smell comes from)

@lophophora.ca give us more details! What are those seeds from? They are crazy unique looking!

@firehead are you looking for some Lavender? I have some Lavender F2 made by @PlantShepherd that I can send you.

Thank you, @firehead. The seeds are Diamond OG and the product of a six-on-one pollenation extravaganza.

That’s pretty much it, but the full details are in my topic.

This week I chopped down a pollenated female. I wasn’t sure how much extra flowering time if any would be needed for seed production until the seeds began to rattle loose from the plant on their own. Turns out an extra week was plenty in this case. I decided to try making some seeds after growing thirteen male plants in a row. The first six plants I took the time to train and grow surprised me with balls once they began flowering. Successive failures prompted my decision to start plants und…

Mainly Sour skunk…
but there is a lot of Jack Dominance! Jack herer is a pretty dominant strian when breeding with it. But I love Bodhi’s Lavender Jack terps

Glad to see people sharing the love. I actually didn’t make them, heritagefarms did.

There is alot of fire in this thread.

I have Ultraviolet x Tahoe OG seeds! Been hanging on to them for about 7 years! My buddy who gave them to me was calling them Tahoe Sunray! I grew them out 7 years ago and it was definitely some fire and big healthy plants. I was planning on crossing it with Kens GDP and if I get a male I might make more Tahoe Sunrays! We’ll see

Close up on the ylly f2s. 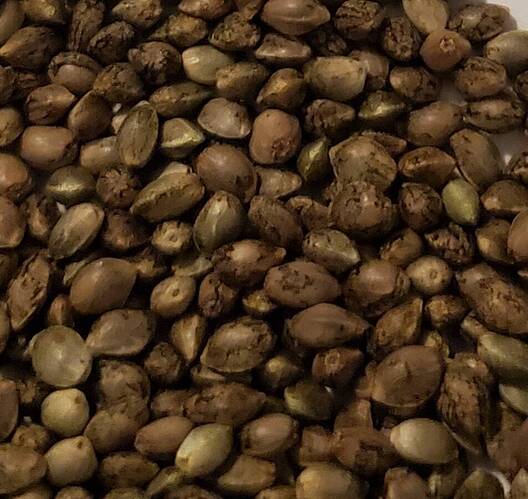 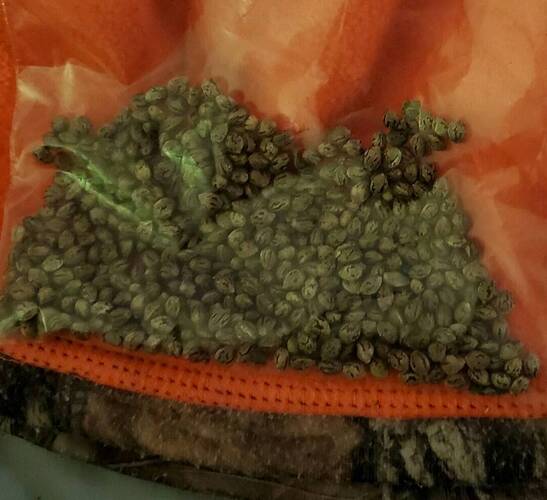 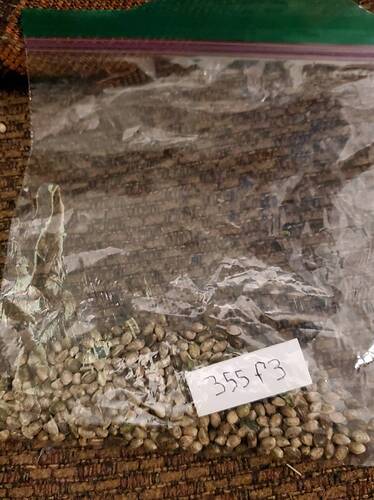 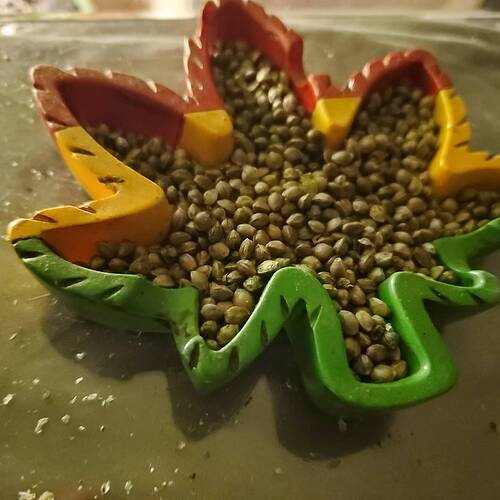 8/10 the first time, then 10/10 about a week after that. I think they look that color due to the lighting where I was at when I took that picture

Thats from a tiny plant. Black Creams (4) to be separated next week with a lot more seed!

Mom had a unique clove like scent separating the seeds. The GF came home and was like “whats that smell?” looks over, sees my hands in the tray breaking up buds / separating seeds “Thats not how it usually smells?”

Gotta agree… So I kept the rest of the “bud” matter, let it dry / cure a bit then I’ll see what it tastes like. 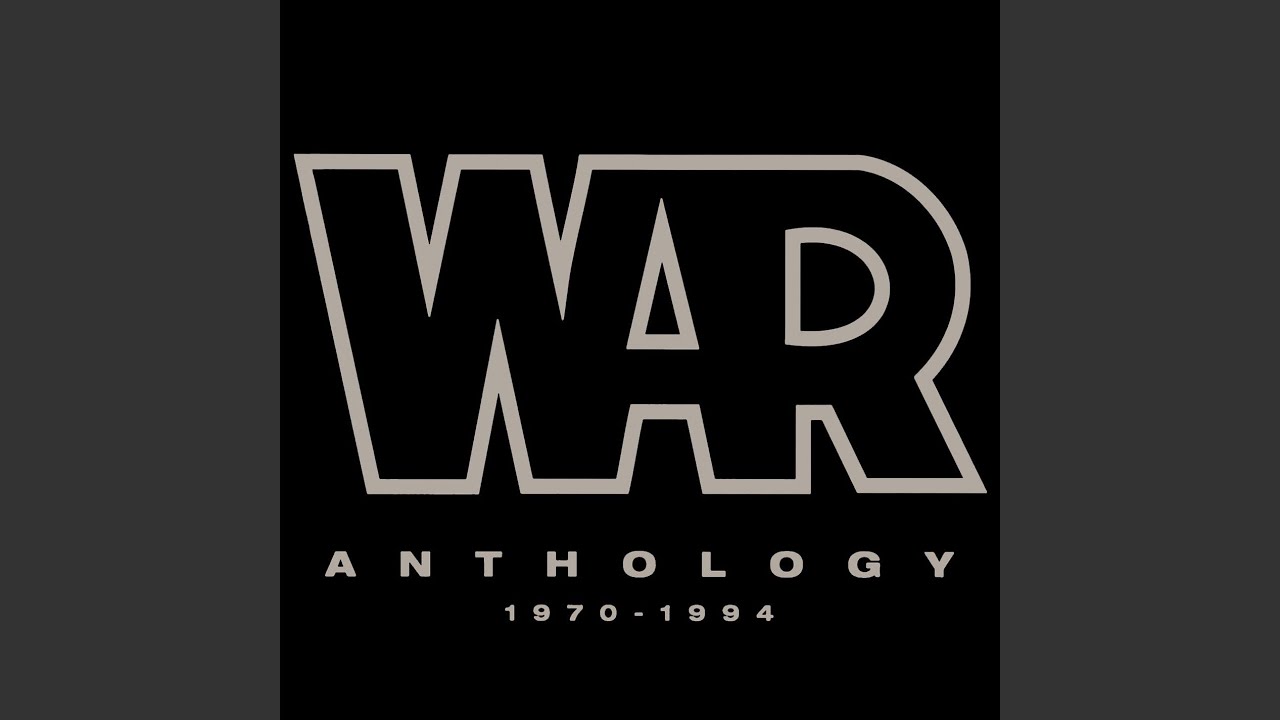 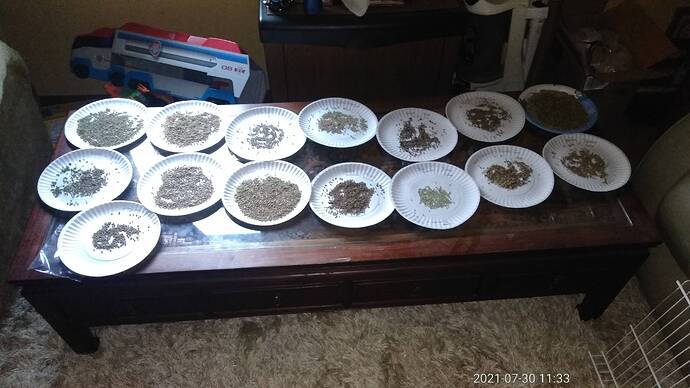 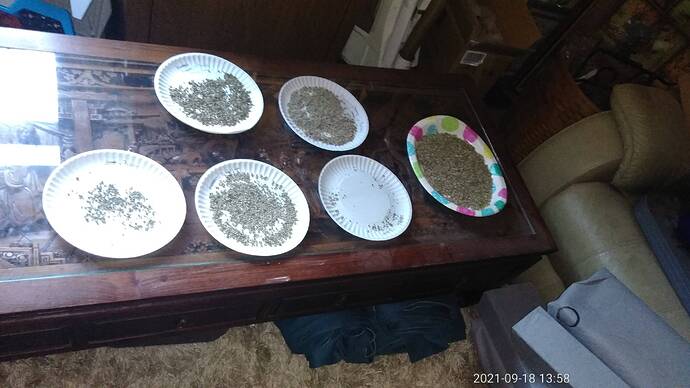 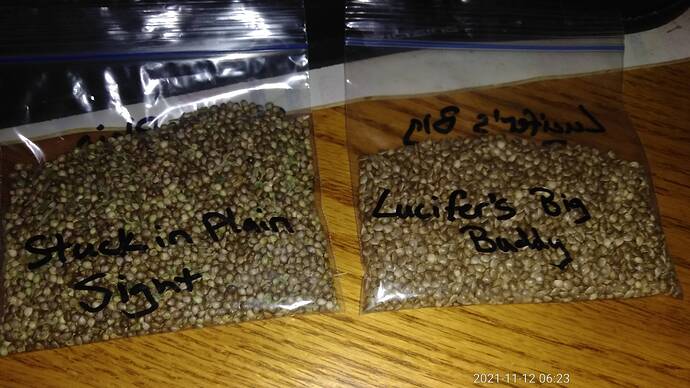 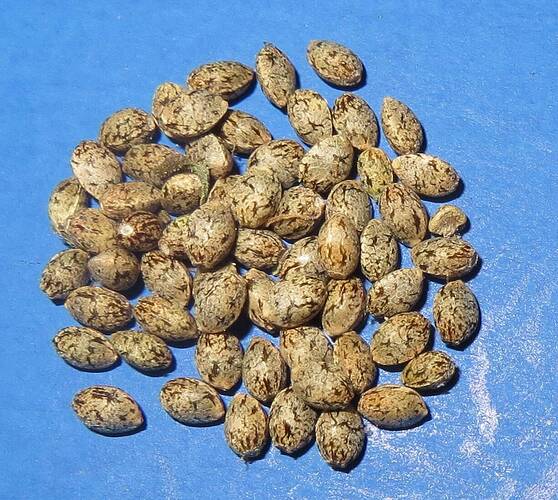