Absolute Beginner on a Budget

Yeah, I should be able to get all that readily… actually. How long does peat moss keep?

My grandmother who had to come to terms with losing her mobility, bought a whole bunch to use last year, completely ignoring the fact she physically can’t tend to her flowers herself. So there is a good deal of it over there, if it’s any good still, otherwise it’s probably on it’s way to being compost anyways, right? Just have to be a little creative with the reason I ask, lol.

My sister was wondering if we could grow some veggies too, I told her the space is free if she can chip in for some more light. Thought about some tomatoes and some strawberries. This is a good excuse to give my grandparents to pass down some useful stuff they have. We’ve decided it’s ultimately probably better to just not tell them about my medical use unless we have to; they aren’t long for this world and would receive it with conflicting feelings. They are anti recreational for sure, and I just don’t want them to have to deal with that stress.

So anyways, I do have a minor anaphylactic reaction to strawberries when I touch them(more so the juice rather than the skin); is there concern of crop cross-contaminating? Botany was never a subject of interest before but I know physics, chemistry etc. So sorry if I randomly ask a dumb question. I keep my lawn alive, that’s about it. My part in this is most muscle and brains. Caretaker will be tending and monitorIng for the most part so I will have minimal exposure to it aside from cleaning the room or transplanting, things like that.

FWIW- “Caretaker” is my mother, who is too busy to learn much, but was willing to tend to them every day or two.

No sphangum peat moss does not go bad. It’s already aged plant matter from a peat bog. That recipe should make tending plants much easier for your caretaker. The hardest part is learning to water properly.

There should be no issues with having strawberries near your plants. The compounds in the strawberry will be broken down by the soil microbes into the ionic nutrients plants can use.

Alright, we’re getting some things cemented. The grow room will be about 4ftx4ftx8ft. Most of that will be not be used yet, considering partitions. Will depend what material I get for the walls.

https://www.homedepot.com/p/203478327
Found this stuff, should work well, and not terribly expensive. Right? My other options are 2-4mil plastic sheeting with moving blankets. Worried about two things; if that plastic gets too hot it is a huge fire hazard. The flame retardant kind is expensive, but possible. The second thing would be the opacity of it. The moving blankets are not fully opaque on their own and the plastic surely isn’t.

So, I think the Viragrow stuff is the winner… right? (Almost seems too easy) Its more reflective, more protective to someone accidentally switching the basement lights on during the dark cycle, and more durable. For the same price. Anyone else build their own tents? I plan on using timber frame attaching to the plastic.

For real time monitoring, +1 for the Pi, Mycodo and a cheap real time pH probe and EC probe. I’m using mine to establish known baselines for my DWC systems so I don’t have to monitor them constantly. It’s been a god-send for helping me dial it in, and it just helped me figure out I just dumped pH up into my res instead of my bloom nutes while I was stoned

If your hand with building things, you can always build a box for your garage. My has extremes in both heat and cold. It’s unfinished. So I have reflective insulation on the inside of the box so it helps control my temps from the outside.

It works. And it’s easy to work with.

Pics or it didn’t happen. Lol

I went shiney out. 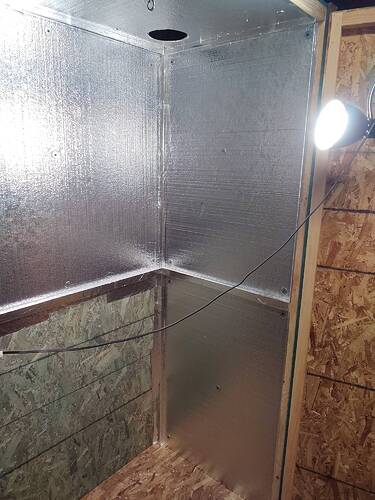 Highly advise against using cat/dog feces, or hot compost and age it for a long time before use. The guinea pig poop/bedding can get composted, fed to worms, or even used directly in the soil apparently, as with rabbit rabbit poop.

That’s what I was thinking, herbivores only. Also apparently the rest of the household was down with the idea of a worm box, because it’s cruel to the worms… so uh, is it? They don’t die, right? You basically just feed them and take their poop.

Even if you don’t sift the worms out, they live in your plant container and get fed too lol. If you do your part, they breed and thrive. If you go fishing, unlimited bait supply!

That’s what I was thinking, like the worms are part of the soil. I want them to live, lol. They make plant nutrients while they live! Someone thought they’d just get starved to death, either by over population or something. Sometimes people think too much.

Getting close to time, just finding the final pieces. This is the fan I’ve picked out, the grow room will end up around 10x5x8/9ft depending how I deal with the ceiling. I have two options, use extra grow tent wall material to cover the ceiling, or leave it expose to the floor joist and sub floor. Not really happy with either plan, but it is what it is.

This is the fan I plan on getting to start with, anyone have experience? I know it’s too small for the total room, but I will be partitioning if I have extra material, so the actual room might be smaller to deal with my lack of light and air. Also, I plan on putting the filter and fan inside the tent, but is there any benefit to other arrangements?
https://www.homedepot.com/p/Hydro-Crunch-100-CFM-4-in-Booster-Fan-with-Carbon-Filter-and-Aluminum-Ducting-for-Indoor-Garden-Ventilation-202080-201131-D/303337739 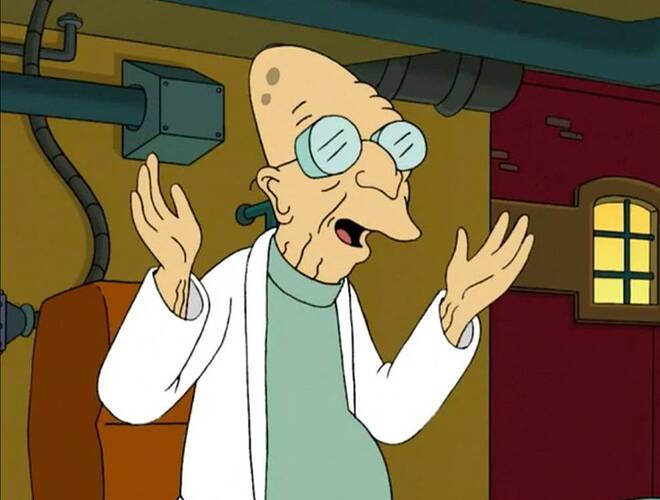 Do to budget concerns I’m looking at two possibilities: either wait to grow for a few months (keep shelling out for med price), or grow open air. I can not afford a tent or any ventilation, barely even some soil.

So… I can see a few ways to go with this. I can block the windows in the basement so it’s MOSTLY dark, but I can’t prevent other small incidental light sources in the basement, like the water heater. LED indicators, pilot light. Gas furnace. Is this too much pollution? Another option; clear out the coat closet and try that. Downside is of course ventilation, again, I can’t afford much. I can pop a little circulating fan in the closet, but that’s it. Which will make my plants happiest? Big, dry and cool basement, or small warm (probably humid too) closet? And what about smell? I can probably get a fan and filter in a few months, hopefully they won’t put up much stink before then.

I read no light pollution ever, yet plants grow outdoors. It’s not pitch black there. Can you get decent yield in these conditions? Or should I not bother wasting the seed until I can give it proper care?

I say go for the basement grow and try to block out as much light as you can - you will be surprised at how dark you can get it in there. Go to your local fabric store and buy a yard or 2 of blackout cloth (it’s actually white) Cut it to be larger than the window, use self stick velcro dots and stick it in place when you want to block the light, and pull it off and roll it up when not in use. Some strains are more light sensitive, but you should be good to go as long as you do what you can.

For odor concerns you can always get some ONA gel and upgrade to a charcoal filter later on - they aren’t that much, I picked up a returned one on amazon for $20. I have grown in many different types of situations, and I figure that some smoke is better than none, so go for it.

Just wondering why you want to stick with autos?

Actually don’t anymore; was more a convenience for the first grow.

We may try, I’m worried about bugs. We have plenty of bugs down there, not necessarily anything harmful. Yet.

Yeah, bugs can be pesky critters, but as long as you are aware they are there, and you integrate a pest control plan and stick to it, you should be fine, although every situation is different, and I am obviously speaking out of my ass because I have never seen your setup.

Another option is to make a cheap grow tent out of pvc pipe or wood and cover it with either visqueen or panda film or garbage bags, and a fan.

As far as “wasting seeds” - OVERGROW THE WORLD!

this is OG - we have you covered - plant those seeds!

Tent will be made from lumber and panda, hopefully within a month or so. Just trying to get these at least going until then, should have some updates after this weekend, hopefully some seedlings next week!

Autos would work well in an open air environment. You wouldn’t need a tent, just a circulation fan, some lights, and a pot with some soil. I could even send you some autoflower seeds to try. Just hit me up in a PM and I’ll get you sorted.