Hi everyone! Noob grower finishing my fourth run, Sour Saunders (ECSD x Sour Dubble) bred by People Under The Stairs Genetics. In veg I’ve got Kitchen Sink (GMO x Sundae Driver) bred by Cannarado, Chem Cake (Wedding Cake x Chem 4DD) bred by People Under The Stairs Genetics, and Grape Preserves (Grape Pie x Runtz) bred by Clearwater. Unfortunately, the Chem Cake is looking like a male but am still planning to use it either way, nice smell and great structure, vigorous grower, not picky…will pollinate a branch of Kitchen Sink for fun and practice.
Some previous work: 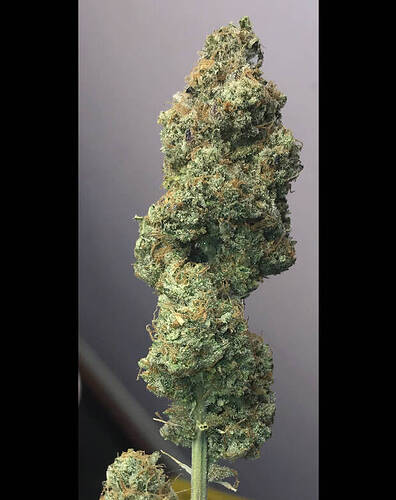 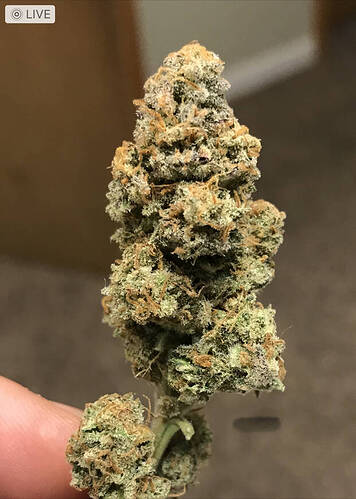 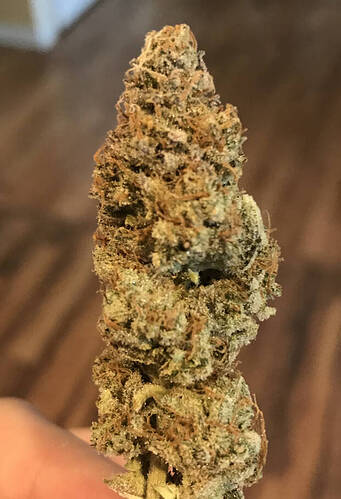 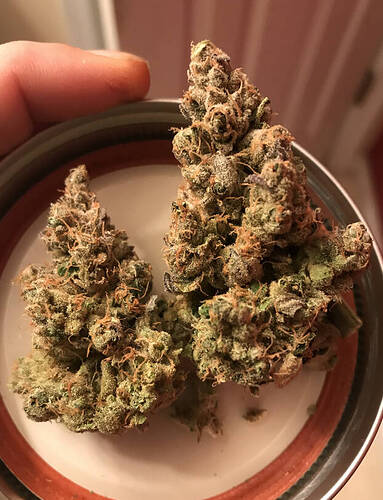 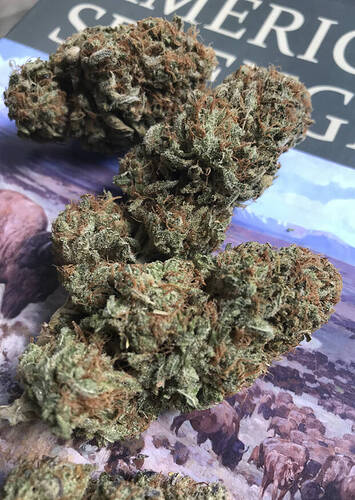 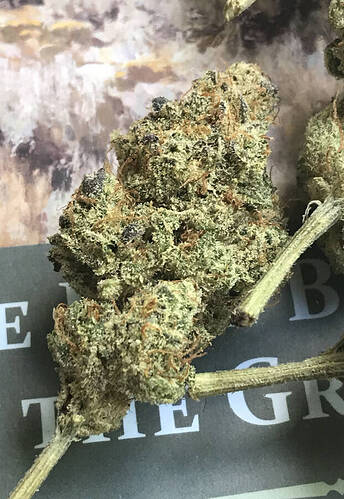 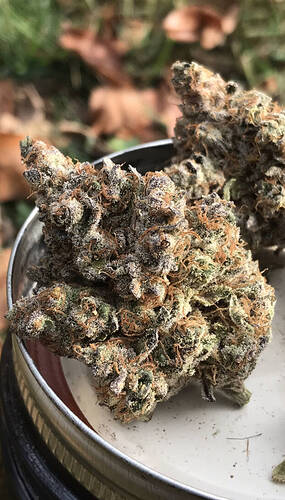 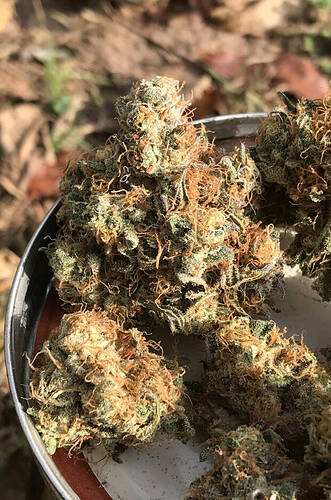 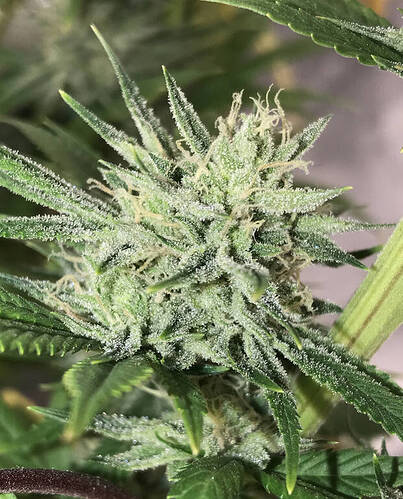 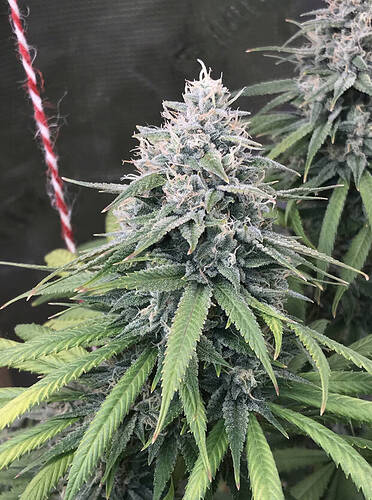 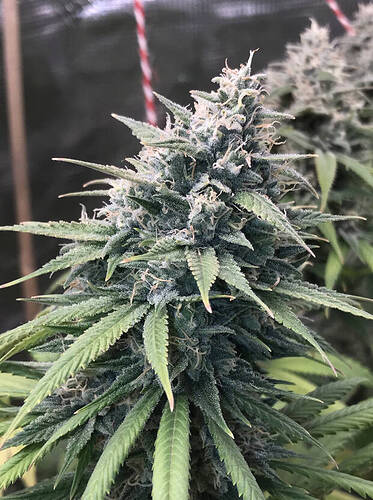 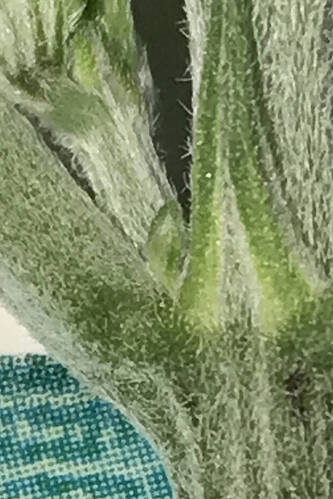 Bud shots look good and your running some interesting packs. Im tuned in.

Before the Matinee Crowd rush in, I’d better take a seat in that Corner over there. Pardon me, @Grohio, didn’t mean to step on your feet. Nudge me when the Main Feature starts. Beautiful pics you got there. SS/BW…mister

I’ll just park my ol’ backside right beside Mr. Bee (that way I can blame him when ‘I cut the cheese’)

Im usually the one cutten cheese.

Pardon me, but you dropped these and several other packs at the door @misterbee 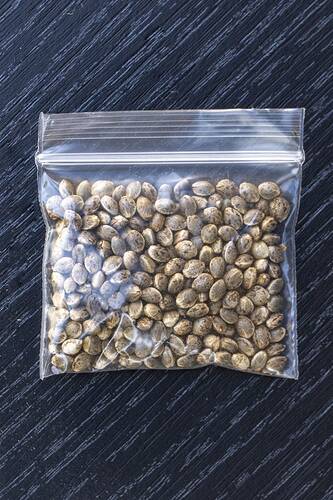 Ready to see the Kitchen Sink in action

Thanks everyone, appreciate you all stopping in! Still figuring the ins and outs of replying and all (I’m technologically illiterate to begin with so it’ll be fun lol).
I’ve been very lazy with training the last three runs so I’m experimenting a bit with Kitchen Sink, hst, lst, heavy trims, etc…the only thing that really makes her unhappy is water schedule, too early or too late and she really lets you know. 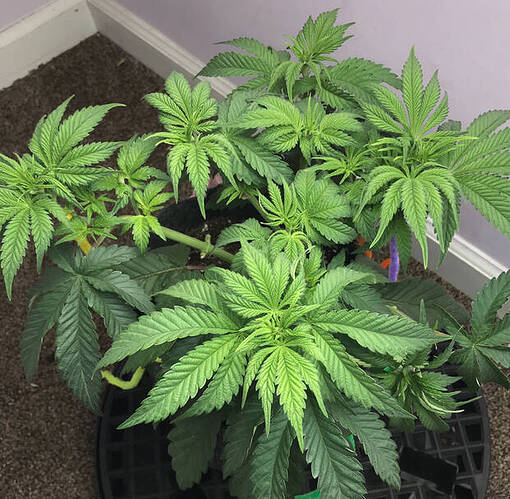 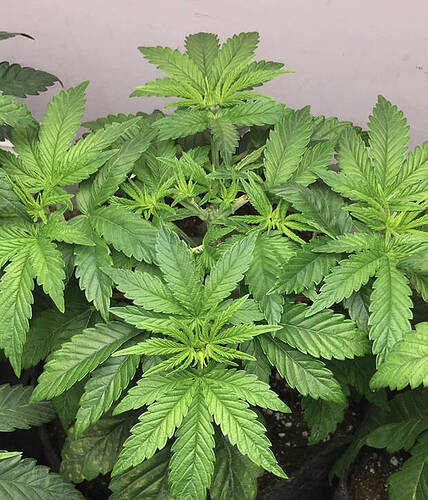 image621×724 96 KB
Things will be more exciting in a week or so when I get Kitchen Sink into flower tent. In a few weeks will start my next veg round. I want to pop either Cosmic Lotus from Mountain Organics or might wait for the GG4 RIL from Tony Greens to get here, also have a pack of Ghost Punchers from The Heart and Soil Project that I’m really interested in…Lol idk.
7 Likes
TreeTop January 3, 2021, 11:42pm #9

Thank you, really appreciate it! Hoping for a smoother run this time, last one was bumpy for sure (had a Clearwater herm on me around week four, possibly pollinated my other plant).
That said I’ve only had two herms, one being that Clearwater (Brain Stew) and the other was from Archive called Hyper Fuel. Around week three just decided to go full herm like everywhere, never seen anything like it.
In both cases the companion plants were totally fine, no nanners or anything, no real environmental issues in the tent, idk sometimes just genetics I guess.
All of my People Under The Stairs gear has killed. I’ve abused the everloving shit out of them and never had a problem. I try to run his gear every time, it’s super solid.
Anyway, using this Grape Preserves as an experience plant, transplanted a few days ago and trimmed, hst, today. She could probably be a bit happier but it’s okay. 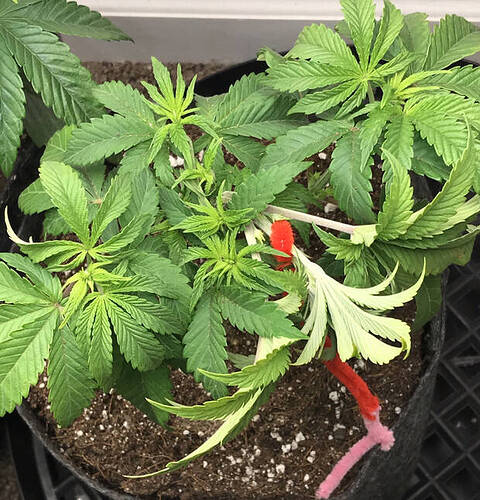 An early piece of Sour Saunders that’s been hanging a few days, I’ve been plucking laterals and popcorn since my timing was way off this run, I was lazy starting veg. 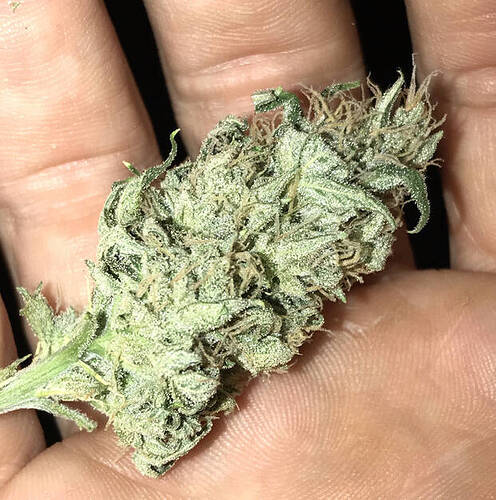 Decided to put four Blue Gonzo BC from Mountain Organics into paper towel to germ. Been excited to try these for a while, seems like a breath of fresh air. I’ve got like six Queen Sugar seeds from Thug Pug, popped four a while ago and just wasn’t really happy with early growth so scrapped them, thinking about trying again to see what all of the fuss is about.
Has anyone here grown out any MOB gear?

The Blue Gonzo never made it to a starter cup, I want to focus on Bodhi‘s Space Cowboy. Four of those in a paper towel since yesterday.
Experimented with some Thug Pug seeds, Queen Sugar, last time they were really slow to germ and a few stalled out so I wanted to try again.
And…lol same thing. After a few days only one had a strong tail, the rest had barely split, oh well planted the strong one hoping for fem.
Oh also Grape Preserves from Clearwater is dead lol, I wasn’t happy with the growth and she had no discernible odor so she’s gone.
I put my male Chem Cake into the flower tent a few days ago or something like that, he’s been happy needs a soak today: 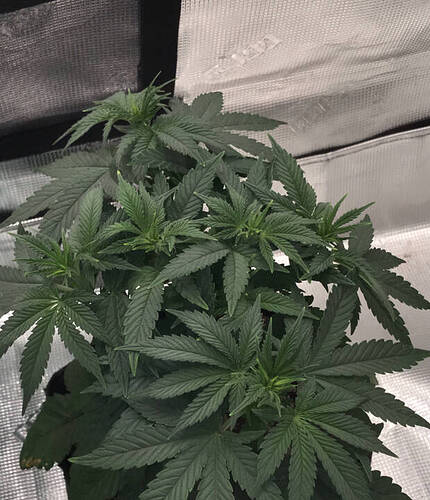 Decided to drop two Chem de la Chem and test my luck for a fem. In all I’ve got six regular seeds in germ and one regular sprout, should be at least one female in there.
Order came yesterday: 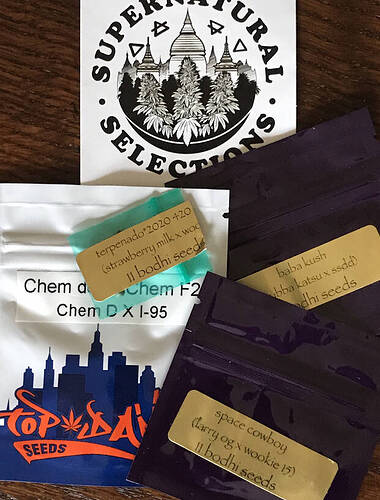 image621×817 85.5 KB
I’ve used Glo Seedbank five seperate times now and never had an issue, was nervous my first time ordering from him after all I’ve read but every experience has been excellent. Terpenado was my Bodhi freebie.
Another order came yesterday lol felt like my birthday, super excited for these: 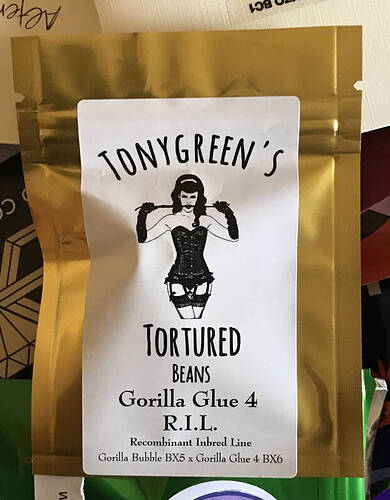 Looks like the TK x Runtz did pollinate the ECSD x Sour Dubble, got a few mature seeds out of her already, curious to see how many more I find when going through my jars. I am definitely planning to grow these out if viable, will give them a separate space to flower in case of herms. Pretty exciting.

Kitchen Sink decided she wanted to be a boy: 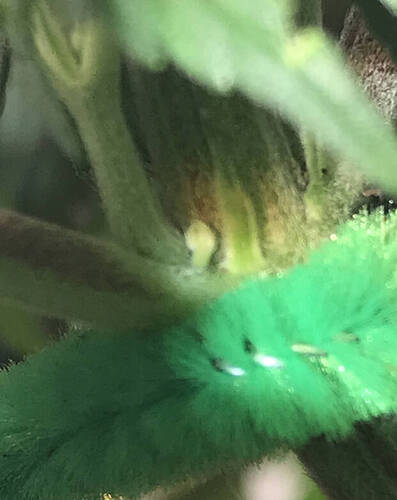 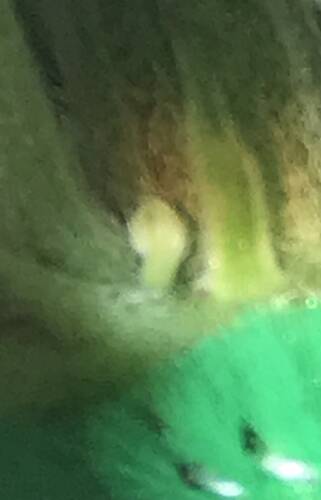 image1193×1853 239 KB
Lol, idk, no replacement plant going at the moment so going to focus on my seedlings. A quick 30 day veg and I’ll be putting Queen Sugar and Space Cowboy into flower, hopefully I’ll find at least one female. I’ve got a few Chem de la Chem and GG4 RIL popped and sitting in paper towels waiting to be put into starter cups.
Will clean out my flower room tonight, give it a good scrub and start again.
3 Likes