Off the top of my head, a few of mine are:
Speeding in parking lots
Any form of hate. Racism, bigotry, sexism, homophobia etc…

So… Let’s hear em! What really gets your goat?

Scammers. I have been scammed out of $4700+ this week. Got all of my credit cards and my debit.

Oh also people with no kids that have something to say to me when I whoop mine. Walmart is still where you go to whoop your kids

Oh also people with no kids that have something to say to me when I whoop mine. Walmart is still where you go to whoop your kids 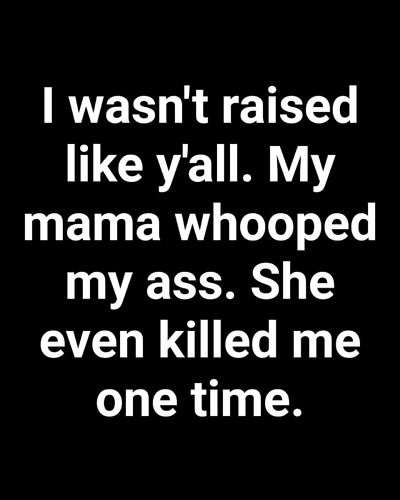 My list is so long-- I shouldn’t even think about it. I just accept that I am on the Asshole Spectrum.

Have a nicer day than yesterday.

Ooh! Speaking of kids. The people who let their kids run up and down aisles in restaurants! I always just want to stick my foot out and trip them or when they let them stand in the booths or kick at the back of your chair on airplanes.

Saw an Asian dad the other day, with a bunch of kids. One of the little ones barely started a fit and he snatched him right out of the restaurant. 5 mins later they were back with a whole new attitude! That Dad didn’t mess around! I wanted to high five the guy as I don’t see nearly enough of that these days!

I’d prefer you take it out on the parents, but (see above

I worked with Cambodians & heard about a family that went back, got off plane, father began smacking teen son around in airport. MPs or whatever(dudes with guns) come running up & ask the father if he needs assistance. They were there on a mission; he was left behind and his cousin emgrated using his ID. There is a whole community of American-born Cambodian teens that have been deported for crimes & ejected by family(allegedly). And they are treated poorly/harassed by the native residents, thus congregating for safety.

The only time I’ve ever said anything to kids or parents was at the market once. Saw 3 kids in the cart and the oldest boy, maybe 7 or 8 punched his sister and out of instinct I yelled at the kid. “Don’t you dare hit a girl”. It popped out before I could even think. He jumped out of cart and said something to Dad who was doing the self-checkout and I thought Dad was gonna get me, but alas I heard Dad say “See! That’s what you get!” I finished my own check out and slinked out of the store quietly.

That’s another huge pet peeve of mine! Men putting their hands on Women and those news stories about another newborn thrown in a dumpster left to die when we have all of those no ask no tell laws and they can safely be dropped off with no questions asked. Makes me want to rip someone’s arms off and beat them with em!

This is gonna snowball into “Meesh’s Peeves” like Andy Rooney on 60 minutes!

‘…and another thing…’ ‘…why is it that it’s called TAKING a crap instead of LEAVING a crap?! hmmm?!’

Haha! I know right! It started cuz of this a-hole speeding in a parking lot earlier and set me off!

Bad spelling and/or grammar, particularly in advertising or “news”.

People who are obviously thinking only about what they want to say while you are speaking to them.

Damn man I can’t agree with the yoga pants hate. Definitely agree they are not for everyone but there are some bad bitches looking great in em out in the world not just 4 or five. I gotta long list of pet peeves though!

All the misinformation in the cannabis Industry in regards to genetic history and the origins of many strains.
The fact that the majority of it is intentional due to peoples laziness, and greed and lack of general growers etiquette.
The fact that some very educated people on the matter are saying things like nobody has ever done the work to stabilize strains and the very common statement that all landraces are gone ( except there collection of course).
The general propaganda that is flooding the cannabis culture as a whole. Peoples willingness to boldly claim credit for others work.
The feminized seed movement as a whole.
That one cutting I dident keep to find out it was da Dankest one.

Robotic sales calls drive me insane. I usually get them when I have both hands full standing on top of a ladder. They will probably kill me one day

People who are obviously thinking only about what they want to say while you are speaking to them.

I admit, I catch myself doing this a lot in business. As an accountant for damn near 30 years, sometimes I can’t bear to hear the same scenario for the 57 thousandth time and find myself cutting to the chase in less than 3 seconds when I’m super busy. Hey, time is money when I’m working. lol

it really grinds my gears when people are left turning on to a one way street from a parking lot, and they are not left of centre, forcing anyone turning in to the parking lot from the street to have to drive past them, when they should both be able to turn at the same time … if i ever drive up behind some asshole like that i always go left of him and turn out before him

it really grinds my gears when people are left turning on to a one way street from a parking lot, and they are not left of centre, forcing anyone turning in to the parking lot from the street to have to drive past them, when they should both be able to turn at the same time … if i ever drive up behind some asshole like that i always go left of him and turn out before him

I have this feeling you haven’t spent much time driving in ‘uncivilized’ areas… places where there is no formal rule. I live in the 3rd worst accident-rate area in the US… but began driving elsewhere, where crime is nil & traffic laws are enforced Stazi-style.

The only thing keeping here from being completely 3rd world in regards to cars is the legacy of traffic lights & stop signs from pre-apocolyptic 20th century efforts.

I’m a big fan of the driver’s side flame-thrower developed in SouthAfrica for carjacking defense. And the original MadMax movie.

People, with bad grammer and spelling.

You made it onto your own list.
Unless. of course, you were referring to this bad grammer. 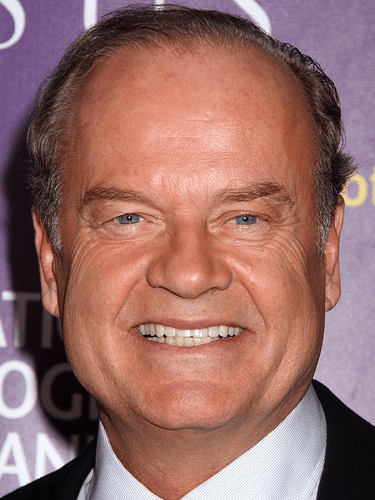 My pet peeves are probably too many to list😂

I’ll one day get it lower. Other things are more important than what annoys me to no end unfortunately.

When someone defends their ignorance and hate with a degree or that they’re about to earn it in the field in question. Sure you are and I have my Master’s in biology. We can all lie. I just did. I never went to college. That makes me really peeved and it happened to me yesterday too. I laughed the whole time and just walked away. I guess I may be working on this one without realizing. I usually trolled them to make them put their foot in their mouth after they try to cyber bully me.

Another one is when someone zones out mid conversation. Usually on their phone. ADHD I give a pass. You can’t control it when it grabs your attention that strong.

When someone asks me to do something that is not possible and gives me an ultimatum if it’s not done. Hold on while I clone myself to be in 5 locations at the same time and have both hands full for a hour minimum each post, but also I have to drop everything and do something 50 feet away in 3 seconds before I can even run there. I’ll stop complaining in this one. It boils down to bad management.

Thieves. I had a friend who decided they wanted to be a junkie and stole from myself, my fiance, and my friend who’s now sadly passed away. Overall $1000 was stolen in bills and I find out he’s why my bud stash would vanish so fast. He would sneak out a nug here and there while I wasn’t looking. Last grow I had a HP just shy anyways and it lasted around a month as the jars vanished fast. I personally smoked 20g of it and the rest went missing while I was sleeping usually as that’s about the only time they could get away with it.

What else… Again yes. Thinking every rowdy kid responds to spanking… I was spanked. They stopped when I got worse and violent. I started fighting back and winning. Sometimes non violent methods will work best. If I saw a hand coming I’d grab a heavy object and assume the defensive position hitting them if they came near me. As I got older I just had to remind them if they came near me that I wasn’t afraid of them anymore and if they came near me I wouldn’t be afraid to go to jail or die trying to kill them. If I’m any example to go by some kids get mean and actually become bad kids and some get PTSD sometimes. It just took some hot sauce and sitting me down to stop my behavior. Go figure! All I needed was to be explained why I was being bad and I got embarrassed to do it again. I’m autistic and while today it’s not easy to tell in person as a kid I was oblivious to nearly everything. I was too hopped up on the pills they kept shoving down my throat to parent me for them. From 7-14 I can’t even remember anymore. From 1-7 I can remember fine and 14-now I have fractured memory that’s nothing like what I used to have. Sure some of that was improper whooping, but if nothing else universal rules for parenting is what this one boils down to. Not all kids react the same. Some get violent and some shut down. Depends on the fight or flight response and if you triggered it during spanking