Welcome to OG @Irie_islander , glad you could join us.

Welcome! 31 strains?!? Do you have chernobyl, vortex or void?

Hey there, Irie_islander. Welcome to OG, lovely bud there …grow on!

Welcome to OG !
Those are some gorgeous colors on that lady

There’s another Subcool thread here: The Dank Continues... Subcool. It was started by the guy who Sub left in control of his “Hempire”. (There are all kinds of rumors around about who, what, when, and how that all came to pass. I wasn’t there, but what I know is he’s the guy who controls it now.)

He got involved after the fire in Arizona, and basically said that he didn’t feel he had any rights to strains he had no hand in creating, so he makes no claim to anything of Subs prior to the Arizona move. Obviously, that doesn’t include Jill’s stuff.

I was gonna ask him about it because it sounds to me like he just released all those strains into the public domain. He popped some Green Avenger seeds he got from Soul, and he’s gonna F2 them to hand out on OG.

He seems like a decent guy. As always, time will tell.

Nice pics of the Scarlet Queen too.

That’s one of the few Sub strains I have.

I’m apparently not allowed to talk about this subject.

Thank you all for welcoming me!

Hitting the bong for the blessings.

Glad to be here and meet you all. If you have any TGA/The Dank gear. Let’s see it!
Stay Irie!

He has about 110 listed with more that were not on seedbanks. 32 isn’t even a dent but, it’s a start. Yes, for two out of three. No purple Apollo (void) on hand, yet. Also, have Jack the Ripper.

You running or ran any of Subs gear?

I have Purple Apollo, Sweet Tea, Fandango, Bigfoot, Scarlet Queen, and 5 Vortex I got a couple of years ago. I also have 5 Space Queen, and 10 Vortex from 2006.

Welcome @Irie_islander great to have you here on og. Deffinetly some weed nerds here. I certainly am a big fan of sub

You are referring to Will? I believe he was a partner and may be on the LLC. Not sure what survived the raid as far as legal business entity (seeds, charge packs, etc.). That is something I’d be interested to know. I saw the YouTube videos pop up, they also shared a spot in Arizona where they had some Subcool things available, the Green Avenger F2 seeds sound fun.

As far as genetics I know Badger and possibly Joel (I believe that is his name) from Norstar had most of his breeding stock. Not sure who legally has rights to it now. MzJill is still working with some of the originals.

I tried to link up with Sub in Az in 2019 while I was out there. Knowing all the stuff he was going through, it may have been the worst time for him. Never got to meet him, didn’t think he would pass the next year. Damn…

I want to see the bowling alley and all the pheno cuts from Stardawg and Strelka they had going from seed. That whole future was being built before our eyes on YouTube. It is because he passed that I started hunting his genetics down, I only had 5 strains of his growing (Vortex, Ace of spades, Jesus OG, Galactic Jack, Cosmic Glue) with only 3 of the phenos being worthy of keeping (Galactic, Jesus, Cosmic) even though they are prone to herming.

I had a bad seed vault collecting problem during my Breedbay forum days. I collected so many seeds and when trying to germ them years later, almost 0% germ. So much Bodhi, Subcool, and, other gear from breeders on Breedbay and other seed companies all wasted. Then, out of nowhere, Attitude Seed bank restocks on so many of Subs gear months after he passed. Chernobyl, Querkle, and, Jack the Ripper to name a few.

You grew out Scarlet Queen? How did yours turn out? How many phenos? I did a 15 seed run, 12 germinated, and, I believe I have 5 or 6 females. I didn’t keep a male from this batch but, may hit the females with pollen from another TGA sourced male from my collection after a few more runs of them.

I see you are doing things with the Spacequeen. Great score and

NOTE: If you see the fellas nudging me, it’s ok, I tend to fall asleep!!!

You are referring to Will?

It it because he passed that I started hunting his genetics down, I only had 5 strains of his growing

31 strains is a nice score for sure man. You should have a lot of ju-ju in that stash. Way to go!

I haven’t grown out the Scarlet Queen yet, and I sure wish I had a few more of those Space Queen seeds.

Thanks for joining Weednerds. Please feel free to share your bud shots or grows of the Dank and TGA gear.

@Guitarzan
That Bigfoot sounds rare. And, you have space queen! You got some magic in your hands!

Just some odor notes for the two plants pictured above. They are past 8 weeks and the trichomes are still mostly clear. There are purple pistils on the purpling plant.

The green plant smells like gooey, weird because that is not at all what I was expecting. A faint sweet smell of berries and grassy notes.

The purple plant does not smell like the first instead it leans toward Jack herer for the grassy notes with a bit of sweetness. This pheno also had banana with pollen

We have a few more to flower once the first two phenos come down. Hope I can find an outstanding pheno with some killer queen magic from the seeds started. 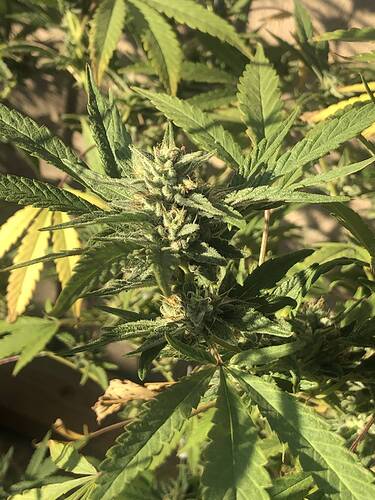 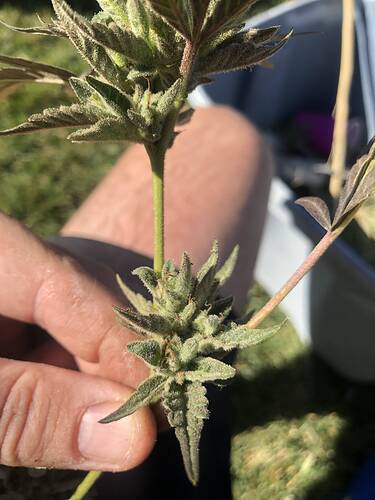 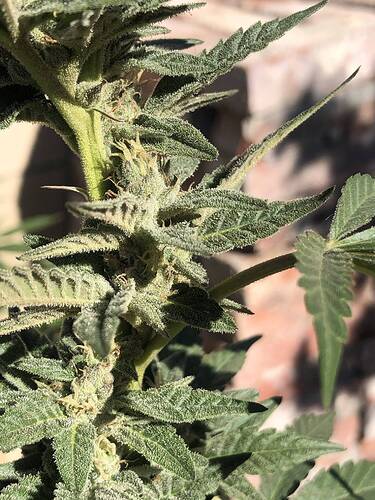 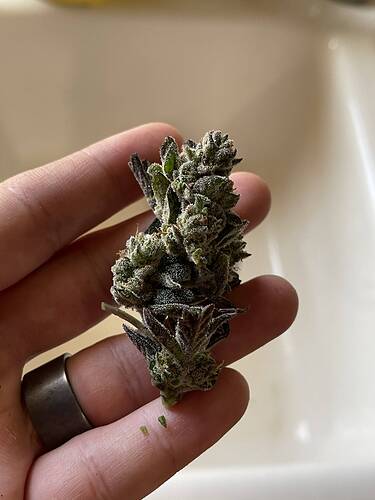 How many phenos do you have of Jesus OG?

I have one pheno we have kept for a few years but, the high isn’t stronger than some of our other kush. Our current pheno is sedative but, with a slight head high sativa effect. She also has hermie issues. The smell is a slight orange peel with astringent and diesel notes. The dried bud is small and dense.

Hoping to hunt a stable pheno in a future Jesus OG seed run to replace my current keeper with a hopeful winner. Here’s a photo of our Jesus keeper.

Thanks for sharing!
Stay Irie! 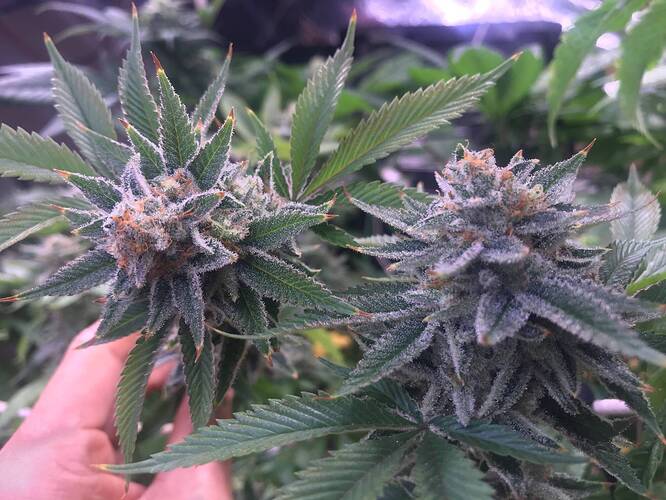 Some beautiful bud shots in here! Glad to see someone rocking TGA/Subcool gear. I have 3 beans of Jack Skellington and some Jilly Bean F2s I ought to preserve the Jack if I can.