Hello to the Overgrow Community! As I’ve said a few times before, I’m honored to be here with you all!

This will be my very first grow diary here. I thought it would be fun to share the journey we are on to create a new strain that means the world to us which we plan to name Subcool. I’ve put a lot of thought iNto how I can contribute and continue on with Subs & everyone elses mission here to overgrow the planet, and I don’t believe in my heart that the continuation of this mission is with the old genetics. We like everyone else must evolve.

A little history - Most of you don’t know but while we were with Sub we had the honor of meeting several of his close friends as well as learned a TON about his history from Florida/Georgia times, to Oregon, then onto NorCal, until the house burned down, then down to us in Arizona where we had the honor of building Subcool’s The Dank, recreate Super Soil, and relaunch the company with Subcool as the face and we were the arms and legs per say. (We will come back to this later) To make a long story short (at least for this thread) the time I spent with Sub was like nothing you can ever imagine, full of so many “rock star” like memories! He was an amazing, unicorn of a man that I thank God everyday that I had the honor of spending everyday of the past half decade with… It was fucking insane!!

Though nerds… This is not what the story is about… Here we are going to document the journey of creating “Subcool” the strain. Look, I don’t want to kill you all with the details but “I do not want to continue with Space Dude”, for a couple of reasons. First, Jill has more of a right to continue on with “The Dude” then we do. Also, we weren’t there for the creation of the old strain during the TGA days so I don’t feel it’s right for us to go back and attempt to recreate or attempt to sell those strains. I think if it’s anyones right to create the old strains, it’s the ones that were there during those days. I’m cool

So let’s talk about what it would take to truly create a strain called Subcool. It needs to be special. It needs to have story, and connections to Monty’s past. It needs to be connected to his friends. It must be Dank! It must have a connection to the old genetics but with an ability to evolve into a new world of nasty strains that wash, and dump insane rosin. It’s gotta be slightly fruity but since you guys will soon realize that I’m a new school cat, that it must now have a StillWill twist to it.

Enter “The Green Aveneger” by our very good friend, and continued mentor Soul from Brothers Grimm. Soul only created 1000 Green Avenger seeds which happen to still be on the market today via some of our friends across the pond so we grabbed some. I’ve chosen to dedicate myself to this strain no matter the outcome due to the story alone. Since I don’t believe in the previous breeders for Subcool post 2017 ability to follow good grower/breeder protocols, we chose to not use anything bred by them for our continued success, and wanted to find something created by Sub with the original genetics. GREEN AVENGER FITS THE BILL! Pre-2017 Vortex pack gifted to Soul, bred by Subcool, selected by Soul, then crossed back to Genius to make more regular seeds cus “FUCK FEMS” as a tribute for carrying on the lineage.

I think “Green Avenger” is a great place to start our journey so here a couple pics of the pack as it discretely landed to us, along with the cup a little under 24 hours in… Lets get DANKy!

This one is for you brother (BRIP Subcool) 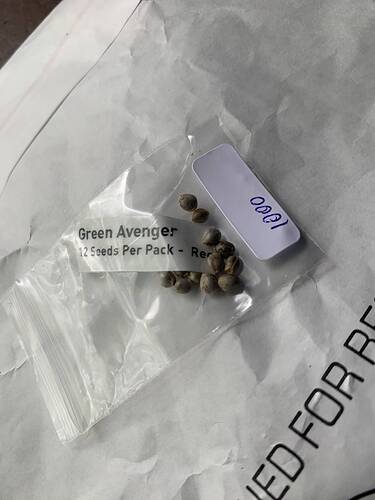 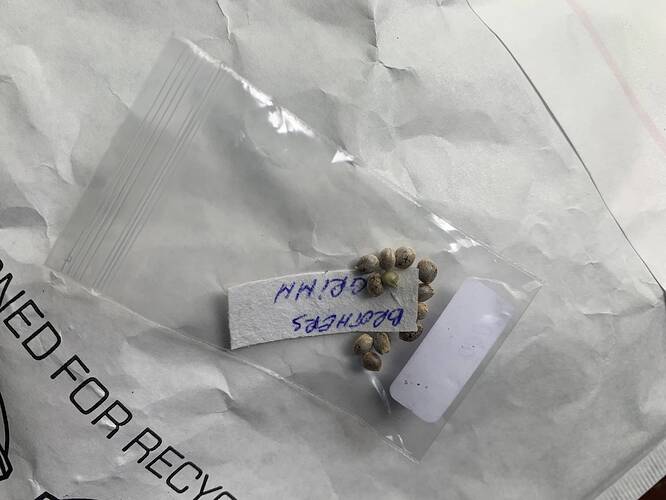 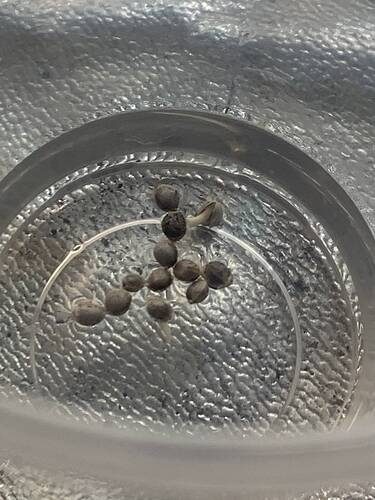 Sounds really cool, glad you could join us @Stillwill420 . Gonna plunk down here under a tree and watch the show. Best of luck.

Not going to miss this!

@Stillwill420 after reading your intro, I feel like you are one of the authentic ones around (Rest in Paradise) Subcool. Not that I knew him personally, but I’ve read many of the stories with an open mind, leaving out judgement and without picking sides. I am positively following along, with hope that you do share a few stories.
Thanks for your genuine commitment and contribution to the making of this memorial strain. I wish you the best of luck bro!!!

Hell to da YES!!! What an awesome project, @Stillwill420. I’m going to mosey past the early arrivals and grab that far right corner. I noticed nobody called “Dibs”. I’m glad to see @Gpaw, @Swe-can, and @DougDawson here, they’ve all nudged my ass awake in the past. I don’t see this being an exception. Do work your magic, go slow so I can pick up some pointers. Stay safe, take special care, and as always, be well…mister

This post was flagged by the community and is temporarily hidden.

Thanks for the positive vibes. I appreciate y’all following along, and I’m really looking forward to getting to know everyone. It’s refreshing to say the least! I’m taking a bit of a break on social media just because it’s such a volatile place, doing some posts maybe once a week or so. I’ll focus my energy here instead!

Here’s the definition and quote on “The Green Avenger”.

“Shortly before leaving NYC, my buddy “subcool” from TGA sent me a personalized copy of a book he’d written. In it, he waxed poetic over how much he loved the Genius bud I sent him a long time ago. I called him and thanked him for passionately continuing my genetics over the years while I was MIA and told him I’d create this strain, Green Avenger in his honor.

Of course the mother is Genius, that’s obvious… however the male selection needed to be just the right compliment to capture her qualities in the progeny. As karma would have it, I was growing subcool’s award-winning Vortex (Apollo13 x Space Queen) cross, and those seeds produced a very unique male to compliment Genius. When we tested his Vortex sisters, we found two basic phenotypes (tall and short) both are very potent, but only the short ones have the tropical scent. This male combines with Genius to produce squat, branchy plants with tropical scented flowers bursting out of every bud site on the long, sticky colas. Smoke has a citrus-pineapple flavor as it expands in your lungs, delivering a speedy rush of euphoria. It’s simply Genius.”

I def appreciate your kind words. People tend to forget that there are real people behind the noise. I carry him with me in a chain daily, gifted by his brother. My family misses him a lot. He would be at my kids baseball & football games. We ate, worked, created, cried, laughed, and got raided together. His brother, and sister work with us daily so just so everyone knows that we are not doing this for money and really just using this time to do something special. I’m not going to release the strain for sale but I do look forward to sharing some with the true folks that follow along Here when they are ready.

Since I don’t know you, I guess I won’t talk badly back. I hope that made you feel good about yourself. Thank you.

Now THIS sounds like one I gotta catch! lol That being said, I’m just gonna park it over here and watch the sparks

and MOST DEFINATELY good luck in this effort!!

Morphology: Green Avenger grows a big, thick cola and her strong branches support fat, dense buds covered in sparkly resin that reeks of over-ripe tropical fruit. Sativa-dominant, yet the flowers are tight, dense nuggets of resin-encrusted calyxes. The phenotype of this strain is very uniform.

How Does it Smoke? Green Avenger buds are almost Indica-like. The big, dense, resin encrusted spear heads are sparkling deep green and orange colors. Crush a bud and it gives off a sweet and pungent aroma and when you exhale the first puff, with the characteristic citrus aftertaste from Genius. The high is uplifting and cerebral, yet a bit paranoia-inducing to the uninitiated.

Growing Notes: Grow Green Avenger in the natural “Christmas tree” shape – pruning the inner-most nodes from the branches to encourage huge colas to form on the end of each branch. Provide support as necessary, but they are strong plants.

Yield: A 36 to 48-inch-tall plant yields 3-5 ounces of citrus-fruity, resin-encrusted colas & side buds per plant. Above average yield.

Deffinetly going to be falling along closely with this one. Thanks for sharing all the details, this is damn interesting and a strain that needs to be created in his honor. Thanks for taking the steps to make it happen.

And thanks @Stillwill420 for documenting it here on overgrow.

Interesting… I like a project with a goal!
Best of luck​:boom:

I always loved TGA subcool , I am so down for this.

Hey @Stillwill420 , I for one am not up on the breeder community but even I have heard of the incredible contributions Subcool made to the world. I look forward to following along on this and watching some amazing genetics grow.

Can’t wait to see how this progresses, I’m gonna stick around if you don’t mind

I always had a soft spot for Sub. The first seeds I ever paid money for were from him. When I first decided to try growing indoors I bought 6 strains, Space Queen, Vortex, Deep Purple, Querkle, Pandora’s Box, and Jillybean. The Vortex I grew was some of the best weed I’ve ever grown, or smoked. I wish I still had those seeds.

Anyway, can’t wait to see how this project goes.