What is the best, most practical extraction method for the home grower?

I know over the years that the forums have shifted into a more industry-centric theme, but there are still plenty of us home growers out there, and I want this to be a discussion for us.

Let’s talk about practical home extraction of concentrates, then, shall we? As the years go by, and the older I get, I’ve decided that concentrates absolutely have their place in my cannabinoid regimen, for a variety of reasons (most of which are subjective). But as a small time personal grower, in my experience it’s been hard to rely on my own extractions to supply my needs fully. I’ve even considered dedicating entire gardens to concentrate. The problem is I then wouldn’t know what the most efficient way to get it all would be, which turns me off of dedicating an entire harvest to such an endeavor. The most I’ll do is a partial harvest of top shelf flowers, but far more often I end up just using trim and popcorn, because I’m afraid of fucking up something or losing an entire harvest.

Mostly I’ve messed with QWISO and QWET. I got pretty good at making these extractions. But I wouldn’t say they are an efficient method. Lots go to waste this way. Then there is the ever-ubiquitous bubble hash, which reigned for years before BHO took off. I’ve never personally owned a set of bubble bags, but I’ve done some water extractions over the years, using coffee filters and silk screens. I’ve often wondered if it would be worth it to buy a set and commit an entire harvest to bubble hash. There is also, of course, dry sift. I believe this is also what dry ice hash would be defined as, right? Basically, mechanical separation of trichomes with no solvents? And now rosin is on the scene, offering another option, so there really should be a handful of methods by now that are efficient for the home grower.

The idea of having a closed loop butane extractor is out of the question for most of us. But having a rosin press, maybe, isn’t. A set of bubble bags isn’t too expensive, but there’s a lot of work involved, with all the grades being collected, right? Same goes for dry sift, I suppose… It’s laborious. QWISO and QWET are effective, but again, not so efficient. Blasting BHO in the garage is dangerous and unethical as fuck…

So what do you home growers do? Anyone dedicating entire harvest to concentrate? Lets talk about this. Share photos of our setups. Discuss labor costs and time involved. Those sorts of things.

Who wants to go first?

Used to make a bunch of bubble with all the trim and smalls, but it’s so damn labor-intensive, and then it’s gotta dry, and the bags gotta be cleaned, and dried, and stored proper…

Rosin pressing with a hair straightener is my preference now. As long as returns hit 10-14% I’m happy. The spent coins just get tossed into some butter. Waste not, want not, right?

Plus I’m super lazy, in a highest-efficiency sort of way.
https://quoteinvestigator.com/2014/02/26/lazy-job/

Outstanding topic for discussion! I dream daily of ,well, am learning to finish a crop first, almost there I think,but once I can start busting crops out ,I would love to dedicate complete crops,(mostly as I do love Primo flower tops!) But to Rosen! I love Rosen,hash, extracts in general are my future (all personal, family use) I am a man of little to no resources, currently the only way for me is a iced isopropyl wash, as the first stage,then I let it evaporate in a vehicle outside that has only a slightly opened door for a full day with sun to get rid of most of the iso,as the smallest amount kills my throat and lungs (puffing for almost 3 decades!)
Probably not very efficient,but man it’s flippin killer! And clean! I’m salivating right now thinking of it hehe,I’m very interested in what others do, peace and love all!

Got to hit up the resources available to us.

A small rosin press works well for my needs. I usually press flower, but save my trim for bubble hash. Of course I also press the bubble too. I save the used bags and make green dragon tincture out of them (for edibles) using my Source Turbo.

Add on to the original question: what’s the process like for a homegrown hemp grower to extract cbd? Can it be done like thc concentrates, or is it a different process?

If the oil forms on trichomes, the process should be similar.

my answer depends on the size of the harvest because:

it’s so damn labor-intensive, and then it’s gotta dry, and the bags gotta be cleaned, and dried, and stored proper…

If you have less than a lb. or 2 then I say bubble is still king if the material is good & the technique right. But I’m in the higher minority

Either way though I’m happy owning bags even if they’re overpriced.

Wondering myself. Like the Rosen And use a hair straightener cuz I think presses are a few bucks. Open to other ways tho.

Drysift 100%. It’s by far the safest, easiest, cheapest and quickest way to have the highest quality cannabis extraction. All you need is 2 screens and a glove or balloon.

If your talking kief I love my trim bin. Cant believe what I used to waste.

I was at that point last night trimming, lazy or just not wanting to do extra work cause really i squish all my bud now anyways, but chopped plant to rosin in the cheapest and easiest form im with you there.

Saying that i threw half of my last plant in the freezer to try making bubble from, but i plan to press it at the end anyways. Also will try dry sift as well and will be pokeing @paintedfire420 when the time comes for tips, almost was last night, but ill try bubble first, then ill try dry sift and see if there is a flavor/smell loss.

I should have specified. Full Melt Dry Sift. Not like dry ice hash or regular old kief which has a high percentage of contaminant(anything other than trichome heads). What I’m talking about is isolating just the trichome heads so that you have a product that can be dabbed.

Kief and dry ice hash is all good too if you aren’t after a fullmelt product. extremely fast and easy. 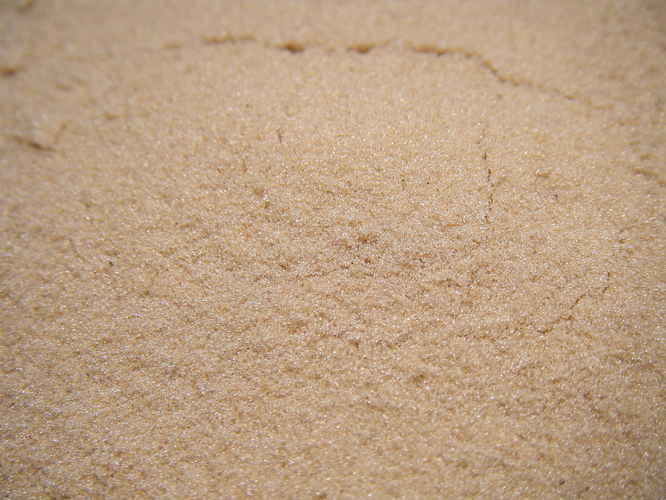 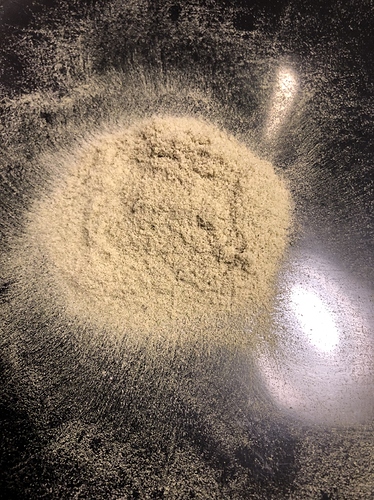 Some contaminants but pretty close.

What is this glove and balloon of which you speak?

Nitrile glove or balloon for static tek. Charge it up and all the headies will jump and stick to the glove/balloon and all you need to do is brush it off. Way faster and easier than the dvd parchment method.

Will static tech not work when using dry ice? Thx

No clue sorry I have never tried dry ice.

I’ve heard of people cleaning up the dry ice with ice cold water. The trichomes sink and the contaminant floats. Separate the two and dry the trichomes just like water hash…

I vote Bubble Hash with a power washing machine, following “Frenchy’s” method. The machine takes all the work out of it, and there is no question that bubble hash IS cleaner with less junk in it than any other way of extracting it.