That could be really cool to try. I was considering making my own prints from these i have fruiting. 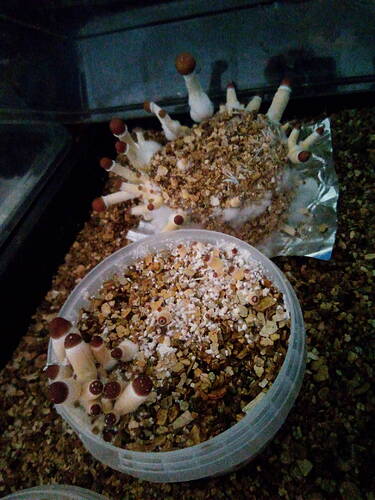 The tester i popped out and cased is looking nice if i might say so myself. But i do like the tight spacing on the bottom one.

You got nothing to lose by trying! I was skeptical with my prints but that chonk you see above was from one of those syringes I made, and I didnt particularly try to be “as sterile as possible”. Literally just put caps on some foil shiny side down, cut stem from cap and put on foil, then put a jar or cup over and leave for 24 hrs, remove cap and jar and fold the foil in on itself twice, put in a baggy and you’re golden. Bonus points for spraying the table/foil with alc when placing them, and doing it all in a SAB, and cutting the stem with sterile (or alc wiped) scalpel - those will all help with sterility but I didnt do it except just alc spraying down my hands/foil.

Then to make the syringe, I bought some sterile h2o off amazon, but bottled water is probably OK. Open foil in a SAB, scrape the spores into a shot glass or dish, pull up some CCs of sterile water in a syringe and squirt onto the spores, then suck back up - repeat a couple times.

Or if you start getting into agar work, you could just put the spores directly onto agar (by scraping them onto the agar), or pull some up with a sterile cotton swab and rub on the agar

Would boiled water from a dehumidifier work? I’m not sure on how sterile the water is from bottles to be honest. Or the process they use. Might be up for a swap?

Im not sure, possibly? Only one way to find out! You could always try collecting the steam from the boiled water

Possibly in the future, right now I have so many agar dishes that half of them are in cold storage

Ah I see, I’m so low tec i don’t even have a still air box but agar is very interesting as you can get quite a good strain concentrated down and producing evenly. 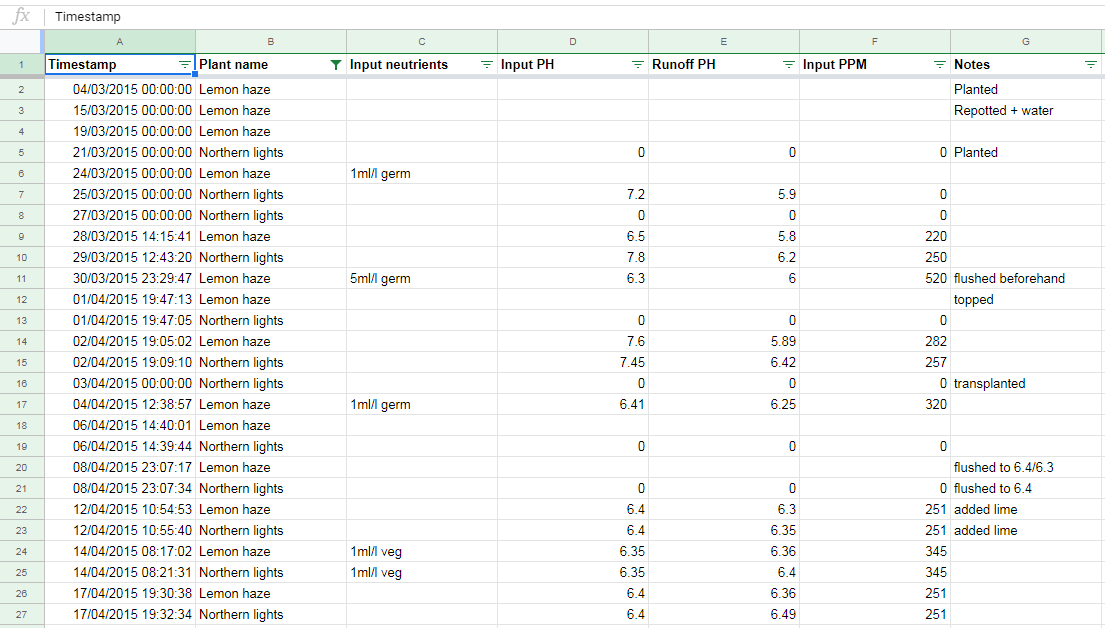 I quickly realised that it didnt scale, I wanted to log more data, and have a better native experience. I do software development for a living and all the other apps that were out there already like GrowBuddy required an online account or signing up to some system and I didnt want that.

The requirements were simple: Be offline (no internet access), store data in a well structured way, allow me to log “actions” to a “plant”.

v1.1 was quite basic and allowed me to log the stages of growth with watering details. Ultimately found it wasnt suitable really because I was storing NPK values when really I wanted to log which product I was using and what amounts because I couldn’t calculate what the final NPK was of a solution from multiple additives.

The next few versions were mainly small feature additions and bug fixes with things like adding an encryption mode, a discrete version of the app which changed the launcher icon and hides the images, export growlogs, etc. After v1.4 was released, I began working on version 2.0 of the app. This version would be incompatible with 1.x as the data structure would be changing, so a major version (semver) was required.

I updated the data structure to allow me to add additives to a watering and the ability to group plants together into “gardens”. Since Aug 2016 I have been working on v2.x, adding new features where they make sense or requested by some users, have released 14 updates to the app with features including;

Over time I found myself working on the app less and less. Mainly because it satisfied my needs so well I had no reason to work on it. I work on it every now and then when I have the motivation, but that is hard to have when you do the same work professionally and just want to relax after work which leaves just the weekend and who wants to be coding on the weekend?

We find ourselves in very interesting times right now. I have a lot more free time on my hand these days, and have started mixing more with the Android dev community, reading up on the latest and greatest ways of coding, and found my current practices to be very very outdated. I like to learn by doing, so I started playing around with these new tools and quickly found them to be pretty exciting and came to the realisation that there is a LOT i’ve missed out on over the last few years of Android development.

I needed something to put these new development APIs to practice, and what better way than making something you can use yourself? So I decided that I didnt have enough stuff on my plate and needed another thing to work on during this lockdown, so to skill myself up i’ve decided to start GrowTracker 3.0.

Using contacts and weed as bribe payment, i’ve asked a designer friend to help me design a new version of the app with a new approach, a fresh UI and UX.

I’ve been playing around with a few other apps like Jane, GrowHelper, and others, and although I still believe that my app is far superior to others (not only in the fact that mine is open source and free, but in terms of usability), some of them have a better approach to how the data is actually logged, and thinking about how I grow, their approach makes more sense to me, so I am rebuilding the app from the ground up with these considerations in mind.

The app is actually the reason I found Overgrow. I dont really advertise my app, if someone asks about apps I suggest mine, but apart from that I dont really create any posts promoting or anything, its just a hobby app that I put out there if other people wanted to use. One day I was checking the traffic to my repo and saw a few posts linking to it which was quite nice, to see other people suggesting others check out my app.

This is a workshop after all, so I thought why not add the other thing’s im building into it

I’ll probably post updates about development here as and when it makes sense, but you can follow the code here. I dont expect a first release any time soon, however

I think I’m actually using your app or at least attempting to. I’ll be using it in more earnest when I can start from seed. 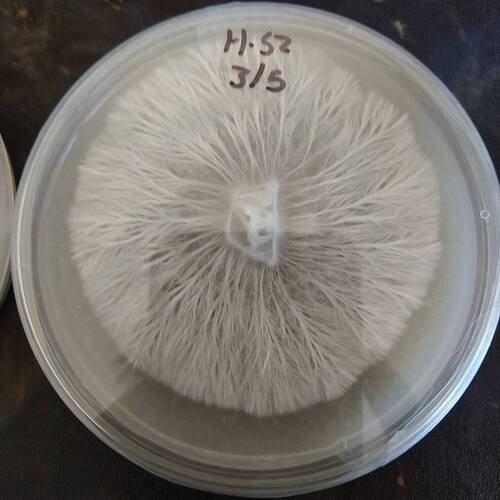 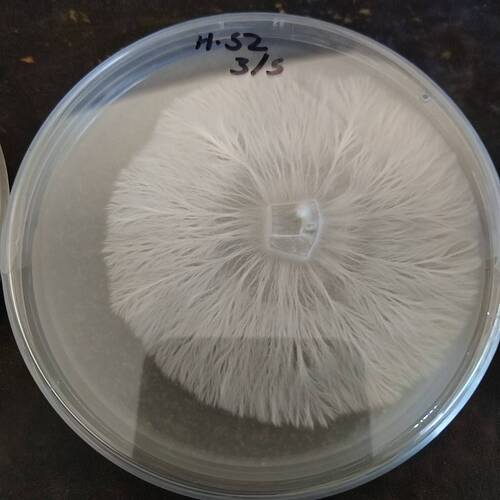 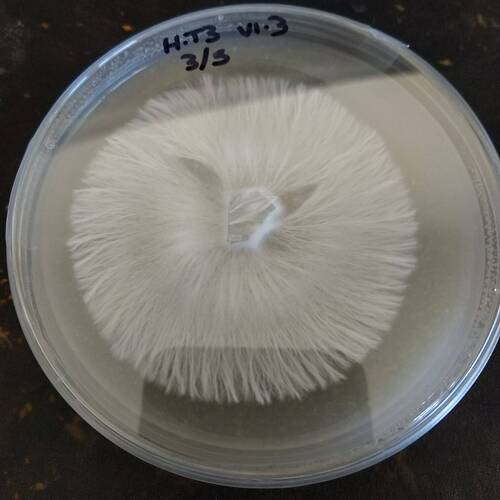 No, i’ve been trying out too many different agar recipes to be able to track and compare speeds. There’s a couple more recipes I want to try before I start doing a strain hunt with the genetics ive got going - so I have time to test out the ones ive got and select from the best performers in fruit 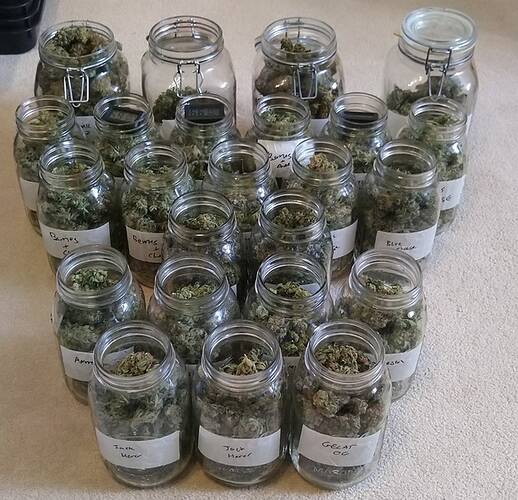 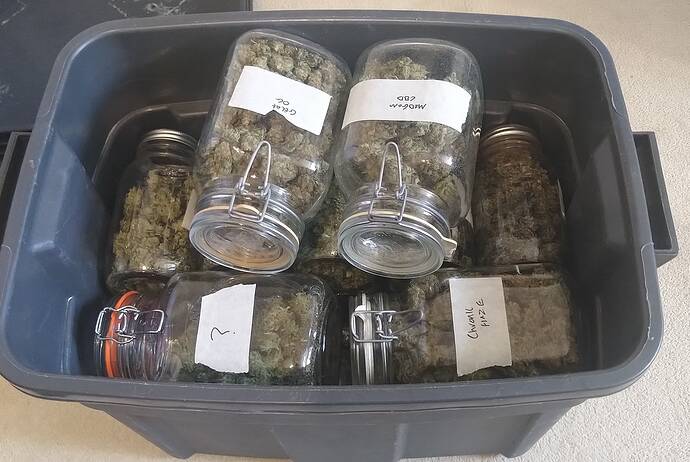 Total for 10 plants: 1054g. Around 100g a plant which isnt terrible, i’ve had worse harvests, but the most i’ve pulled from a single generation grow, albeit not completely fair because I havent run 2 tents at the same time before.

What are your plans for that?

Probably smoke it haha, over a long period of time of course. I have a couple friends I sell to although one of them has had to go back to his home country because of covid so he’ll be missing out

This should last me well enough until my next harvest. That’s usually the goal, then any surplus I sell goes towards bills and more equipment/supplies

Yes, this seems to be a ‘cash negative’ hobby.
That reminds me I need to do up the balance sheet for my grow (I don’t like that part)

Oh yes I stopped tracking my expenditures and sales a long time ago. For me, even though I know im not breaking even, even on electricity, I save in the fact I always have supply, it’s a hobby I spend time on, I don’t have to deal with shady dealers, etc. I’m thankful I am in a DINK long term relationship, it certainly helps 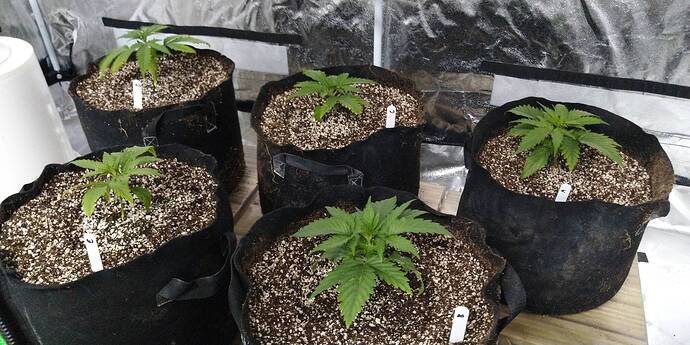 Transplanted into 16l smart pots. As expected, D and E are lagging behind A, B, and C. Roots were not as developed as those other three, will likely only try to clone those over these 2 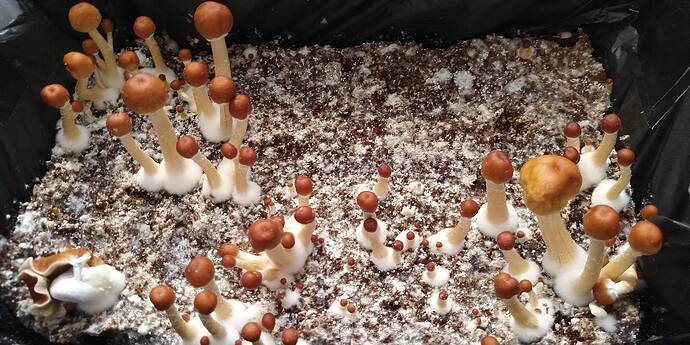 starting to get a full canopy with this BRF mono

Looking real good, couple funky ones in the bottom left there, I have been taking prints on tinfoil and in search of a big fruiting box so I can get something going like yours. Im going to work on starting up some new cakes once I have all the bits.
Just harvested some big ones that Overnight completely lifted the top of my little propagator by an inch!

Yeah that one in the bottom is a weird one, the chonk posted earlier was from this tun also but they seem to be evening out now. I hope to have more consistent canopy with my rye grain as they were made with agar whilst this one was made with a MSS

Yeah, I find the second flush is generally the most even in my experience but with my luck the most even canopy has been from fruiting from the sides of cakes. It’s a shame there’s no scrog method for shrooms. I wonder if 100’s of shot glass cakes would work

I think multiple generations using the same conditions would really train them to produce well.