So I have tried to avoid

On the topic of mars hydros, I really wanted to build a “quantum board” as chips these days are so much more efficient and better at light distribution than single cob chips (I cant remember reading, think it was a Growmau5 video where he said the people at Cree couldn’t understand why people were using them as grow lights because they were so terrible and a better way would be smaller cobs spread out - or could just be the Mandela effect), and I wanted to make use out of old parts so I took apart my 900w mars and got help from @Colanoscopy to what chips I could use with the drivers I had and went for Bridgelux EB 2

So I designed a new light that would feature 20 of these strips, 4 drivers with 5 each attached in a series.

This is the rough design I’d be building. 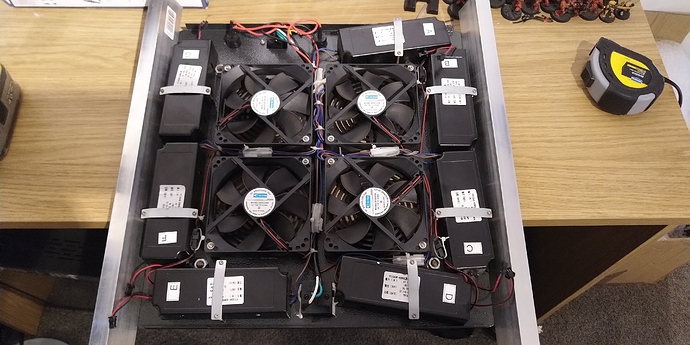 I’ll be using the screw holes in the lid portion of the light to fix 2 angled aluminium and then fix strips to the underside of them. They dont need cooling, but the fans will still work which isnt the end of the world, plus the wiring was very well done I didnt want to undo it all. Very well built lights (except for the diodes burning out).

Caution: I am bad at carpentry and building things so nothing ever goes the way I want it to. this could have been done much better but I dont need it to be perfect and I’ll probably end up rebuilding it for a new purpose anyway so I dont need to waste time matching up every single mm 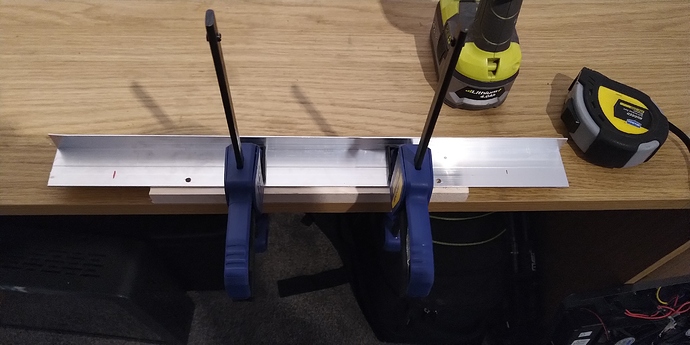 Drilling holes for the mounting brackets 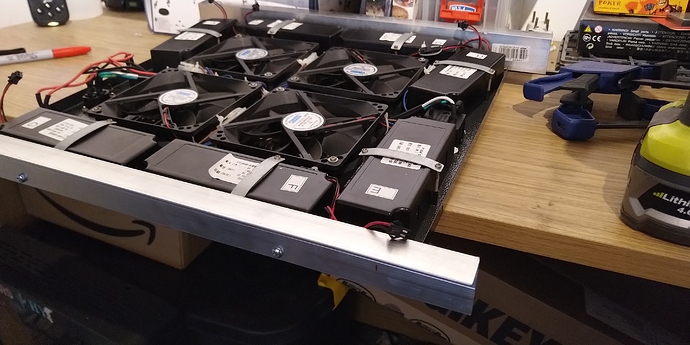 I didnt take pictures of the drilling process but this was one done and the rough layout of where each light was going to go plus their mounting holes. Lots of drilling, took me a long time. I really should invest in a drilling machine that can do perfect holes because mine are always out 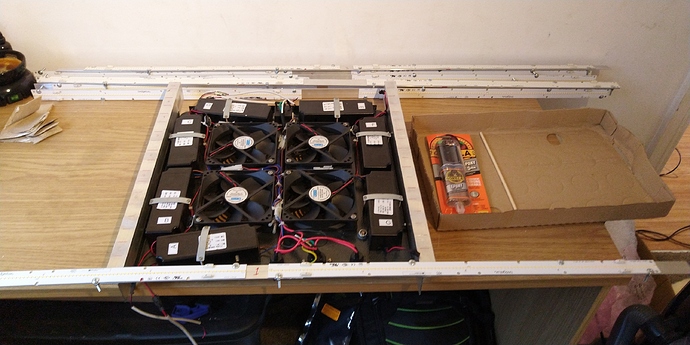 Now the hard part was one, I epoxied them to the bracket. Now you’re probably wondering “why didnt you just bolt them?” thats a great question. I, in my infinite wisdom, didnt think to line up the mounting holes of the strips to the bracket and drive a bolt through all 3 layers, I was only thinking of the mounting of the underside bar. OH WELL 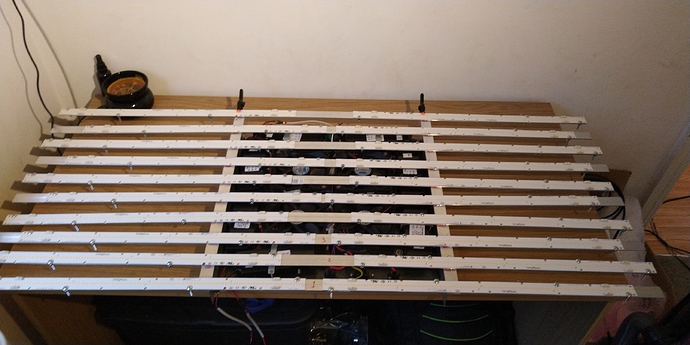 Testing the wiring. At this point I decided, because I cant dim these lights, I’d use the flower switch for half and the veg switch for the other half. So 5 on one side, and 5 on the other.

The final light. My fingers hurt a LOT after pushing those wires into those terminals 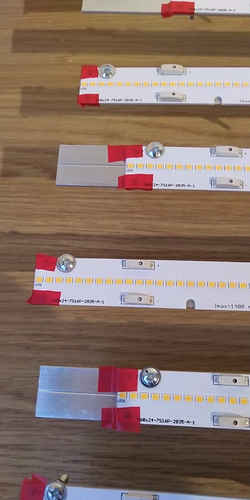 Making sure to tape up those soldering terminals! 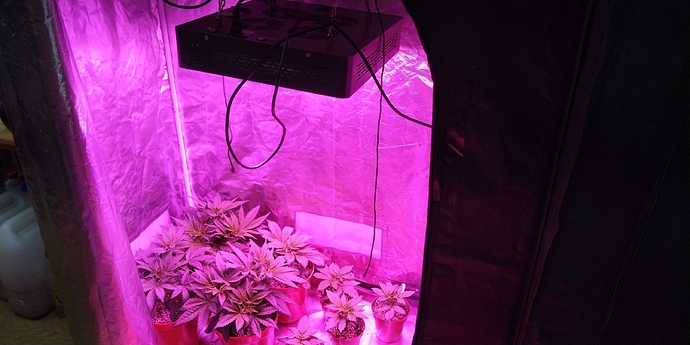 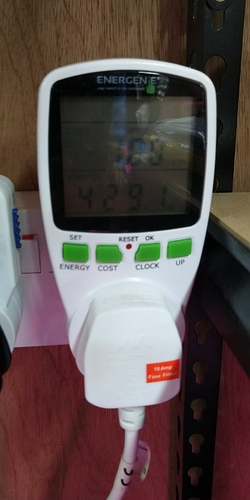 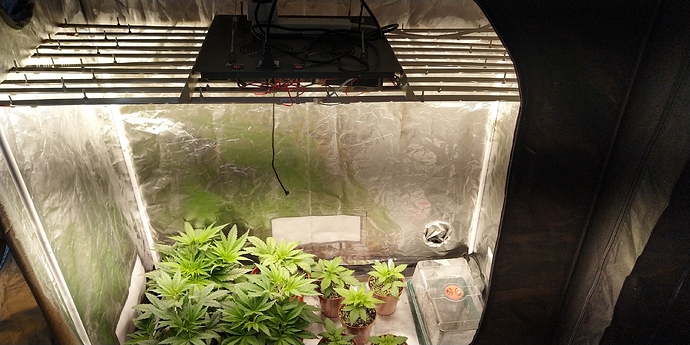 After (and yes, the light is too big for the tent. Stupid me thought the tent was 1500 not 1200mm. I’ll probably end up just replacing that tent anyway, its not very good quality and has tears in it.) 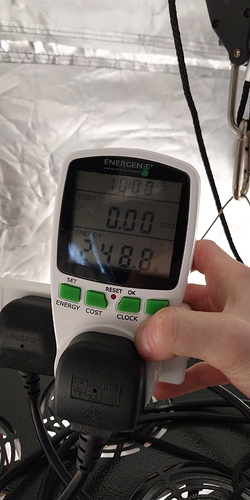 I might invest in a light meter to see how much output it has but I know it’ll be more than the old diodes for sure, and with half the pull.

, your plants will love them …

My original goal was to make a perpetual grow where I would veg in the square tent, then flower in another, wider tent using scrog in a veg - early flower - late flower rotation (it didnt work out go figure)

It would be very difficult to do perpetual with 1 big scrog net, I would say impossible to add and remove plants in that set up. You should try super cropping its the same effect as using scrog, but you can move your plants around.

Caution: I am bad at carpentry and building things so nothing ever goes the way I want it to. this could have been done much better but I dont need it to be perfect and I’ll probably end up rebuilding it for a new purpose anyway so I dont need to waste time matching up every single mm

I used the metal stud drywall self tapping tech screws, they work well for holding.the strips to the frame. I have my drivers out side the tent, saves energy trying to keep the tent cool with the extraction fan. Looks good though, a definite improvement on the mars

Good tip about the syringes for measuring chemicals 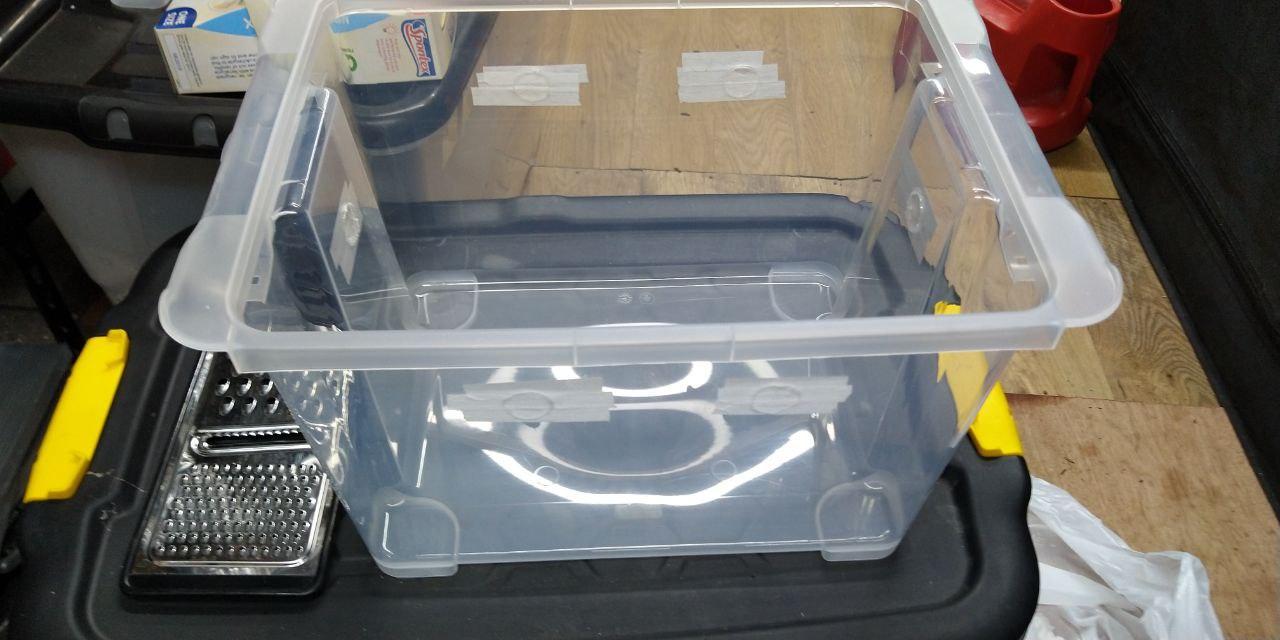 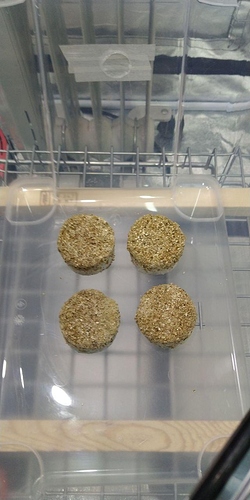 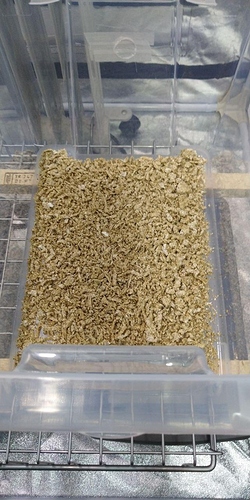 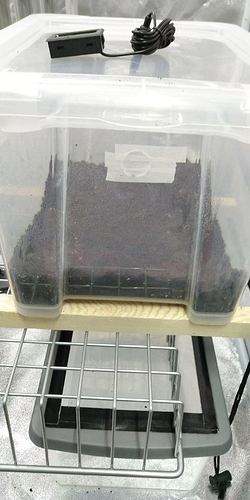 First group of BRF cakes spawned to bulk 2:1 coir:cake with a layer of coir on top. One cake had some (i hope) bruising on top (probably from when I shook them). Hopefully wont end up being a contam, but I’ve got contingency with another set of jars that I will spawn next week. 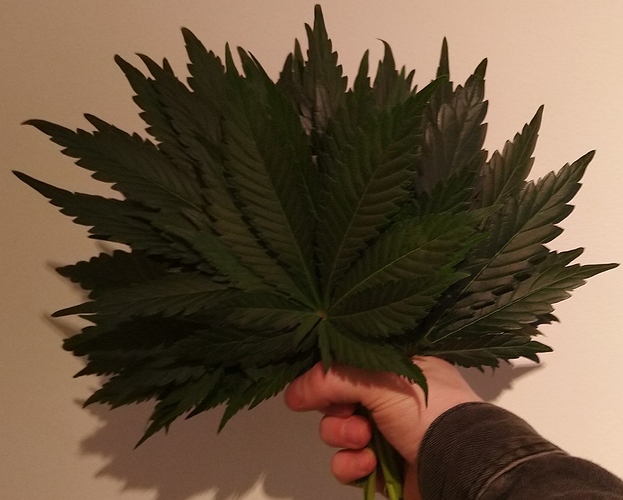 a bouquet of not-quite-so flowers 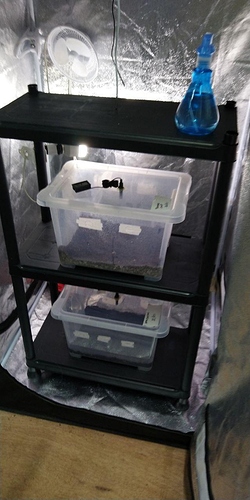 Second set of jars spawned to bulk. Lost half of them because of suspect contam (failed Q-tip test).

Current main tent. Bit of a mess as I was just going nuts popping odd left over seeds I have had for years so I can start with fresh genetics and maybe phenohunt.

So far i’ve either culled or they didnt germinate:

I now have growing:

I tried cloning the Chronic haze but didnt work. This is my 4th cloning attempt and i’m still at a 0% success rate. I’ve tried following all the tutorials and stuff but I just cant get them to root. These ones the stems swelled up but they just didnt root so im not sure, i’ll need to do more research and try again. 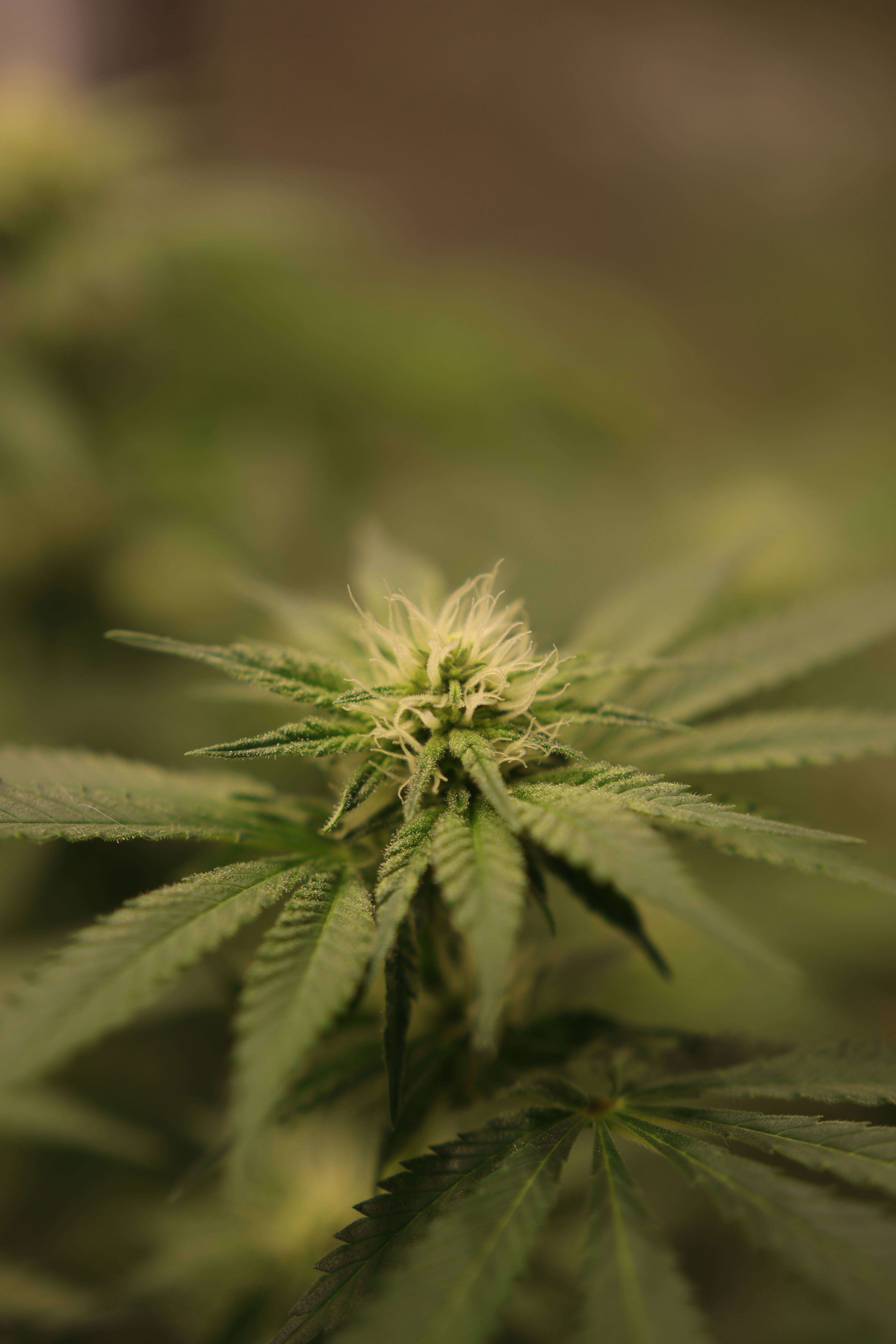 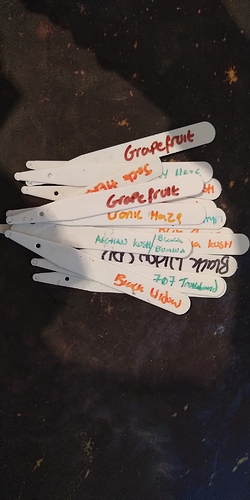 I stopped shaving the substems when i clone. I just cut a clone and stick it in water - (roots in 14 days.) Keep in mind there’s enough chlorine in the local water to kill goldfish in 2 hours flat here.

I was thinking about trying that, i’ve seen people succeed with it so fuck it. I was thinking it could do with my light being too powerful also so thats another factor i need to consider 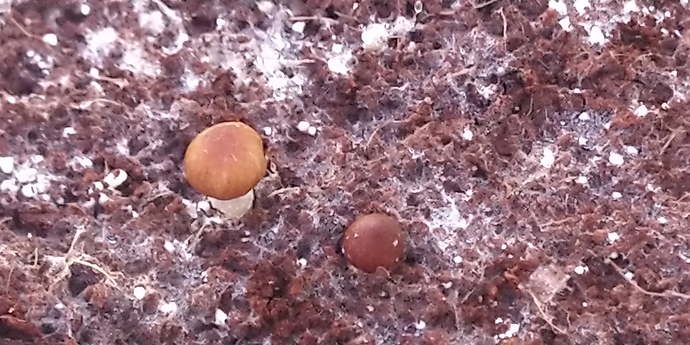 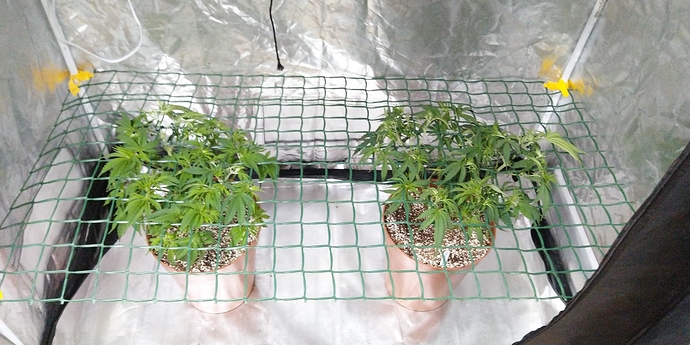 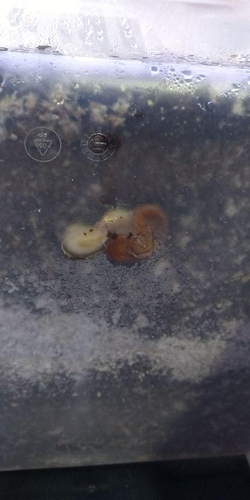 Whoops. Funny, this mushy on the bottom is bigger than all the surface ones. This is why people use bin liners within their tubs - to stop light and deter side/bottom growth.

Strip vs Blurple vs Cob 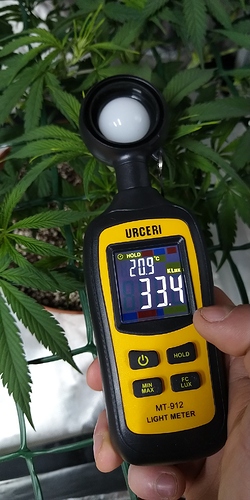 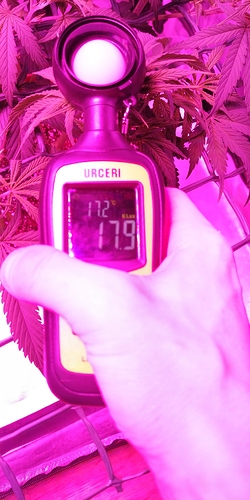 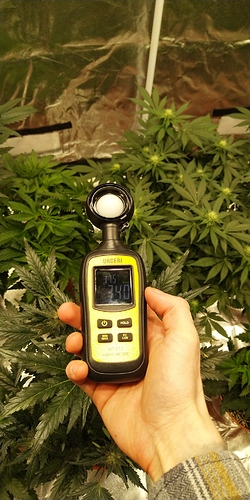 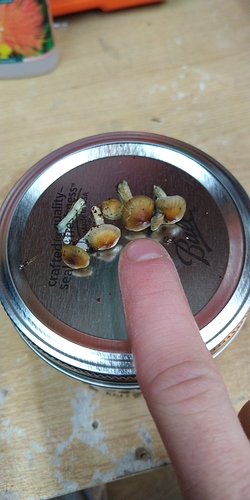 Lol not the biggest but they look really nice. Can I live in your shed? It seems like a fun place!

I practically live in it anyway, you can be my room mate

So going by Mars standards, the bridgelux and Cree are equivalent to around a1600W unit’s. That’s good to know, I have a couple of bridgelux lights ATM, just about to order some more to make another one.

How much more did you pay for the mars compared to the other 2?