Can anybody share some tips for optimizing / downsizing images to other members?

You don’t need to use the highest megapixel setting within the Android built in camera app.
If your phone is 12mp you can change the setting to a lower rate and it will reduce the picture file size down to an acceptable size. 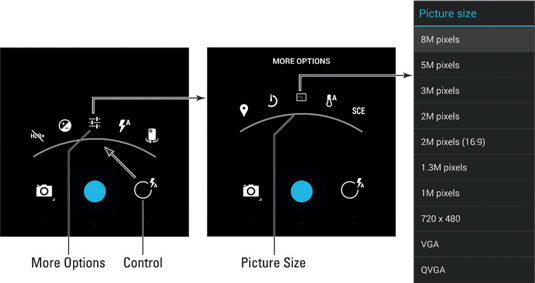 You don’t always have to set the highest resolution for your images in Android’s Camera app, especially when you’re shooting for the web or uploading pictures to Facebook, where you really won’t want the subjects to be completely recognizable. Such...

On mobile. Picsart. And if a screenshot is necessary cropping it’s been getting me results like 146kb. You can edit. Collage. Add text. Add more photos. Blend layers to add a watermark if you use them

I have been using the Add Watermark on android.
I just checked my last upload and the original is 1.7Mb the resize with watermark is 520Kb set at 42% of original.

The app is super easy to use, free and does batch watermarks/resizing.

My bad that was the text size LOL.
The resizing part is next page but just as easy.

(it can also remember my quality settings which is great)

https://m.apksum.com/app/lit-photo/com.vinson.shrinker
Super fast batch photo size reducer that I use on my phone. Works extremely well and doesn’t seem to be full of annoying advertisments.

I think, the internet is getting old…
Long gone are the days of dual 14.4k modulated dial up modems taking 10+ hours to download a 800K video

There are also online tools that can compress batch of images: https://compressnow.com/

If the forum is made on PHP there are scripts available …

List of 5 best image resize PHP script where images can be resized into four default sizes these are a thumb, small, medium, large and x- large.

I understand the reasons behind wanting to add these restrictions, but I have to say I dont like it much. This is 2020 for fucks sake and we cant post hi rez images?

The better solution is for more people to donate to OG so @LemonadeJoe can afford to install up-todate equipment so he can keep up with the new reality.

Restricting people to 1980 levels of picture quality/tech and/or forcing them to jump through all sorts of extra hoops with other apps and spend priceless time messing around will just turn people away.

I know it will make me post far less than I do. I have a hectic schedule most of the time and just dont want to spend more time fiddling around trying to resize images. I already resize or crop most of my images, but not to the degree being suggested here.

I want to be able to see the details. If it takes too long, or the quality is too low, I just wont do it. If I cant post decent images quickly and easily, I probably wont post at all. I also dont like looking at low res images when trying to see some detail about a plant or a build setup. My eyes are too old for that.

Come on people. Lets not go backwards. I have very little money but I still contribute a small amount each month to OG. Its what I can afford. I dont see why almost every one who posts cant do the same.

If you have to limit up-loads, maybe have two classes of users. Those who support OG have no limits and those who dont have limits. Im not wild about that because it still means some images will be low rez, but its better than going back to 1980.

If properly compressed you can still get high res images lower then 800kb. Imagery takes up a lot of server space and can greatly increase the costs. Also why do you need a 12megapixel image of a plant? That comes out larger than most PC screens. A picture at 1920 x 1080 pixels 72 or 96dpi should be clear as day and easy to see details.

I dont typically need 12 meg pics, and my phone is 3 years old, so it only does 6 meg pics - which is fine most of the time.

However, the reason for hi rez pics is so you can zoom in to see the small details - clearly.

Most of the time, 6 meg is fine for me, but when I look at the pics my daughters brand new top of the line LG takes, I am in awe. The details are amazing. I like that level of detail sometimes. Most of the new generation are the same way. They expect hi rez and hi quality from their tech. Not old crappy pictures.

If you did allow supporters to up-load larger images, and limited non-supporters to lower quality and/or fewer images, it might motivate more folks to become supporters. Or they might just stay away. I dont know.

I am sure lowering the quality will drive more folks away. It will make the OG experience less enjoyable.

I like that OG doesnt have advertisements, but maybe @LemonadeJoe needs to re-think that.

Again you can still achieve that but it requires some compression. You can’t expect a forum with so many users to be able to accommodate raw camera data. The costs would sky rocket. It’s got nothing to do with keeping up with the times and everything to do with data transfers and its costs. I know of 2 forums (not weed related) that shutdown due to costs skyrocketing after allowing larger uploads. 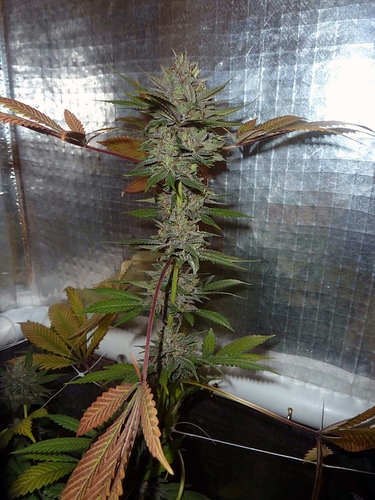 Just a note however this was resized in Photoshop, professional software made for this type of thing. There are scripts or add ons that could do this when images are uploaded.

If you did allow supporters to up-load larger images, and limited non-supporters to lower quality and/or fewer images, it might motivate more folks to become supporters. Or they might just stay away. I dont know.

Servers costs come from data transfer, so people looking at the high rez pictures will also contribute to costs. So it’s both the uploading and the viewing of pictures that count.

We need the higher rez pictures for diagnosing certain plant problems and for help with trichomes. If you’ve ever zoomed in on a low rez picture it just becomes a blur. I don’t know if it’s possible to allow certain sections of the site to allow the higher resolutions and the remaining sections to only allow a lower resolution is doable??

I could feed the server my 40mb file and it would resize it to something appropriate,

That would defeat the purpose of saving bandwidth though, because you still have the data used to send the file in the first place.

Storage space is getting cheaper by the day. I say just pony up more donations and pay for more space. OG has operated since it’s reincarnation without photo restrictions, why stop now. It’s up to the community to fund this site and all it’s pleasures. It’s so simple, even a dollar a month from every active user would exceed the costs and go for upgrades. It’s a no brainer imo.

You can’t expect a forum with so many users to be able to accommodate raw camera data.

I agree with that - for now, but it does need to be a lot more than 800kb. It needs to be a few megs at least.

Tech keeps changing and getting better. Cameras get cheaper and resolution and pixel counts keep going up. Its not going to stop. If anything, its going to accelerate. These changes are not coming out of a vacuum. Its what people want and expect - especially the newer generations of people. They grew up with tech us old farts think is magical and they think its normal and look forward to it getting even better.

Sure, there needs to be some limitation, but my point is if its too restrictive, people wont put up with it.

If people wont pay directly out of pocket, then the only choice is to go for outside advertising to cover the costs.

I suspect that people would much rather put up with a few adds than pay directly. This is whats happening with many “free” tech related or information related services these days. Things like “free” apps for your phone, “free” shipping, “free” movies from Vudu, etc. All these things are paid for by advertising on the sites. This is also why print news services are struggling. People expect to get first class service on the internet for “free” and they dont see adds as a cost, or if they do, its one they have already made allowances for and are willing to put up with.

@LemonadeJoe will have to make the final decision of course. It would be really nice if he was independently wealthy and could just cover the costs - OR - if people who use this site were willing to pay directly for what they get.

Unfortunately, neither is true.

But I still feel that dumbing down the site and lowering the service level and the enjoyment level, while increasing the trouble, and time to use it, is fundamentally the wrong move to make. It would be like shooting yourself in the foot because you cant run fast enough to keep up. Pretty much the definition of counter productive.