I'm Looking for some OG Kush

Being the seed whore i am. How can i say no. let me know whatcha got

when i 1st started thinking about starting up 3 1/2 yrs ago, i had a good job. og was just coming back online for 6 months. i purchased about $600 worth of some baaad aaass genetics. one day they diappeared, the next month so did i. , problem solved. my wife didnt know about growing, just about being a bitch. i wonder how long those seeds fed her. naw, i dont.

Hey @Craigson15 just curious if you have flowered out the cut you have?

Been thinking about trying to get a hold of a nice OG since sometime down the line. I haven’t ever grown it and only remember loving it from back down in Humboldt at a friends.

One of the two Goji’s I have going from seed right now def has a nice Kushy dank smell going at day 26. Was going to post a picture but internet or something being weird atm.

Dang man glad thats over and done with.

I have one in wk 6 flower now. Shes looking super dense and covered in sparkly trichs

Nice man hope it turns out the bomb for you. Guessing it has that delicious OG smell.

Did you ever find out if youve got enough to trade some, you might not have a cple strains i got. It’ll be a longshot, but i can try.

I’ll let you know tomorrow. Slipped my feeble mind, I must admit, putting note right by the keyboard. SS/BW…mister

As promised, I found OG18 (“private reserve”), OG Kush/F and threw in a “bonus” Wedding Cake/F. That depleted OG stock, but will probably reup after the New Year, if available. Shoot me a DM/PM with personal info and it will be Airborne before the weekend (dealing with aftermath of a foot of snow). Do take care, stay EXTRA, EXTRA safe (C19 wildfire out there!!!) and, indeed, be well…mister

I’m in the middle of breeding some S1 seeds of Sfv og swerve cut. Flowered it out as a test run and smelled like some good gas. If I’m successful on making the seeds How do we trade? Also it’s gonna be another 7 weeks around there.

Read the procedures in the Trading Section and/or Free Seed and Trade Section. Normally, you explain what YOU have and what you are SEEKING. You THEN DM/PM and initiate/complete Trade. FYI: NEVER post Personal Info in the Open Section…E-V-E-R!!! If your project bears fruit, I very well may be interested. Good Luck, stay positive, safe and, well…mister

If anyone has a strain list they have please pm me and I can send you a list of what I have!

Update on my S1 project, 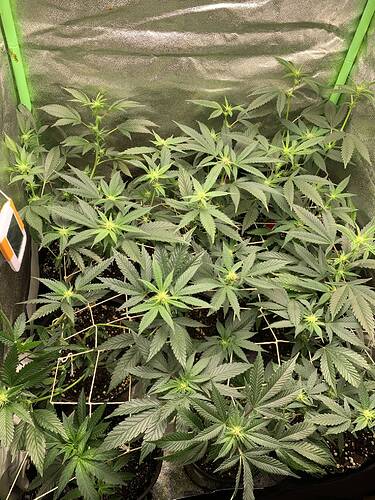 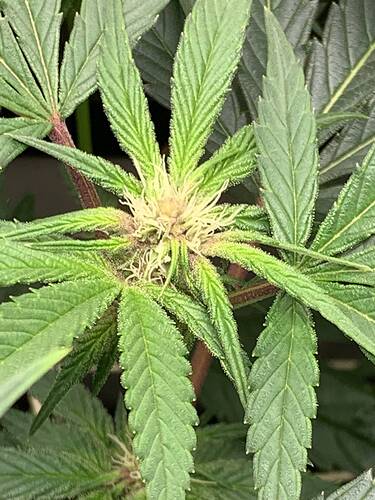 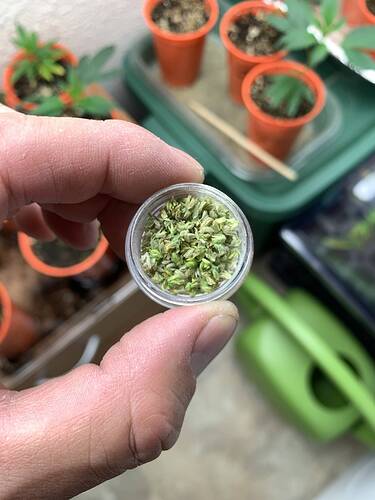 The close up is mendo breath. Even though it’s 75degrees in the tent it’s still purpling, maybe it’s because I’m pulling the air from outside after the lights are off. So cold air is going in the tent. Last time I flowered it outside to get the pollen the almost the whole plant turned purple. Can’t wait to see how all these turn out.

I just ordered a clone of mendos breath

! Another local grower I know grew out a few he got (he doesn’t keep mothers

) and I love it! It was before I knew he grew, as I just knew him as a customer at my work. Then I ran into him at the grow shop

My brother in law said he was looking for mendo breath but couldn’t find and seeds anywhere. I looked everywhere as well and had no luck only mendo breath crosses. Then I ran into a guy that has connections in the industry. So here I am trying to see what all the hype s about. How was it when you tryed it? When’s your clone coming in?

I had some I just finished smoking right now

. I’ll try to remember to take a pic of the bud, the stash is kept at my friends place so she can make sure to ration our shit and I don’t smoke through it before I get paid again. Mama knows best.
To me it’s about the only thing I’ve smoked in recent times that really get me the deep body effect I like/remember from high school days lol. None of the kush, cookies, MAC, critical mass, or anything I’ve had in the last few years has hit me like it

. it’s kind of a knock out bud too, good for night time, or daytime use if you don’t let it go amber.
The smell/flavor definitely changes as it dries out in the bag. When I first get it from him. It’s really strong and dank, then the smell dissipates a bit, and then caramel and vanilla I read about come out. At one point, if allowed to cure/dry just right before you smoke it, it comes out smelling exactly like a french vanilla latte! To the point I thought my friend spilled some on the bag. The flavor was in the smoke, and it was delicious!. Been trying to replicate that again with the half ounce I just picked up from him. Oh, his also fox tailed with his LEDs, but I really like plucking those and packing them in the bowl.