Hello OG. I am a hobby breeder and I wanted to show you all another creation I made. Jabbas Stash x C99. it’s no secret that I’m a huge fan of Bodhi Seeds.

Some of you may have seen my other thread Guava Hashplant x C99. Same idea for this one. I hunted a pack of Jabbas Stash and found 6 females, 2 of which stood out above the rest in both effects and looks. A year or so went by and I decided to let one of the two go. Another year or so went by and it came time for new introductions into the garden so same thing with the GuavaHP, I decided to pollinate this.

The mom was absolutely killer smoke and a stunning looker. Definitely one of the prettiest plants and flowers I have ever grown but she wasn’t just looks, she had the personality to go with. It was the type of stuff you wouldn’t want to smoke mid day or before doing any kind of hard work but she was far from the perfect lady. She had a couple flaws. She had a bit of nitrogen sensitivity from the Snow Lotus side which I have witnessed recurring in SL strains. I feed pretty light in general and I really don’t like this quality in any strain I have grown. Making multiple feed mixes to suit the needs of differeing plants is not something I enjoy to say the least. She also had a bit of a lanky stretchy structure which needed a lot of support and she was a massive bitch to trim! Way higher leaf:calyx ratio than I prefer. So she was far from perfect.

As for the C99 dad(I’m copy pasting this part from the other thread) the story goes that MikeJ(PeakSeedsBC) received his C99 seed stock from Frost Bros when they got out of the breeding game, who worked the original Bros Grimm release to F4. At the time I purchased the seeds MikeJ told me he had worked 3 generations onto the line himself. I had previously test grew this C99 for him. I grew out about 40-50 C99 ladies in 1 gallon pots over the course of a couple runs and learned that the strain was completely uniform/homozygous. All plants are the same with minor variances mostly only in height and nuances in smell. Growing this many out I got to know this strain quite well. Not a single banana or ballsack was found on any of the C99 either, she’s rock solid in that regard. Truly ripe at 56-63 days she smells of pineapple funk and spice with a potent but functional racy daytime git-r-dun type of high. Now being a non professional/hobby breeder who lacks experience in male selections I figured this strain is perfect to try for a pollen chuck. If all the females are the same and fire I figured so must be the males. So for the first time in my life I popped a pack or seeds and culled out all of the females for space constraint sake. I can’t remember if I used 2 or 3 males to be honest but I then culled out a couple males and used the shortest, least stretchy males of the bunch and mixed their pollen together upon collection and proceeded to pollinate everything I was about to let go and thus the Guava Hashplant x C99 was born.

Here are the 2 cuts I decided to hold onto. It was very hard to decide which cut was better and which to keep so ultimately I held onto the 2 for a while. This seems to be a recurring theme from Bodhi packs. First up this is the first one I let go prior to pollinating. I have got to stop doing that lol! I blame the limited plant count combined with a small garden and a desire for variety. In hindsight I could have easily kept all these cuts. From here on out I vow to never let a cut go again! lmao yea right.

This one seemed like a nice healthy mix between Bubba Kush and Snow Lotus. 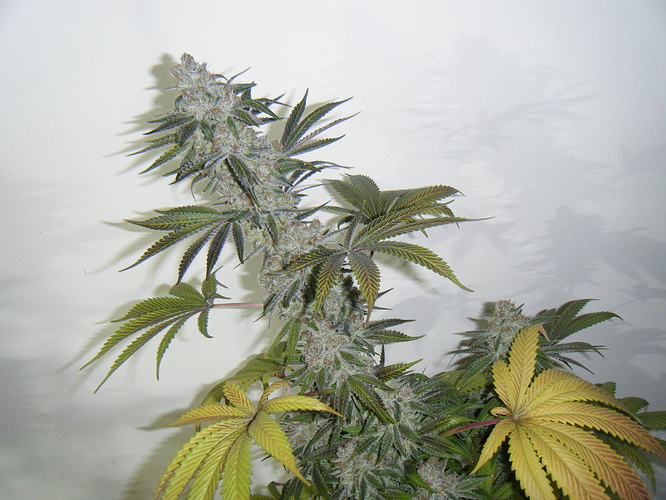 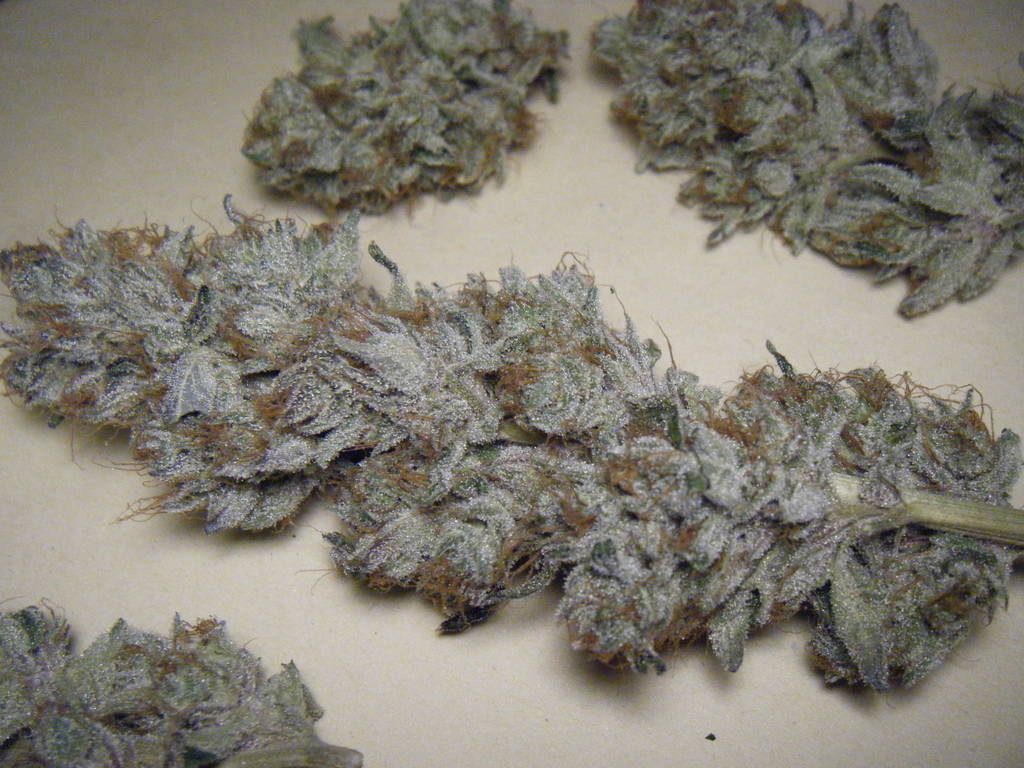 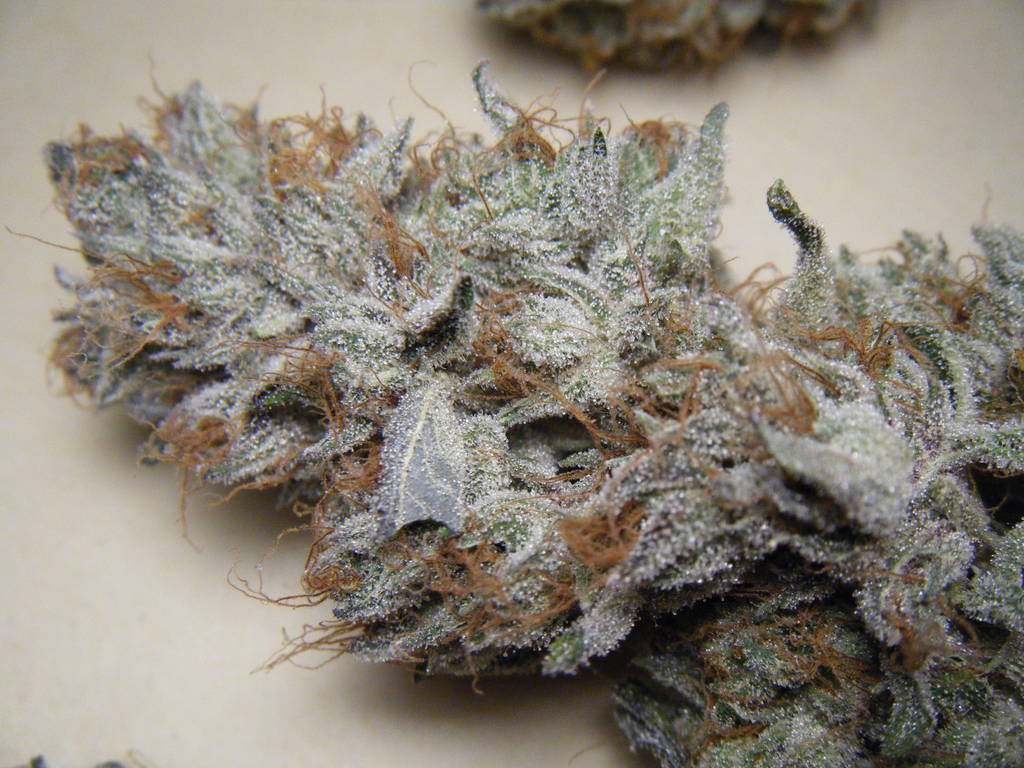 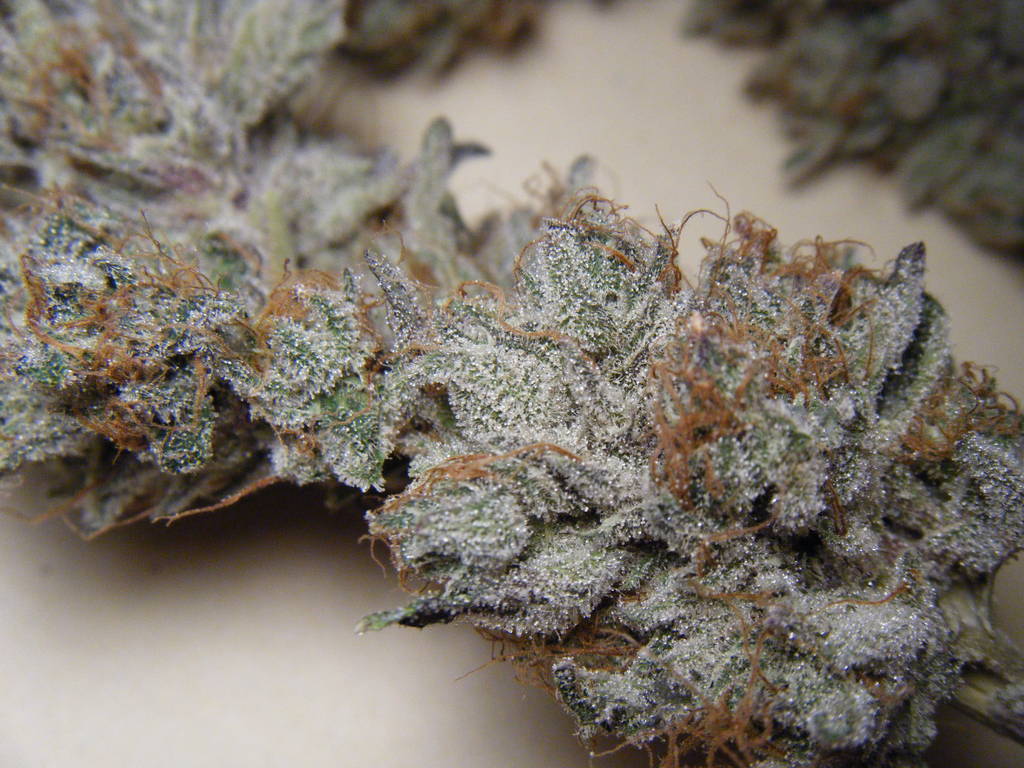 This is the one of the two that I held onto for the longest and pollinated. She was an absolute stunner both while alive and in dried flower form. 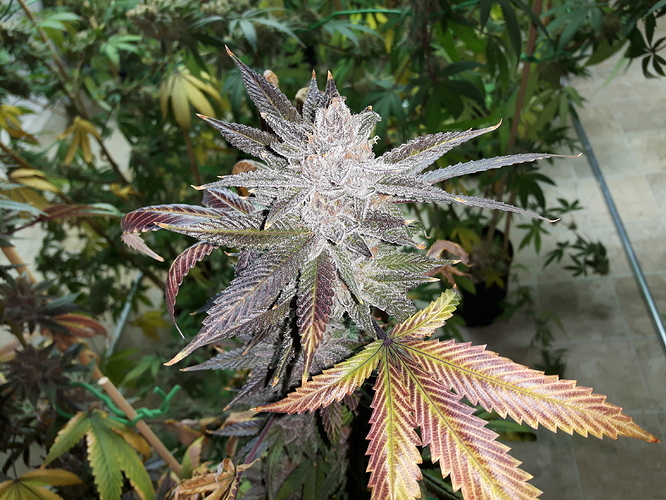 Check out these flowers… and they say purple weed isn’t potent. HAH! 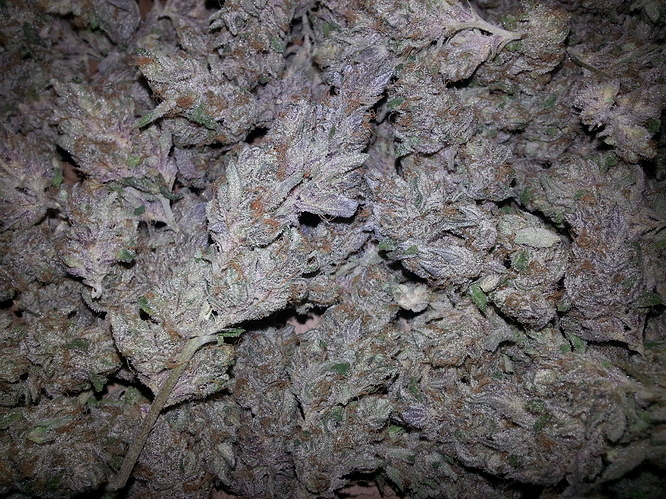 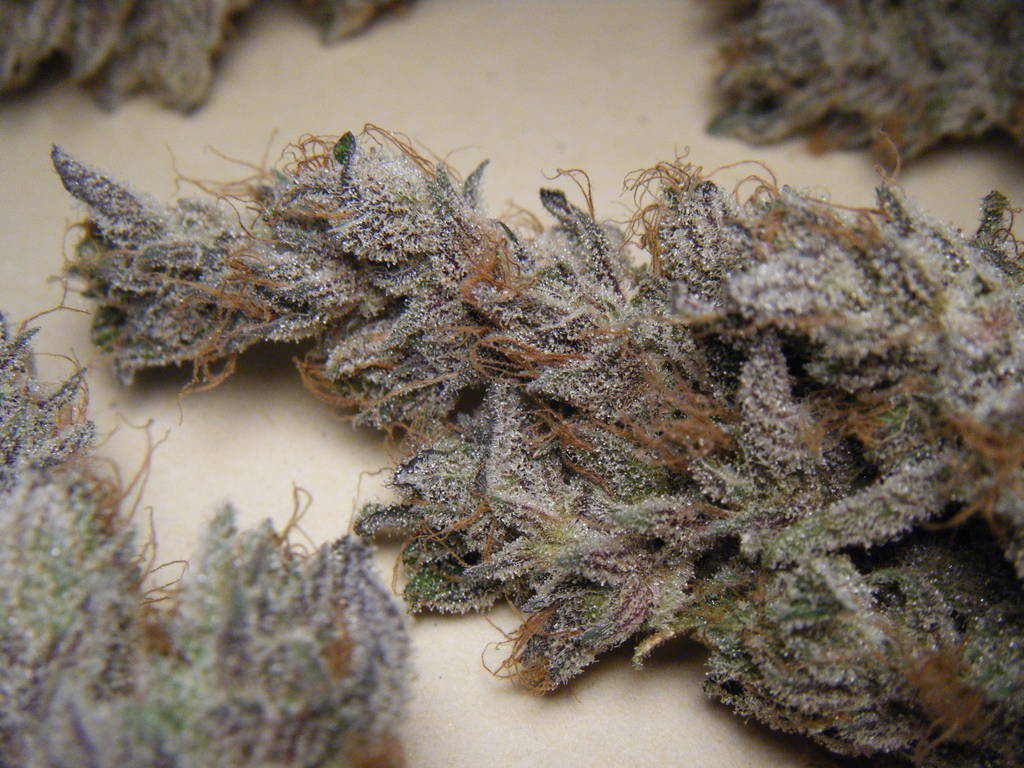 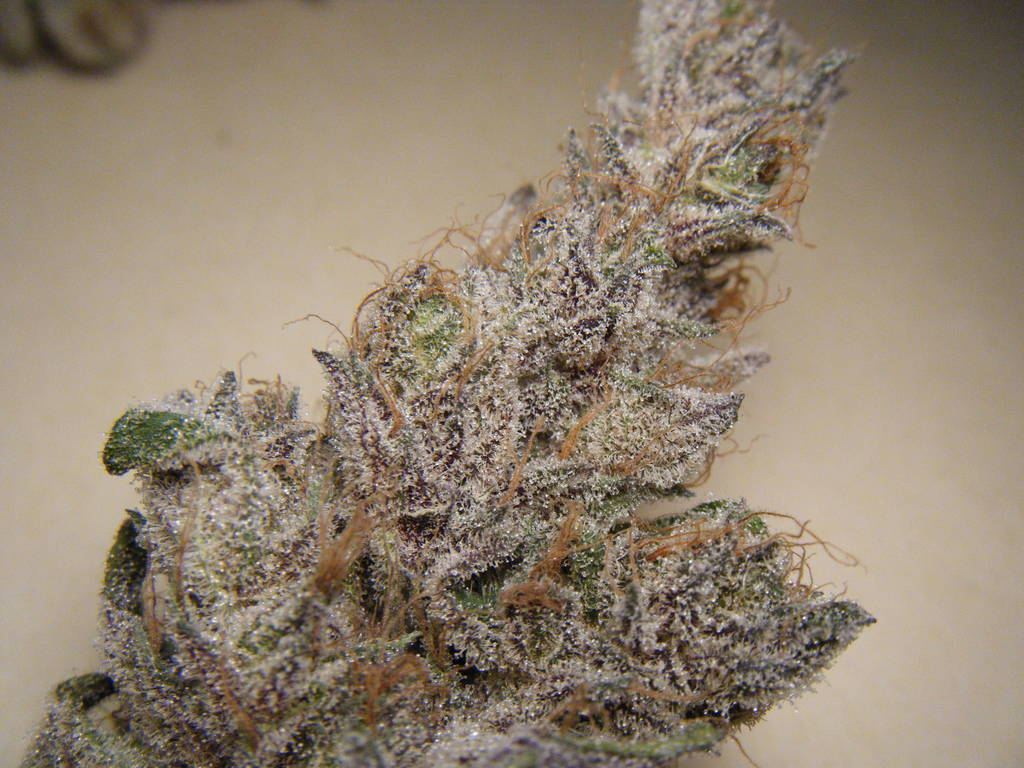 Both Jabbas Stash moms had tones of grapey kushy berry goodness with tones of coffee in there to varying degrees.

Unfortunately I didn’t take any pictures of the males that I used nor did I flower them past the point of pollen collection so there is nothing to show in the way of the C99 males but I did find some old budshots of the female flowers. Quality herb no doubt. Have a peak. 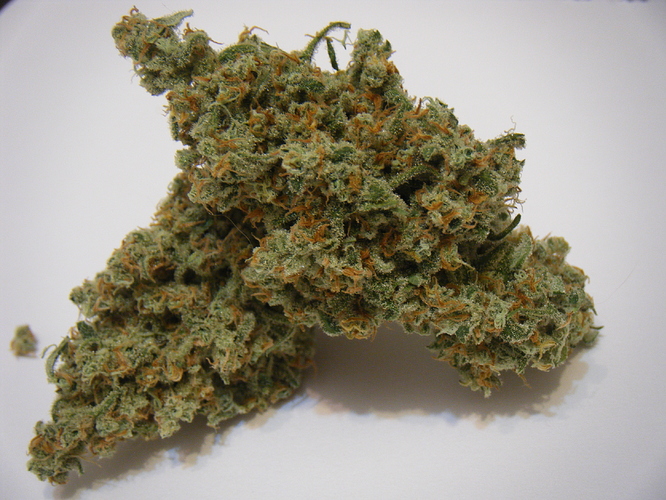 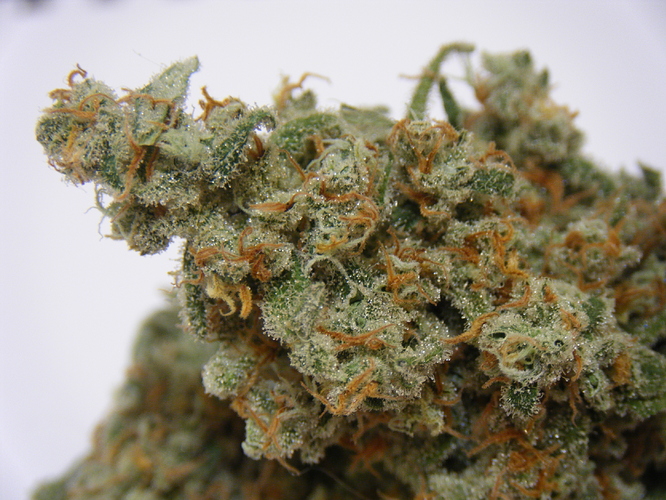 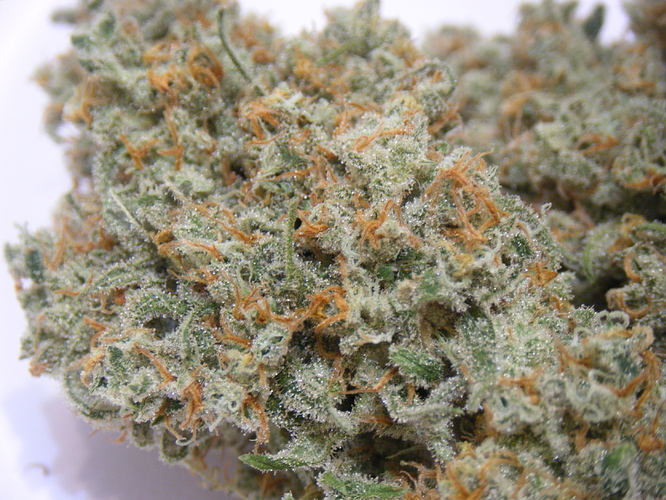 Now that we have the parents out of the way let’s get to the progeny. The cross itself. The blending of the Jabbas Stash with the C99. The proof is in the pudding as they say. Here’s where the story differs from the Guava Hashplant cross. Ultimately I am not happy with the way this one turned out. The flowers were dank no doubt, but the C99 didn’t come through at all. It’s fascinating to see how the genetics of different strains blend or dominate the other. I want to call this cross “Cindy where are you?” because she is nowhere to be seen around here lol. I understand it was a very limited testing and I will hunt through some more in the future but in the 2 ladies I flowered they were both very much expressing from the Jabbas Stash side. One was very much looking like Bubba Kush and one was heavily influenced by the Snow Lotus. Let’s have a look.

Let’s start with my least favorite and save the best for last. The Snow Lotus leaner. Nitrogen sensitive spear shaped super fruity frosty flowers. Not terrible by any means but not even close to my favorite either. 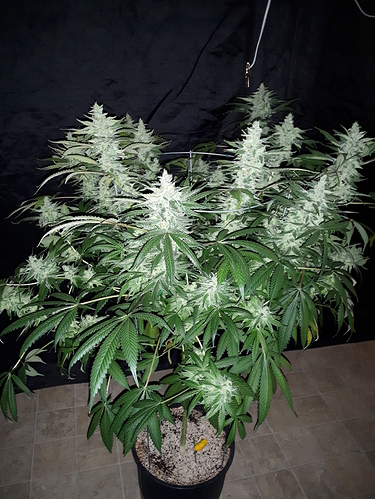 You can see here what I mean by the poor calyx to leaf ratio. Perhaps the excess leaf is coming from the higher than preferred nitrogen content in the feed?

either way I’m not a fan. 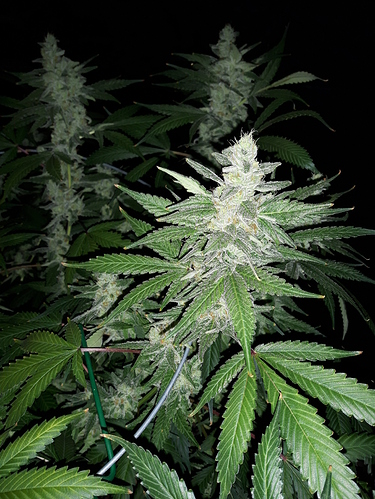 And a little dried nug from this plant. She’s nothing to show off imo. 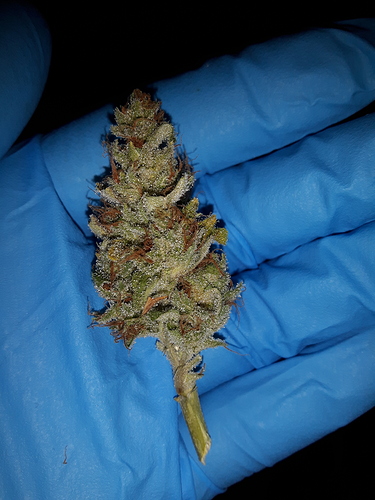 Now for the better of the two. I actually really enjoy smoking this one, it’s a heavy knockout type of smoke perfect for bedtime but it was a low yielder which is a part of why I am not happy with how this turned out. She sure is a beauty though and I definitely favored her over the other. 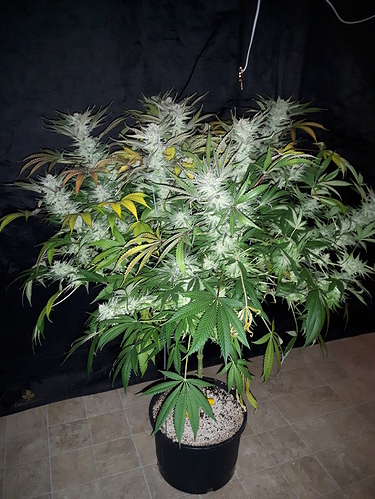 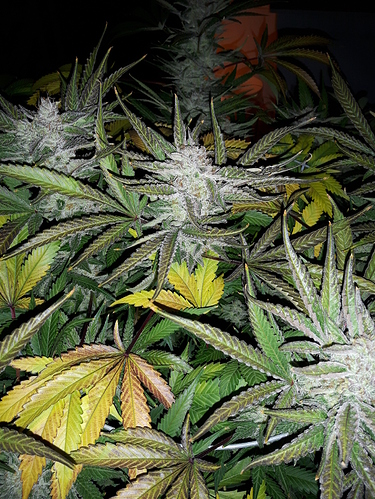 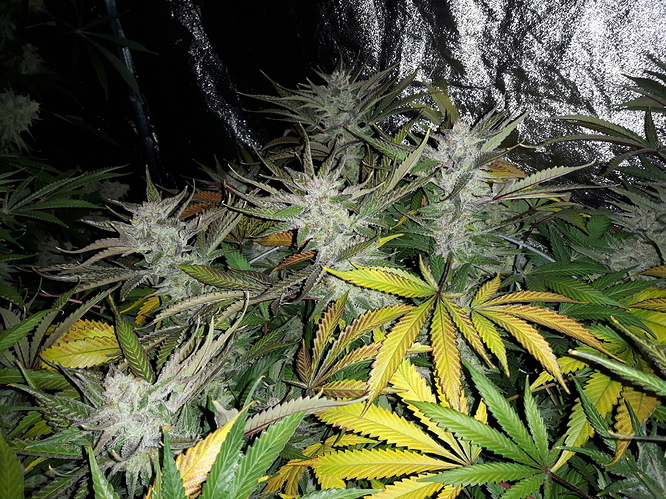 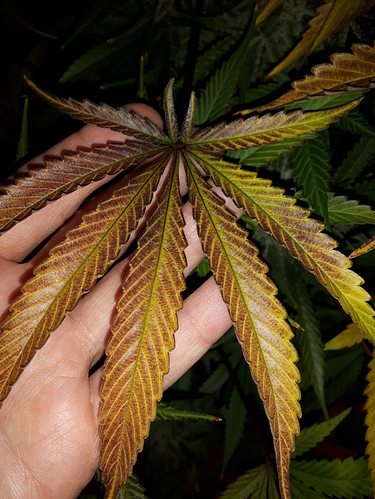 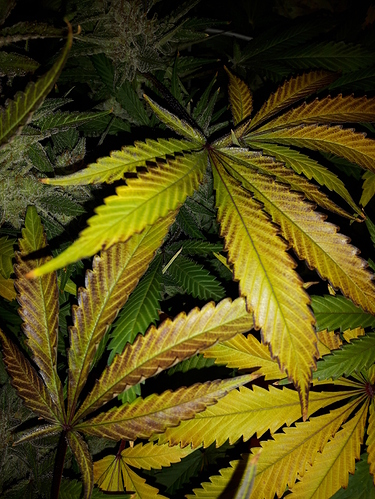 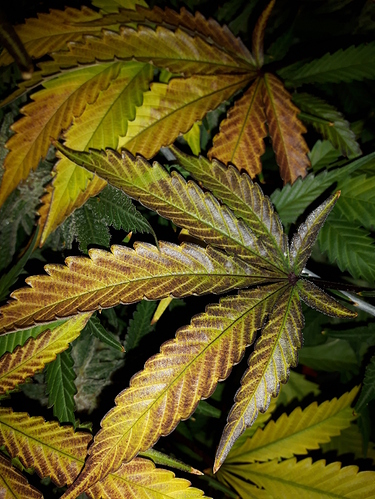 Fast forward a week now the leaves are lookin fugly as hell! 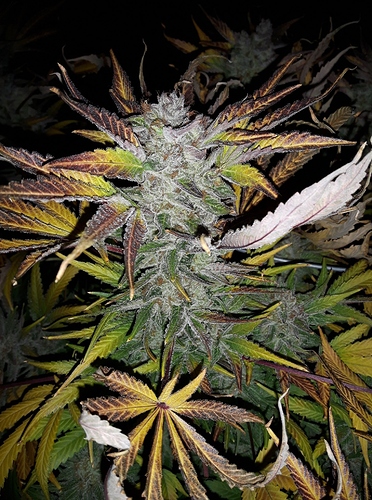 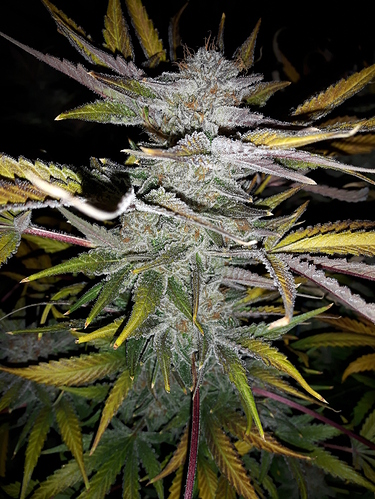 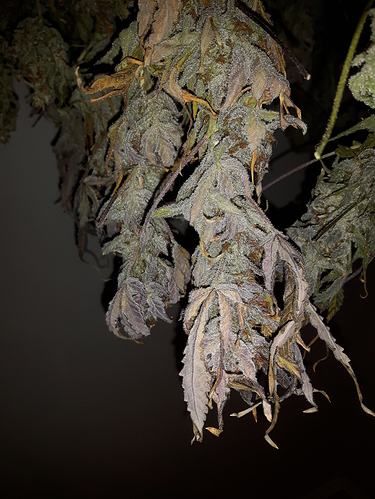 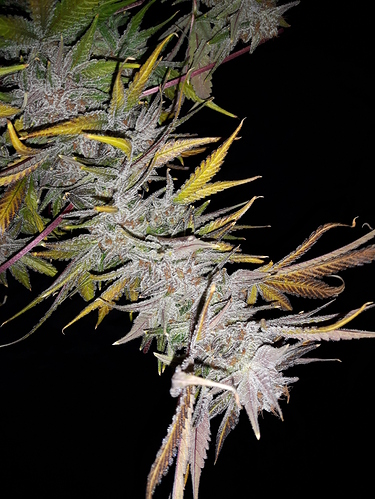 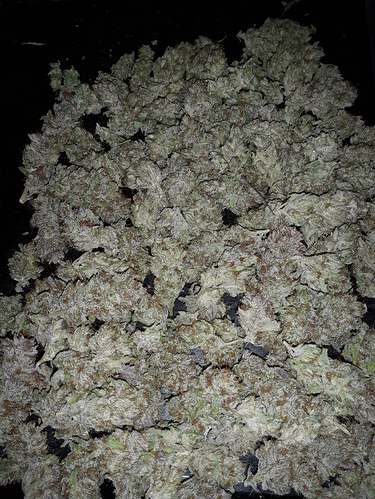 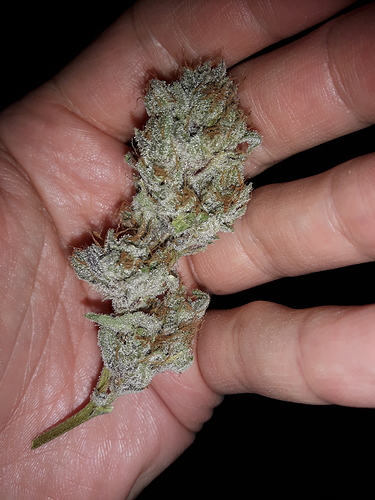 I won’t be sharing these with the community because I’m not happy with the way they turned out(low yield, nitrogen sensitive phenos, no C99 traits present) but I just wanted to give you all a peek into my garden and the projects I’m doing and a little insight into my thoughts and methods in these pollen chucking adventures!

Haha you ever need a local tester give me a shout. Once i up my game. I would love to start breeding my own as well. I feel like I need another year or two of experience first

I like to try and grow them out myself before sending them out so I’m not looking for formal testers but you are more than welcome to try any of my creations and considering we are local to eachother I’ll probably have some clones to share in the future.

Although I will admit I sent out a couple untested C99 crosses to some folks with the GuavaHP x C99. One I am currently growing for the first time though so I should have it completed before anyone gets to it unless they pop them as soon as they arrive.

Also I feel like no experience is needed to start some breeding projects. Let that pollen fly my dude!

Making your own crosses is also a great fix for when you’re addicted to seed shopping haha.

Yeah for sure. Let me up my game here. I think i am done buying seeds for a while. With all the recreational breeders on OG there is no need. Members like u and others( dont want to name names in case I forget someone) are so generous. I have had nothing but help and generosity from this community. In the future I hope to make some seeds to give away myself.

I have been considering crossing JOTI blue God with my greenpoint jelly pie. Haha no idea if it would be good. But sounds good.

We can do all kinds of selections and stuff but in the end there’s only one way to find out and that’s to make the seeds and grow them out. The proof is in the pudding.

I also pollinated this Doc Holiday with the same C99 pollen mix so I’ll have this same type of thread detailing her just like these ones in about 3 months. 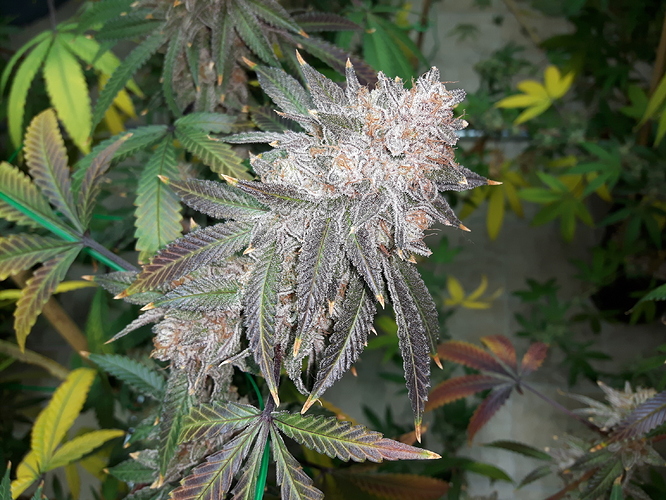 I have 5 seedlings going right now and one other random in there. 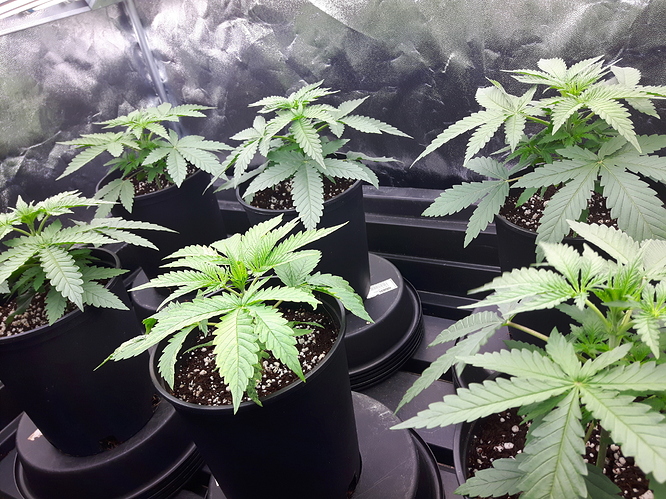 I’m drooling again because of you.

The leafy plant just may be leafy but your N-excess guess is good too. A leafy but still resinous plant is a hash-plant AFAIK…hashmakers only care about lots of good resin…right?

It really is entertaining & interesting to see which parent will dominate what traits!

The only pattern I’ve noticed so far is that an IBL crossed to a polyhybrid will have IBL-parent-dominance, it seems.

Another curiosity is to see what the progeny seeds look like.

Haven’t noticed any pattern there yet.

Holy cannoli there’s some beautiful colors in that Jabba’s Stash. Should make for some interesting offspring.

Killing it there! Some amazing colours on those beauties.

I’m sure the local birds would appreciate those seeds

Yes I always thought the IBL genetics would overpower most genes which is what really surprised me with this cross where the opposite is true. I need to grow more of these seeds to see if these 2 were the outliers or not but the fact I had one bubba and one snow lotus pheno makes me think they are not the outliers.

I wouldn’t think IBL would necessarily take over. My understanding is limited, but I thought IBL was just breed for consistency, homogeneous. In theory you could breed an IBL with all recessive traits which would leave any out cross not displaying any features of the IBL at least until F2.

Yeah I don’t really know how that all works it was just an assumption. I’m just a chucker not a scientist lol. I have no clue how traits work and are passed on and expressed. I just go based on feeling and plants that call my name. Good moms are very easy to select.

Males on the other hand, that’s another story. But I think we put too much emphasis on this whole male selection process and putting breeders on a pedestal. Choosing a male for it’s structure and smell is easy. I’ve said it before and I’ll say it again, there’s only one way to find out if it’s a stud and that’s to grow the seeds out.