Oh ya that would be awesome, thanks.
Definitely would be interested in searching for some Blueberry terps. I’ve heard good thing about AK beans vintage Blueberry.
That’s a good name Blueberry quest, kudos to you on the name and the kick ass cross

we’ll give Doug a while, but either way, we’ll hook you up

Thanks I appreciate that. Any other members running the quest?
Love this place. Wish I new about this place a long time ago.
I know budderton from roll it up and chuckers, he gifted me a bunch of testers last year that I have to delve into. Tried a few but ended up with 3 mutants and 1 male.
Wish I had for space to run more seeds…lol but I have to run my keepers to keep me with enough top shelf

I like doing seeds in smaller pots, as I’m pretty picky and only like the real stand outs. So I do smaller ones to try and find the keeper so I don’t end up with a bunch of smoke I don’t like that much. But it’s fun trying to find those real special plants.

Yes a couple other members here got those beans, alaskagrown will be running them in his huge blueberry pheno hunt, along with 15-18 other blueberry strains, happytrees23’s is running some now, and I sent a bunch up to Canada, I’m not sure when those will go out… that’s up to Doug

I wanted to get some out to the U.S. distributor but we’re having some issues and didn’t get to do that

Sorry for the late response @Justblazin and @buckaroobonsai , I was meaning to circle back to this. Sure, no problem, send me some info

Ok thanks, I’ll send it over

Well I topped them the other night just as they were getting settled into the new pots. They are just starting to grow out now.
Going to put another row in as well, plan was to put some either bigger or smaller ones I have in veg of the same phenos in the tent.

But I’m getting in some snips tomorrow from auntie janes nursery and now I’m thinking I’ll clone and then put straight into flower after I see roots in a week or 2.

Don’t think I can wait to try them so I think I’ll put them in 1 gallon containers and straight to flower pretty much. I am getting 2 snips of each strain so if all goes well I’ll have one in flower and one in veg of each new strain.

Here’s a pic of the tent today. 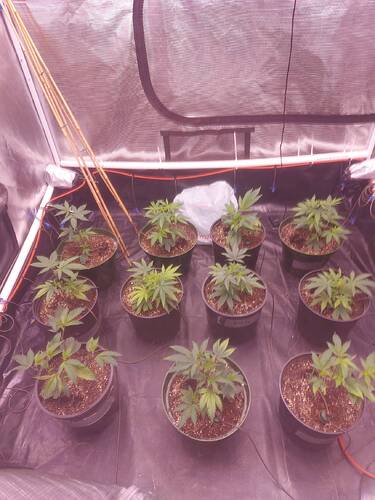 Thanks so much Doug, you the man!

Got my snips today, let them soak in water a few hours then cut them and put them under my dome.
Hopefully they root​:crossed_fingers: 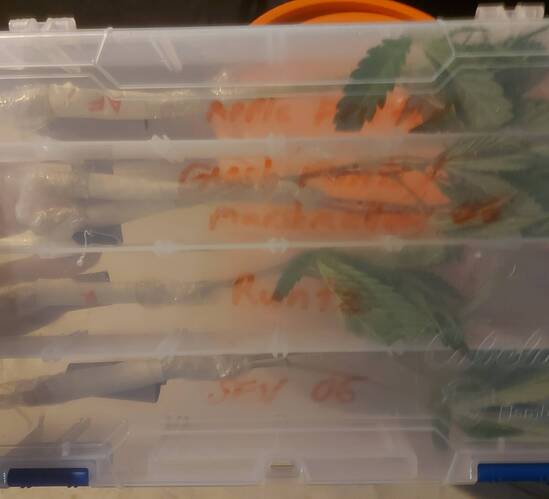 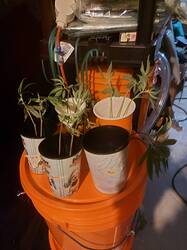 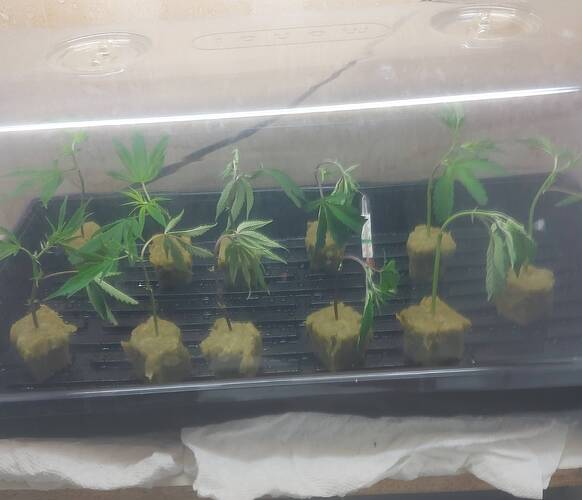 Plants starting to take settle into the new pots.
And the clones are perking up, hopefully see some roots in a week give or take. 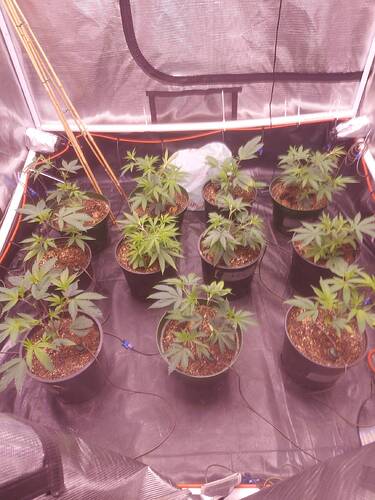 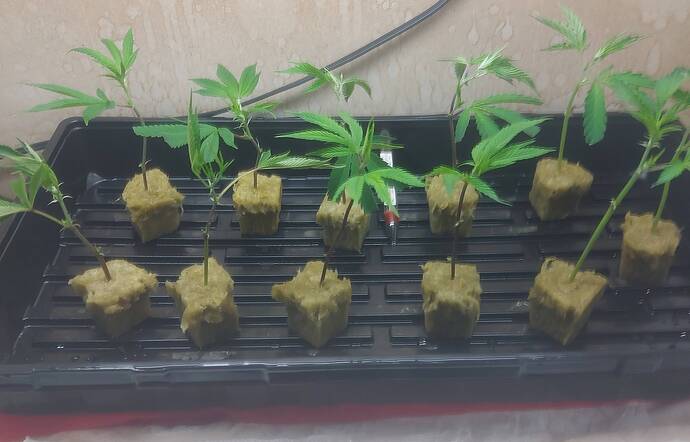 Looking good in there buddy

Thanks😁
Might flip them tonight, want to get this run out of the way so I can give more space to my new cuts.

Ya, those cuts really perked up 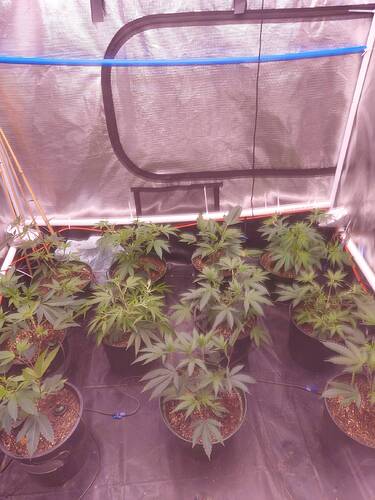 Went to the hydro store and had my 5 keepers tested, was in a super rush to make it in time before they closed so I didn’t really get to pick out the buds just quickly grabbed them from almost empty jars so they were all manhandled, the one night stand had all the nugs from the bottom peeled off so I’m pretty sure it’s the bud I took to my buddies and smoked half and put that half back in the jar then ended up taking it to get tested😔…lol
Anyways the guy couldn’t do it right then, so they did it the today and sent me the results. 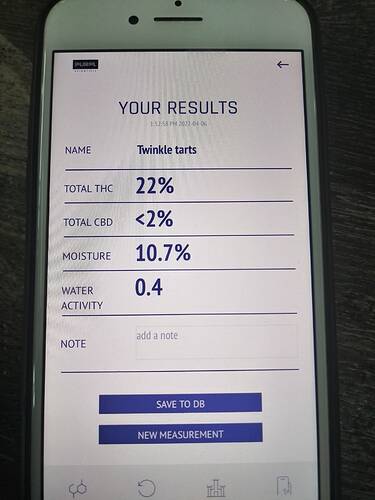 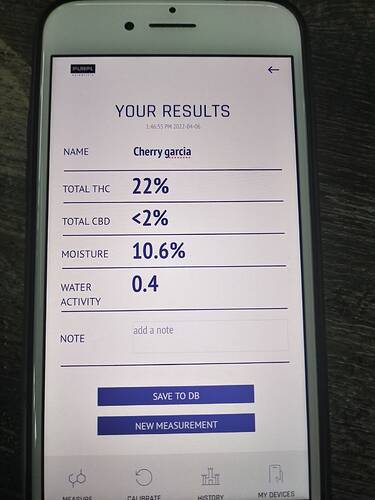 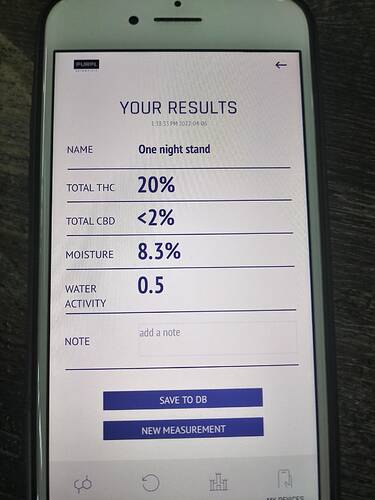 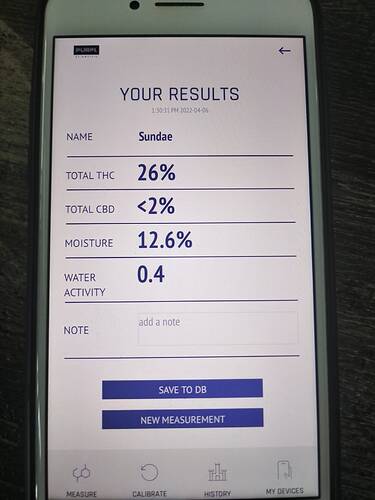 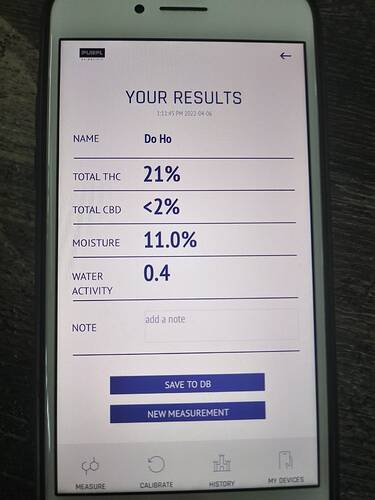 Sundae driver coming in at 26%

What kind of tester did you guys use for that?

Found it, 1500 bucks, ouch! Maybe when the price drops a bit

I had it done at the growcshop they bought one,didn’t ask what kind
They said it was 2500