My journey began in 1973 when I met Abuelo Garcia, a 5th generation cannabis farmer from Mexico. Abuelo took me under his wing and taught me his method of organic cannabis farming which was based on layering of amendments in a 3’ X3’ hole using loam, fish heads, kelp, different types of manure, He also used bacteria and fungus obtained from naturally established colonies under trees and near creek beds. He taught me to use alfalfa and willow branch steeps as a growth accelerator.
My first solo grow was in 1975 in the San Jose Ca hills where I grew a Santa Marta gold and Hawaiian plants. The grow went stellar and produced many LB’s of fantastic buds. Keepin mind that at that time the VAST majority of available weed was brick imports. Granted lots of it was really good columbian or high grade Mexican but ," SInsemilla" was something rare and coveted.
When I hit the streets with my buds people were stunned and I was selling it like hotcakes for a high price.
Getting an OZ into the hands of a well respected local grower and nursery supply owner he was VERY impressed with my skills and called the end result some, “Green Wizard Shit!”
I already had the name Kendo from my Martial Arts endeavors and so the nickname became,“Kendo Green Wizard”
The following year I hooked up with a cute female who’s uncles were Santa Cruz growers of Purple Haze who were impressed with the 1976 years harvest and put me to work with them at their Santa Cruz spots.
I ended up establishing a great relationship with them and went to Mendocino, Trinity and Humboldt with them to help their friends harvest and trim.
A couple of years of XLNT adventures and growth helped me to establish a solid grow knowledge base and I followed up with Guerrilla grow operations in the Santa Cruz mountains in the following years. 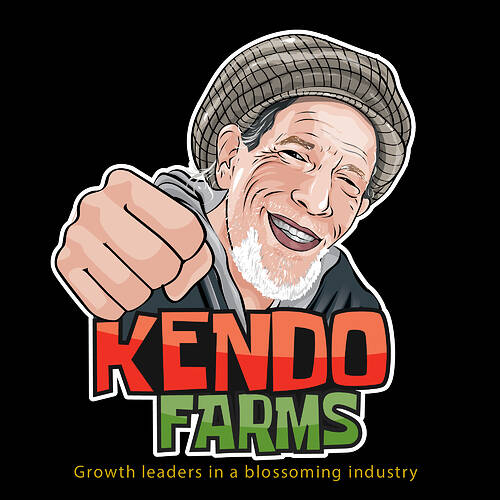 Awesome story @Kendo. Look forward having you around here. Welcome to OG!

Cool I was watching your YouTube Videos the other day.

A ten year span of on and off guerrilla growing led to many storied adventures such as this one.
I had a half dozen grow spots jus outside of a couple of state parks in the BLM and I utilized a roundabout mnethod of accessing them. I was observing one particular spot from up above eating my lunch when I spotted some movement near my grow.
I saw someone stealthily move away from the spot they were in and appear to go take a piss then move back into place I knew this was a cop and after a few more minutes saw another person a short distance from the first. I had been very careful to not make any trails into the grow and so they had no idea of which way I had accessed the spot.
I dropped all my nutes and worked my way back to the hiking trail but on the way they must have spotted me. Looking back I saw them coming and immediately got noided out. My stomach went into overdrive and I had to take a shit, LIKE RIGHT NOW!!!
I cut of the trail and pulled out my hikers shit target and commenced to take a massive dump. Within a minute the cops ran past and and saw me shitting. They pulled their guns and started yelling at me to put my hands up.
I yelled back, " WTF! I AM SHITTING HERE" " I at least need to wipe my fuckng ass"
They looked at each other and laughed telling me to move slowly.
I wiped my ass and pulled up my pants, they then searched me and my backpack where they found nothing. They checked my fingers for residue from Blue fertilizer which there was none of.
They asked me some questions about where I was going and where I had been. I already had a story setup and so they figured I was just a hiker.
They told me to be careful around there because there were Evil pot growers around and they might kill me if I stumbled onto their illegal grow operation.
I was like ,“Fuck those asshole pot growers fucks, they scare me bigtime”
Folding in my hikers shit target and walking away I was laughing hard inside.
Obviously I lost that one grow spot but pulled off the rest. that year.

Looking back I saw them coming and immediately got noided out. My stomach went into overdrive and I had to take a shit, LIKE RIGHT NOW!!!

As a young guerilla farmer, every time I was hiding from cops, I would have to shit… immediately. WTF is that? HAHA

Welcome to OG ! Great to have ya here I loved reading your grow stories above and thank you @GrapeApe for making mention of more excellent material on YouTube! Will be subscribing there as well!

After years of Guerrilla operations I finally went Medical in 1996 and began growing in my backyard.

Lots of great grows and easy operations were friggin fantastic. No more lugging bales of pro mix miles into the bush, no more stealth approaches searching for the man. I was in grow heaven.
I came across Overgrow in 2001 and lurked for over a year, I did not start posting for quite some time. Once I did I made a bunch of immediate friends and gained a great following.
I started taking pics of my grows for the first time and posting them on Overgrow and Cannabisworld. Herea are a few shots fro the early years. 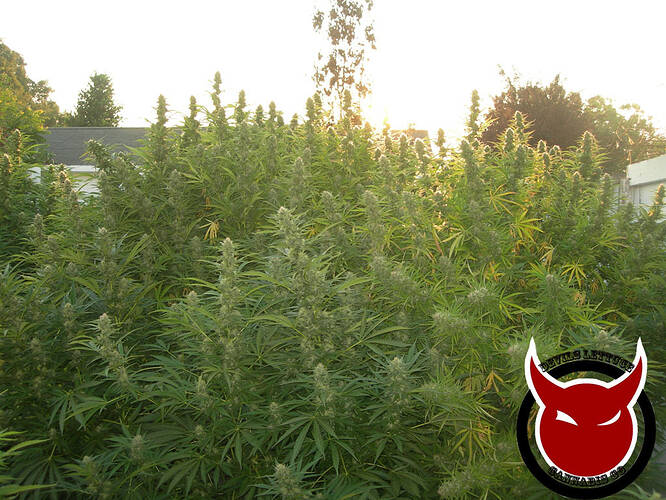 monster reveg.jpg1024×768 268 KB
This is a 13lb specimen of Preservation Haze named for my mentor Preservation Dude. This particular phenotype was aptly named Lobster stalks due to the fact it made your eyes feel like they were being pushed a foot out of their sockets. She sent a person to the ER and amde a long time Overgrow denizen need to be restrained behind her Paranoinic inducing high.
20 Likes
Kendo April 16, 2018, 5:21pm #9

My last Guerrilla operation the side of a hill was very satisfyin. Tucked slightly under some trees the grow op yielded really well and produced some superior cannabis. 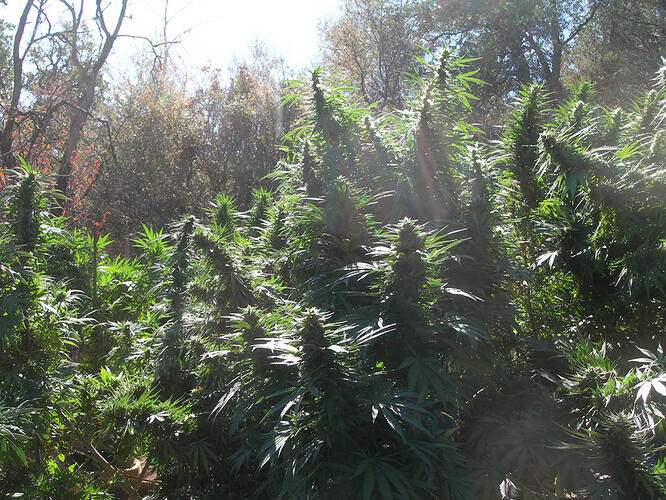 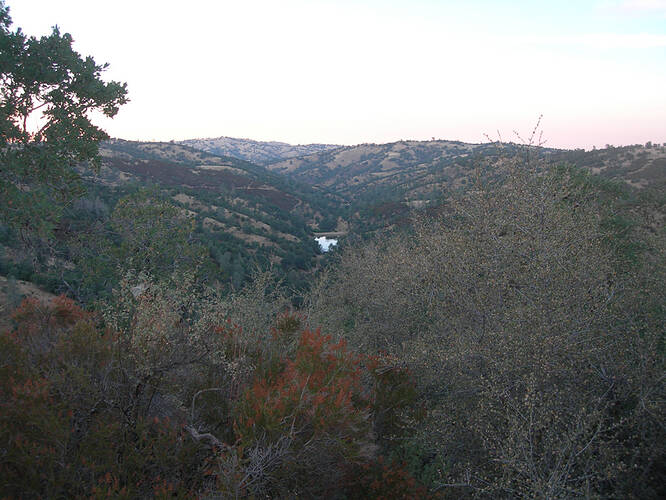 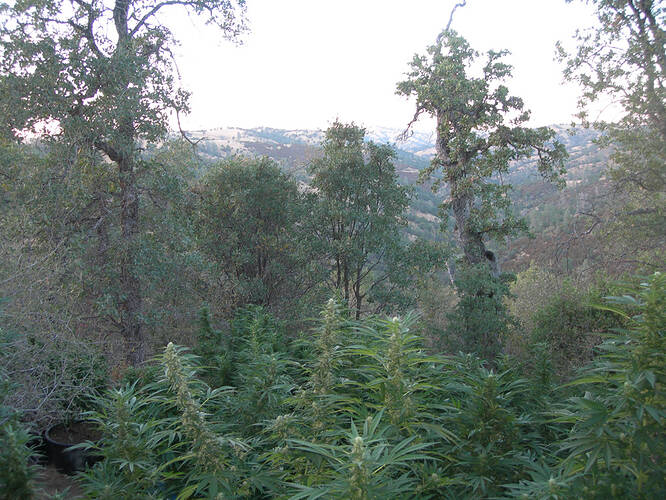 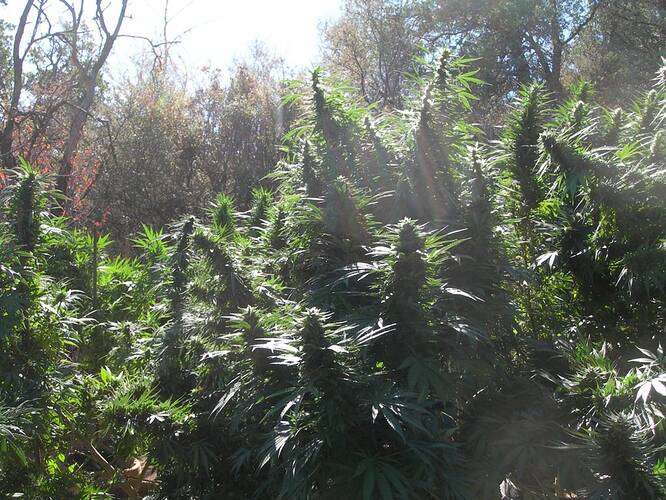 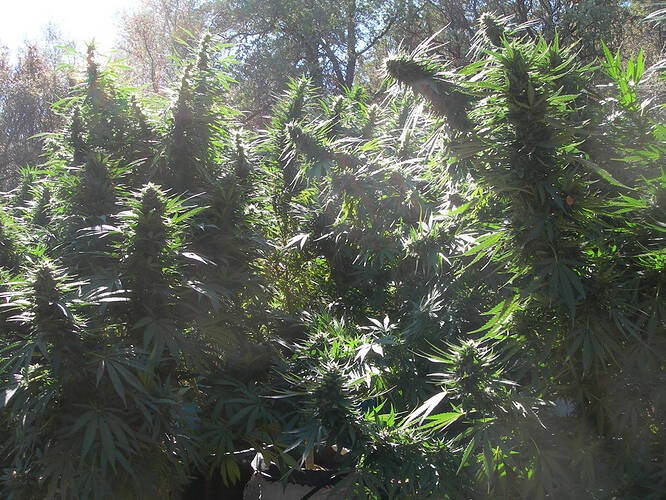 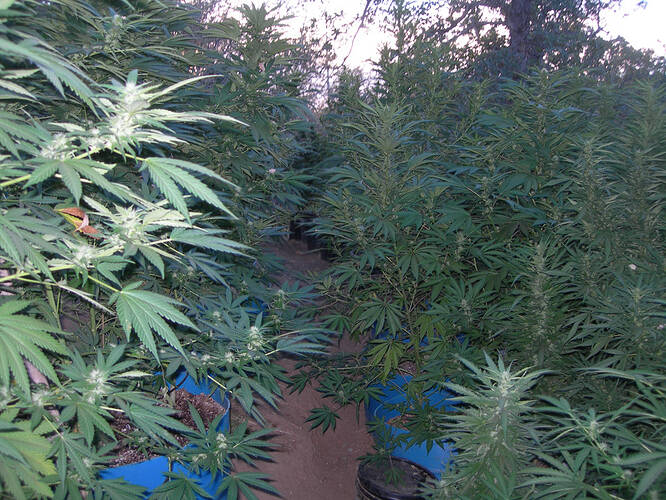 Great show, thanks for sharing!

Hey Brother great to see you, hows your G13/HP/Purple Haze doin?? Now that’s also another great plant in your garden I hope brother. still hope you have that as I remember it well haha. hope you and the family are doing great my old friend , prayers to you and yours brother…ndn:innocent: so great to see ya around brother!!

If a lot of the newer folks don’t know about my bro Kendo The Green Wizard he has been around since forever and one of the top growers I ever knew and respected , check him out on You Tube and see how great he is , awesome advice and even better stories for sure. Take my advice peeps this man can grow some bud he has adapted from old school outdoor grows from the seventies with awesome mentors like Preservation Dude and others to growing now in wicked organics for some of the best top notch bud around ever. Watch and learn my friends you won’t be disapointed…ndnguy:+1:

Kendo The Green Wizard … check him out on You Tube

Thanks, I’ll do that! 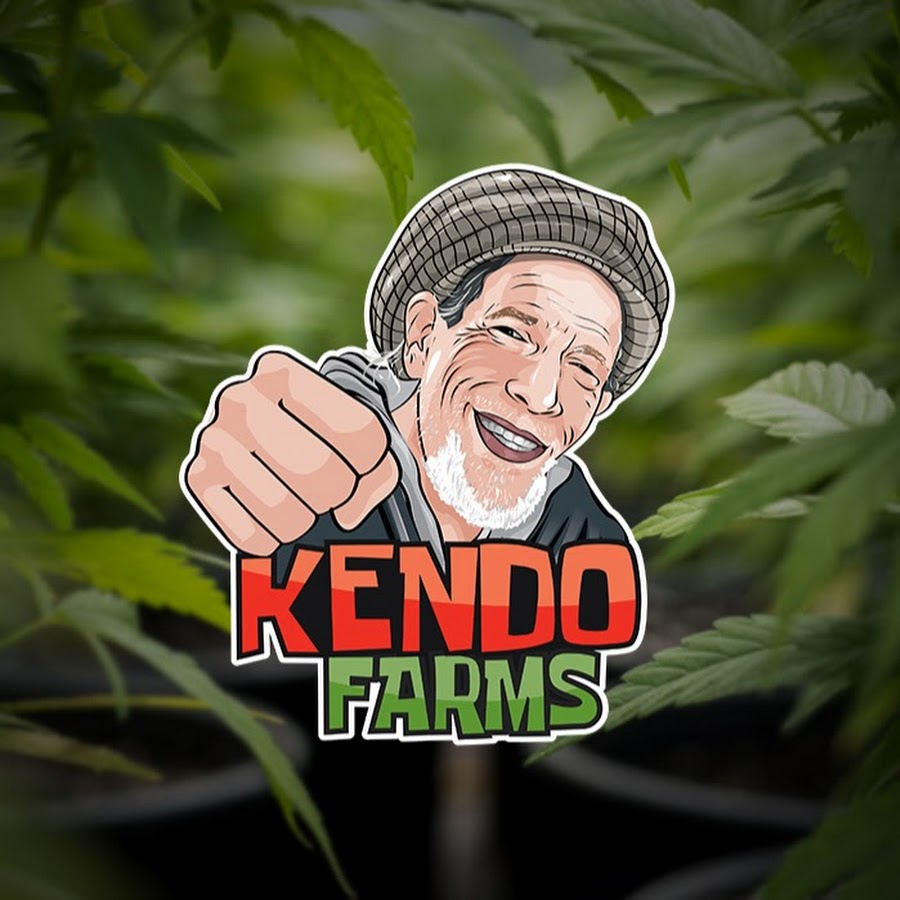 Kendo Farms is a brand new recreational cannabis company in the Willamette Valley, OR. Find us on FB, IG & Twitter @kendofarms

Amazing grows! And amazing stories! Thank you for sharing!

My brother from another mother. It does my heart such good to hear from you.
I have been looking for you for about 3-4 years now man!. Hooked up with people who said they talked with you ad gave them my digits and info guite a few times but never heard back. I knew that if you got the message you would get back to me.
It was fantastic when i heard from Barefrog that you were here at the old stomping grounds and I immediately sent you the message.
I have the Leonard Peltier drum you sent me a decade ago proudly displayed in my living room and every time I look at it I wondered what you were up to.
I have been growing out the progeny from the Ghurple Haze,( g13hp X Purple haze) that I crossed with the original mother Medo Purps.aptly named Kendo Purps lines recently. Finding some incredible phenos. I put some Kendo Purps 8.3 outdoors from clone at about 4’ tall on June 21st and she has produced some incredible gorilla arms that are already 4’ lond and 28" around at the base. reminecent of an old school NL5 Haze plant, just massive with appr 5 weeks left to grow.
I am living the dream bro, 3 1 acre farms all doing well, actually lucky that they are not at the usual 5-7 lb outdoor average or I would be in even more of a labor crisis than I presently am.
We only have 700 200 gallon pots going this year and will up that to appr 1,000 next year. 16 20’ x 40’ greenhouses and an indoor operation at 3,600 sqf
I am set to get permitted for a 600sqf indoor breeding facility where I will be doing the mad scientist shit in preparation for launching my personal seed line. I am also personally doing balms, scrubs and lip balms from plant extracts as well. We are working on getting a dispensary through investors and have secured a generous investment for an exytraction facility that will be located at farm #1. As you can imagin I ma susy as one legged man in a ass kicking contest.
If there is ANYTHING I can do for you my old friend DO NT hesitate to let me know. I am sure that like me the bones are getting creaky and this balm I produce will help a huge amount. It is totally legal so sending a package is no worries. Like that ever stopped us in the past

I will follow up this post with a private message with my digits so we can talk on the phone bro.
So much love to you bro and of course the strongest of Kendo hugs.

there is a lot of love here

Yo kendo. Long time since i saw you on the island, hope you and the copa dwellers are cool. Nice to be back and see old faces!!

This is a fun and all day job lol