Since it seems that people have interest in custom nutrient experiments, I’m going to log some experiments I’ll be doing amending a 5-1X-26 formula. In theory, this applies to several popular hydroponic formulations, including:

As a personal note, as long as I’m adding epsom, I prefer the 5-11-26 formulas so that I can provide other sources of Mg (primarily Magnesium Nitrate), and also epsom is already cheap and easily available. Note that Peters’ now lists their mix as having 6% Mg, similar to Jacks. It used to be 3.2%, so be aware of that difference and adjust accordingly.

For those interested in following along, pick your 5-1X-26 poison. I’m currently using the Southern Ag formulation, which I call blue razz, because it’s a startlingly artificial blue color. This is due to the use of copper chloride in the formulation to provide copper. I don’t prefer it because it’s more hygroscopic/clumpy than Peters, but sometimes it’s cheaper to purchase.

My Base Mix (control) 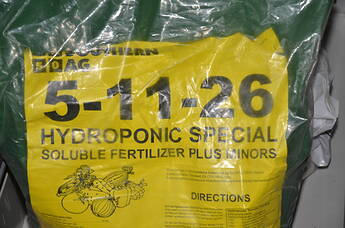 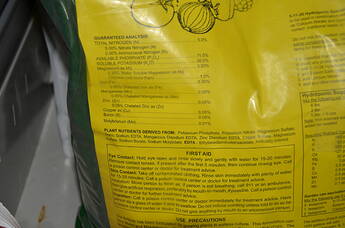 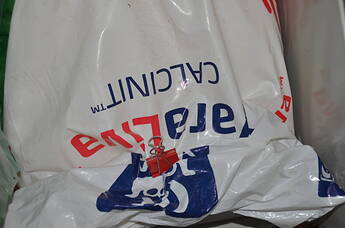 I’m going to use very inexpensive amendments. The goal is to minimize costs, so I won’t be using any fancy bottles. Here’s what I’m amending: 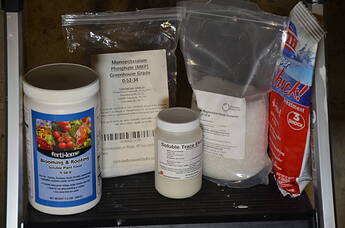 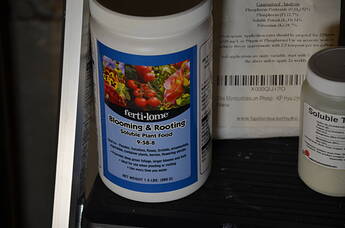 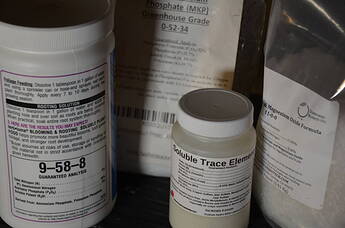 First up, the 9-58-8 is a simple mix of MAP and MKP that balances N/K while boosting P. This stuff is very cheap – I think that the 1.5lb tub cost me $9 at my local garden store. My target application for this is rooting (early growth stages). Next up I have MKP, which is a standard PK booster. I will be targeting flower/bloom stage with this nutrient. STEM is a broad spectrum trace element supplement. Finally magnesium nitrate I will try as a replacement for epsom during veg (as in my coco thread).

Bloom experiments are a little more challenging, and I’m not willing to sacrifice my grows, so these will be a little more conservative in approach. Typically, I’ll be using MKP, potassium sulfate or combinations thereof.

Veg experiments are where I’ll focus most attention. Intermittently, I plan to do more rigorous scientific experiments, possibly even to the point of killing plants due to nutrient imbalance, but still using conservative mixes for seeds I care about.

I’ll conduct nutrient “boundary tests” to determine their upper limits. This will look something like:

Qualitative experiments on plants I do not wish to destroy will also be performed. Currently, I’m starting with this mix in veg:

The hypothesis is that P is used more heavily during early stages for promoting root growth. @8k_feet saw some P deficiency at colder temps in his basement, possibly implying that the base mix could be amended with more P during early growth to provide a better tolerance to low temperatures, or to increase root mass.