During every heated debate between marijuana advocates and the- whatever the other side are calling themselves (Party poopers? Squares? Square poopers? Square poopers), no one could have anticipated that the best argument for the drug’s legalization was that weed has the potential to actually make lungs healthier. The logic is so counterintuitive that no one even bothered to study it until recently, and even then it was only because someone stumbled across the findings while doing a report on, of all things, an airport.

See, airports that host private planes produce high concentrations of particulate matter into the atmosphere because private planes, for whatever archaic reason, still use leaded gasoline. As a result, people who live near these airports suffer from a whole slew of diseases related to poor air quality, from asthma to COPD. This is true across the board; in every town or city in which these airports exist, people around them get sick … except one.

When the American Lung Association was compiling its Annual Respiratory Disease Report for 2013, they found that for some reason the residents around the airport in Augusta, Maine, had lungs like Wolverine. What they at first assumed was an error in the data turned out to be factually accurate, with an incredible answer: 47-year-old Marlon Cloutier was growing enough weed within the fenced property of the airport to mellow the entire state of Maine.

Not literally, of course. Maine was so outraged when they found out that they threw Cloutier in prison for it because growing weed is still illegal. But his heroic drug farm revealed a property of cannabis no one in the scientific field had considered before – specifically, that it eats up particulate matter from the atmosphere like a stoner eats up Nutella. Weed, more than any other plant, is phenomenal at cleaning pollutants from the air and creating a healthier environment for people. Although tests are only in their preliminary stages, marijuana not only is looking like it might be nature’s air filter, it’s also got the added benefit of being one of the highest oxygen yields of any plant. We could potentially be planting fields of it in every polluted city and saving lives. Sadly, while the reports from the ALA are groundbreaking, they will probably never make national headlines. Still, it’s nice to know that every time you smoke, you’re doing as much as any Asthma Walk. So do it for the kids, and do it for Marlon Cloutier.

that’s a fascinating map, I’ve spent my whole life in the red, I think I just figured out why my sister & I got cancer & all my friends from high school turned out gay!

living near an airport…jesus look what it did to Cloutier - giraffe-neck syndrome! poor guy 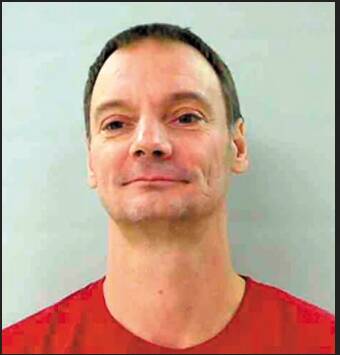 I use Santa Cruz shredders

Has anybody tried both the mendo mulcher and scs? How do they compare? 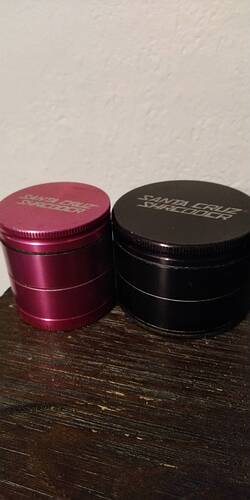 @West no luck with that, i’ve never tried a santa cruz shredder. i just emailed the emerald cup judges i previously mentioned to see if they’re still using the mendo mulcher grinder and they said they’re still using them and it’s their go to choice for grinding and favorite grinder (still no problems with them). The earliest I saw them using one was in 2007, and considering that they test hundreds of entries every year that says something.

I remember seeing a comparison between the two on youtube but i’m having trouble finding it. I know I haven’t used the santa cruz shredder it’s easy to see the quality of the mendo mulcher. No laser etching or any of that nonsense. the mendo mulcher is heavy duty, and you can grind up flower into a better “mulch”, and quite a large amount if you get the largest 3" model, but i’ve only compared it to a previous grinder i don’t use. Even though I have no experience with the santa cruz shredder i it seems like it’s not far off from all the other low end brands. to me, mendo mulcher really stands out above the others.

I got high and ordered a 4 piece mendo mulcher on impulse because it’s my bday.

Grabbed a space case as well.

Anybody know of any other high end grinders I should pick up to add to the collection?

IDK if you’ll need it man that’s some buy-it-for-life shit and you got 2.

yeah, you’ll probably never need to replace the mendo mulcher in your lifetime. which size mendo mulcher did you get? the 3" (their largest) is pretty nice. i do believe the space case is definitely a step down, but let us know what you think of them.

Picked up the largest 4 piece of both.

I just like having grinders in different locations and filled with different strains ready to go. Not a casual user.

Thinking about machining one of my own design so I thought I’d pick up all of the best examples currently made for R&D.

I remember when my buddy got a space case back In 07, damn that thing was fuckin nice. Idk if he still has it though as he has moved ALOT over the years. Might ask him later. But yeah it was nice compared to the cheap ass grinders I always had.

It’s a damn pleasure to use, almost effortless and the big model could shred fuckin’ pinecones lol

@West keep us updated on what you think of the grinders.

Recently got a me do and besides it being delivered in just a priority envelope I’m impressed. Especially for the price. Fits great in my hand. Effortless to grind a large amount quickly.

That said I’m still looking for something that grinds a little more finer for vaping.

I ordered some sort of us made Compton grinder too. I’ll do a comparison on all of them.