So how much plant material are you using per batch?

like a big ziplock and a smaller one combined. Also…SBR suckified just like bobs. So the theory hasn’t been falsified yet. Oh! forgot to mention the theory is this: plants with higher density per nanometer squared of trichomes will yield more hash. You can see in the big bud microscopic photo it’s a dense field. Also, another observation is: if a white pile of hash gathers under your pile when you are cutting up the bud to smoke a fatty, it’s a good sign for hash yield. I mean, once I say it like that, figuring out the hash yield champs should be straightforward. 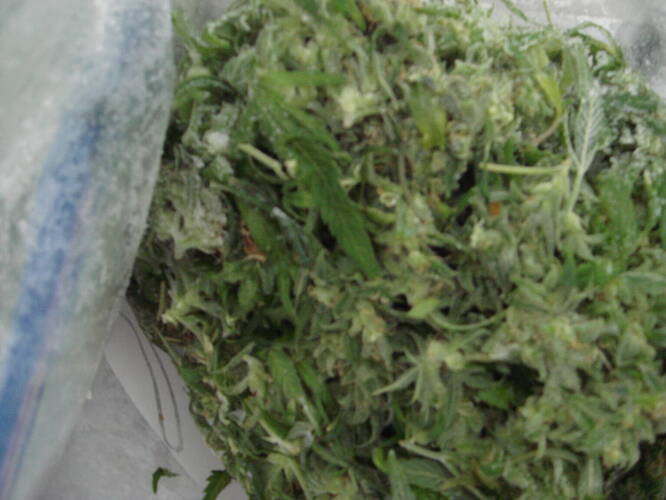 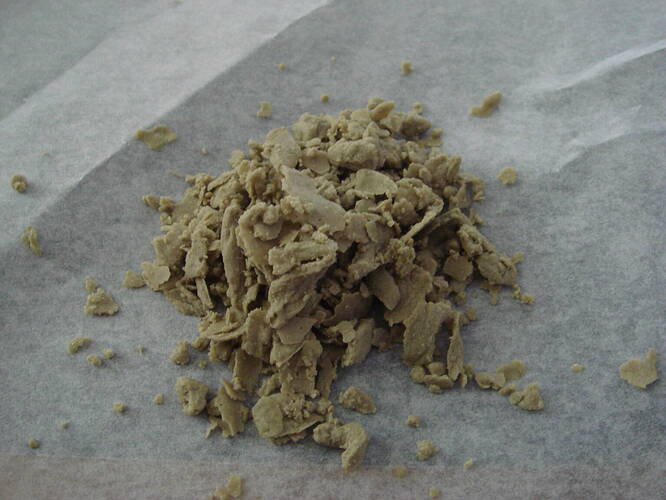 DSC034561536×1152 167 KB
that’s the entire yield from a single sugar black rose plant. Ullllltimate suckage! I know it looks good, but I can crank good looking hash till my arms bust off… what I really need is huge chunks of hash, not the suck-pile I just made. If that was big bud, the chunk of hash there would knock your socks…on? I’ll do that eventually, so everyone can see what size of pile makes me feel warm and fuzzy inside.
14 Likes
JoeCrowe March 15, 2020, 12:12am #24

now! time for some good up close looks! sorry bout the water vapor 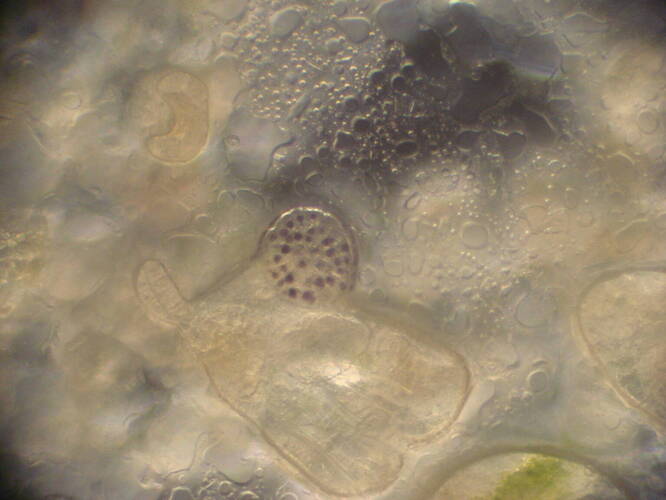 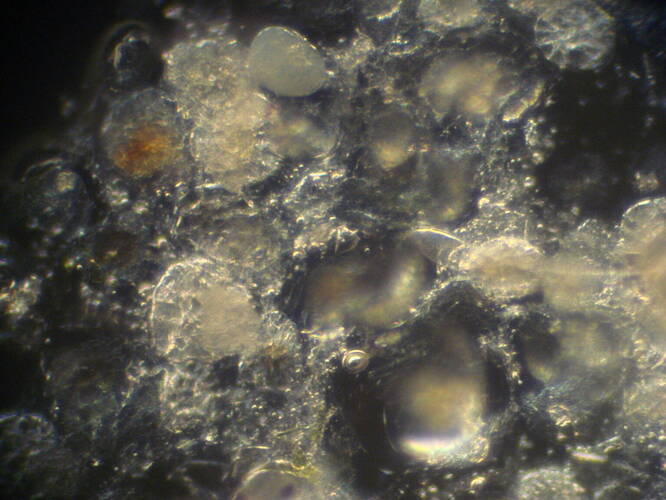 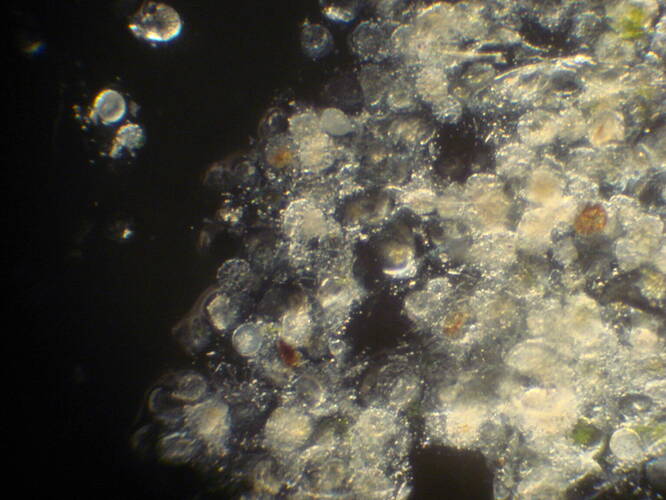 oh forgot to mention… me saying it sucks isn’t some kind of false modesty ploy, it’s true. You don’t have to humor me and say that hash I just made rocks, because I know for a fact it does not.

Those close ups look so cool, I could picture them blown up and hung on the wall.

I’m personally fascinated by the first photo of the trichome head with spots! There were several of them in the tiny sample I took, but that was the most photogenic. See something new every day, eh?

Ya i noticed that. What do you think those spots are?

I think a lot of people leave out, imho, one of the largest factors of ‘yield’ being when the plant is chopped. Trichrome heads mature then die off too which would affect yield also. Really interesting experiment would be taking identical plants over a range of time say 7 8 9 then 10 weeks and see where the quantity drops off

tomorrow I’ll try and get out the phase contrast unit and we can have a closer look at some details. There is a lower yield from immature plants, from my experience. Probably linear with bud yield, would be my suggestion. Once the buds stop forming, probably hash yield stops forming as well. All things being equal, of course. One of my controls is when I cut the plant down, I use the classic observation method of the trichomes where you just use the microscope the check on the status of the trichome formation. Your theory is falsifiable, so I salute you.

do you have a specific product you can recommend, I be sitting there mixing a bucket of weed water with a power drill thinking ‘there must be a better way’…

I use this one. 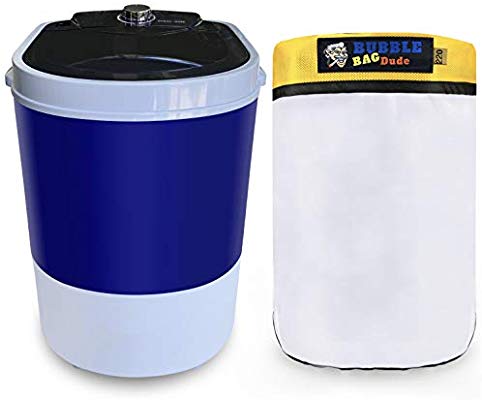 Wow those have really come down in price. Do you find it works as well as hand mixing?

Yes, it’s actually quite gentle IME. My only complaint is it is difficult to clean fully without taking it apart.

Are those the bags you use? I want to invest in some high end bags. I hear the yield goes through the roof with better bags. Are you following the Frenchy tech or something else?

I use bubbleman brand bags. They are well worth the cost IMO. I pretty much follow Frenchy’s methods.

What # bags are you using if I may ask? (you may have already said this…if so sorry)

heh heh! The bags I use are part of the controls as well. I have had them… for decades. Brand name bags last longer, from what I can see. Probably time to buy new ones and get these ones bronzed lol. I am really tempted to use a machine to do the mixing as well.
ok so some more data from testing. You see, I have taken the bubble waste and dried it then extracted with alcohol as well as weigh the end result. From what I can figure, the bubble process extracts 70% of the goodies by weight. So once you are complete on the hash making, then making some oil will yield an additional 30% of brown oil. It won’t make primal grade amber oil after it’s reclaimed, but it’s decent. Over the years I probably composted enough buds to make a kilo of oil.

ok, I never promised you a rose garden, but here’s some interesting phase contrast photos. Things get kind of blurry and indistinct except for the definition between things. So, you can see the spotted trichome head it’s 3 dimensional with the spots all through it like a sphere. Now, things have dried up so there is no more water vapor. 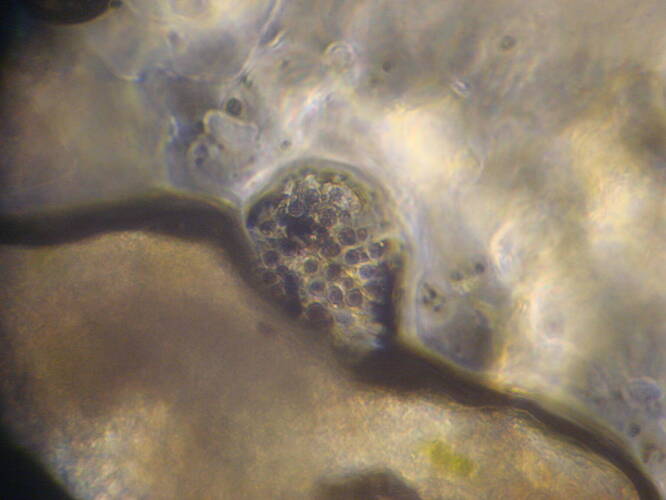 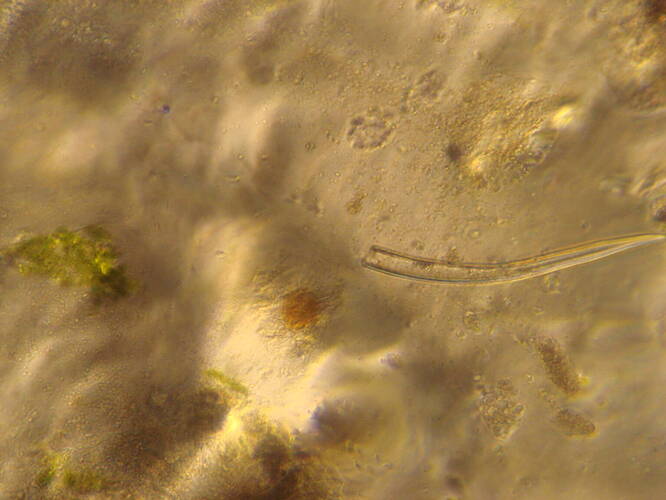