So I was wondering how come Todd MacCormack is making a major seed drop of old Nevile strains but all beans were from Sam et al?

So I was wondering how come Todd MacCormack is making a major seed drop of old Nevile strains but all beans were from Sam et al?

I thought Shantibaba & a few others took over the torch.

Thats right but guys on guys trying to cash in while his death is still recent, I think its disgusting but I hope some one who knows better can correct me.

This is sad. Per commercialization im sure a movie will be made.

And per greed itll be Sams ‘story’. You know the one.

Yes, Todd is making a buck off of Nevil’s name and death. Sad, but typical.

I asked him on IG how hw can justify those prices as they were on par with legendary breeder prices and he has no track record, nor history of each strain he is flogging. Skunk#1 200 bucks for a 10 pack,

I gots Mr.Nice, Shit, bro, just popped 3 and one seed had twins, lol.

Im sure others like me have nevil’s (RIP) gear, but u see who rushed to get beans out there.
Im not familiar with this guy, but i have seen his movies… I looked at this site, he looks familiar like i have met him before… cant place him though…

$200/10 seeds is insane for ANY seeds. let alone for a regular line. IDGAF how old or rare they are. if u have enough of them to sell, then 200 is insanity. Its pure greed. Its worse because its an obvious capitalizing on Nevil’s passing.
There is a fine line between honoring someone by helping the community by continuing where Nevil left off… and capitalizing on the man’s passing.
At $200 per 10 pack, he crossed that line.

I make seed for a living, and I know exactly how much it costs to produce seed; and it dont cost nowhere near to justify selling for $20 a seed for regular seed.
Either this guy is a terrible grower and his overhead is thru the roof. and $20/seed is the only way he can make his margins…or he is greedy as fuck… If i was brave i would ask him why he is charging so much on IG.

And u realize, the only people who would buy Nevil’s gear would be people like us. Yur typical hobby grower wont even be aware of what this gear is. So he is upcharging the heart of this industry. old heads who built this industry. we paid our dues during the drug war and if we want some nostalgia then we get raped on the price? Get the fuck out of here.

and BTW, i wasnt aware that Nevil/Shanti had a sk#1 in Spain. they have hybrids and stuff. Sam has some form of his Sk1, bc he gave it to phylos…
In any event, if u want SK#1, buy it from Eddie’s crew. TFD The Pure. it’s $20 euro for 10 reg seeds.
If u want the Af/Sk, u can get MrNice Shit, or Sag’s Mango or SSB Maple leaf.
Sag’s Slyder is another one thats pretty much unchanged.
If u want to get into Nevils’ NL line. get Mau’s NL from Nirvana. Its #5 crossed with the 5x2.

I emailed for a catalog, im curious to see what he has… 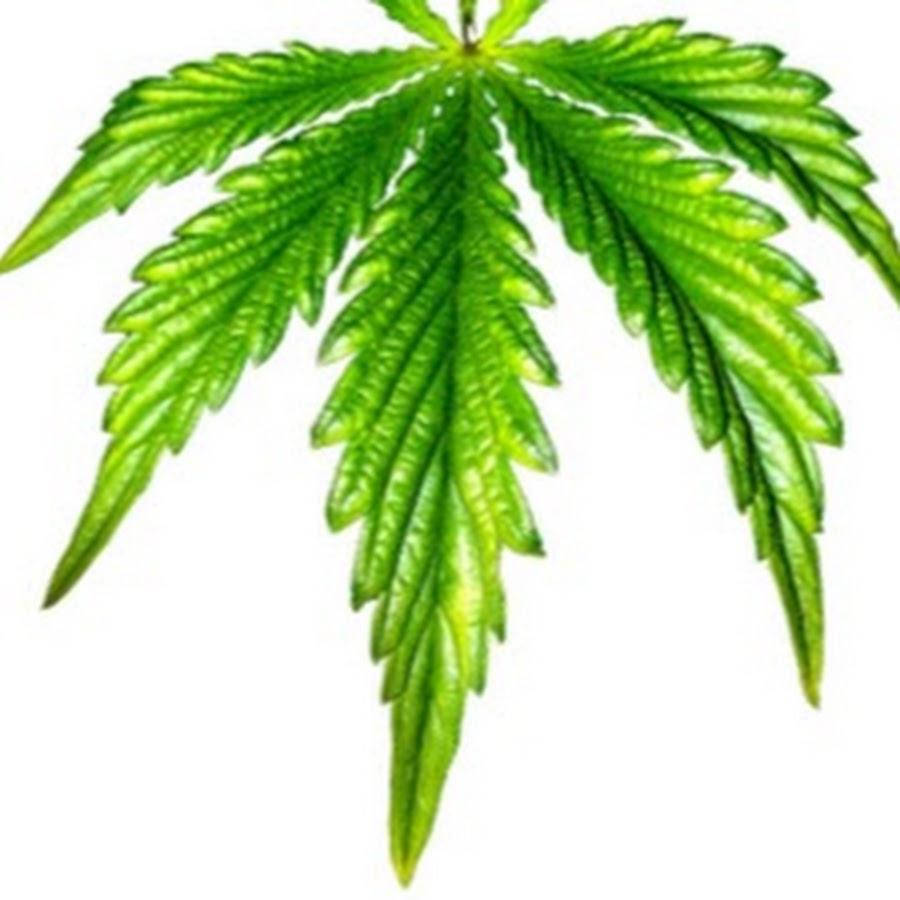 "Talking Cannabis" is a new live video stream for Cannabis enthusiasts at 10:00 am Pacific Time each Saturday, on YouTube. Listen to and ask questions of Mel...

This is all sad news to me; the dude seemed pretty OK until this.

i have the catalogue and I have asked him why he is charging so much, NO REPLY, but a follow request from his magazine (my acc is private) LOLZ !

In the catalogue he has basically used a Male Haze and crossed it with every current designer female you cant think of.

I am proud to say I have the entire collection of MrNice except for Nevil’s Haze. SHIT is Skunk1Xskunk1 so I think thats as close as Ill get to the OG.

Mel Frank is part of this drop toooooo !

Wow.
So dirty. The green rush is very real.

Useless to say than the true breeding material of this man will never be publicly for sale, and than it’s already shared among his close circle ^^

…
In the catalogue he has basically used a Male Haze and crossed it with every current designer female you cant think of.
… 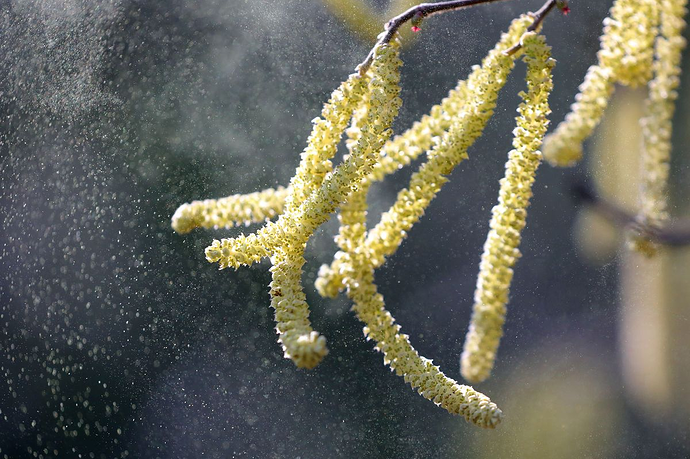 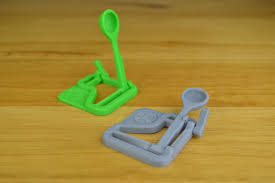 Im of the school of thought that the easiest way to get true Nevil stock is from Shantibaba. Thats the only one I can trace reliable provenance with my limited knowledge.

yeah, i just got his catalog.
He took a NH male and hit every clone in the nurshery it looks like…
the Sk#1 might be worth it, but it think Eddie’s version (The Pure), is closer to the one that same originally brought to Holland. than the 2nd hand version he got from Mel, who had(according to the catalog) inbred it but with mutiilple males?
WTF, Mel. his book taught me how to grow. he knows open pollinations are pure laziness. if u dont have the time to select for at least 1 gen, then make the time. otherwise, lose the strain. If your planting them all anyway, how hard is it pull all males except for one? smh…
its already truebreeding. selecting a single male to hit many diff girls is cool, it will shake things up a little, but still maintain most of the “true-ness”. If u use multiple males, u screw with that… It wont add vigor, only way to to that is to outcross with something unrelated.

100% correct. most of it is IBL stuff crossed that was crossed with SK#1 at some point… but its the closest that there is to the old gear.

Closer to old gear than what Nevil did with Shanti?

Closer to old gear than what Nevil did with Shanti?

way to get true Nevil stock is from Shantibaba

When Sam brought Sk#1 to Holland, two versions appeared. The original, the closest to the one that Sacred Seeds made in California, is still sold by Flying Dutchman, under the name “The Pure”.

The other version in holland, was is the one that most everyone used for crossbreeding. That can be found at MrNice under the name “Shit”. That is the version that birthed SuperSkunk/Ultra Skunk, Super Haze, Maple Leaf, Big Skunk, etc… and IMO, most likely was the parent behind SSSC gear, such as the infamous M9, M11 and M39 strains.

The only nevil strain that Dronkers still carries at Sensi is Maple Leaf. There maybe others but Maple Leaf is the only one that is known to be still useing the same p1. All other Sensi strains are remakes of their pre-2000 gear. everything was lost in the big bust, 20 years ago… Maple leaf is Afghan Skunk. (which one is it? my memory is hazey, lol, Af T or Af S? u can search on MrNice forums or IC Mag, and i think few others places)

dr. greenthumb still sells the g13, but who knows what it is nowadays. (genetic drift or whatever).

Hazeman still carries the 88 g13/HP/NL#1, but he is not supposed to sell it. so there are ethical issues with buying it. And again, i cannot vouch for the strain’s integrity.

reeferman, still has a few crosses with nevils gear, before nevil got upset and left him. But, then there is the moral issue of buying from a Nazi. If, for some reason u can see past that, the nevil crosses are just f1’s, made mostly with a NH… pretty much the same thing that Todd did, use a nevil haze male to pollenate a shit ton of elite clones. Only difference is, that Nevil personally made the crosses that reefferman carries (or carried?)

Mau, at Nirvana sells NL, which is a 5x2, which is Nevils’s NL line.

Sagamatha Slyder is NL#5 x Afghan, made from nevil genes…

BC Seeds sells an ibl of NL#5. it was originally obtianed from Nevil. (yes i know NL went from Pac NW to Holland and back to Pac NW),… supposedly its never been outcrossed. Just like in the case of Bigbud, once it got to Canada, a NLD-type pheno was selected and bred towards. (inbred and/or backrossed). so the BC Nl#5 is a much thinner-leafed strain that a dutch NL.
…

I feel as though my IQ just went up a couple of percent.