Hey, just a casual thought: Nevil’s life–the works of his passion–have meant so much for the cannabis community that in our time we may not yet fathom. The scope of his work in breeding and distributing cultivars throughout the world; the heightened empathy, consciousness and personal growth directly consequent of access to this healing herb within a population and the untold lives saved and nurtured; the political and social freedoms won for all in result of the good wealth and health which is found from Cannabis–much of what we smoke are descendants of what came through Nevil’s hands; a man so madly passionate to risk (routinely) his safety and freedom for the pure Love of this plant. And today we only begin to understand the depths of what Cannabis may offer; poised on a revolution in commerce, industry, trade, legislation, medicine, arts. The praise for cannabis is profuse!

This is surely in our time, the Renaissance de Cannabis. And of those veterans who’ve heralded us to this point–of all the growers, breeders, dealers, legislators, advocates, researchers, martyrs, and champions–none in my eyes do I personally admire more than Nevil Schoenmakers.

It disturbs me sometimes to ponder that he is gone, and that perhaps not many know or may have noticed, or will ever know who he was or what he did. His website went down a few months ago; it was up for it seemed like a year after his passing. It used to be that whenever Googling “Neville’s Haze” the results would bring you to his website, which told his story and name. From that name, many interviews and forum posts and rumours and articles surface–and the legacy of Nevil inspires one so beautifully.

But now there is nothing (I’ve seen) tying his lifelong works to our collective memory–I see no vigil or bastion or memorial. Perhaps one day a retroactive inclusion to some yet unfounded Hall of Fame, slid in alongside other past hero inductees. I do not know. But it pangs me that in this chaos of today, and the excitement of the discoveries of tomorrow, and the hard work in between–we will forget him.

So I was just smoking a joint and thinking about Nevil, and I thought to myself: I should hop on Overgrow and tell them I’m planning to plant a seed for Nevil this March 30th, 2021. I think he’d have liked that idea. March 30th is easy enough to remember–and so I figure I’ll be planting a seed next year too. And since I’m planting a seed for him, I figure I’ll plant something he would have liked–so I’m growing his genetics (or as close as I can get).

So which of the 3 known to be closer to his genetics are you growing
Shit from mr nice
Maple leaf indica from Sensi
Or there is one more and its to early too remember which it is?

I’ll be growing Super Silver Haze selected by Ras El of Sankofa Collective. It’s the closest thing I have to his work–which we can agree, is further removed than we may know. I have never grown original Nevil stock and most likely won’t come across it without chance.

Hi seven_trees Nevil never had a web site i dont know who was behind that but Nevil never cared about fame all he cared about was breeding /growing / and smoking the best cannabis he could find .

Nevil was far from perfect but he breed some of the best commercially available lines and made them available to all.

Where would one find a list of Nevil’s strains? …and are his originals still available? (Might be a dumb question, but I don’t know)

The only person to get Nevil’s authentication of his genetics was Shantibaba at Mr nice he posted that on there forum.

As for the work he did in the last decade after he passed on his work is all preserved and i was told in time it will be made available.

I haven’t grow any seed made in resent times from Mrnice many claim thigs have changed i cant say but researching current grows by people of Mrnice genetics would be what i would do.

I know a few have got hold of a few early crosses Nevil made but Nevil did not had out what he called his best work.

Theres only 3 that are even close to his breeding left.
Maple leaf of sensis
Shit from mr nice
And there’s a haze

. Hell o literally was up for over 4hrs last night trying to decipher old fourm rifles nev and shanti left. Lol. No straight answer from those guys…but they did answer you gotta look,and listen. I’m hunting afghant offspring. Who knows and have any of the infamous maple leaf/ortega15…

I got a handle on a pack of maple leaf be here this week.
I think @misterbee has some Shit.
The haze is probably a nlhaze.

Cool, let me know how they turn out, I have shit,nordle, Afghan/haze (mom is Afghan t) Afghan t was super skunk mom

mrnice.nl, you will find most of his productions, can pay with P/P, but sometimes PP suspends their account for a few days/week, but purchase goes through soon after, I’ve purchased from them (Auctions), 20ish Auctions, averaged roughly $18 - $20 each, 18 seeds per strain, shipped in about 15 - 20 days (Posted out of Italy), they now limit package to 12 items. I’m quite satisfied with their operation/procedures. ALL, SS/BW…mister

I just recently finished the Original Neville’s Haze from Todd McCormick’s release. It was an open pollination of what he had so I’m not sure what it would take to get a good representation of the original. The one female I got from 3 seeds was a pretty haze plant that finished around 13 weeks. Beautiful aromas and the early taste is slight floral and haze and reminds me of the Ortega smell and flavor that I grew. It’s in cure for now but early smoke didn’t give me much of an indication of any soaring high. I’m hoping a long cure may affect that. 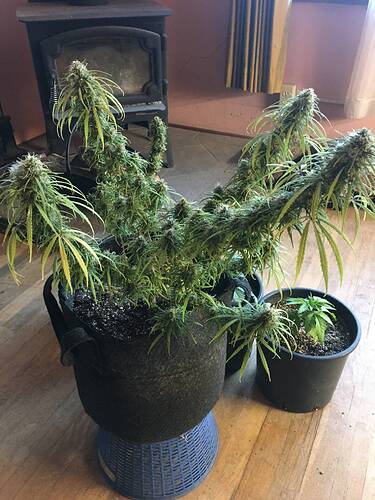 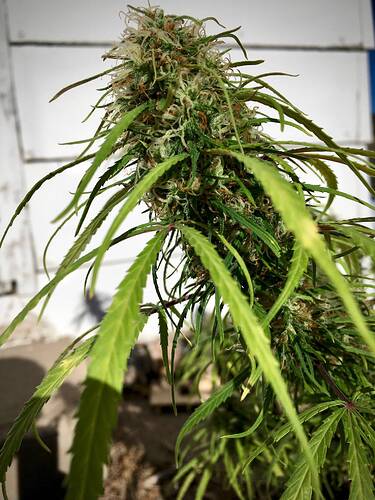 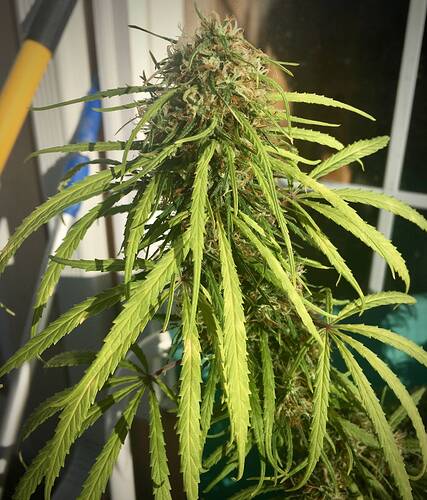 Ok, after a new smoke test, I’m really impressed. It’s only been in the jar for 8 days but the aroma and flavor is already evolving. The smell is getting a little stronger and complex. It’s turning into a beautiful, soft haze, floral/tropical with a touch of dank in there… It’s already packing a punch, too. It’s getting a really nice buzz to it. My tolerance is high and I rarely get anything to move the dial but I’m gettin this now for sure. It’s a really nice old school head buzz and should be incredible with proper age. it’s going to be hard to stay out of but I will since I onlv have one quart jar.

I used the rest of the bud to roll a joint, and only two hits off of it and I stopped, heh. It’s a really nice. My hopes have been renewed.

I have a couple of pics of the dried buds but I may have to upload them after I eat a bite. My food is ready to eat! peace

Very useful information.
I’m reading you while I have a couple of bags of Destroyer’s volcano for breakfast, a +135-day flowering plant (11/13). The first dry day she was good weed, now, almost two months after harvest, shes divine, and much more powerful than my other plants. About the haze, I have read the same, that they improve with a few weeks / months of curing. Good luck with yours!
Cheers

About the haze, I have read the same, that they improve with a few weeks / months of curing. Good luck with yours!
Cheers

Yeah, I’ve heard a good six months for sativa… Not sure about that but a longer cure does seem to help. This has only been in the jar for 10 days and the smell is wonderful. I hope I can save enough to make it to a month or two. peace 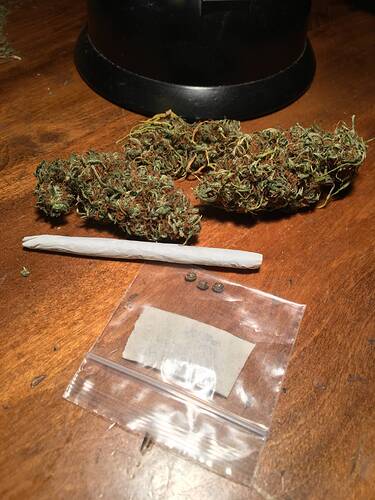 It is neigh time to sow Nevil’s tributary seeds.

Looking for at least 50% germination rate, and hopefully one female.

The seed I sow this year is a far cry from Nevil’s Haze, but as close as my collection affords me.