STOP using the app ANOM now its owned by the FBI

800 were arrested in a global sting operation. They were using an FBI-built app.

The FBI and Australian officials developed an encrypted device company which eventually gave them access to hundreds of criminal networks.

Was it a common thing? Did you know people that used it? I never heard about it before today.

It’s actually called the ANOM app, and to be honest, I didn’t even consider that some OG members would be using it, but I know some of the drug bust pictures included a garbage bag of garbage looking weed - perhaps from Mexico?

Also - I just assumed that someone got busted a while back and LEO got access through that person’s device, but boy was I wrong. From this WaPo article:

It was popular. Though six-month contracts could cost up to $2,000, there were almost 12,000 Anom-enabled devices, per court documents filed by the FBI on Tuesday. Purchase generally required approval from an existing user, officials said, meaning users felt safe.

But the app was a ruse, cooked up by Australian and U.S. officials in 2018. Though messages were encrypted, the FBI and other law enforcement agencies had built in a master key to the system, meaning officials could decrypt and store any messages sent without the user knowing.

Did you know people that used it?

According to the article that I just posted, there were almost 12,000 devices.

Sounds like some sloppy crims to me, didn’t they learn anything from the wire… 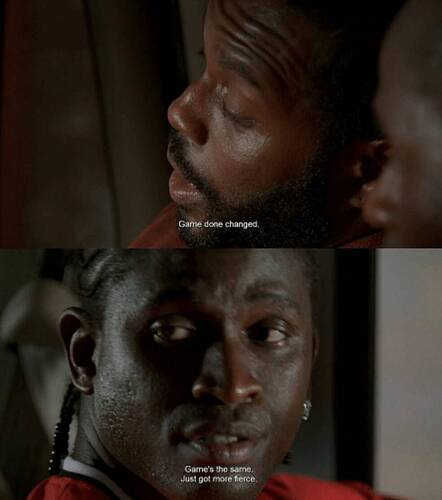 How exactly do we know that OG isn’t owned by them too?

It’s been going on for four years. And, it sounded like it was more the mafia type criminals fro Europe, some Asian, Ausie, and New Zealand.

They got scammed good by the governments. Sure makes you wake up though. Gotta be careful what you say and what you show nowadays. If you don’t want the wrong people seeing something then better to not put in writing, anywhere.

It’s like the old joke about “how it must be true, cause I got it online.” ha… some people still believe that with their entire being. The internet is a shark tank just for picking off the weak ones.

I used TOR for years but now use ProtonVPN with secure email with the email under a phony name and have it installed on my PC, phone and even my Raspberry Pi for more secure surfing.

While nothing is perfect it’s a lot better than nothing.

Play safe out there!

If you don’t want the wrong people seeing something then better to not put in writing, anywhere.

When engaging in anything illegal, the best person to tell is absolutely no one

We know, because OG is principally and vehemently against any of the things that a govt agency would be hoping to catch people doing.

The vast majority of us are all legal, nowadays, anyway.

In case anyone is wondering why Australia is so involved it’s because 1 gram of “cocaine” is $400 a gram. It’s also the last stop on the smugglers route so by the time it gets there it’s been trod on that many times plus been up that many buttholes you couldn’t pay me to go near it.

Cocaine is fucked either way

Fun fact. Coffee is a more dangerous plant than coca. Caffeine has a lower LD50 lol

It’s not the coca you have to worry about though. It’s the multitude of shit that’s crudely added to even get the base. Shit like petrol, concrete, ammonia. Powder isn’t even close to what it used to be decades ago. Really nasty, toxic shit.

Did you know coffee had a 99% mark up,I almost bought a coffee shop one time lol

@TreeTops yeah, and now it’s getting cut with goat dewormer before it even leaves the origin countries, because it doesn’t fall out when cooked up, like most ordinary cuts. People getting nasal and rectal cancers as a direct result. I always forget the name of it.

@Irishrocker dude I totally believe it. In a college town that might be a clutch decision.

90’s coke was the best lol,when you could buy it in a big brick break it in half looked like marble in the inside lol

It’s not the coca you have to worry about

I wouldn’t have been able to do the Inca trail without it, it’s a must in the Andes

Yes, sir. I was in Peru a couple years back hiking the Andes also. Chewed more leaf and drank more tea than ate meals sometimes. Altitude is crazy out there!

Exactly mate, it grows there for a reason

Thank goodness it’s finally rec legal in my state.
And that I can chat about this most obsessive hobby online.
Even considering all the other crap ongoing,…Good Times!