Hello OG family. Been a long awaited project of mine this. And it will be slow going unless funds just appear by magic into my wallet

I lost my brother in 2015 to a head injury and always wanted to create a strain in his honour.

Being a massive gay meant it needed to have a rainbow in there. And as he was named jack. Jack herer was fitting. (Also an old favourite smoke of mine)

Last bit of context for you all here before I start. He was a massive Dr who fan. (Even buried him In a tardis). So I feel it’s only right this breeding project to give new life in a tardis too. (Regeneration kinda thing)

Albeit this is a really personal voyage but I’d love to have you all along for the ride. 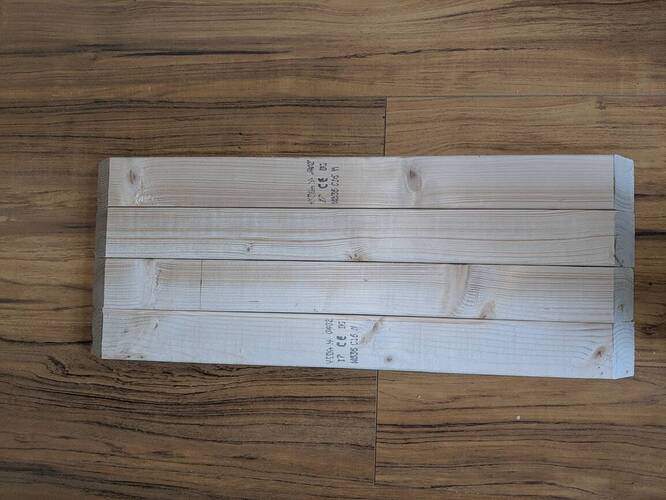 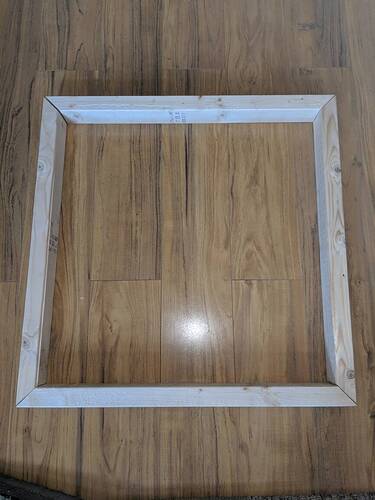 I was about 1mm out on one cut but extra not less so cut a water off with my chop saw. 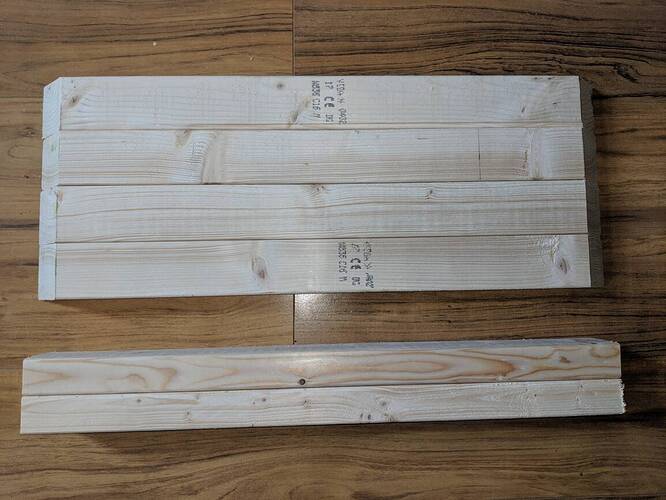 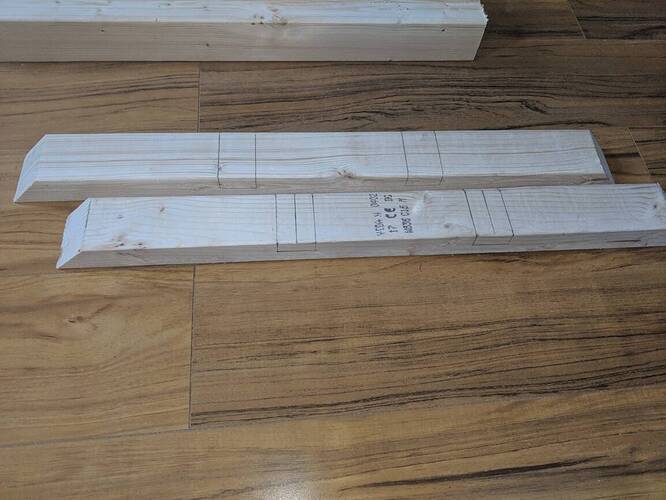 X that by your 4 markers. 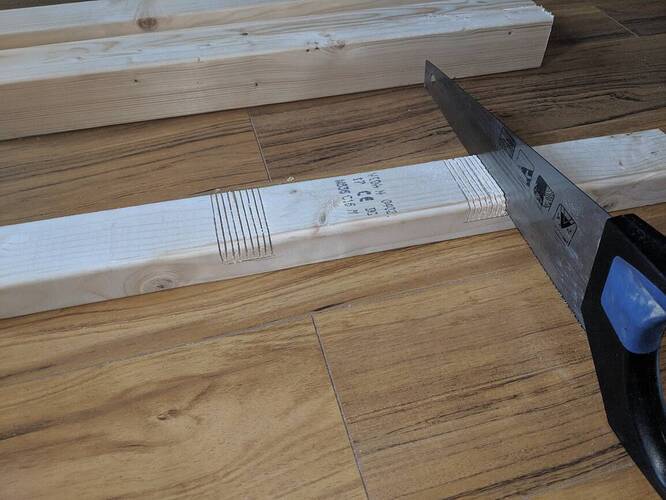 Saw wafers into your joint markings. (The more the easier the clean up with a chisel) you pop the majority out with a simple insert of a chisel into the slot. Then pare away the rest. 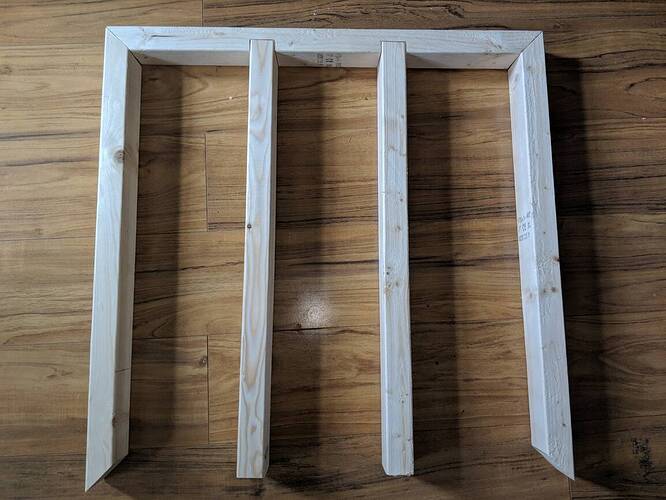 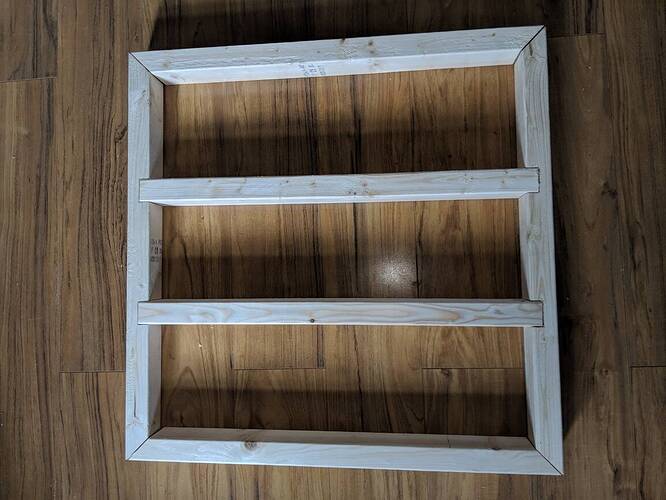 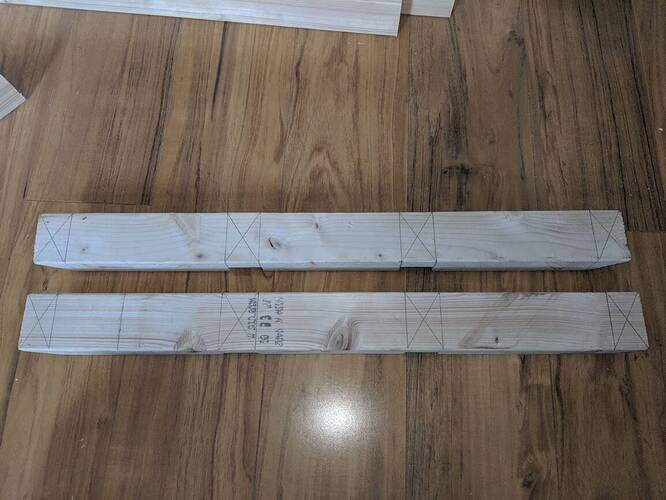 Use a square to mark the edges of your joins then a ruler from corner to corner to give your central screw hole. 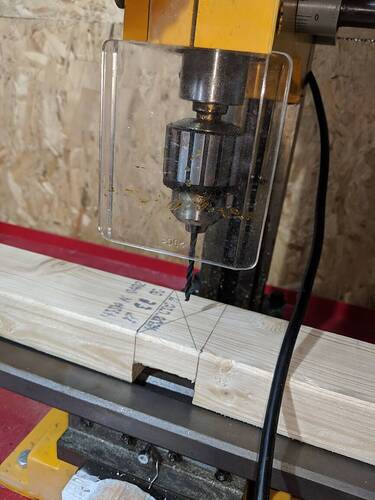 Off to the mill. (Any drill will do here really but a mill/pillar drill will reduce the chances of a wonky entry and blowing a side out your join) that shits not nice. 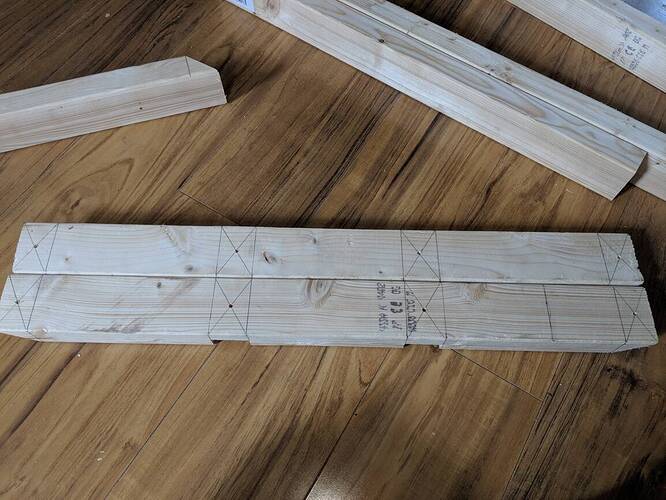 Some bits ready to assemble. 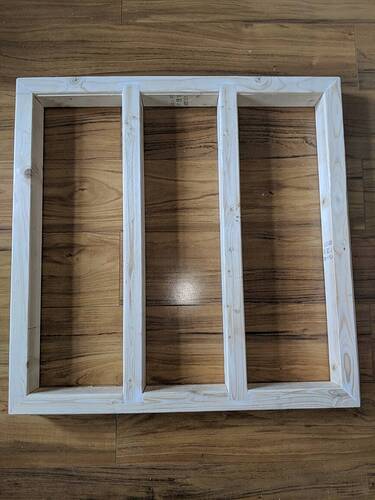 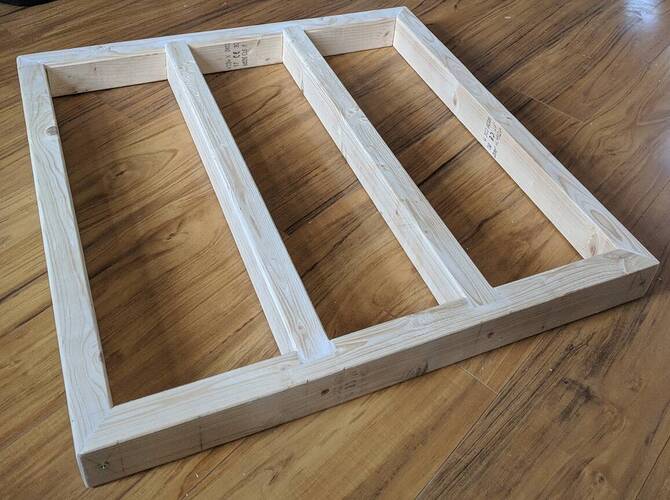 Fill any shabby bits with filler and sand back.

That’s the subfloor at least. (Which will go a good way to support the rest of the framing too)

Thread set to ‘watching’. Jack Flash was a Jack Herer cross I grew back in the day, was a nice peppery smoke.

As Captain Jack was a massively gay character in Dr Who, I personally would have called it ‘Capt Jack’s Rainbow Tardis’ although I hope this would not be seen to detract from the connection to your brother and instead would be a nice image to have, that your brother was now exploring time and space as the captain of a fabulously rainbow tardis.

Nothing changed in what you said bar the wording bro. The sentiments are all entirely the same. I like to think he’s still out there somewhere mincing through time and space in a technicolour tardis

I’m not a particularly big fan of Dr who myself. And in all honesty struggle to watch it since he passed.

Look at those wood joints. Metal L brackets are the cornerstone of my handiwork

What a great way to honour your brothers memory. Every time you see the plants or smoke the weed you will think of him. Gonna tag along.

Great to have you along mate and I’m not averse to a corner bracket myself. But there’s a time and a place

The idea is to share the seeds as freely as possible so the world (mainly OG let’s be honest) can smoke some too. It would be awesome if we could follow in a similar fashion to the agent k project and getting everyone growing out the f1 crosses. Like @Jellypowered

Looking forward to follow your Tardis adventure, remembering and honoring your brother!

C’mon there’s really only one Dr. Who, the hippie guy with the scarf from the 70’s, the show was great during that time, it’s the only time it was popular in the US, I can still remember some of the episodes I watched as a kid

Tom Baker, Actor: Doctor Who. The English character actor Tom Baker is best known for his record-setting seven-year stint as the Fourth Doctor in Doctor Who (1963). He was born in 1934 in Liverpool, to Mary Jane (Fleming) and John Stewart Baker. His...

sorry about your brother, what a great way to remember him - stupid question, what are you going to do with the wood frame??

Tom baker was way before my time haha. But in his own right a legend and I’m pretty certain the only famous figure from 70s Britain to not be a paedo

As for the frame and rest of the wood it will be painted up in a lovely shade of Pantone 2955C in the stylings of the original tardis. But the inside will be clad with some kinda reflective material.
I have no plans on paper this is all just in my head and winging it

Anything you need for this project, let me know. PayPal, moral support, comic relief, I got you covered!

Whats the planned cross then? Any ideas? @Colanoscopy

If anyone cares to make a donation they can do I won’t object. Moral support. Definitely. Bandages. Unlimited supply of them

comic relief. As long as it’s not the kind the BBC do. I’m not too fond of their giving

I appreciate the gesture bro

@Bongedtobits the cross was to be jack herer x rainbow kush. But looking through all the rainbows I can first to see what’s available readily.

Anything you need for this project, let me know. PayPal, moral support, comic relief, I got you covered!

I will second this Call to action. If you need it, you know how to get at me bro.

So far I have a couple lengths of 3x2 left. That’s my lot for now. Any and all donations kindly received on this one. Both yours and @ReikoX slsps will be taking pride of place in there

I’ll help out any way I can mate same as you have done for me these past few weeks or so. I’m not a breeder or know anything about f2s and the likes but I’ll send you a cash donation to try and help pay for some of the items needed at the end of the week

Feels odd with the kindness shoe on the other foot. You’ll all make me emotional. I best skin up quick

might have this done a lot faster than anticipated

Best of luck on your project cola, what a dope tribute to your brother. love the tardis breeding cabinet.
I’ll be beaming you good vibes and moral support

What do you need brother? If you shoot me a PM of the bits I’ll see what I can do. I have some fans and stuff kicking around.

Thank you brother. Good vibes and moral support will go a long way too. They’re already helping a massive amount from OG family. Don’t think we have come across each other before. Pleased to make your acquaintance too brother.