I guess an inconsistency in light everyday would definitely be a definite change in an environmental factor. Especially if it’s not in enough light to make the plant actually reveg like it should.

keep it as classy 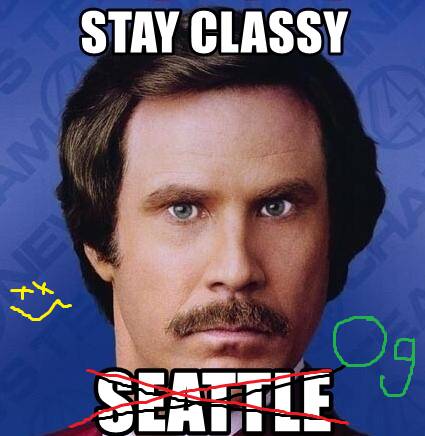 Look forward to seeing your progress!

So you think it could still be environment then? You think the light was changing around the tent… ~daily for the last couple weeks?

As you said, and it makes a lot of sense, the moon is bright af at times and plants don’t herm then…

Always classy. Hahaha. Your right. I think I’m down 4 right now. There’s nothing else to do at this point but make a shroud for the side is getting light in it and get a new tent for the next run, that’s about it. Everything can’t be perfect all the time especially when you’re growing in an area like I am. I guess the plus side is I do okay with what I have you know.

Thanks. I’m like the jumper on the edge of the roof everybody’s got to talk off but I don’t know why? I have a hard accepting my stupidity. I know I’m better. At least it’s not likeI 'm assembling a nuclear bomb or something everything is going to be ok.

That’s what it is. I’m so hard on myself it pushes people away. Your drawing skills look good to me. Thanks for calling me off the ledge. I’m a little diary boy. Hehe!

I don’t know dude? I’m I think it’s just more of my shitty environment and if I’m going to continue to do this and expect good results. I definitely need to buy better equipment or be smart about what I do and make sure everything is shrouded.

Honestly these plants were solid. Idk? I’ll tell you one thing that I did do was put pesticide on the plants and that pesticide was very strong I did a double dose back to back it killed the bugs but is there a possibility that this could have affected the plants it definitely burned some of my plants terribly That stress could be enough maybe coupled with the change into 12/12 while recouping?

I’ve heard plants hermie when they think they’re going to “die” so to have offspring, maybe that pesticide shocked them too hard

. Don’t know why, there’s no sun up in the sky, stormy weather …

@George1961 sir. I believe your a genius. These plants we’re not very established plants when they were burned and flipped. They were sprayed heavily with pesticide that burned them as they were going into flower along with a small light leak that’s definite change in environment right there.

and it’s also a death shock anything could happen and thinks it’s going to die and starts throwing pollen in a attempt to save itself. The goal here is to I guess just keep rocking em man.

The worst part is I only may have to flick a few seeds out of it. when I was a kid that’s all I did was flick seeds out of weed so I’ve become sissy-fied. Lol. Have a good one bud.

Anyways here’s a shot before I layer down for the night. Supposed to get some snow around here tonight definitely would be a nice change. 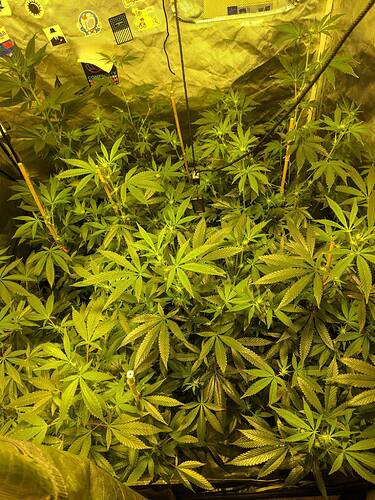 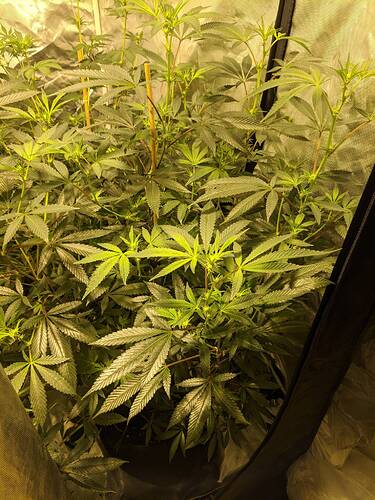 If it was the pesticide that caused the herms (I agree, high probability) the seeds produced … should be OK.
Unless the pesticide caused genetic changes. Might want to grab some seed from what should have been good plants, just in case.
Unless you have too many other projects.

Were supposed to get some of that snow as well this morning.

This is what happens when you trust your family member with a prize clone and they leave and don’t tell you that there’s no timer the lights have been left off for 5 days straight with no water Thank God this plant is well established let’s take a look at the fuckerey!

I bought a wifi PowerBar on Amazon, fixed this problem permanently lol check out my thread for the exact model with photos. I can controll my whole tent remotely.

raining she he’s over here

I dunno, man. Some people talk about harvesting or planting during certain lunar cycles. Maybe we hit a time with x gravitational pull and it actually has this effect on plants? I had 2 bodhi dla11’s herm hard and his shit is stable as eff. 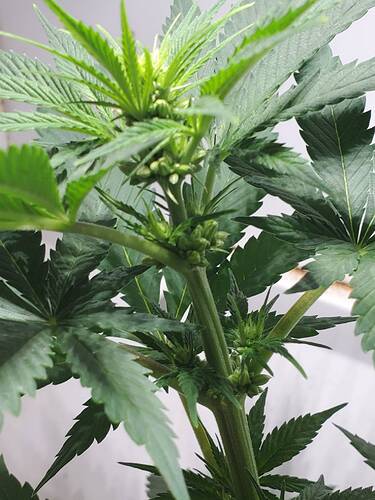 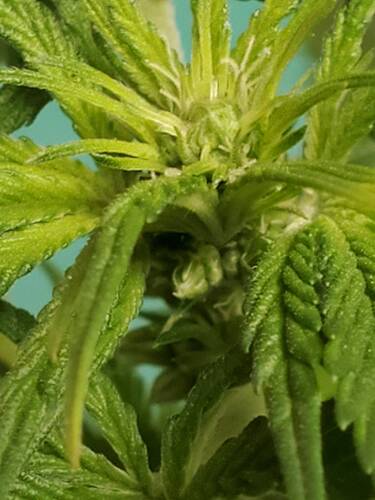 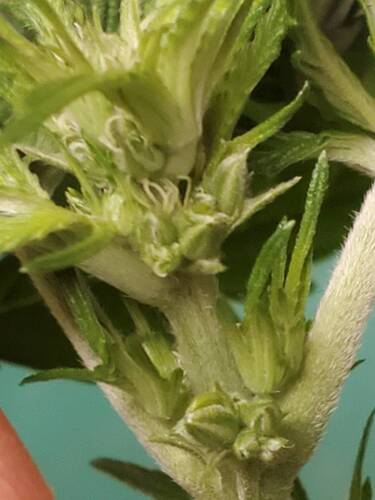 Maybe we hit a time with x gravitational pull and it actually has this effect on plants?

I mean, this is the most plausible reason I’ve seen and can agree with

The solar storm that hit last week? Seems odd that 3 would have this happen!

Because you said “the wire”. I believe this is the most applicable statement…

And all about the same age?
I think those bodhis were about 6 weeks or so…maybe 7 or 8

very good very smart ideas man ex-girlfriend have one of those power blocks that can charge your phone a hundred f****** times or start a car like three times.

Not that that’s the same thing but a backup power source like that is always something good to have You know you you be giving a day or a couple days I get that or even if it was in the dark for 4 days I have no idea but it won’t happen again I promise you that but you’re right about that I’m going to go find me a power pack or something.

Sometimes you got to get one of your bodies to think outside of the box or have another person look at it from different eyes very cool man I appreciate it.

Yeah that’s pure pain right there. What I think is f***** up is how people put a like next to a comment when someone says “something terrible” or something is it a like because you like that they posted that?

I’m not even going to go there this is classy extra classyville.

I probably only said oh God probably about 40 times per plant. I feel like a bad parent.

I had a wedding cake plant that I left the side flap open and it ended up turning on me and it was a light leak for a minute so it wasn’t like it was a pinhole it was f****** stupid the way I was doing things.

I ended up pulling and nuts off of it and keeping it in a real strict cycle. It flowered out fine made sure it wasn’t throwing anything that was serious it had popped a couple down low but it only made for f****** one or two seeds.

Yeah when your weeks into flowering, that’s just wrong right there.

Yeah I think I misled a bunch of people there That’s for extra hits lol. In true wire fashion they were decapitated I thought at one point if I had a little pump shotgun taking three hermaphrodites and lining them up and walking by each one and just doming em.

We have a “city watch” camera system here I watch the guy shoot a guy in the face and then skip off like it was hopscotch crazy psychopathic homosexual killers. Back in the day they had the greatest hits collection and it was bad it made me stop wanting to see the worst of my city.

Enough about that It’s crazy but Omar from the wire gets so many parts he’s a true actor to be able to take his one roll his one-faceted role and continue on. You know he did the underground show on vice for a minute and it was cool to actually see somebody that was able to take people through the hood with a camera without getting shot.

I saw him wearing a dress and a movie the other day and I didn’t think a lot of it I mean I guess it’s different than Tyler Perry dressing up or Martin because it’s f****** Omar but he keeps himself going he’s a really humble guy I enjoy watching him progress. If that means anything.

Snoop is from here she ended up getting money off the Wire and then putting it in the heroin back on the street. I think she got like 10 years and WCI I believe she’s out now though.

Sorry for misleading you. That was the Wire throwback. The only thing I had to do with the wire was being inconvenienced buying dope. there’s nothing like seeing and angry drug dealer go and tell a movie crew to get the f*** off of his corner.

They spent a lot of time over in West Baltimore though. I’m on the east side the west side is straight f****** Afghanistan. I don’t even think police patrol there anymore.

Be safe bud. And please don’t let my sarcasm get to anybody maybe I should stop being so sarcastic, I enjoy this place. Stop in some time. Anytime.