Quick shipping to the East Coast (US) and threw in 3 free 5 packs. Positive experience with shopping, can’t wait to pop the beans and see how they grow.

Lucky 13 Seed Company is a Canadian cannabis seed bank based in BC offering organic, medical grade marijuana seeds to the home-grower & cannabis connoisseur. 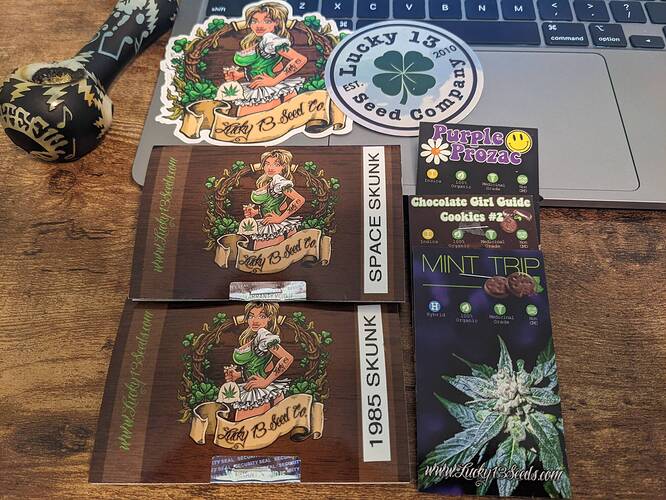 JAH Seeds
Peak Seeds BC
Jordan of the Islands (2020 and before) - now just seems to be pollen chucking a bunch of USA strains…
True North Seed Bank (if I want something European since Seedsman post-Brexit)
Next Generation Seeds? Pass. 1 out 10 sprouted, replied to all emails prior to purchase; ignored emails about the 10% germ rate…

Idk if your still around but im running some of the docs Bubba OG. So far so good!

Also i don’t know if ethos is a Canadian breeder but they seem to be pretty popular on social media in Ontario here.

Oh ya still round. Do you have a grow thread? All his parents are legit, I keep waiting for a good sale, for 10 years lol. Let me know how yours comes out, Supposed to b some of the best tasting herb goin’, I’ve only grown Bubba crosses but nothing from doc so far.

Hey OG this is my 1st time writing a grow log and almost my 1st time growing cannabis. Ive done 2 indoor grows before both of them turned out alright but its been almost 10 years since then. The very 1st time was at grandmas house while she took off to Arizona for the winter lol had to chop them down early though. the 2nd grow i hid a grow tent in my room and only did that for 1 grow before my dad started to figure out what was going on. Now that its legal to grow 4 plants ive got the go ahead …

at about 6.5 weeks since i flipped to 12/12. 1st grow in a long time so considering that i think its going well.

7 East Genetics out of Ontario are good. They also sell male pollen, I’m going to be hitting a number of strains with their PCK pollen in the coming weeks.

Everybody else I use is already mentioned on this thread.

welcome @Otto_Gelato heard about them last year… was questionable if I remember correctly, like outta nowhere with some popular genetics claimed they F9’d? a freakshow clone,shortly after an F2 release or something… I could be wrong… lemme look that up again, I’ll get back to you… OK Strainly post thread showed a strainly ad from 7 east…yeah I’m right…Not my kinda seedbank.

Thanks. That’s good to know. I heard good word of mouth on them and they were quick shipping. I’ve got seeds and pollen from them, so I’ll see I guess.

Hemp Depot always sent out what it should

@lunchpale I agree totally, didn’t like the repackaging but they were always on point. Do they still breakup breeders packs? It’s been a while…

Yeah they are quick and close for Ontarians, I haven’t followed much since the beginning, as I got put off by the aggressive claims. Hopefully they have gained some integrity and a following, they seem to be doing well, give them a go and let us know!! Just checked the website…on my way to the cottage toobad they don’t have a legal storefront LOL, shucks, I’m passing thru Havelock today. I guess one of the 53 native dispensaries in Alderville will be open, what a market here, ridiculousness.

I read the thread you mentioned. And I don’t really fuck with strainly, but I read the post folks were complaining about. He says in the post and his website (where he calls it an IBL, rather than f9) that it isn’t really an f9, but an open pollination of f8s sourced from shapeshifter. Which he said he had done on request of customers. That seems like transparency to me. And to be fair, there seems to be one or two stoner drama queens on that thread.

So, since I have heard nothing bad about this breeder and lots of good, until now, I’ll take the stuff mentioned in that thread into that information mix, but I’m not going to give up on a Canadian breeder, who is doing some interesting stuff and getting great word of mouth, because his strainly ad said “f9” but clearly enough explained in the description that it was an open pollination.

I’ve got some of his gear scheduled to run for phenos this winter, and I’ll be using his pollen soon. I guess I’ll pass judgement on how that goes and post back here then.

Always best to find out for yourself, OG is great for reports from real customers, will be following along when you post, pretty good pricing and quite the selection.

I haven’t ordered seeds in years now so I don’t really know , I am pretty sure I got breeders packs from them , regardless it seems quiet there now when I go back and sniff around

I trust a few vendors, the Canadian Mephisto store and shitseeds implicitly.

I ordered from hemp depot this year and everything was in breeder packs.

I ordered, prices are reasonable, it was shipped relatively quick, shipping time was acceptable and I got 3 freebie packs of 3 seeds per strain… got stickers, a thank you card & biz card. Packaged well for shipping, secure “Tamper proof” Package.

I’d order from them again for sure. 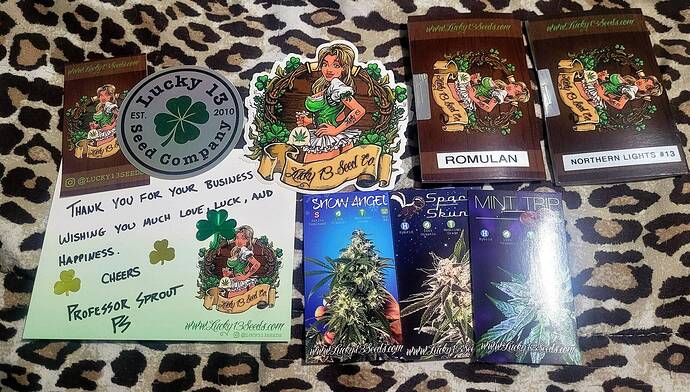 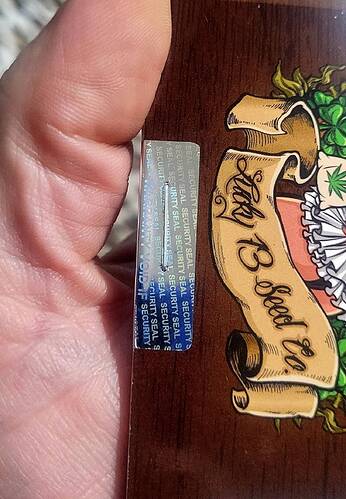 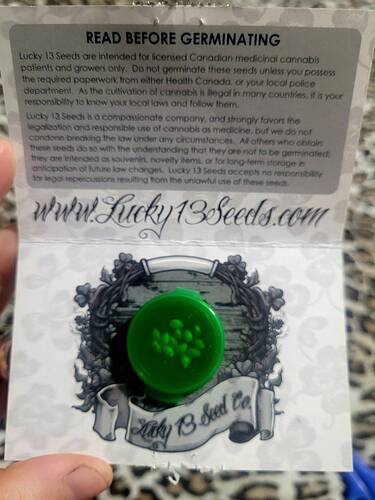 I have no experience with them…

I get the feeling from the web site that they are new.
I have heard of a couple of the breeders before (I don’t pay much attention to new breeders).
One strike against them (in my mind) is they don’t have any details on the genealogy of the beans, but that may be the fault of the breeders…
Pricing looks reasonable compared to established outlets like ‘True North Seeds’.