I’ve been a big fan of Mr. Bob Hemphill’s ever since listening to his first episode of the potcast when he was still working with coastal: 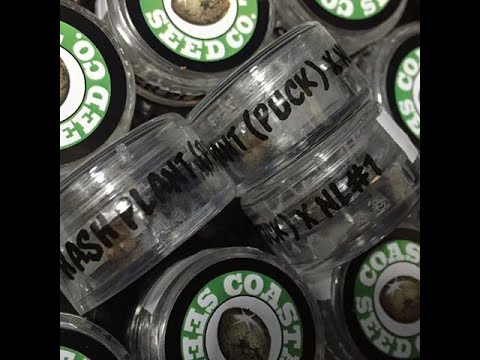 Dude is the real deal from VA. He has a deep love for narcotic indicas, keeps a huge library of old cuts, and is apparently notorious for being an IPM wizard. He drops a ton of knowledge and seems to really be in the game for all the right reasons. The real deal up there with bodhi, duke, and the other big hitters in the game. Crickets and Cicadas is his and his girl’s company, and they’re bringing out all the old cuts from his library to bring back the old school indica flavors to the community. I haven’t dropped in on a pack of his gear, but he’s been teasing out his Puck backcross, which has me foaming at the mouth, and prompted me to create this thread to show some love and see what other OGers experience is with his work. If you’ve got love for Bob or have run/are running his gear post it up here and let’s talk about all the killer gear and good vibes this dude is putting out into the world.

Here’s a link to the second potcast interview with Bob in spotify for anyone that hasn’t listened: 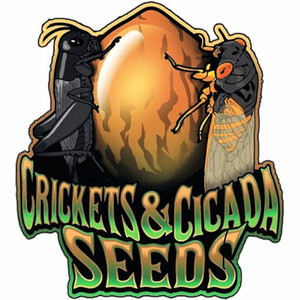 Listen to this episode from The Pot Cast on Spotify. Get ready gang, we are back for a second round with the one and only Mr Bob Hemphill of Crickets and Cicada Seeds, here to talk all things Indica, Hashplant, Old school funk and history. As usual...

For some reason this one never made it to the potcast YouTube page, but like the first one there’s tons of awesome info in there. He’s also been involved in some panels at the regenerative cannabis conference that I’ve seen on YouTube that are worth a watch as well

Like a lot of things, I have seeds but haven’t run them yet, so I’m worthless here. Other than that they are a Tangerine skunk x NL2/ NL5 or something like that. In for more info on em. Also is puck also known as skelly? Are these interchangeable terms?

Google was my friend there! Yes indeed, if I could buy more seeds I would definitely get some of that Puck BX. Instead I’ll have to run the closest thing in my arsenal some Hunza Valley ‘91 from Lucky Dog. Sorry, wrong thread to mention those.

Yes, the Puck was a nickname given to the Skelly Hashplant I think in the PNW. Came from some dude who used to carry the herb around in a fly fishing puck style fly box similar to this: 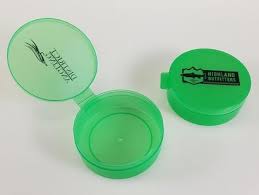 Dude definitely seems to be a legend with all the old school stuff that he holds. Amazing indeed. I did like that Pot Cast episode where he recounts his days of first trying cannabis. Certainly brought me back to my teenage years indeed.

Same here man, I grew up not far from VA. I’m a little younger than Bob but I still related to a lot of his stories about growing up in the area. There were also little nuggets of like local info in his stories that I recognized that stoked me to hear. I’ve got tons of love for him and duke for being from my neck of the woods growing up and being such icons in the scene. Also cause they both have the fire genetics too

The only Duke gear that I have is his local skunk which is “Original Diesel x “Cuddlefish HP x Sour Diesel IBL” X “Skelly Hashplant x SSSC Skunk 1”. So another skelly cross. Sounded badass. Also picked up some schwaggy gear. Two different crosses that use Granny Skunk also containing skelly. So do I now need the Puck BX legs? Haha, you know, to round out the skelly lineup?

Hell, yea I would say you do bud!

Definitely interested in those old indica strains, are there any beans for sale yet?

I don’t think the puck is available yet, he’s been showing it off on IG though if you wanna go get eyes on it

I can smell that from here!

There’s lots more than that up there, this has been a big project for them I think, been a topic of discussion for a while now

Actually looking at the posts it looks like they’re calling it a BX2 to be accurate, so that explains the longer timeline

I could listen to a few people talk strains all day and Mr. Bob Hemphill is one of them. I enjoy listening to all of the episodes he does on the Potcast. Very knowledgeable, love for old school strains, love for people, seems to be a genuine dude. I’m hoping to grab something from him soon. This thread is long overdue! Thank you @LegsMahoney

Thanks for starting this thread @LegsMahoney
I’ve got a pack of his Chem 101 vegging now. Looking like killer plants. I’ll try to post some pics later🤙🏽

). Loving all the hashplant teases on IG as well… out of all his shit, I think I’m most excited about my pack of Red Queen. I’ve heard so many breeders talk about the Panama Red on the Potcast interviews. So ya, really looking forward to what I find in those!

I met him at the emerald cup one year when he was with coastal and they were giving out seeds of CBD strains at the fuck cancer booth. I got a some otto#1 seeds and a AC/DC northern lights cross. Real good energy from him and his group of people.