Hello everyone , just picked up a tabletop dry herb vaporizer tonight and it got me wondering who all uses one? My self i mostly use one because when I’m in and relaxing for the night i don’t want to have to go outside to have a puff( especially during the winter) i bought my first dry herb vaporizer in January of this year and i bought a portable which ended up being the Vapium Summit +. 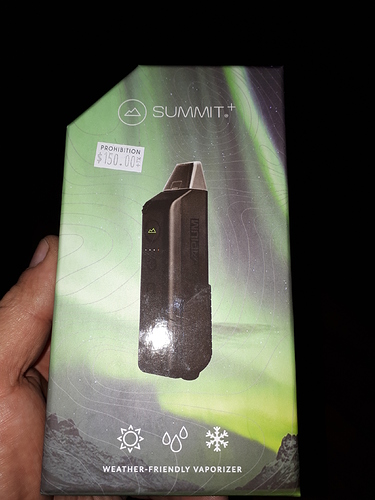 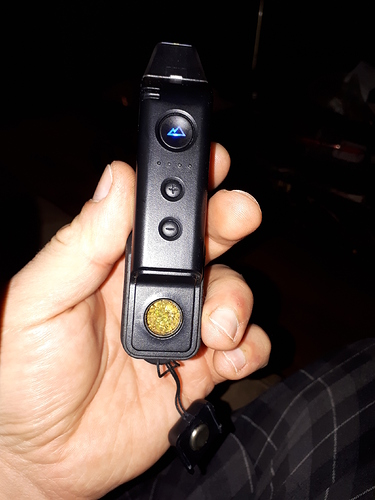 20190120_001202.jpg2072×2764 1.28 MB
Now keep in mind i do everything on a tight budget so as much good as I read about pax it wasn’t a option … Been using it every day since and i like it but i find the taste isn’t great and it can give some really hot hits, burned my lips many times and the battery life is shorter after every charge it seems… I’ve regretted pretty much as soon as i bought the vapium that i didn’t buy a tabletop and been eyeing them since, after getting a little birthday money and whatnot i decided i was finally going to get a tabletop so today i picked up the extreme q by Arizer 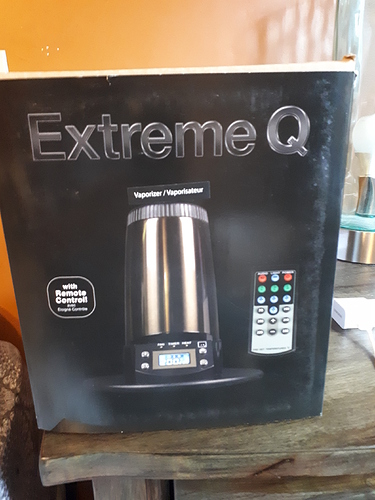 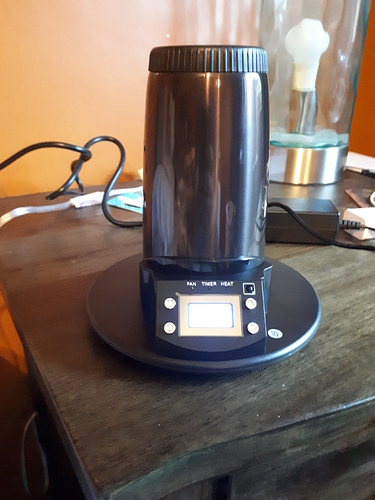 20190511_183318.jpg2072×2764 1.73 MB
, finally just trying it out and this is what made me wonder who all uses one? So far I’ve went through 3 bowls of weed in it and i really enjoy the taste more and i haven’t had a hot hit yet and i am very stoned so it a success! Been looking at Ddave mods for it as well and can see that happening soon… i still like to roll a joint or get a pipe out every once and a while but that is mostly when I’m doing something outdoors… So as i wonder who all uses a dry herb vaporizer and what one do you use and what do you think about it?
22 Likes
Portable dry herb and concentrate vaporizer
anon85652984 May 12, 2019, 1:36am #2

I have a digital volcano. Hardly use it. I get high off it but I find joints get me where I need to be.

I’m Störz and Bickel all the way. Got a Volcano and a Mighty, and they’re both amazing units.

Tried the PAX portables, but they’re super harsh compared to the S&B. Worth the extra money, for sure.

Don’t get me wrong if it was in the budget the first time I would have a pax3 and I’ve read lots about the volcano and would love to have one… The reason i chose the Arizer was the amount you get for such a low price, i also like that its Canadian and the available mods… Plus i love how it comes with bags and a whip…

I have “the mighty” it’s awesome but super expensive. Hardly use it unless I’m trying to avoid the smelling of a freshly smoked joint.

I really like it but I still love joints more so it hardly gets used unless there’s a large group. Same goes for all my glassware more of a group use on those too.

Since I quit smoking, I can’t smoke weed, so vaping was my only option. A few years back, I bought a Hebe Titan 2 for around $20. 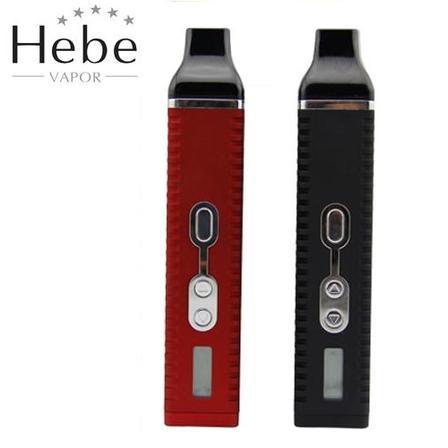 I don’t use it every day, as I use a regular vape setup with Homemade VG liquid normally, but I do use it regularly. It works great. I don’t think it is available anymore, even the site I took the picture from said it was Out of Stock. If you can find it, though, I would highly recommend it.

Is that actually a decent vaporizer? I’ve seen it on wish for dirt cheap… There was some reviews of it that were all good…

I use the NewVape vaporizer for flower and occasionally rosin. Pulling vapor through a bubbler is

Is that actually a decent vaporizer? I’ve seen it on wish for dirt cheap… There was some reviews of it that were all good…

I think if it were being used on a regular basis, as I said, I only use it, now, every so often, but the first few months I had it I used it at least once a day (more than that occasionally) and it worked great. It still works like it did when new. I set it for 395 degrees and while it doesn’t produce “clouds” like my VG liquid does, I get enough vapor to do the job.

I would say, if you are looking for a small, portable vaporizer, and can get it at a low price, it is well worth it. I try to make sure I have rotating batches of liquid, but for the times I run out and am waiting for a batch to finish steeping (3 months is a long time) It is invaluable. It is also nice to have when I am trying a new strain to test it’s effectiveness. No sense steeping a liquid that won’t have the desired medical effect. It’s also nice to have it for “non-medicinal” uses sometimes

Got the mighty and works great. Still like to smoke a j or hit the bong as well tho. 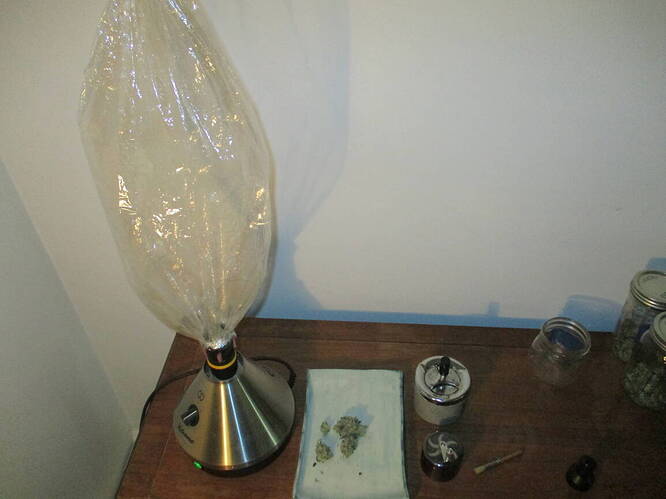 Regular eruptions still happening round these parts too.

I have this. I have had it for about 3 months and have used it every day. It is great so far. It is for concentrates/wax/oils as well. It works best with herb in it:

Need a pocket-size 3-in-1 vaporizer on a budget? The Airistech Herbva X is the perfect size, functionality and price for all your consumption needs! 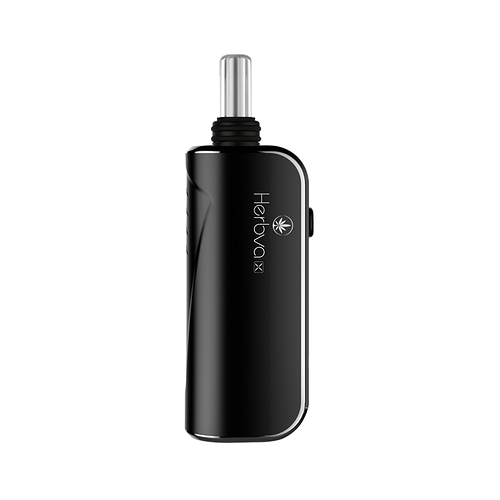 I own one of these myself. Its not bad for the ridiculously low price.

Dry herb vaporizer is my main method of consumption. I use the pax 3 the most and I really like the convenience, battery life, quick heat up time, and form factor.
I also use my old trusty arizer solo. It’s got great flavor and it easy to clean and use. I always wanted to try that extreme q.
The arizer Vapes are the best deal around in my opinion if your main concern is price, flavor and safety.

I use this valloon thing. Works great. Steinel heat gun to dial in the temp. Dont really know why they stopped making it. 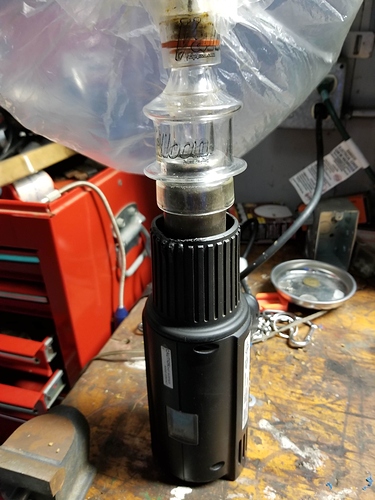 I own one of these myself. Its not bad for the ridiculously low price.

Like I said, it isn’t going to be the last vaporizer you ever buy, but when all the others are almost or over $100, getting one you can use and afford now is key. It does work surprisingly well, though.

I have this. I have had it for about 3 months and have used it every day. It is great so far. It is for concentrates/wax/oils as well. It works best with herb in it:

That one looks interesting. I like that you can preload the “bullets” and just pop them in. The only thing I don’t care for is the preset temps. I know these are the “recommended” temps for stuff, but what if 381 degrees give better vapor? That was one of the big reasons I chose the Titan was I can adjust by degree up to 420. Price point though is not bad, better than a lot out there.