Feedback on my indoor grow

I thought I would post my ladies on here to get feedback on how they were doing. I started with three clones, Blueberry Headband, Sour D x Lemon Haze, and Kandy Kush. The kandy kush isn’t doing so well but the other two seem to doing alright. They’ve been vegging under CFL in 1.7 gallon pots, all organic. Using Neptune’s Own for fertilizer once a week.The first pictures are from initial planting, and the current ones are from Day 23. I topped about a week ago and have been doing LST on the BBHB and SD. In a week I plan on switching them to flower. 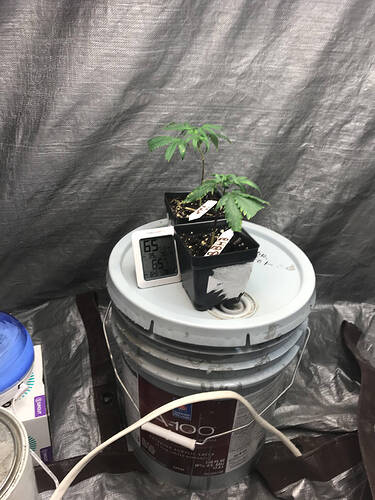 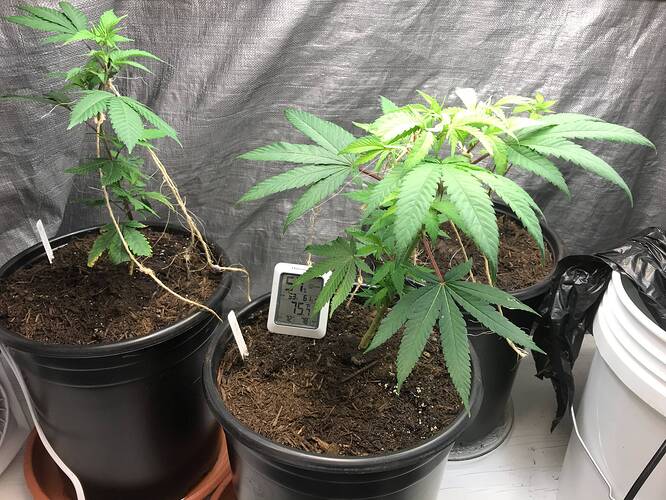 They all look healthy and happy, why do you think the Caramel Kandy Kush is not doing well?

This kandy kush clone has been slow growing since I picked it up from a dispensary 10 days ago. I sprayed with a solution of hot sauce and water to take care of any pests. Transplanted next day. Growing under ~600 w cfl. It is getting new growth but they all have yellow burnt ends. I am using 1 tsp Neptunes Own Harvest (2-4-1) with 1/2 gallon of water. I poured 8 ounces of the solution last week but skipped today because I wasn’t sure if it was being burnt. Any ideas on what is going on with thi…

This is a bit more detail on the Kandy Kush. It just went through a lot and I had read that a diluted hot sauce solution would be good to spray before introducing to my grow. It responded horribly and has been struggling to come back.

I got concerned because a buddy who is helping me grow was convinced the clones should be much bigger by now. I disagreed so I brought it to the overgrow community because ya’ll are honest but helpful!

OK, I saw that thread, it did look a bit stressed and it would have slowed it down some. Looks like its happy now though. I just finished growing 2 Dynasty Caramel Kandy Kush a couple of weeks ago. Mine stretched a lot in the first 4 weeks, I topped them in veg twice and they were fairly bushy.

I got mites at 5 weeks into flower

and did a heavy defoliation, which slowed the bud growth quite a bit, but I was happy with the results considering. The little tester smoke I had a few days ago was pretty strong buzz, took several tokes before it lost the chlorophyll taste and the caramel came through, but for a week old speed dried sample it was good.

Heres a piccy of them. 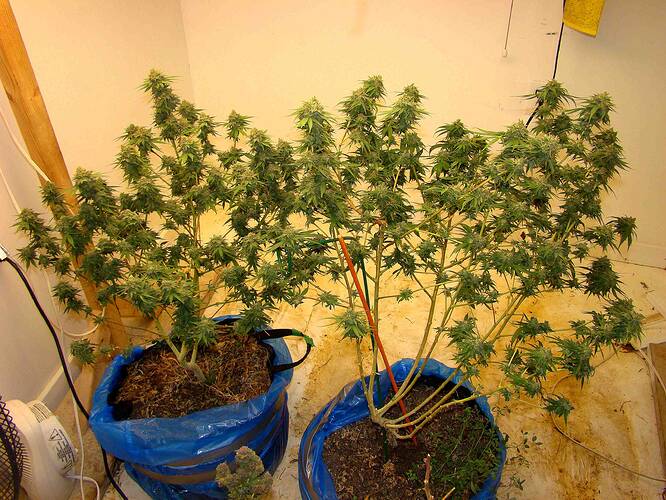 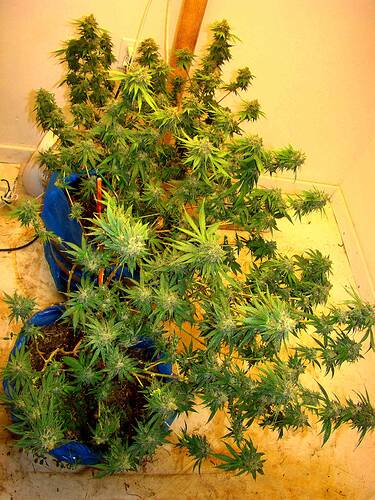 Wow those are beautiful! What is interesting is the clone I got was already topped once. I didn’t do too much training with it due to the stress it was already going through. Hopefully it bounces back before I switch to flower and can yield me something.

I’m guessing you went from seed? Also what kind of lighting did you do for flower?

Yeah they were seed, I wouldn’t have had to top them so much if they were clones, as clones tend to be more bushy, especially if you bend and crack a few branches over as well. They didn’t like making side branches to much, until I bent them about.

I have a home made Bridgelux strip LEDs 240w driver and 16 light strips, a few growers here are making and using them. If you haven’t seen these about, here is a pic. 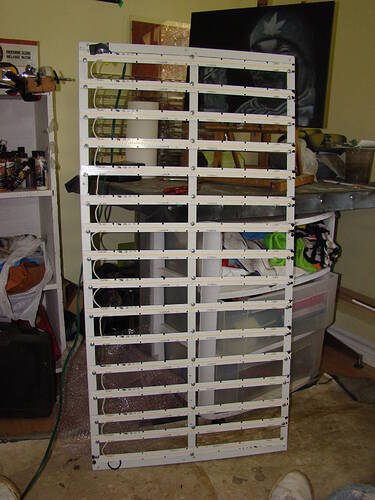 I didn’t do too much training with it due to the stress it was already going through.

If you use that piece of string tied loosely to the top, and drill a small hole in the edge of your pot, and just bend the top over gently and tie it off, until your flip them they will initiate more lower side growth, mine doubled their height in the stretch, and I stripped everything below 5 nodes down from the top of each branch, they will grow another 5-6 nodes in the stretch.