@SpeesCees are your Female Seeds actual 100% female seeds (XX), or do they just have a very low frequency of hermaphroditism?

How long did it take you to discover the correct dosage, and how did you verify your results?

Are you going to release the recipe for the correct amount and application of gibberellic acid for making female seeds?

I’m starting to make a connection here. An online interview transposed into a cannabis breeding book. The late and great (RIP) Vic High talking about selfing and referencing none other than…MR. XX 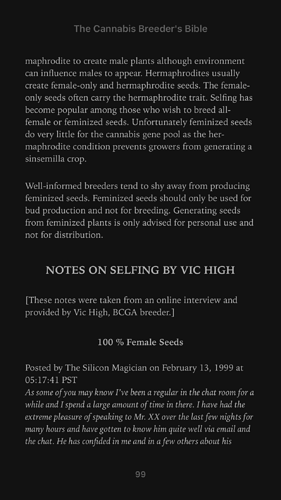 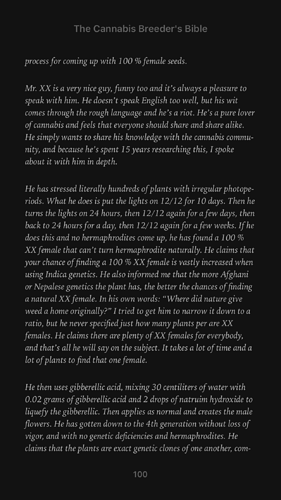 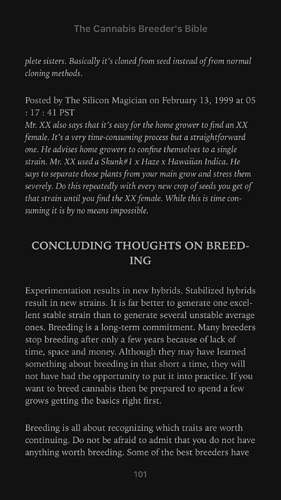 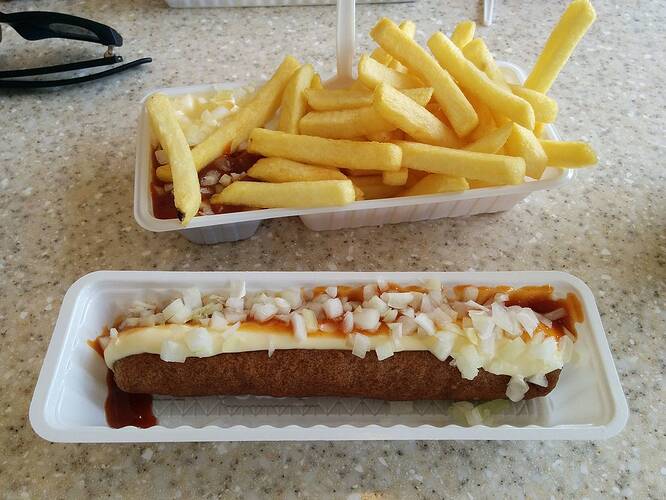 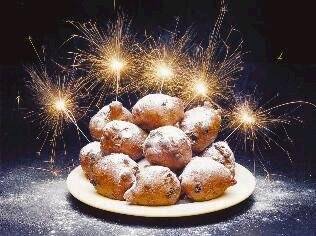 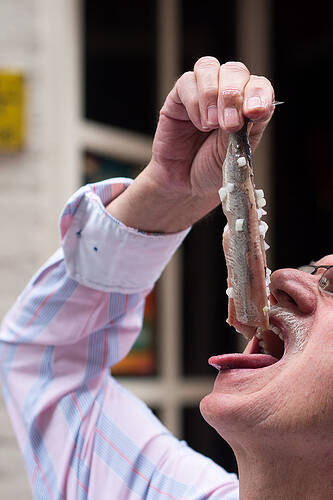 Hang out, relax, and share some cool old school memories!

Here’s a good challenge that nobody is able to solve…

I did start again to create female seeds instead of feminized!
To create female seeds… see the first edition of the Growers Guide from Mel Frank.
All editions where Ed Rosenthal was in the game… are NOT what you need !
Rosenthal ( ask ed !) did never grow a plant… he did make Mel Frank his work to a commercial thing.
Mel Frank was a real canna freak and not a bit commercial.
So… the chapter about making female seed is gone after the first edition.
There you find the info you need… but still… it’s not complete !
Mel was writing : … with GA it must being possible but it didn’t work by me untill now.
He wrote this in 1969 !
The clou is… how to make the pure GA liquid !
It did take me 36 years to find out how !
I guess you understand I don’t like to share this know-how.

I read a lot of … bullshit !
You should buy a trustfull bible !
Anyone who’s talking about 100% female seeds of cannabis… is missing a big point.
There isn’t 100% !
It’s in the genetics of cannabis that they can form male flowers if they are in problems.
This is because Cannabis does have besides the XX factor a small y hanging on.
The more stable the plant the less chance on herma’s. ( so the smaller the Y factor will be )
Female seed is because of that also 99.9% female.
But with inbreeded strong plants ( F6 minimum ) you may count on no herma’s.
With feminized seed it’s a different story.
The real Sativa’s does create easy herma’s if they use silver water to treat them.

I’m not doing face book… even don’t know how!
And I also not going to be a member of facebook.
And no… I’m not living in Amsterdam… thanx God !

At least we known than you don’t like Ed Rosenthal, facebook and Amsterdam, it’s a begining of something. I guess.

@SpeesCees its all good… We need more clues on female seeds…

It’s in the genetics of cannabis that they can form male flowers if they are in problems.

couldn’t agree more, nature will find a way to survive.

Well…the stronger the females are ( read : full in ballance ) ,the more chance on strong female seeds instead of feminized !
So… working with minimum some F6 F7 F8 or more plants… will be the first step.
The receiving plants should come from the same inbreeded seeds then the plant(s) to be treated.
If not… the chance on Herma’s will be way higher.
Some people think/write that GA3 is pure GA ! (That’s created for some other plants and/or trees)
So, forget it… GA is GA, and you might find them pure in 1 gram pots.
Ok… so far

Maybe I should write my own bible !
Ones again : There’s NO 100% female seed.
But 99.9999 % is what you may call female instead of feminized.
And you can only come to a clear proces if you use a plant own substantion like Gibberellic Acid.
SILVER WATER is NOT DONE is my believe !
It’s a poisson !

I know that I don’t give answers that will bring you 123 to the point !
Hahahaaa… 35 years trying and trying and trying ( Mel Frank told me it must be possible ),… and at the end…YESSSSSS ! I know how to create female seed instead of feminized seed.

Let me think a little about this issue.
Hard not to share it, but… if I go to the supermarked I can’t say on the kassa “I’m SpeesCees, I come tomorrow to pay”!
Sooo… Need to think about this.
For all sake… the formule is with a pretty younger friend of me… so it will not get lost if something is happen to me.

Female of feminized seeds?
Let’s start to make clear how No Mercy does NOT do it: We don’t say goodbye to mother nature. While during the sixties and seventies a true ‘breeding frenzy’ took place in the agricultural world, quite some cannabis breeders took to experimenting with colchicine. Colchicine (a powerful mutagen for both man and animals) simply
stops cell duplication, while the cellcore duplication continues all the same.
Result: a doubling (or even more) of the chromosome set. With plants this treatment can be advantageous, for when they survive they often show enforced properties such as, for example, a higher production of certain substances or an increased resistance to molds or disease. You can imagine that once in a while THC production went up as well (Netherweed). What also resulted were hermaphrodites.

This hormone balance is mostly genetically determined, but partly also influenced by environmental factors. When for example the roots are badly damaged, there is a big chance male flowers will form while genetically spoken the plant is still a female. This has to do with hormone balance. In this case a substance that is produced in the roots and normally slows down another hormone found in the leafs, will be produced in smaller quantities. Result: Male flowers. When you regard this phenomenon in an evolutionairy sense this is quite remarkable, for when a female plant is in bad condition it requires much less energy to produce pollen than to form female flowers, which eventually will contain the energetically extremely ‘expensive’ seed.

Male flowers
Anyway, while discussing hormone balance, we get to FEMALE SEED: a female is a plant with XX or only female chromosomes.
When you have seed with only X-chromosomes, you can be certain this seed will grow out into a plant that is genetically female. But how can you get the plant to do this? As follows: a female plant (XX) is forced by hormones to produce male flowers. This is achieved by using a very low, very specific concentration of gibberellic acid. Gibberellic acid is a natural steering plant hormone which naturally occurs in the plant and is mostly involved with growth and flowering. When a plant thus treated produces pollen, this pollen contains only X-chromosomes (no Y-chromosome has entered the equation). When we offer this pollen to another female (also XX) plant we can be absolutely certain to get seeds which are 100% XX… did we think a long time !

Well… for around 10-12 days I did make the right solution with Gibberellic Acid to spray one Santa Maria female.
She’s already showing some bubbles where the male flowers are coming.
Ones I see only banana “flowers” ( happens 1 on the 10 times )… we cut them.
It should be real complete male flowers.
So… female seed ( instead of Feminized ) on the way.
I was the first in this world who did create female seed ( thanx to Mel Frank ) and it seems that I’m still the only one.
In fact it’s pretty easy.
Fact will also be that our beloved plants will going down in quality by going on to feminizing them with silver water.!
There were already guys from big seedbanks who did come to me to become back the basic regular F6 or more from some strains.
Female seed instead of feminised seed… wowwww, there’s a big different.
The female seeds will become the same genetics. Feminised seed will not… it’s a gamble what next generation will bring. And believe me… the 3-the generation of feminised seed is as weak as a wet toilet towel.
Maybe I should sell the Gibberellic Acid solution fixed&ready.

Funny… that interview was for the Dutch Highlife magazine and is much older then this one.
In this one :some has gone and some was brought up with this interview.
Somebody did change it, and not for the good… that’s for sure.
I still must have the old interview as it was.
I guess I can find it.