Very nice selection. Will you be posting your pics here or are you starting a new journal?

dude do you have a write up somewhere on how you produce bud like this? would love to read exactly what you do.

I forgot about you running this stuff too. So 3 respected growers. We oughta be able to get a grand finale on this. I actually hope this BBP works as promised.

@preybird1 Runtz x Slapz (first clones) treated with Bob’s @rflasch BudBusterPro from when they were cloned through to flower. I think Prey’s genetics are quite incredible AND combined with bob’s product, I can see greater stacking already. The quality of the bud (first grow) was/is soooooo fine. I expect nothing but greatness from this round. (I have a third round going of these, too, in a veg tent.) Thanks for the knowledge and help, guys! 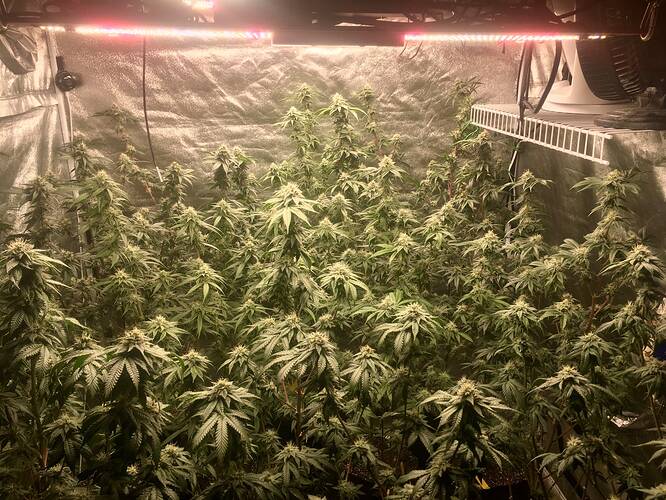 Day 49 from popping and everyone is looking pretty good. I’ll be flipping this tent in a little more than a week if I can keep these girls from getting too big. I do want to be taller than my normal grows but I also don’t want them to be so tall that it affects the quality of their grow. 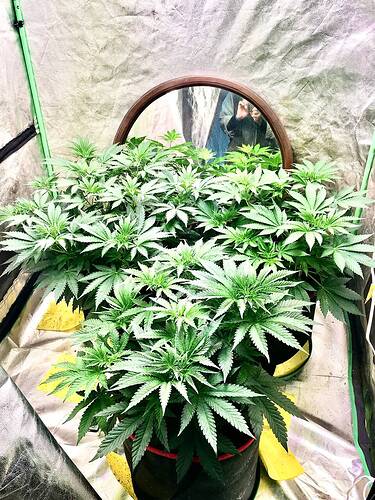 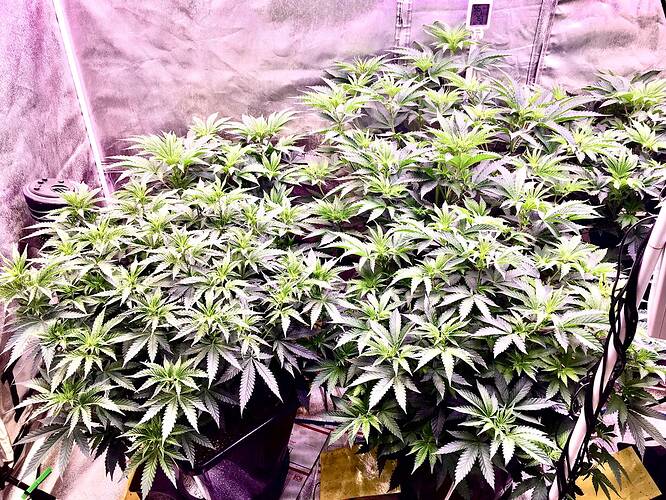 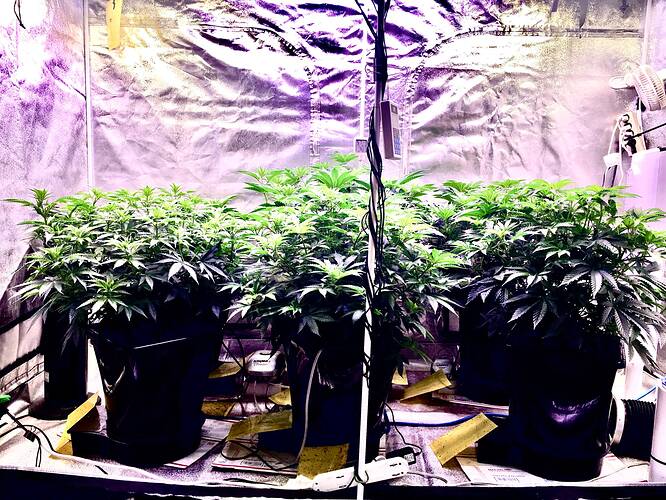 Would appreciate your observations on stretch…growing with BBP seems to give a lot of lateral branching producing a plant with dense foliage but a uniform canopy. I’m just curious if you did no defoliation until say two weeks into flower…would that contain stretch to any extent???

LOL, nothing better to think of this morning…they look great chief!

Ok Bob, I’ve started a thread on my test run of your BBP. For you and any other that care to see/watch the link is

Ok, I’ve received a sample of the Bud Buster Pro, and I’ll be running a ‘side-by-side’ comparison. This will let everyone see just how well their product performs. It will be done in as equitable manner as possible with no ‘extra’ care to the test plant. It will be done on Bruce Banner #3 and Blue Dream… Both are Auto fems. I’ll have two of each strain for this, all 4 will be in my own soil mix under the same light. Using my standard growing method on all. The only difference will be that on… 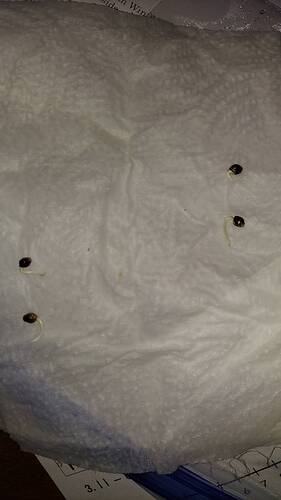 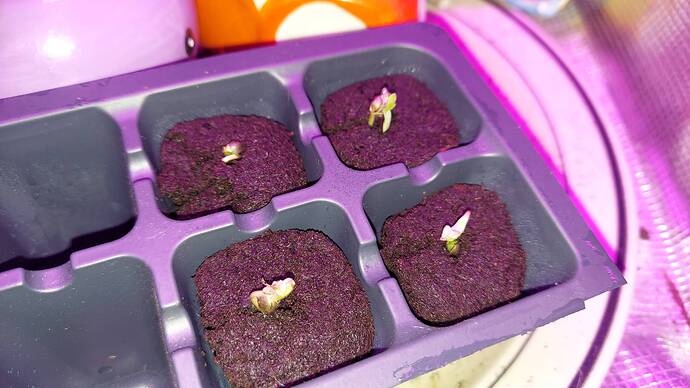 More important than anything I can say, It’s sometimes more illustrative just to listen to your growers. I’m using ravenchief’s comments here with his permission. His results are no way unique, every grower that has applied BudBusterPro has reported similar and consistent results. Rather, I am using his comments because he has applied BBP to multiple photo AND auto varieties over a couple grows now, and NONE have deviated in their response.

Ravenchief: ”I do mention that cost is minimal and the return is maximal.

I also now include my personal experience and all the other products that I use differently and less of now because of BBP - Now I will also be able to state from experience that BBP will speed your veg time by in my case 35% faster growth to Flip - This literally shaved 30 - 45 days off of veg time with NO loss of vegetation, height, width, and I suspect yield (but will know in a couple of months). I do suspect it is also the malted barley that I till into the media and top-dress when hand watering (not autopots)

I can’t prove it but I will swear that BBP has also increased the potency of my buds - What I can offer as some non-scientific proof is that this summer, I took some cuttings from the larger plants and rooted them and put them in 5 gallons late in season - I wanted to see what I could do with cuttings/clones (I like variety so I tend not to grow a plant twice and I have hundreds of seeds So I had the opportunity to grow them both out, side by side - what I can tell you is that the cuttings even though smaller (about 4 feet tall) the buds were more potent, denser, tastier, and more fragrant - I have cured my summer grow and tried everything (again subjective, non-scientific) and the high from the cuttings is stronger - 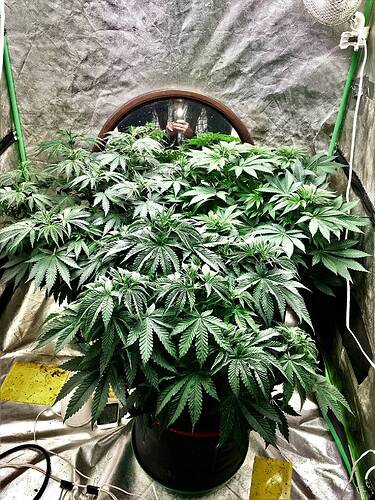 What I attribute this to is how they came to be in the world.

The mother plants were seeds that were started on BBP later in veg - When I took the cuttings from the mother plant - they had already had some applications of BBP on the leaves - that stored BBP gave the cuttings a headstart when they grew roots - I have put both the cutting’s and mother’s buds under the scope - the cuttings buds have more trichomes and on my HiGrade application they both have the same THC register (its a product I bought that approximates the THC content of a bud based on algorithmic comparisons).

I may wait another day or two if I can to flip them - my goal was at 60 days from popping, and that is Friday - I want to give them a good BBP application then put them in the dark for 36 hours and when they come out give them lots of Bloom microbes in an ACT/compost tea and get them off to a really good start - They are taller than any other indoor grow at flip and I am hoping I didn’t push it too much haha. 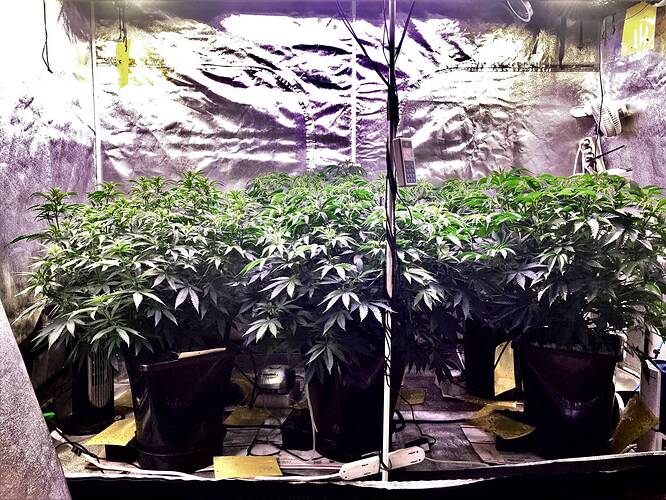 But my point is I have all the BBP stored in the leaves and so I think that concentration of accumulated goodness is contributing to the fact that these girls are ready, 30 plus days earlier than any of my previous photo grows.

I feel strongly that the 10 day application spread rate seems to accelerate all the good attributes of BBP and I have not noticed ANY negative impact. I would only do that after they have been established root and foliage wise. so after the 2cnd application. I believe that is one of the reasons these plants are as developed in veg after 60 days compared to previous grows that would take 100 days to get to this level of bud sites and lateral fullness.

That’s the plan anyway - I have all the lights at 100% because I don’t want them to stretch anymore in veg, but this morning they are above the line I drew last night haha –

So I am going to be applying a 5ml rate BBP treatment tonight before lights out at 4pm - they will stay out until Friday morning at 5am - I will be putting them on a 11 off 13 on schedule 5am-4pm on I have been doing a lot of research and I want to start using the flower portion of the Gas Lantern light schedule where you start at 11/13 and decline a half hour each 2 weeks down:

I will be giving them a bloom tea upon waking and start introducing their flower nutes - I am a little afraid of their height but I will deal with whatever needs to be dealt with.”

image00013e2048×741 422 KB
Note: At this point we make no potency claims as we DO NOT have lab verification. All comments must be considered anecdotal. That being said, we’ve had no negative comments regarding bud quality, potency, smoothness or flavor.
1 Like
Astrodude November 4, 2021, 5:56pm #262

I see my future…

This morning 36 hours of dark Hi Bob as soon as I open the tent this morning at 5 o’clock I took these pictures. They stretched at least 2 inches overnight and they look fantastic already starting to pre-flower and I’ve given them a bloom micro Tea. I found it this is a very good way to help them transition to full flower. 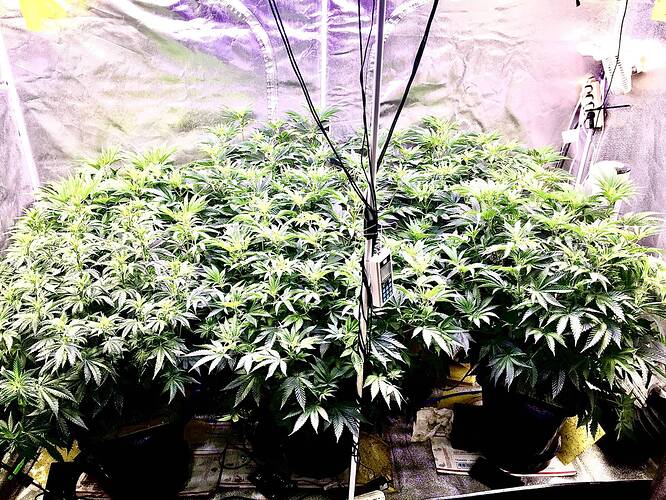 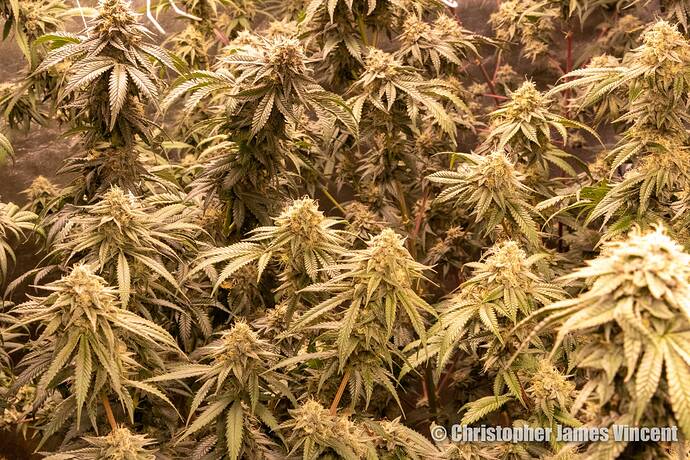 Damn, I’m slipping. I missed this until now. Lol…

It’s been some good reading. 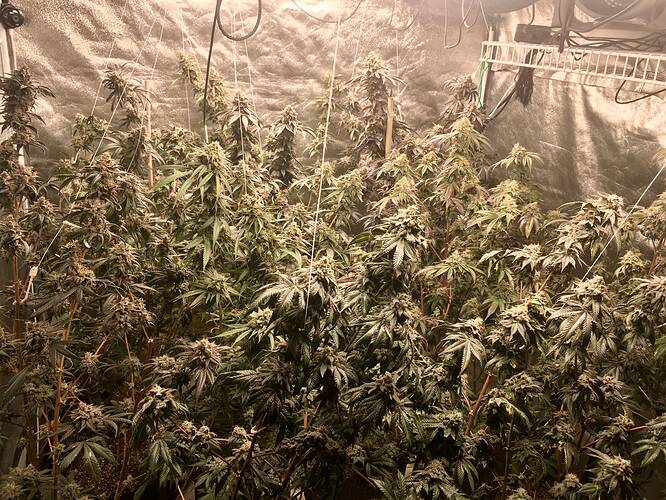 No Teef, The Adventures of Syn and BBP (NoRGE x Sour BluTooth) Hydroponics

The strain I’ll be growing this cycle is one of @Indoornesian’s crosses. We have NoRGE which needs no introduction if you have been following my grows as of late. Northern Lights (( BCSC NL#5 ) x ( Hemcy’s NL [2007] )) x Orange Grove (( Æ77 CaliO x Deep Chunk ) x ( LVPK x Hindu Kush )) The second part of this cross also doesn’t need much of a introduction, being it’s legendary BOG’s Sour BluTooth. {Blue Moon Rocks x Sweet Cindy} x Sour Bubble I recently purchased some BudBuster…

I have never had this much bud development this early in flower - this looksmore like 4-5 weeks in flower.
Thanks for looking