Hey guys, this season is my first attempt at growing. I’m in Canada doing an outdoor grow of 4 plants. In the winter I got a bag of weed (blue dream) that ended up having quite a few seeds in it so I figured why not pop a few and see what happens. I got a few pics to show my progress so far and I’ll try to keep updating as the season goes along. 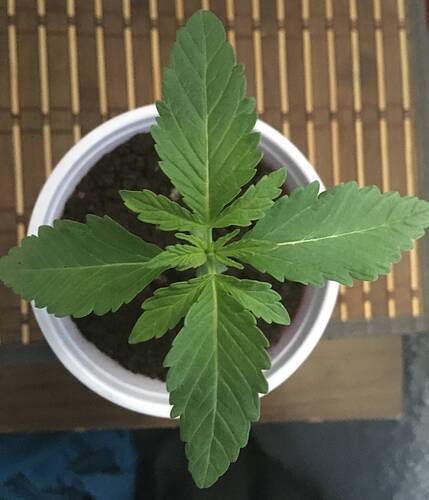 Here is a couple of pictures from early on, before I took them outdoors. I sprouted 8 and gave 4 to a friend. Of the 4 I kept, 3 ended up being female. Due to the issues with Canada Post and shipping in these pandemic times, it took my quite a while to get a hold of soil and fabric pots. While waiting, I decided to transplant them to slightly bigger pots to give them some more space. I had to leave them in these pots for longer than I had hoped to so them bottom couple branches took a bit of a beating. 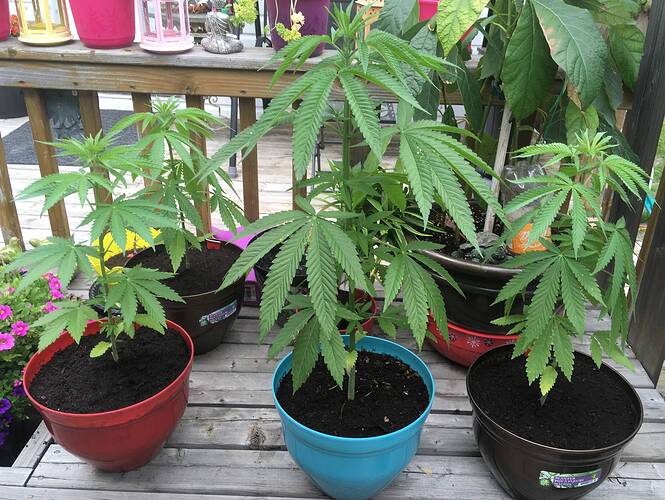 I was able to transplant them into their final home around the first week of June and they have been loving it ever since. I wanted to go the organic soil route so I got some soil from Black Swallow Living Soils and some 15 gallon smart pots. The wind here has been absolutely brutal so far this season so I will try and snap some photos whenever it decides to die down a bit. I’m not much of a gardener or a photographer so I’m doing my best to learn on the fly. 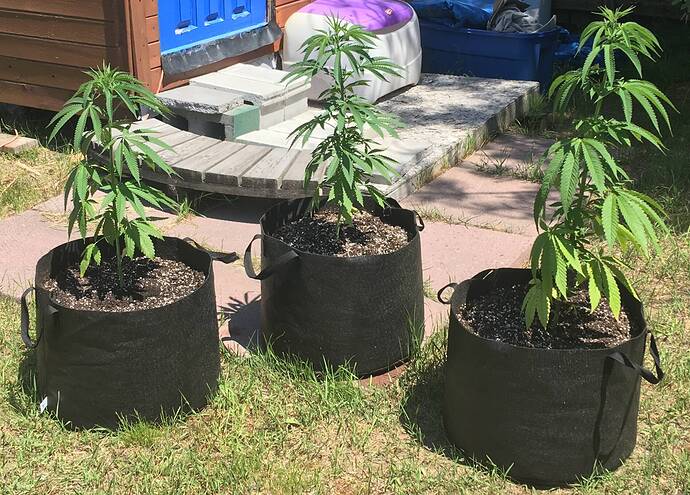 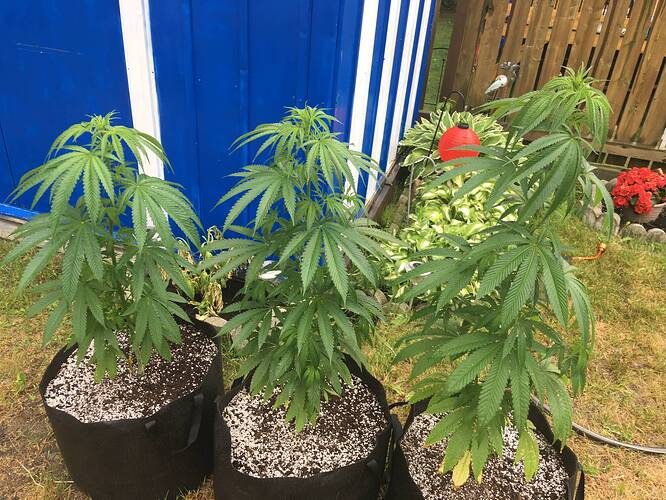 Looks like you are off to a good start.

Almost forgot, to fill out my 4 plant quota I snagged some Mephisto seeds. Got a Samsquanch OG germinating right now. 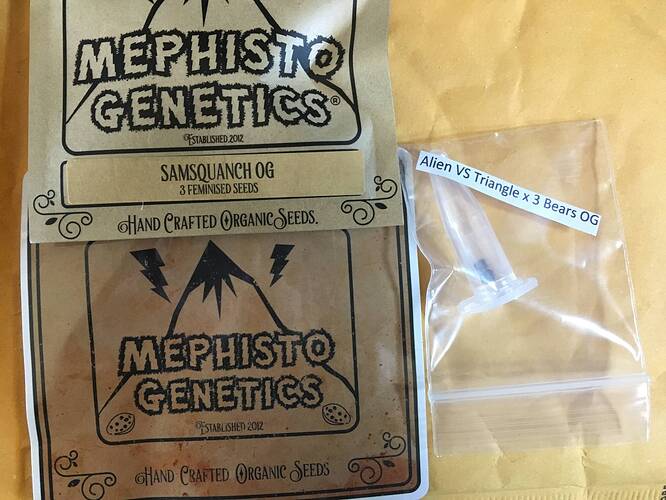 greetings fellow canadian
those are some sexy lookin ladies
+k

That’s cool that they have showed sex already looking good ! Welcome to OG!

Welcome to OG. Nice looking plants. I do enjoy some Blue Dream. Lucky you got some seeds.

I’m curious to know your guys opinion on transplanting autoflowers. There seems to be a lot of conflicting info out there ranging from ‘never ever’ to ‘it’s fine’. Ultimately, I am going to move my auto plant into a 3 gallon smart pot, but I don’t know whether I should put it right in there from the start or whether I should start it in a solo cup for a week or two before moving it over.

I start autos in solo cups and they do ok. Might get a bit bigger planting directly in the final container, hard to say without doing a side by side comparison. Maybe try both and see what you prefer?

I started my autos in pots a little bit smaller than solo cups and transplanted them as soon as they had their first set of true leaves into their final containers.
I don’t have a ton of experience growing autos mind you, but I have two Ripleys OG from Mephisto and two Spotted Lime autos that are doing great and don’t seem to be stunted at all

You are in luck with the Blue Dream and you’re already off to a good start. Just keep up the good work and you are looking at a very good amount of flowers for one person. Can you tell what they smell like? You already know what BD smells like, so you may be able to tell with your nose if it’s crossed with something else which could mean different flavors from each plant. That’s fun to me.

I’m curious to know your guys opinion on transplanting autoflowers. There seems to be a lot of conflicting info out there ranging from ‘never ever’ to ‘it’s fine’. Ultimately, I am going to move my auto plant into a 3 gallon smart pot, but I don’t know whether I should put it right in there from the start or whether I should start it in a solo cup for a week or two before moving it over.

I have transplanted all of mine at about 10 days or so. Never had a problem and I grew about 50 last year. lol However, I never top them

I’ll probably try transplanting this one and see how it goes. It’s something I need to get used to doing anyways

I’ve been giving them stem rubs to see if I can get a read on them. One smells sweet/fruity, one smells skunky/musky and the third one I can’t seem to get much smell at all. Just smells like a plant. I thought I was going to be dealing with a bunch of fem seeds from a herm accident but that male plant threw me for a loop. Could of been pollinated by anything I guess.

Oh baby! You’re going to have a mystery dream.

Hey Jack, how do you grow, out of the “Pork Chop Express” on a dark and stormy night?

I’m curious to know your guys opinion on transplanting autoflowers. There seems to be a lot of conflicting info out there ranging from ‘never ever’ to ‘it’s fine’.

ReikoX is the God of Autos, so I would get his opinion, but I have always been told to go the never, ever route.

Damn you Plantshepherd and Solowolf! I thought I was going to be the first to reference that FINE movie… hehehehehehe

I’ll have to name this mystery strain ‘Six Demon Bag’