Looking for some US traders with some great sleep meds 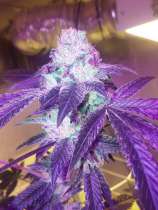 I have been a huge fan of the Rugburn OG. Scott at Rare Dankness brought a face melter with the Rugburn OG , it is a cultivar that does me well. The fuely Rugburn OG has always been a go to and the reason I used her in this cross. The Icaris OG... 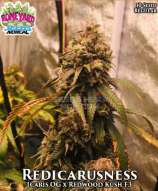 WEIGHT:MEDIUMSTRUCTURE: She is a medium size plant with even branching structure. She benefits from extra veg time and topping once or twice before flower.SMELL: Pine, earthy kush, gas...

This is NANA'S COOKIES= GSC (forum) x Angel. This is the second line I named after my mother. It is a extremely dense eaay to grow girl. She is a much larger producer than the GSC mom. A candied CGS profile will be found.Photo and grow credit to...

I Made a (few) fem seeds and have some regular auto’s bb x fpog also.

I would like to trade if you have any Couch lock put you in the bed meds let me know hopefully we can work out a trade just some I would like to find Mendo Breath,Deep Chunk,Gdp, Cherry Pie, God’s Gift,Grape Ape,g13,Purple Urkle,Black Domina,Wifi 43 etc…
Us only sorry
Many Thanks

Location? I have a few on your Wish List. Stay safe/be well…mister

I’m from bama. If would like to trade just let me know.I tried to message you today but my internet has be bad today
Many Thanks

Greetings, “Home Boy”, I was born/raised in Huntsville, went to A&M, joined the USAF and travelled the world for 20+ years. get back for special family event, funerals, etc. I’ll get back to ya in a few. Until then, SS/BW…mister

We need to change your handle to SuperBee, your always to the rescue!

My late Father work directly with Werner Von Braun at the Space Flight Center. Rocket-crap was so ingrained in my consciousness with tours, missiles (I could name every damn one) firings, parades, I decided against the Army and joined the Air Force!!! I remember being taken to his work place, even had a picture taken sitting on Dr. B’s knee (I hope he wasn’t a pervert!!!). In High School, I borrowed a then New/High Tech Oscilloscope from the SFC, my Science Team made an Electronic Stethoscope. You could BOTH see and hear the Human Heartbeat. We went to the State Science Fair AND Won!!! I don’t think ANYONE thought some Black School was capable of doing that. Oh well, I guess you never know. Funny thing is, my Father fought Dr. B’s fellow Nazi’s in WWII. He was with Patton all the way from Italy to Germany. Strange bedfellows, to be sure. Enough of the History Recap, just wanted to show how linked we BOTH are to “Rocket City USA”. ALL, stay safe, take special care and, indeed, be well…mister

by the way i am hoping later this year to have some good sleep type seeds, will let everyone know when there here, working on Jack the ripper right now only had a 5 pack but these are old, subcool was still alive when i got these years ago, they all popped had one male looked like two but now looks like one but its looking like a herm…So i may not have any JTR, to those who wanted some, but its not over yet, just flipped them

I’ve been in search of some sleep meds myself. So far I have Orange Grove Hashplant, and Hibernate, both of which I’ve been told are great for sleep. I see JBC has the Rugburn OG in stock. Maybe I should give that a try also. I have a friend who is growing Mendo Breath. I’ll message him and let him know you’re looking for it. Maybe he can hook you up. If you want to talk in private message, I’m open to discussing ideas.

Mendo breath is my current go to for night time (when I have it). I just got a cut of it over a month ago, can’t wait till I have space to grow out a few of them. I’ve heard many good things about hibernate! I have a buddy that I gave a few of those orange grove seed to, I’ll be tasting those pretty soon too.

The Orange Grove is growing some huge leaves. They’re only a week or so from seed and they look amazing. I have the Hibernate coming from two different members. One only had two seeds, which I started right away. The others haven’t arrived yet. They’re coming from out of the country. I’m really hoping they make it through customs. I plan on open pollinating them to make some seeds to share. 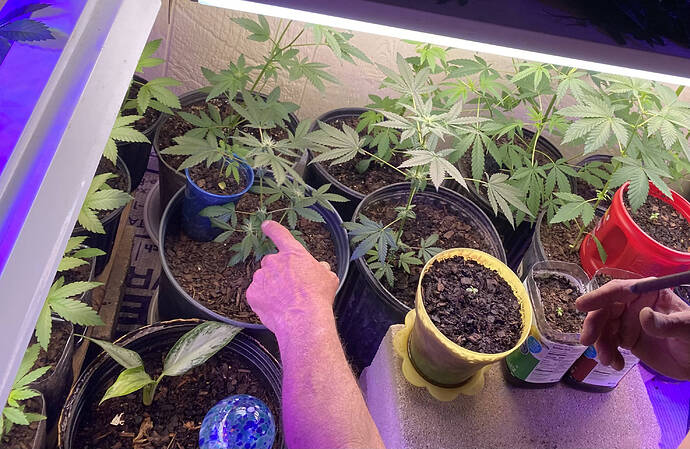 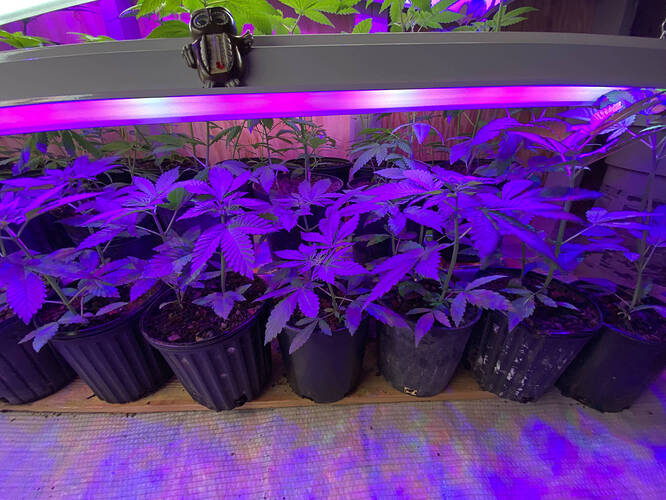 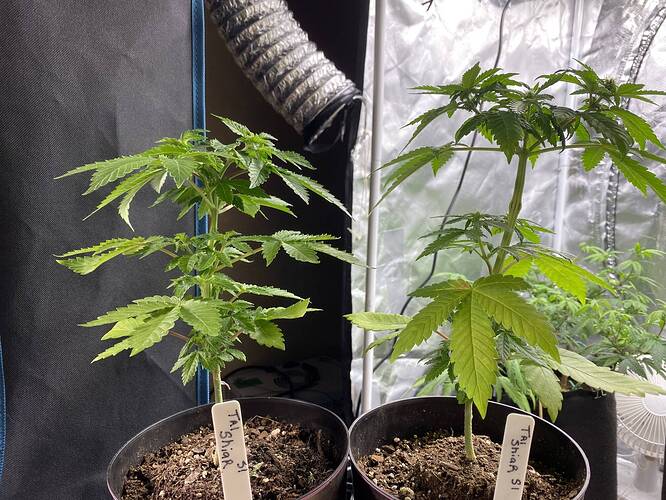 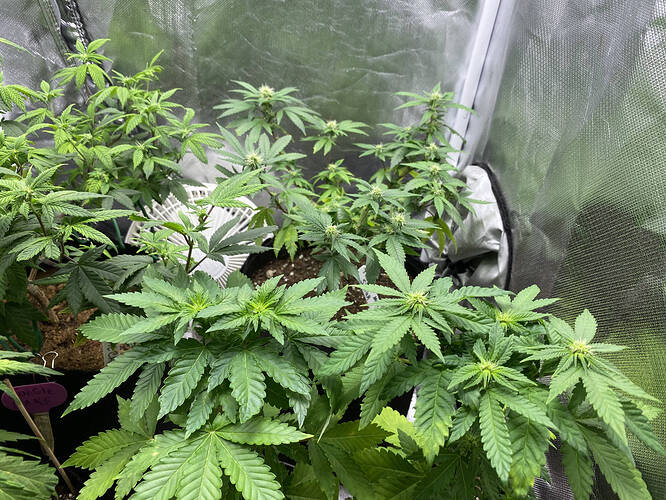 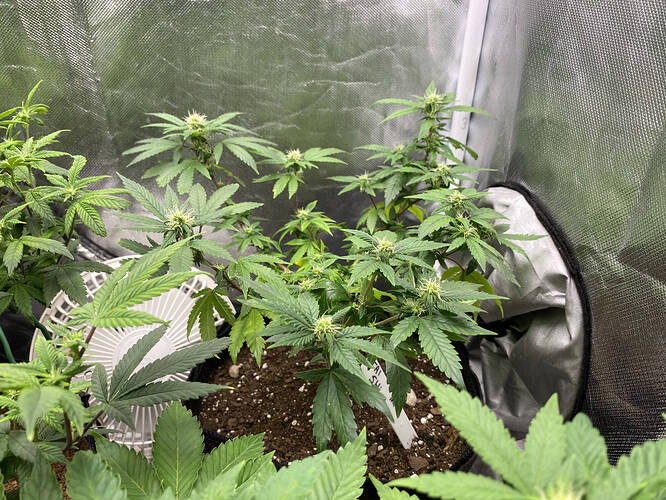 i will know more later this year 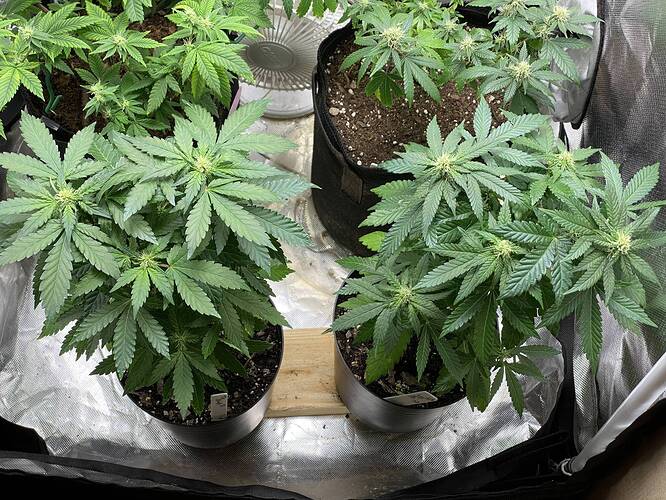 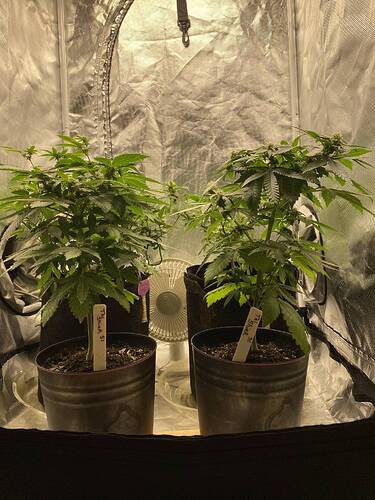 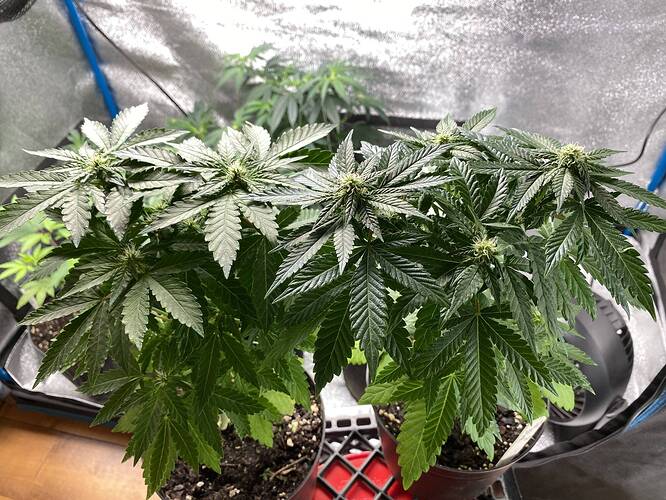 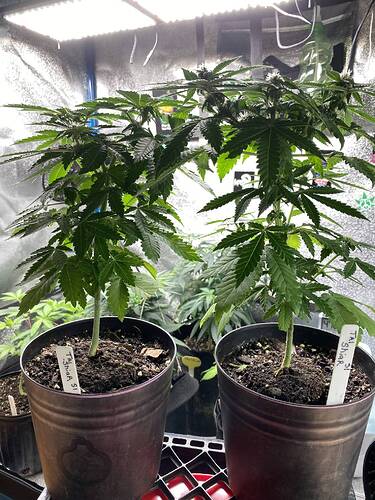 Bcsc Couchlock has been my go to for years

Sad the original breeder sold out to scammers it was good shit.

If you still have the Couchlock going, it might be a good one to try reversing to make S1s. 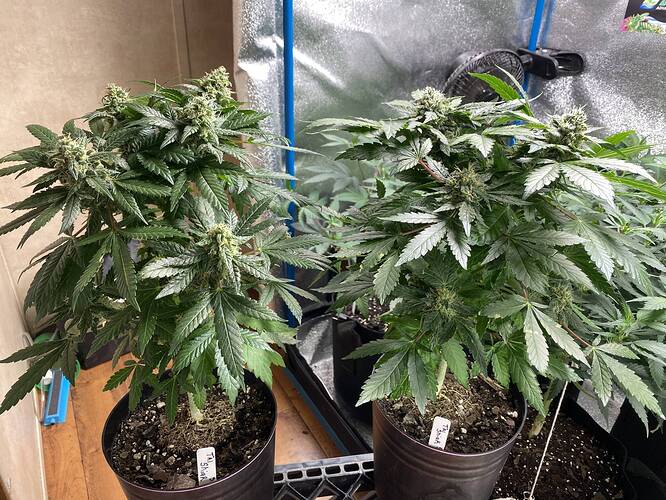 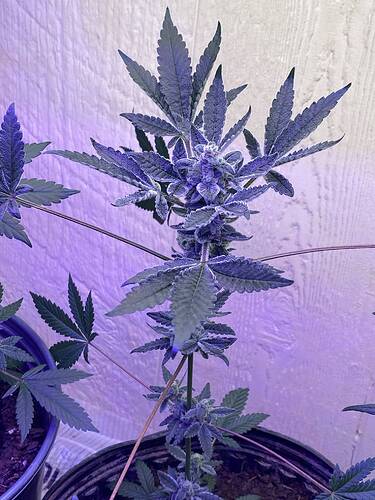 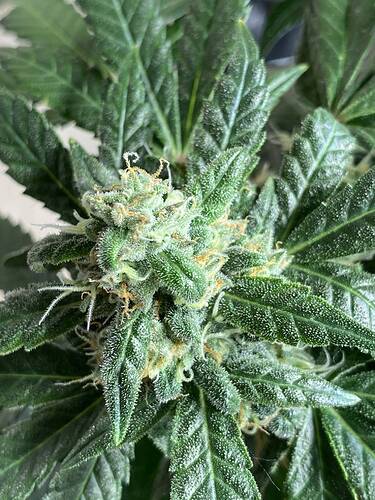 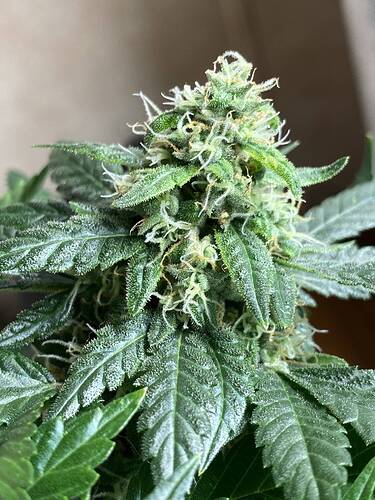 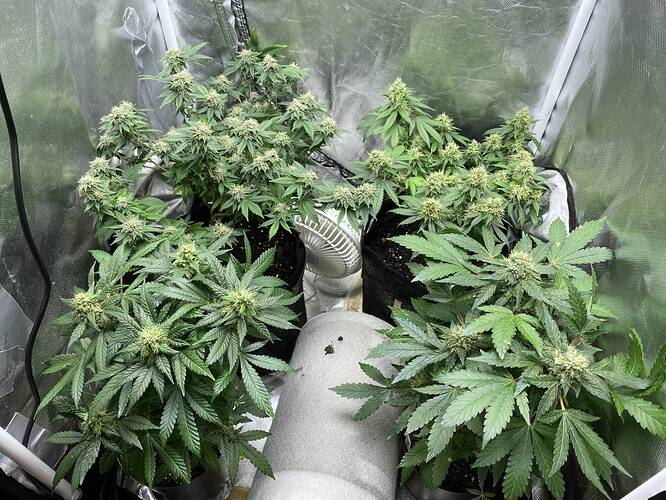 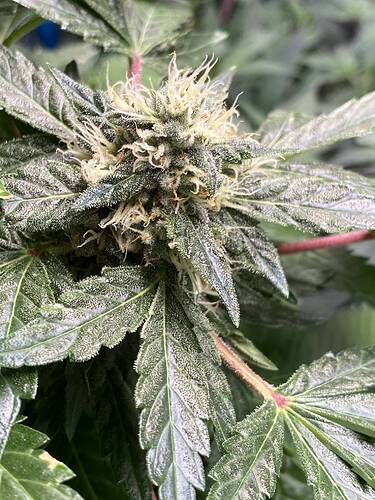 What in particular are you hunting? SS/BW…mister