Anyone have some older seeds in original packaging? Or is currently growing some older creations they would like to share? Also interested in hearing from folks in different regions that had or have a strain that’s been popular in your area for years. We have a few here in Maine that’s been around for 15-30 years… Burnham Red Eye ( which I have) , Black Alaskan (turns jet black in flower) , Billy Bud, Vermont Mountain Man… I’d love to hear the stories and see pics of these regional older plants that were loved and kept around to endure the test of time. Older plants that survived the test of time intrigue me. Along with older creations still in original packaging… I have a few true stories of plants from our area, and have some older packs I will share. Thanks everyone for your experiences and pics. ! 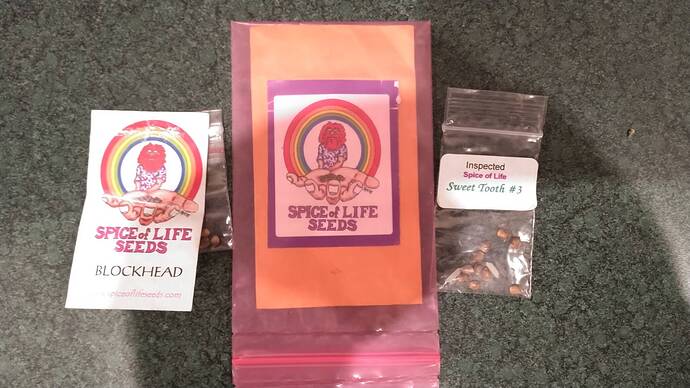 Fellow Mainer here, up in “The County”. Have an older Pack of 3rd Dimension by Subcool. Hope you’re enjoying this brisk and semi-sudden change of weather. Do have a pleasant week, stay safe and, of course, be well. 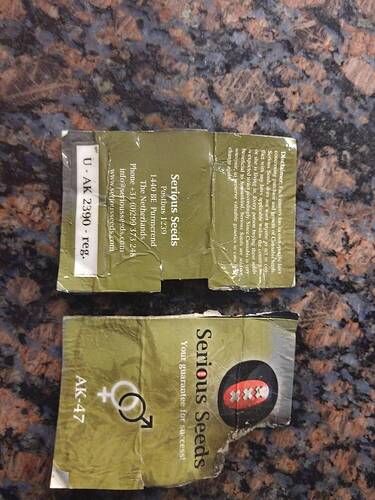 These were acquired between 2001 and 2004
The SSH are the older of the 2
I have a couple other strains from the same time but they are no longer in the original packages. 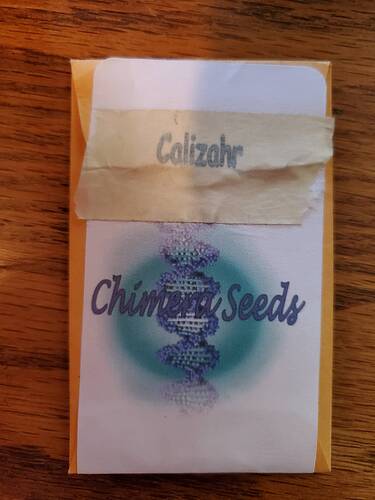 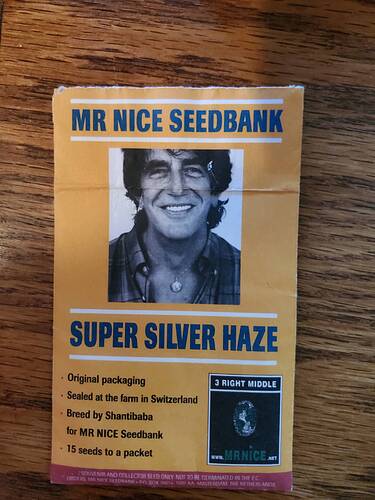 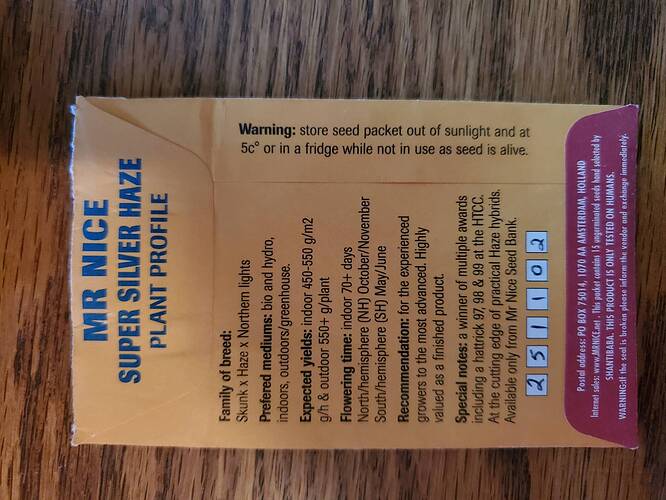 Cant wait to get back to maine family all up there am in floridia right now looking to become a snow bird this spring looking for a piece of land on or around penobscot river/bangor area would buy or possible trade for a 1/4 acre here in flamine has septic already dont need septoc or well as long as on.water. and i do remember vermont weed that came out around end of sept smelled like a christmas tree

I lived in Parrish FL for 13 years…I missed Maine so much we moved back… Maine is nice . We grew up and still live in the Belgrade Lakes area

Heads up all u older genetics lovers. A friend of AK bean brains has dropped some OP Beatrix Choice … if u go to his IG page u will find the lead to find em…

… got 2 packs ordered but here they are going fast… also has a few others coming up… sssc Williams wonder, and an older sssc haze… just thought I’d share 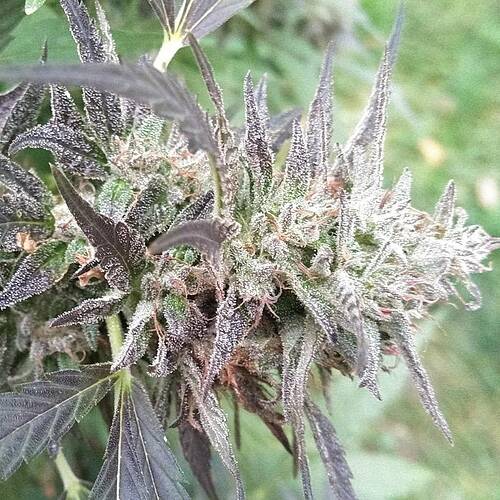 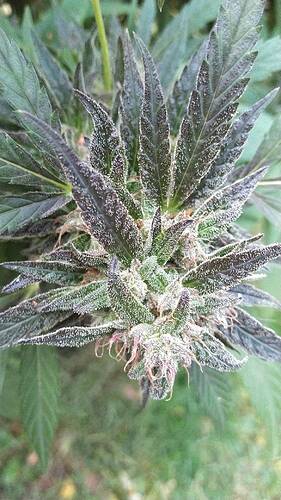 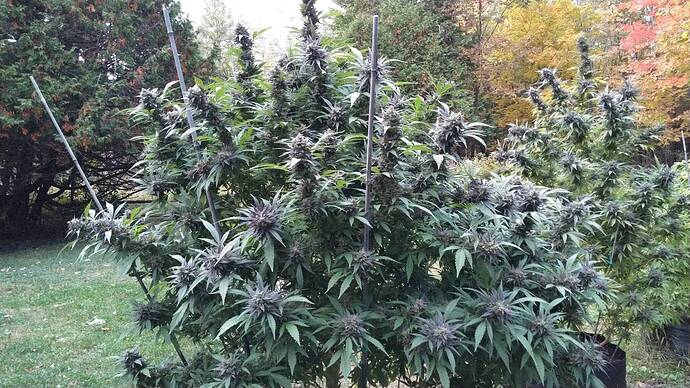 Ive been hunting for Black Alaskan cut… I found one 2 year’s ago and it definitely has it in it but it’s for sure a hybrid… I recently picked up a another cut of Black Alaskan that’s supposedly verified but we will see. What has made it thru the test of time is that the buds and leaves get jet black. Not a huge producer of resin but just beautiful to look at… I remember it being great smoke … couch lock material… also recently grabbed these classics, the VA beach Afghani, and Vt. Mt. Man… Vermont Mountain Man is definitely an older earlier release of NL , possibly a NL hybrid that is outstanding…

A little piece of a 1990 interview about it I found

I dont want to brag, but . . . Ozark gold, the marijuana we produce, is highly prized,'' said Doug Seneker, deputy sheriff of Lawrence County, Mo., about the drug grown in his area. ''Most prefer it to Colombian or Mexican because its not as harsh, fresher tasting.’’ 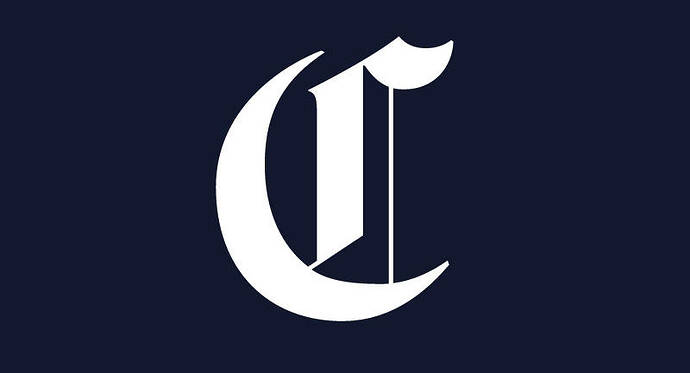 A superpotent strain of marijuana, born and bred in America, has vaulted this country to world-class status as a marijuana-producing power, an alarming development at a time when Americans have been distracted and even obsessed by the war on cocaine...

@TheShowMeHomie. I would kill for some STL Creeper!!

@TheShowMeHomie First time I smoked it must have been around 17 hanging with an old neighbor. We smoked the whole joint and I started bitching about how bad his shit was. He just laughed and said “Just wait”!! That shit kicked my ass!!

Hey, another Mainer here too! Been kind of looking for Maine strains too, Burnham red eye was one I wanted I track down. I was given a bunch of Outdoor Burnham red eye bud that got seeded, but the buds molded in the jar, and none of the seeds sprouted

. Though they were likely crosses since the guy grew several strains in the same area.