Hey everybody,
Thought I would share results from a ~120 seed gauntlet run I did recently. I’m starting my stable from scratch, lost all my plants but have this mountain of chucks ive made over time so I went diggin’.
I popped way more seeds than I needed so there was pressure to eliminate slow growers, lanky bitches, herms, males, etc… as quickly as possible. I also treated them pretty badly; in used (but rested) no till soil that I did not re-amend, vedged outside but flowered inside under 1kw hps lamps and did not provide optimum temperatures throughout the grow (cold nights even when inside). we’re looking for champions and keepers so the stresses were real. I wont be going too much into detail, just basic overview and some dick pics. Hope you enjoy.

I used two strains just incase one or the other turned out to be bad chucks. I popped ~60 Mazari grape x Lemon wookie and ~60 Mendo grape kush x space cake. all regs of my doing.

I had max 4kw lights for flowering this project so was hoping to get around 40-60 plants, I think the final number was 46. What backfired a bit was that males tend to be more hardy and vigorous so when I flipped all the biggest nicest, bushiest plants were males and I got well over 50% male to fem ratio in the final plant pool. Still I think I managed to do a semi decent pheno hunt for these two “strains”.

Momma’ and the Papa’s
Mazari Grape (mother): From medicann seeds (afgan '76 x super skunk x black grape x og kush). indica/og little plant, my bedtime smoke, very little smell, cures into a soft vanilla berry. smoke is a nice hashy grape. very soft on the throat. advertised by breeder as having cbd-present phenos (18%/3% thc/cbd) In my experience this is more or less correct, though ive never had plants tested in a lab. 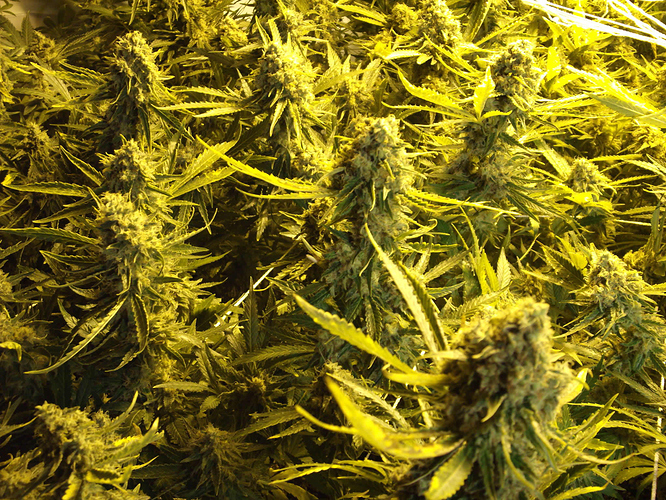 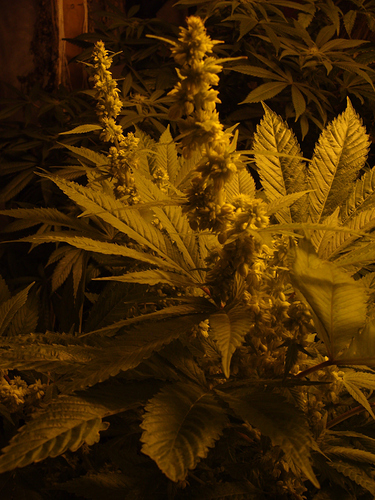 lemon wookie stud.jpg1536×2048 814 KB
Great structur and growth, had a smelly garbage stem rub. popped some hairs on the top towards the end of his cycle that made me nervous but so far his progeny have been stellar.

Mendo Grape Kush (mommy): from Ultra genetics (mendo purps x grapefruit x OG kush). This plant was what I call the pink OG pheno in mendo grape kush. an outlier in the pack. She was a pink OG pheno that cured into something closer to strawberries than to grape. big fat red and maroon colored calyxes that cured to pink. 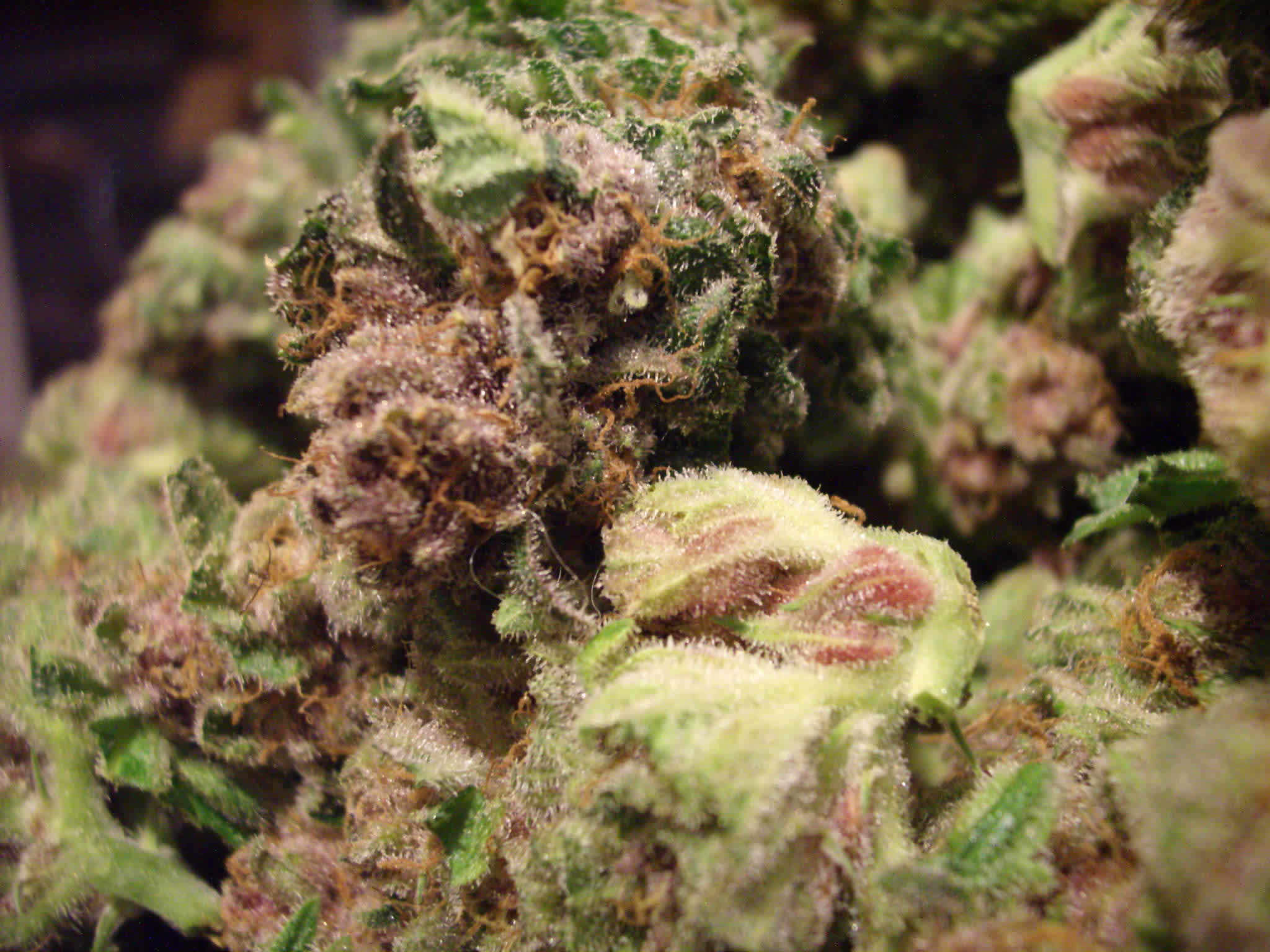 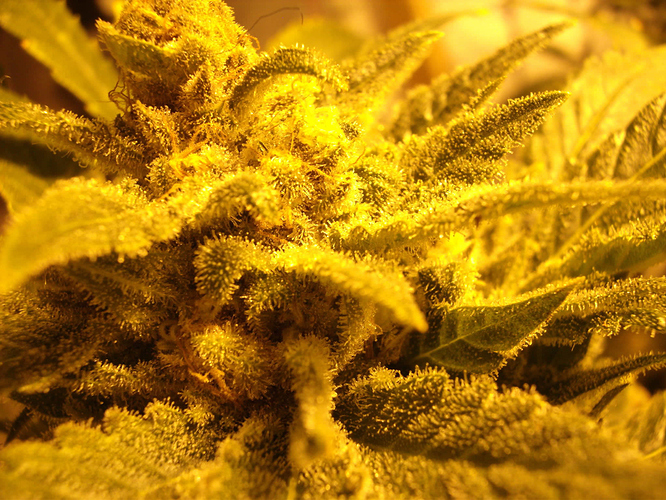 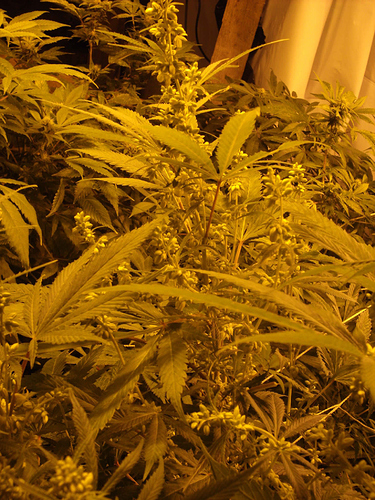 Mazari grape x lemon wookies:
Very diverse, just like both the mom and dad, so it was to be expected. Still though, this strain is a mess and all over the place. four main phenos made their appearance:
a Lemon meringue pheno, Reveged the nicest one. but the yields were meh… so idk… smell and taste were top notch. 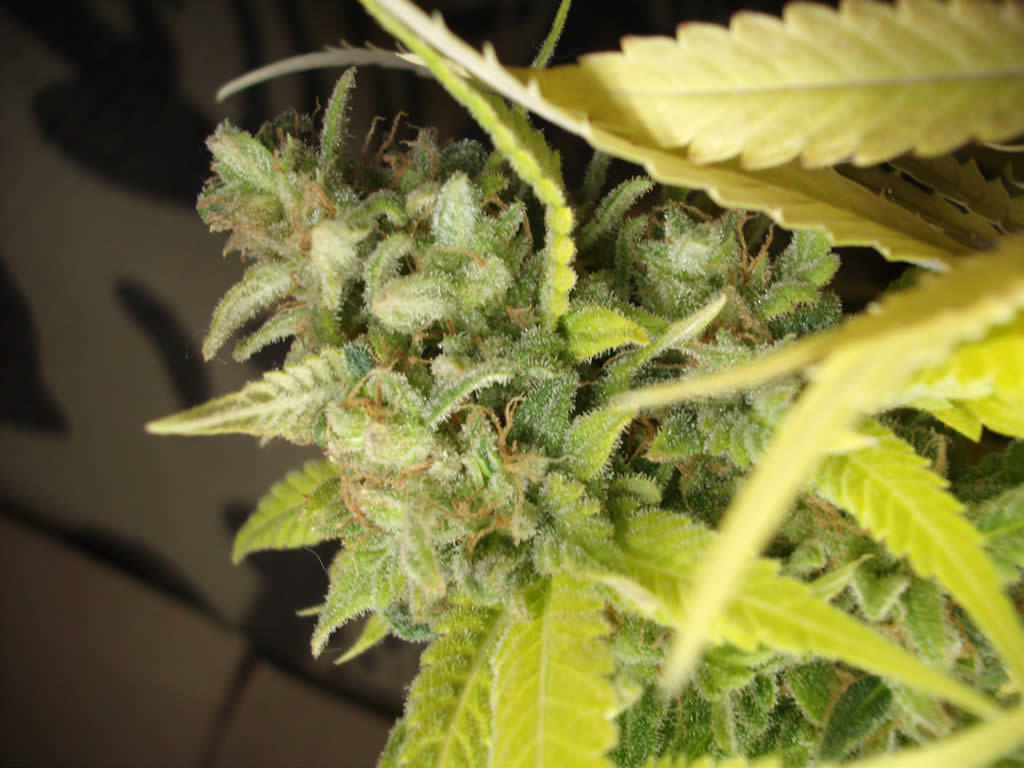 lemonpheno.jpg1024×768 99.2 KB
a group I will call the diesel family; these were medium yeilding but very strong diesel stank with rubber and rotting fruit backend, The diesel almost dissapears during cure. Very potent fast onset highs from these. 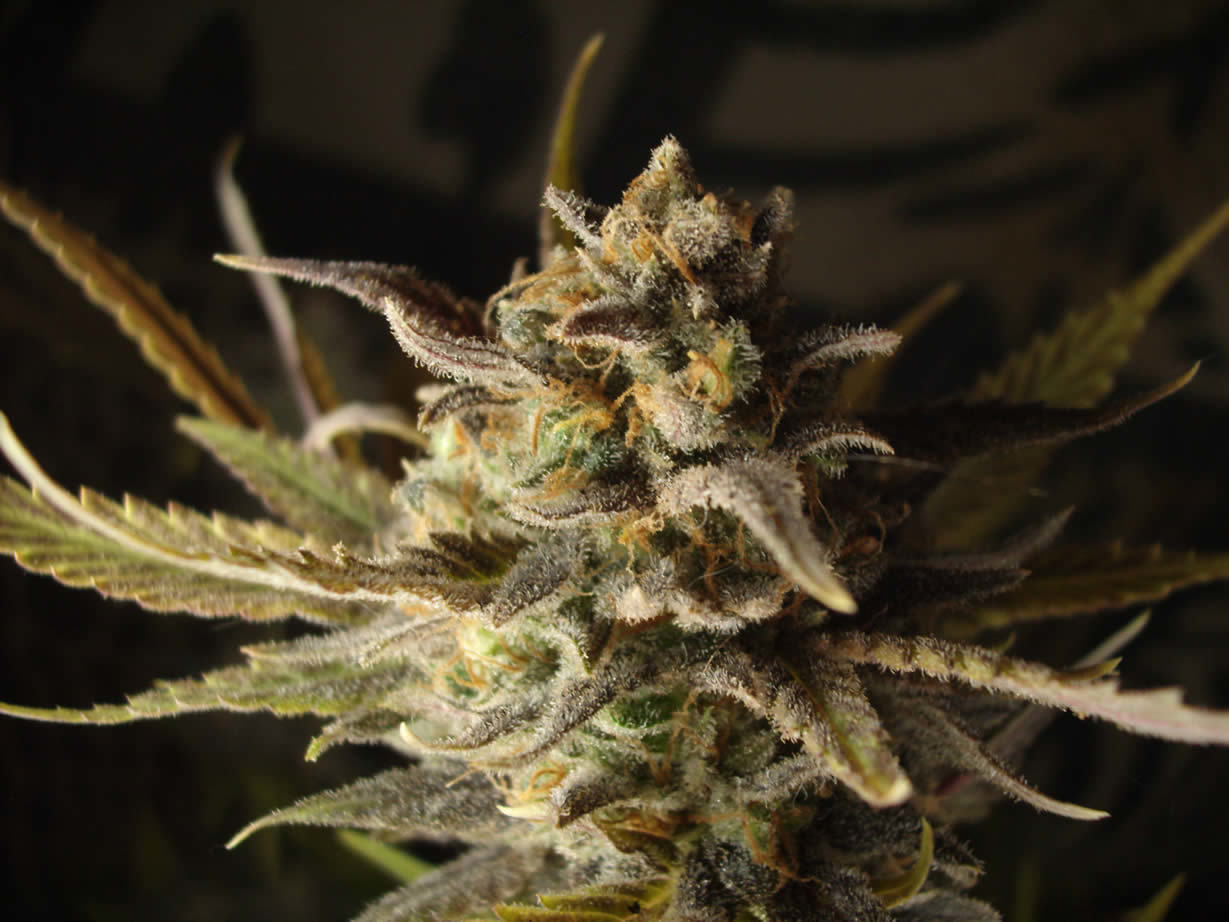 chemdieselpheno.jpg1229×922 117 KB
the ‘Ointment’ smelling ones; they have that distinct nair hair removal cream chem smell. I hate it. still gonna revege one though. the effects are very medicinale and the smell gives it a medical ointment kinda vibe. It just works. 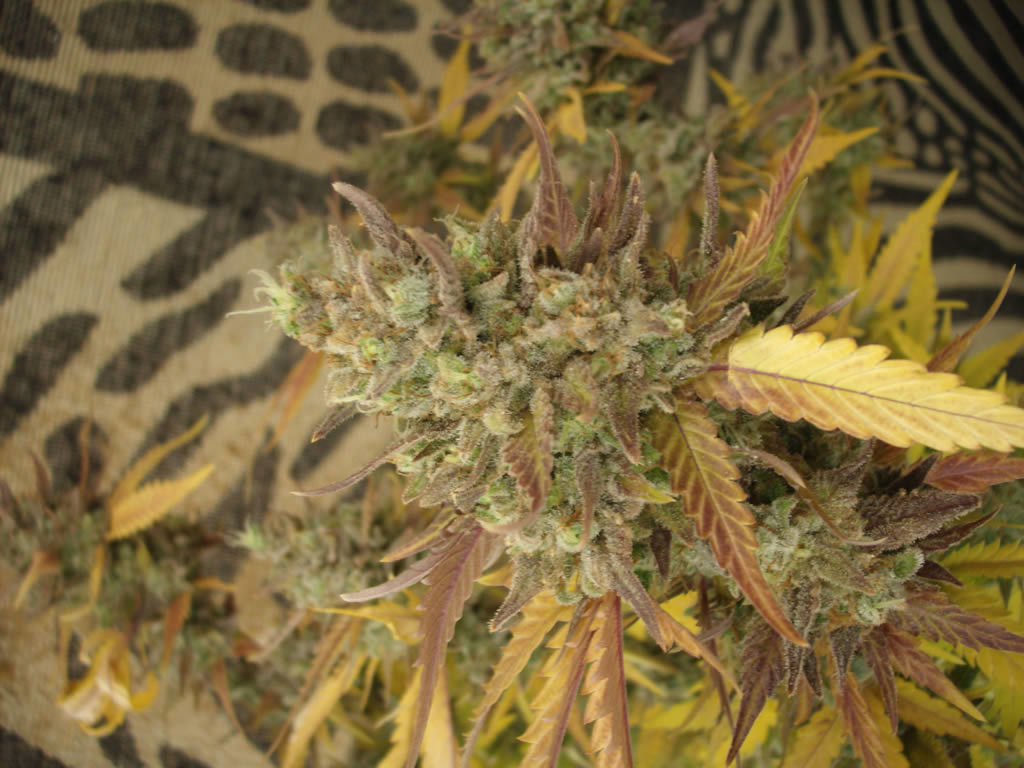 ointmentpheno.jpg1024×768 128 KB
And finaly a small group of popcorn og’s with a chem and lemon diesel smells, very low yeilders and not worth my time. Not pictured.

Conclusion; not that impressed with this cross. Giving an early lemon smeller and a better yeilding ‘ointment’ pheno a second chance. also kept a clone off the nicest diesel stinker incase the hash turns out amazing.

I was looking for a mazari grape successor as my bedtime stash, but even though the effects are somewhat what im looking for, the face melting highs im getting from the space cake crosses have me thinking ill find something better in my mazari grape x space cake stash from the same chuck. same can be said with the lemon or diesel terps. They arent bad here, but I think I can probably find them better represented in other crosses with the same male. Its great tasting weed though, I guess thats the upside of this cross, both parents tasted great and that continues here. Most of the stankyness and rubber chem-stank tones disappear and most have a soft lemon or melon tasting smoke. on some you can still taste the nair though, its not pleasant.

Mendo Grape Kush x Space cake:
very happy with this cross, a lot more uniform than the mazar x wookies. Not really any disappointing plants here. Found two keepers, maybe three. reasonably uniform with only 2 main phenos: one leafy mostly grape with strawberry accents pheno and one thats more cookie/kush structured pheno with rock hard nugs.
The grape/strawberry pheno has the purple bud trait at about 75%. The cookies/kush phenos only purpled on the outside.
the Keepers here were:
This big girl just smells of grape drank and has a face melting high. She’s the maybe of my 3 keepers. I love her, but im not sure Im IN love with her… 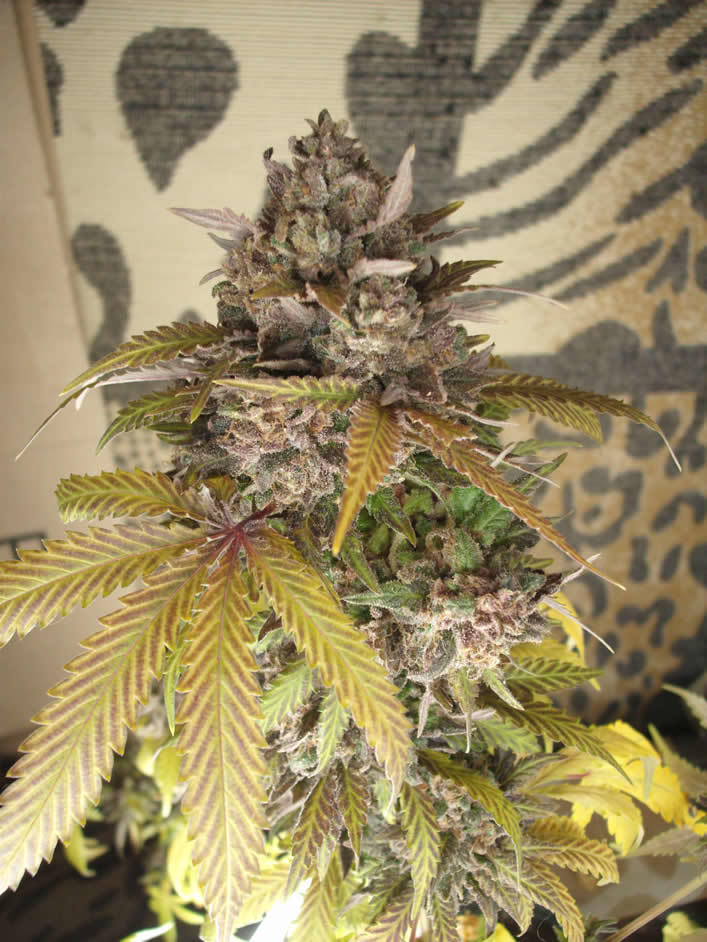 Next was this outlier, a seemingly rare mix of both phenos (just like mommy was). She was the closest thing to the mother I found, and she’s glorious. Better than her predecessor in every way except for maybe yield. time will tell on that one. but terps and high have been bettered 10x. She’s a bit darker than her mommy and her maroon velvet now cures into a nice purple. She smells like frozen strawberries. 10/10 bag appeal. Taste is a lot more berry than in smell. Very trippy high, long lasting and much less couch lock than I expected. She has trichomes with pink/purple stems, very trippy to look at under the loop. 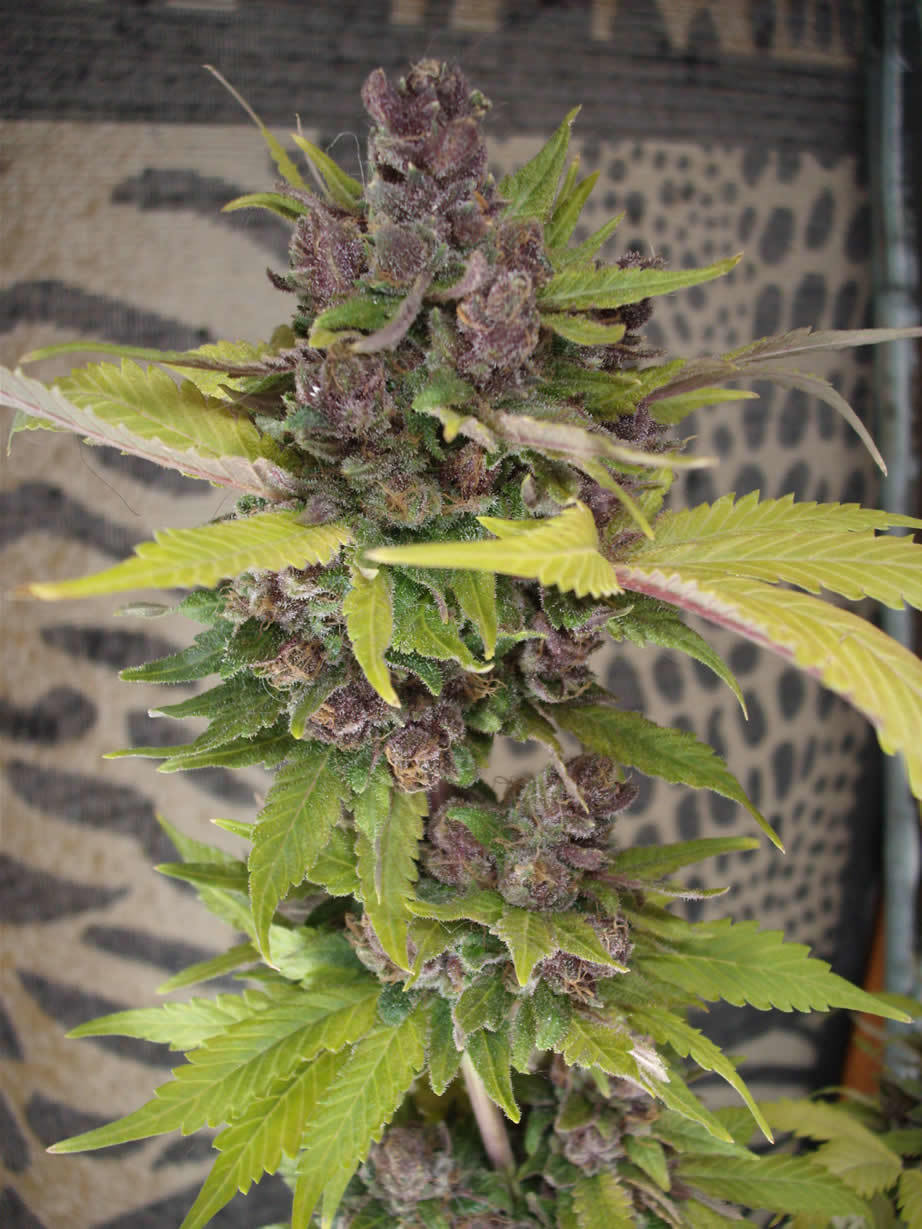 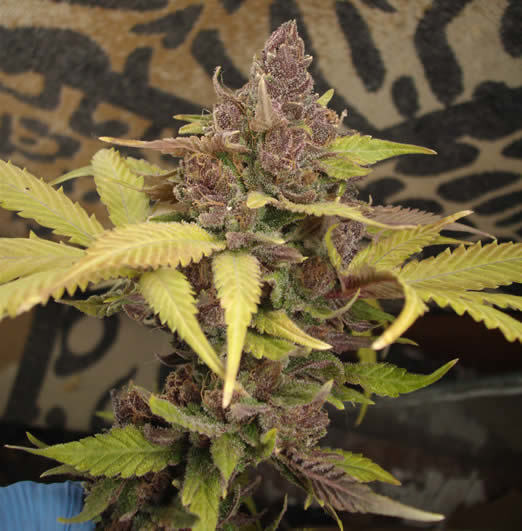 And Finally, best in show, this monster from the cookie/kush pheno group with jumbo calyxes 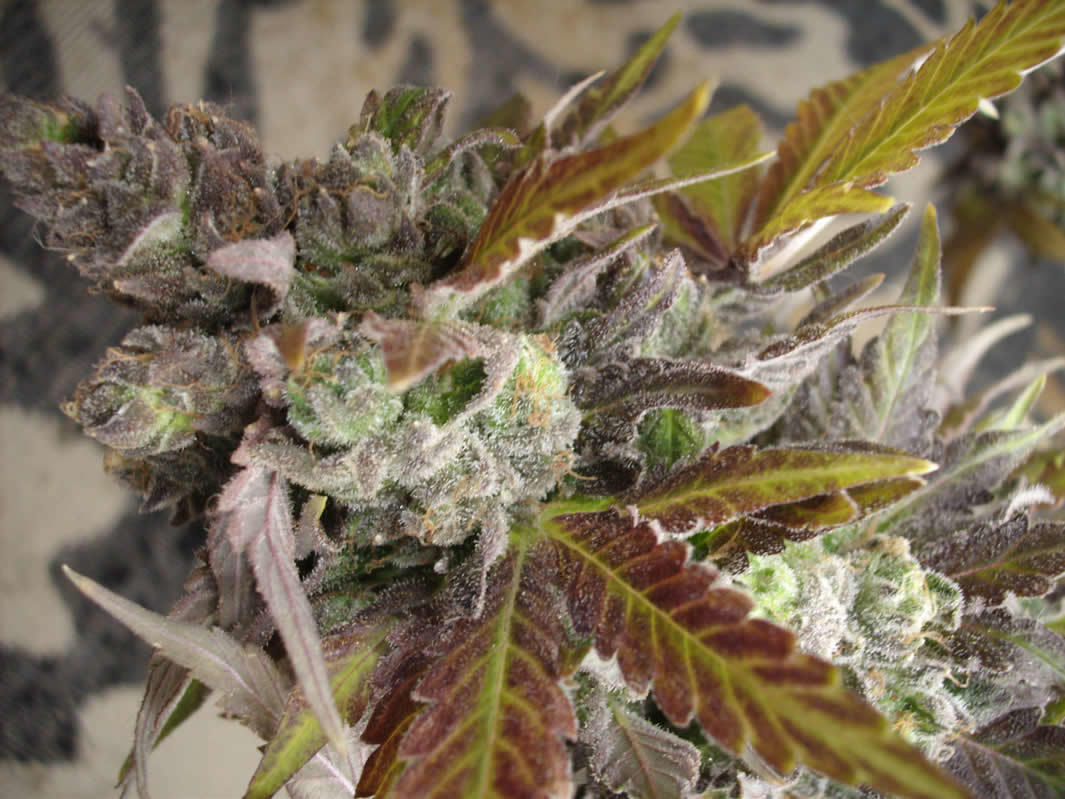 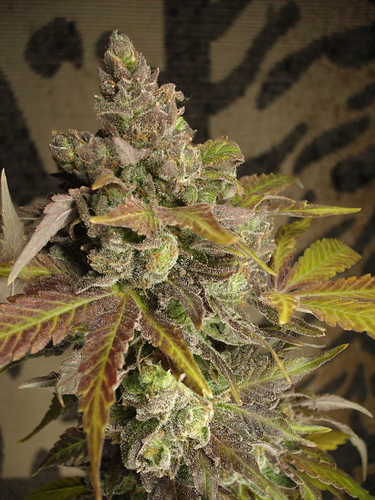 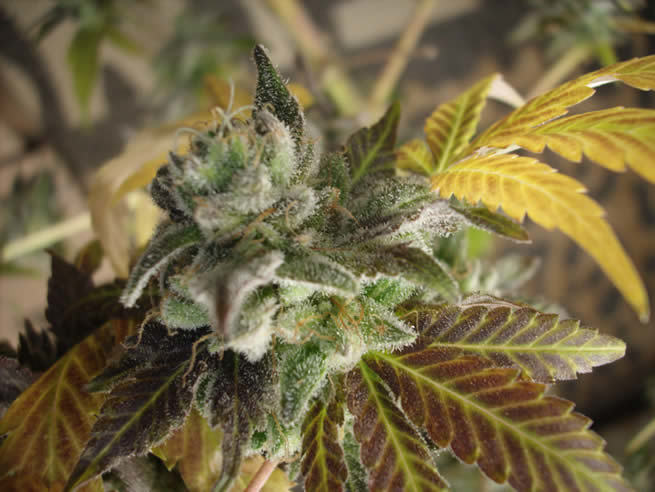 Pictures cant portray how dense those nugs are. yeilds great. Doesnt have the strong odors like the other phenos, but taste is creamy and good. The couch-locking high makes her an allround winner. She also took all the stresses like a champ and stayed green the longest. Cant wait to run the clones a couple times and LST her proper in well amended soil with all the bells and whistles to see what she really can do.

Conclusion: Great cross. very happy with the keepers I found and confident I could find more in this chuck if I need to. bags look great and smell amazing. as it cures, the berry becomes more and more present visa-vis the grape. Ive used the term frozen strawberry before, but that’s not quite it, but close. its like a red berrie and grapy grape drank mixed together in some compressed aerosol gas can.

The mendo grape kush x space cake cross was also better suited for this type of pheno hunting. it was easier to single out some of the top performers early on and not have to keep so many clones alive. I also have more of a feeling that the larger sample population helped me find those rarer phenos (and/or champion representations of those phenos)

The mazari grapes x lemon wookies on the other hand were so diverse, in all aspects, that you can really only judge after a proper cure and having tested it properly. I have the feeling I could pop a thousand of these beans and still not know what im looking for, making it hell to manage. It’s a strain that would be better hunted more slowly, like 5 new girls max at a time as a side project in the back of the room.

Anyways, hope you enjoyed this episiode. Im so impressed by what the space cake male puts out Ill be delving into space cake f2’s from 2 different phenos next.

Is that Bodhi’s Space Cake?

Really really nice
will come back to check you go

Thank you, and yes the daddy was from bodhi’s space cake (GSCfc x Snow lotus).