What kind of GROW lights are you using?

I’m curious as to “watt” everybody is using (right NOW as your reading this) for their grow lights?
I’m actually in Ontario, Canada and I’m running ALL Viparspectra lights! (Have to say I love em) I have a Viparspectra R900 & 2- V300’s. I honestly can say… I have no complaints! And obviously you can NEVER go wrong with that! So anyways, Im curious to hear “watt” everyone is running for lights! Let me know everyone. 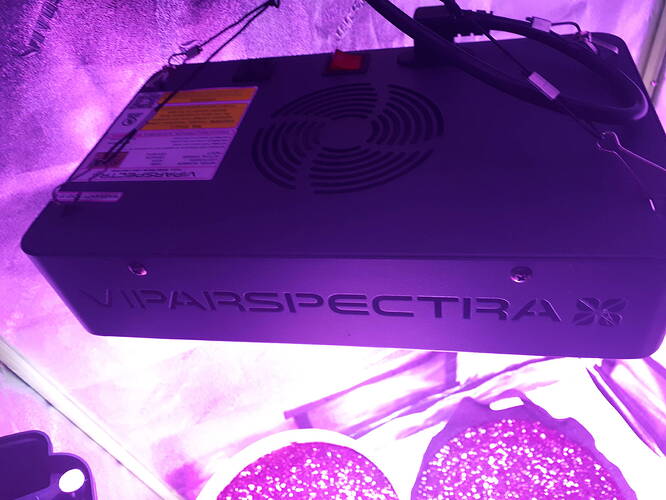 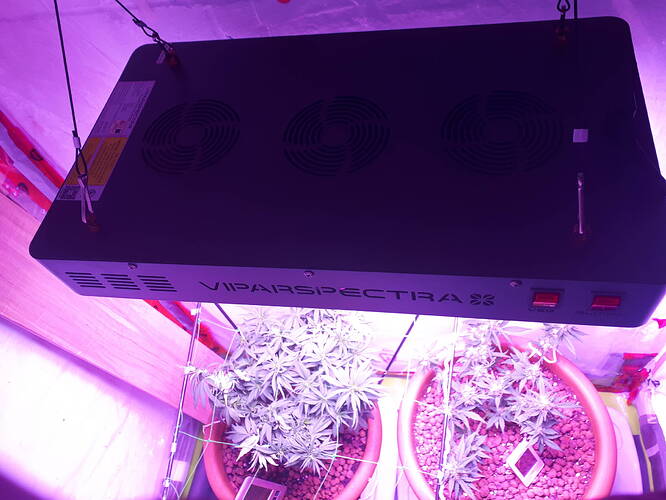 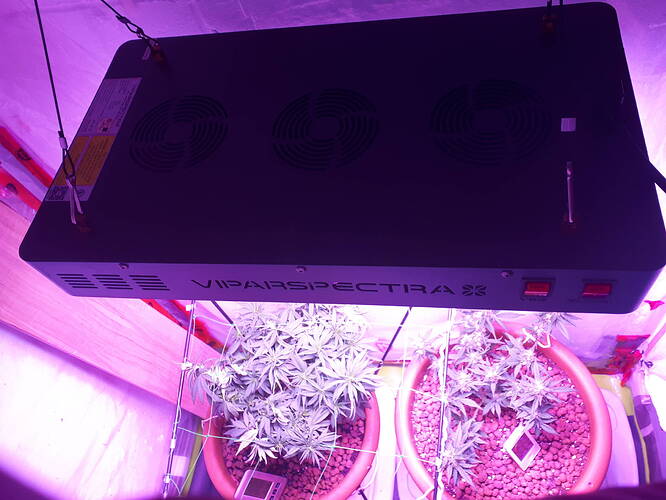 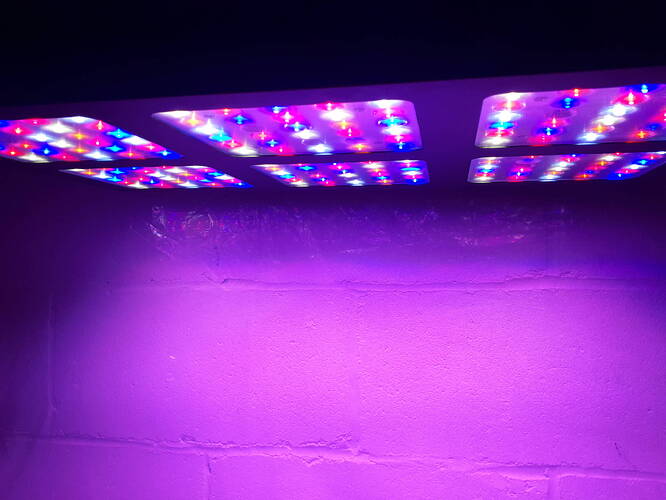 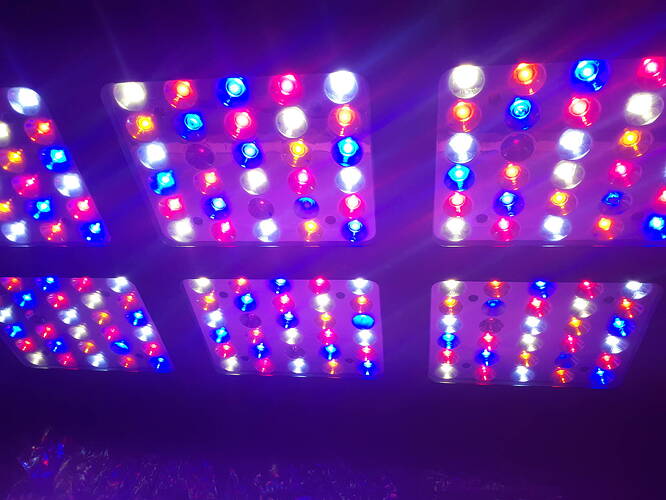 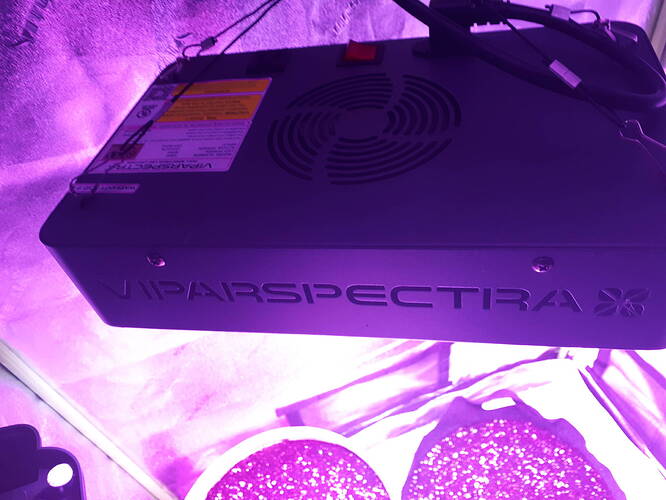 have used hps and metal halide for years, this year i started to get interested in led. i started with a kingbo600 it did good veging the plants then i decided to flower 1 plant with it, 3/4 through the grow i’m well impressed, the plant is in a small space in a room with no extractor or inlet, it was just a test and its a winner. i then decided buy a light that will grow my normal 6 plants and went for mars hydro ts3000, it arrived last week but i need wait another 4 weeks till present grow finishes, i cant wait see it in action and end result

I use a 1000w spider farmer led and will probably use them for the 4000w I get most likely. Been thinking about getting a more commercial led for my 5x5 when I get it up and goin

For my first indoor grow which i just harvested a week or 2 ago i used a cheap Amazon LED, called
Noah-s, they call it 1000 watt but honestly I think its more like 100-125 ish watts but never tested it. It is currently hanging above some week old seedlings, i have a good upgrade in the works which i will hopefully have done this coming week. 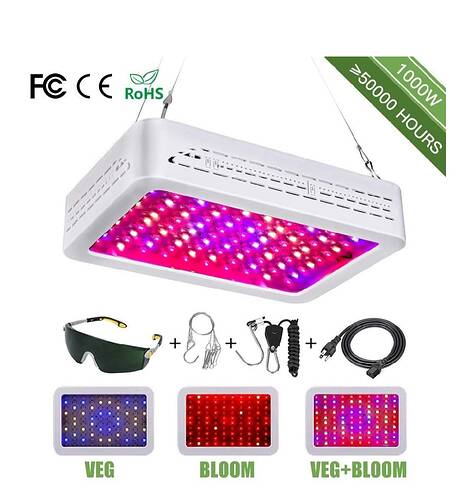 I don’t regret buying it though because it’s going to be good for seedlings or if i decide to keep a mother plant or even a back up if a light failed it would definitely be better than nothing… it definitely taught me alot starting out with a cheap light.

I am a big fan of QB LEDs myself - but very interested to see what everyone here is using!
Maybe we could make a poll with the general categories. I like numbers…

I use an electric sky 180 in my 2x4 and it is perfect for my grow area. Grows nice frosty buds and can get close to 1 g/w 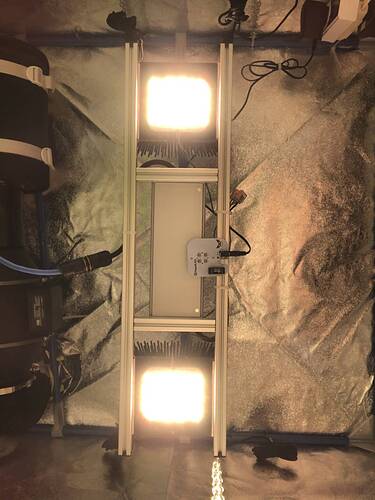 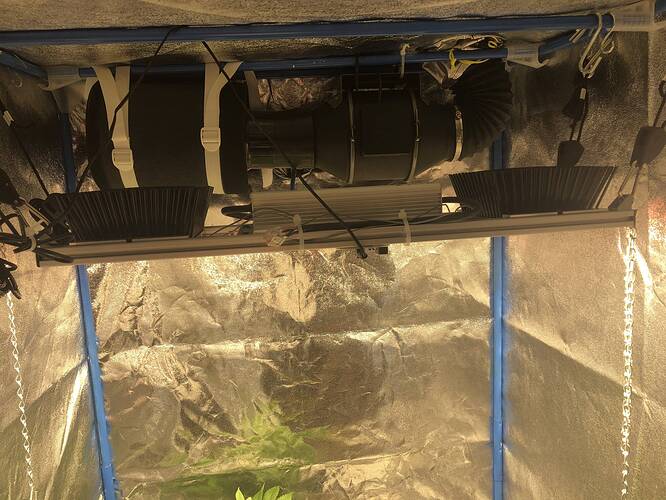 I use a t5 for starting plants, then uppot and put them under 2 600 watt mh. Once done vegging they are moved under a 1000 watt hps. I can’t remember the name of the ballasts for the 600 mh lights. But the 1000 hps is solistek dimmable digital.

315cmh and COBs to date. LED’s are calling my name. lol

Currently resisting the urge to lean on Mr. Sparkle and others to consult with me on a “hybrid” build. 315cmh - surrounded by strips.

I’ve got two Spider Farmer SF2000 lights in a 5x5. They are the equivalent of a single SF4000 as far as light production. Having two allows me to hang them a bit apart to better illuminate the edges of the tent, and I can run at two different heights when the plants aren’t uniform. It’s also nice to know that if one light fails, the plants will still get light from the other one instead of falling into complete darkness.

In my 4x8 tent, I keep clones and seedlings under a T5, but the majority of the tent is lit (that should probably be capitalized: LIT!!!) by a Fluence SPYDRx Plus. It’s a crazy light, and one I would have never acquired for myself (due to the price, not the performance!) had it not come to me through friends. I’ve grown one crop under them, and just trimmed the first two plants today. These were autoflowers and one yielded 4.5 ounces and the other will weigh more than 5. I think they were happy

High efficiency Bridgelux BXEB-L0560Z LED. Need more power?. or grab 2 of these for a 1m2 tent. 3 will flower a 120x120 ect. Power 165 Watts. More models and options coming soon. All my lights can snap together in seconds for endless, scalability ...

I’m right there with ya @PotentChronic, I have a ViparSpectra as one of my lights in my veg tent. It is the PAR450. I have only had it for about 12 months so I cant say anything to its longevity but I have been really happy with it so far. As you say, no complaints. I also have a DIY light i built from no name LED strips to go with the PAR450 in the veg tent. I have another DIY built 650ish watt (890ish watt running around 70%) Solstrip light in my flower tent. Pretty damn happy with that.

outside I am using the Sun

I’m using this Sunraise “1000w” led really 165w but I am just using it to veg some plants and it worked really well, doesn’t get super hot and I got 20 plants vegged easily much better than outdoors. I definitely want to upgrade to an SF4000 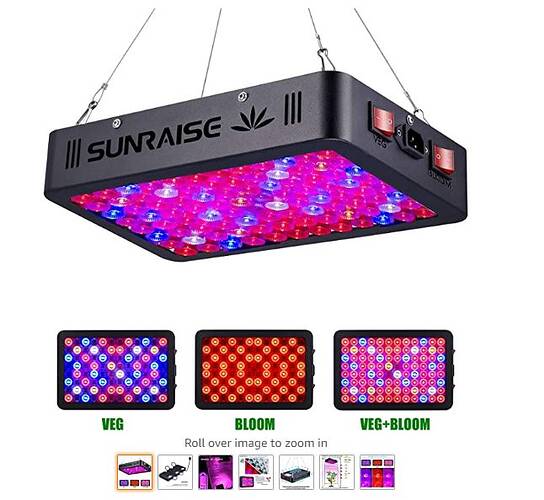 I wanted to share with you all my DIY COB light I built. The light is based on four CXB3590s. These diodes are 3000K and run at 36 volts. The 3500Ks are more efficient, but I wanted more red in my spectrum. These are attached to a 30 inch piece of 5.886 inch extruded aluminum heatsink from heatsinkusa. Active cooling is provided by four Noctua 140mm fans. Finally, the COBs will be powered by a HLG 240H C1750B Meanwell driver. This driver is dimmable and will run the COBs up to 1750 milliamps. Wi…