Excuse me but what’s freaking?..well, I have a photo in my head I need to get out please tell me.

Oh BTW… Mark’s AK has a OG AG story to it. Just finished it…it was exactly as described.

I’ll be watching I have a bunch if these and all there other pure origin lines , heard mixed reviews but my buddy grew the Brazil amazonian and it was good qaulity , had a sweet lemon pine funk and looked as advertised , as to there authenticity hard to say but they barely finished by November and I only think they did so because they sensed the cold winter ahead.

Just want to let you know that I am staying tuned.

Happy New Year Overgrow!!! Welcome to the Freaker’s Ball Seed Collective, (FBSC). Misson The mission of the FBSC is the preservation of verified, authentic rare landrace/heirloom/hybrid cannabis genetics by mass replication and distribution to the OG community. History The FBSC was founded in August 2020 from a group of OG seed Freaks who pooled funds to purchase some Vietnamese Dalat, and Vietnamese Black seeds from Snowhigh Seeds. Due to the cost involved, those seeds came with numerou…

I grew the south African kwazulu indoors and out and it finished at about 9 week, zippy high that is very in the head. Slightly affects motor skills. Very resistant to mold and pests. Only grew my fem seeds of the kwazulu so possible the regs are different.

a strain that is more worthy.

Man, that Afghan Kush is plenty worthy. Thanks for running it.

Oh ok…seed freakers🌱 I support freaking but I’ll watch from a comfortable spot in the corner.Goid luck with the AK hunt!!

Good luck man, I ran some of the AK from WoS a good few years ago.
Lovely yeild and a solid smoke.

So far 2/10 have started to pop their heads above the soil I removed them from their paper coverings, and gave them a warm welcome to the world and even let them know that their helping to overgrow the world.

WOS doesn’t really have the greatest reputation and IMO aren’t worth the time and effort to preserve. They are cheap, still for sale and pretty accessible to anyone who wants them.

you pretty much said my grow is worthless.

He didn’t say your grow was worthless, he gave an opinion about the source your seeds came from, amd said it was a waste of his time. That’s all.

Personally, I don’t know much about WOS, so my opinion is based on the strain more than the vendor. I think it’s a good strain for a first grow, I don’t imagine too many people will pass on the seeds you make.

I just woke up for the day and now I feel like shit.

Man, in my experience the only person who wields that kind of power is you

@neogitus has issues with WOS, he doesn’t think their strains are preservation worthy and, in his opinion, it’s a waste of time to run them. So what? Why do you givena fuck what he thinks?

I don’t think there was anything in that post directed at you personally, but I can see how it might be taken that way.

You have to develop the confidence to do your thing man, and fuck all what me, @neogitus, or anybody else thinks or says about it.

One thing I’d mention. There are people who, if asked, would describe me as a scourge. This is a place of love. Please. Go easy on the name calling.

I would like to watch this, mostly because I bought some Afghani strains from Mark on Strainly, but I don’t know much about them. Good luck. I hope all goes well

Thanks @other_barry really needed that at this moment

Just checked my tent now after reading that. Say hello to some new friends, 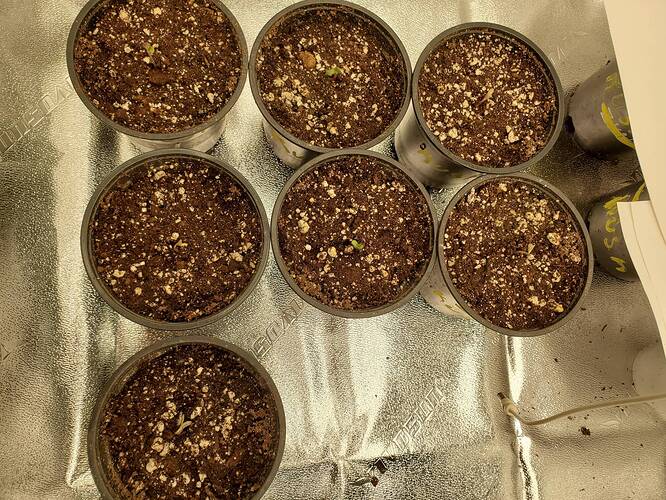 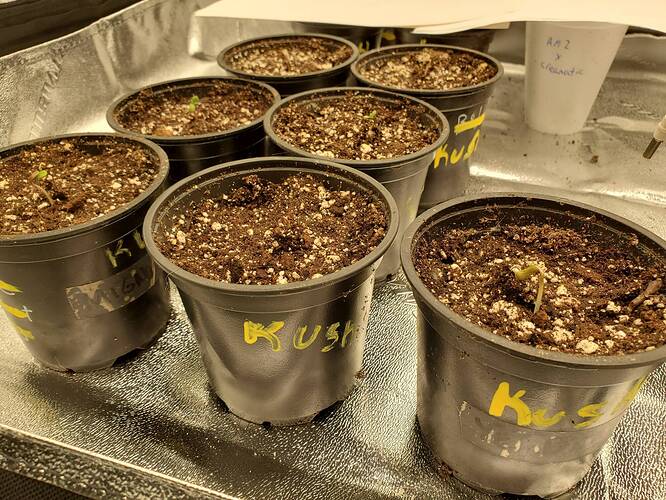 It’s interesting to see these grown imo because I have several of there strains and have heard mixed things about the qaulity. That in mind quality can be based on perception and one’s own expectations so we must all apreciate the fact that some people may define that differently.
Qaulity of the seeds ? Qaulity of the genetics or the company ? I have seen alot of people who want landraces and then grow them to only complain about the wild traits many of them carry. Low germ rates mutants and herms are to be expected when working with any true wild Landrace variety. Some cultures grow for different reasons and could care less if there crop is full of seeds or what we might deem undesirable plants. Afghans are known to be rather stable and easy to grow in comparison to let’s say a 20+week eqautorial variety so it seems like a good way to get some expierance.
Now I see world of seeds get mixed reviews but have not seen alot of there grows. Id be curiouse to know what people’s specific issues with them has been before I write them of.
For example real seed company has good genetics but dude has lost his mind a little lately and there’s starting to be negetive feedback around him. Dosent mean his genetics esp first releases are effected by this just his support base. Also let’s give everybody some slack world is a crazy place lately and it’s getting to alot of people. The level of aggression and defensiveness has realy ramped up lately and I think we should try and contribute more to peace then chaos even though it’s becoming increasingly difficult to do, that just means the message is more important then ever.

Afghan strains all have the same thing favoring keeping them pure. They are already good, and you just need to select the best. With all that resin, the plants that aren’t potent are loaded with CBD and other medicinal cannabinoids. I sure do appreciate your time and effort growing these to show us what your made of. Do them some justice and the vault door opens. Plenty of rare stuff to pick from after this run. Like Dequilo says, you might find some gold. You never know which seed holds that magic pheno until you grow it. Kick some ass brother!

Thanks for the kind words brother.

I heared recently that happiness is based in avoiding negativity in yor life, there are negative persons in this forum. Fortunately we have an excellent tool in this OG v2.0 that lets you ignore or mute them, don’t react to what they say because that really feeds them, no need to waste a minute of your time with them …

I really hope you aren’t talking about me feeding of negativity lol…I didn’t even reply to the rant even though I was insulted.

I worded my opinion very carefully and still got an angry response for some reason. I said WOS doesn’t have the greatest reputation not that they suck balls. I said in my opinion aren’t worth the effort to preserve not haha look at this guy growing a complete waste of time.