I’m trying to finish out my latest plan to build a box, but I’m hung up on the door/s. I’m trying to stealth this out as much as possible. Essentially I want to build a 2ftx3ftx4.5ft wardrobe. I can’t figure out how to do the door though. For ease I would like to do a single door. With a single door I can seal for light and air easier as well as use a single lock. The issue I have with the single door is hinges. I would prefer to do concealed hinges with a full overhang. The problem is, all the information I’m finding only gives info for doors up to 20 inches. My door would be roughly 3ftx4.5ft of 1/2 or 3/4 plywood. I basically can’t even figure out if it’s possible. I thought maybe a piano hinge on the outside, but again I cant find weight limits and such. I also can’t find any that are the right size. I could split it into 2 doors, but then that creates more issues with sealing and locking.

Perhaps euro hinges? They are hidden, open usually 120` and adjustable. and will take that load.
The cons are: they aren’t cheap and need extra efforts to mount.

I was looking at euro hinges, but all the specs sheets for determining how many you need are rated to 20". Based on the weight 4 hinges should hold the weight of the door if made out of 3/4" ply, but that’s at 20" wide. I considered putting 5 or 6 hinges to take the extra sheer load, but again don’t know if it’s enough. The issue then becomes that I’ve drilled a bunch of cups into the side of my cabinet and may not have enough wood left for another solution if it doesn’t work.

I’m gonna say @ReikoX & @Mr.Sparkle probably know more than I do about hinges, amongst other things.

I’ve done double doors on all my cabinets. Usually I attach a piece of wood behind one of the doors and have it shut first. Then the second door shuts and the piece blocks most the light. Weather stripping should make it light tight.

Are you concerned about light leaks or does it just have to work/be a functional door? Is the problem that your wardrobe absolutely needs to appear as a 100% nothing-to-see-here piece of furniture for stealth? I can’t imagine a wardrobe front weighs significantly more than a solid wooden door, what exactly is the issue with door hinges other than length of the door? Apologies if I’m misunderstanding the problem.

Just put weather stripping around the seal if it isn’t a perfect fit, assuming that’s your issue.

I was looking at euro hinges, but all the specs sheets for determining how many you need are rated to 20". Based on the weight 4 hinges should hold the weight of the door if made out of 3/4" ply, but that’s at 20" wide.

a door that size of 3/4" thats alot of weight on those hinges, and sure could add a lot of them but still a lot of tourqe on them, not saying its not doable just also don’t know… Door hinges on the other hand that are recessed, or overlay door hinges bot are other options…

@ReikoX, You know, I didn’t even think about that. I was thinking of putting a 1x2 or 2x2 attached to the cabinet itself as a mid point to attach weather stripping to, but didn’t think to just attach it to one of the doors.

@vernal, trying to be as much “don’t look at this” as possible. Including going for a cloudine s4 to try to minimize sound, and a discrete lock on the door. It will be located in my bedroom for one and in a prohibition state for two. I’m even going to try my best to color match the paint to our ikea furniture. Our room is fairly dim most of the time, so I have some wiggle room for minor imperfections, but trying to make it look as good as possible as well.

@Mr.Sparkle, after a bit more research into hinges I came to the same conclusion and moved on to piano hinges.

I’m going to have to think about this a bit more. Cost and build time are major considerations for me as well. I can save a bit of money by going with the single door and a piano hinge. Won’t have to get the jig for the euro hinges and the single piano hinge costs less than 6 euro hinges. I also think it would be easier to install the lock with a single door as well. Might need 2 locks for security if i went with double doors. My only real reason to go with double doors I think would be looks and possibly easier install. On the looks I could probably just cut a groove down the middle of the door to make it look like 2 before I paint it. For the build time, I basically have to construct this thing off site, then transport and assemble 150 miles away (all my tools are down at my moms). Pretty much need major building done there and hopefully paint, 2 days max.

I’ll never build a box again personally. I’m in the school of thought if you have to worry about stealth. You’re not in a secure position to grow. No one has any reason to go in my spare room.

Honestly, most of the stealth part of this is for the wife’s benefit/paranoia. If it were up to me I’d have been popping beans a year ago in a cardboard box if need be, or in the now, saving a bunch of hassel and money by buying a tent. The only real stealth I need is on smell. Outside of that, all of the rest is the wife’s requirements.

Who’s she bringing over that she’s worried about lol

I’m a little bit shy to show my old box, I fashioned after a NGB stealth box. I bought a bundle of 1" x 1" x 8’ lumber. A bundle of 1" x 2" x 8’ . A sheet of hard backed foam 1" thick. A couple of sheets of luan floor leveling plywood, maybe 1/8" or 3/16" was many years ago now.
For the inside outter skin, I choose a sheet of bathroom plastic wall sheeting material, about 1/16" thick. Very reflective, and super easy to wash down between runs.
I used soffit vents to allow air to be pulled in from a 24/7 running squirrel caged blower, into a filter 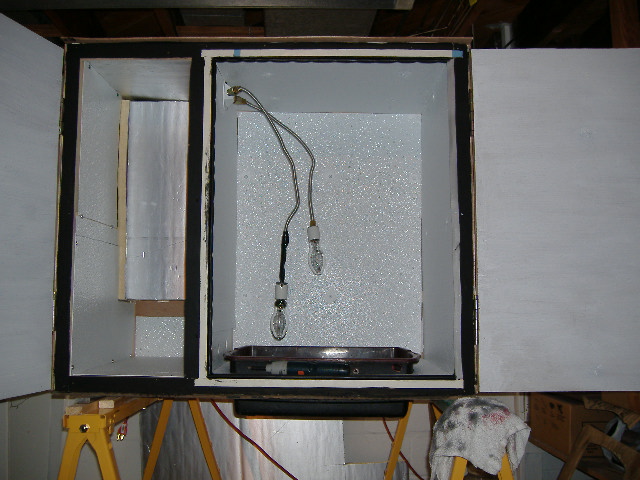 in the back of it.
As you can see, I’ve no real wood working skills, and working alone has it’s disadvantages.
I ran this box for maybe 5+ years, and then started falling in love with the tents.
I do not have all my old pics as this was a couple of hard drives ago, and with no computer skills, I did not properly save them all. I’m missing all control panel shots, cage blower filter, that was mounted on the back of the unit, with noise suppression.
I was running a 150 HPS with a 70 MH in the flower side, and T5’s in the wee veg area.
Hope it helps with some ideas anyway.

Well thought out, interesting choice of materials. I was thinking about using floor leveling plywood for a similar application…

Nobody lol. We have kids, so the lock makes sense, but other than that just my MIL and SIL, neither of which are a problem. She’s a paranoid person in general when it comes to pot. The few times I have smoked in a car with her or something she tries to hide to the point of being obvious. Generally just easier to reassure her with whatever measures I can just to keep it at bay.

Maybe a magnetic secret lock? Nothing shows on the front. 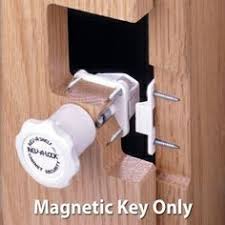 The handle is just a knob with a magnet in the base. You stash it elsewhere.

I considered that, I’ve seen it used before, but just wasn’t finding any that seemed to be worth a damn. Or they were expensive. Cheap little cabinet key lock is $8

For keeping the doors closed I used a pair from each door, at the top and the bottom, on the door. 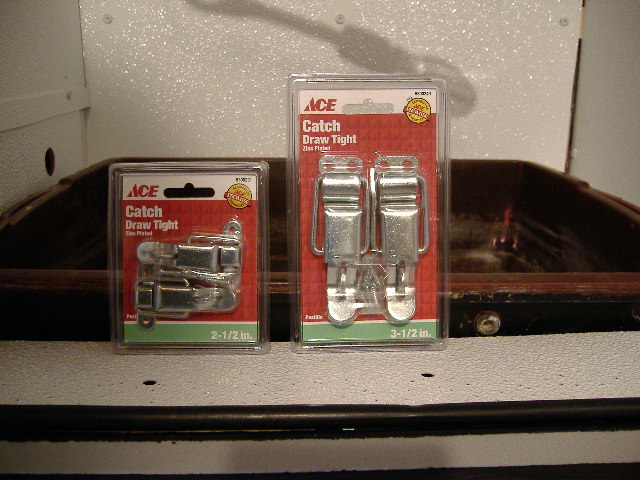 With the double door I was still able to use a single lock. The door with the strip has a slide bolt latch in the inside of the box to keep it closed. Then the other door closes on top and the key lock slides over the strip keeping both doors locked.

I use those magentic locks, and have for quite some time love them.

As for the piano hinge id advise against it not that it wouldn’t work or that i have also used it in the past, its just more that its a pain in the ass with loading and you cant adjust it once set and light sealing is harder with them, vs say actual door hinge hardware where you can off set the door gap a little to account for say whatever foam striping your using for light sealing.

Thanks for the advise yall! 2 doors is probably the way to go. I can picture what ReikoX said. Didn’t think about using a latch on one of the doors. Little more fooling around with the design, and hopefully I’ll have it all in motion soon. @Mr.Sparkle, do you have a recommendation for a magnetic lock you like?