Best Strain You Ever Grew Or Smoked! Please Add Pics! :)

Please fill us in why you chose the strain, and please add pictures, as well.

My choice for the #1 strain would be my very own cross,…The “Glass Slipper”(Cinderella 99F1 X Northern Lights #5)…

It really is the best that I have ever grew, or smoked. It gives you a euphoric feeling, with a nice “uppy” high… and lasts all day long off a single puff!

She clones easily, and the root mass is always “Huge”… Just an all around “terrific” plant. Its what everyone around here desires… Wont settle for less.

I lean more towards the “Sativa” varities… “Indica” puts me to sleep …Not good for day time use, and it makes me feel groggy, and out of it. Only time I smoke Indy is right before bed… I just dont crave it…

Who the heck knows?? If you believe you grew something out of this World,… I definetely wanna know about it! 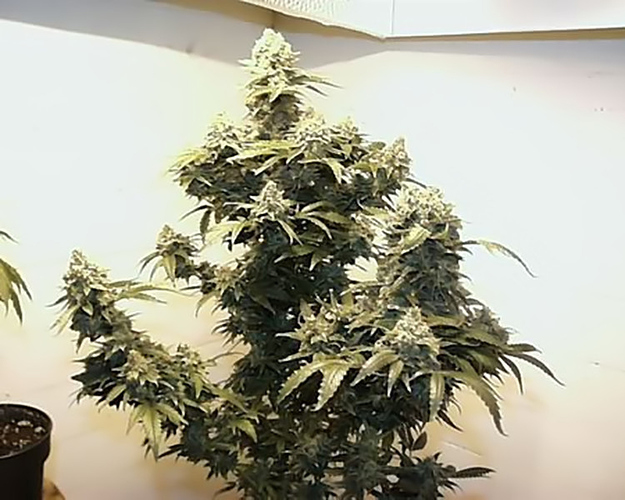 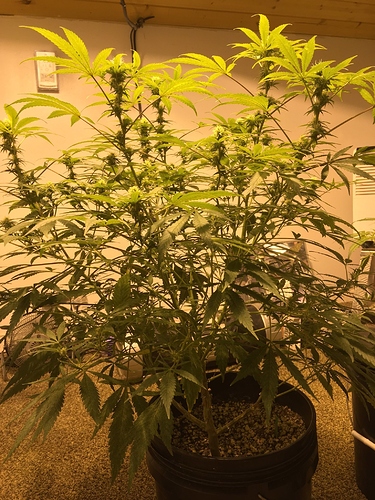 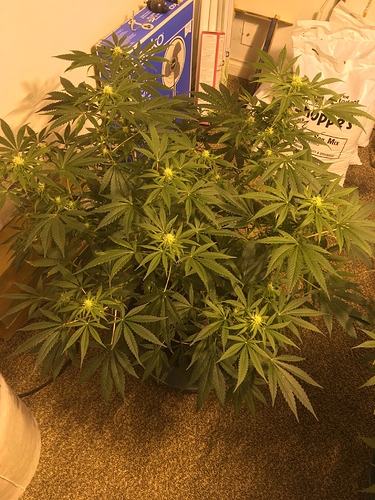 Soooo, What is your favorite strain, and why?? Thank you very much!!!

Thank you. Just wanna see what I’m missing… I know there are alot of kick ass strains out there, that a lot of us don’t even know about… The Orange Goji appears to be one of the “better” strains that I have a great interest in, and Dark Devil etc… I just wanna know what strains are the “best of the best” … I think it’s a great thread for all of us! Have a wonderful day!

Wreckage was a trainwreck cross

Do you have Glass Slipper seeds to share/trade?

For me, the “core” cut of Amnesia Haze, just speaks to me. Love the taste n smell, like rose water or bubblegum, super all in your head HIGH with no burn out when you come off of it. Beautiful plant to grow, her smell while flowering has to be my favorite smell in all of 420 !

Sorry for the shitty pic, but it is latest one. Full 9 weeks of flower, another week or 2 to go. 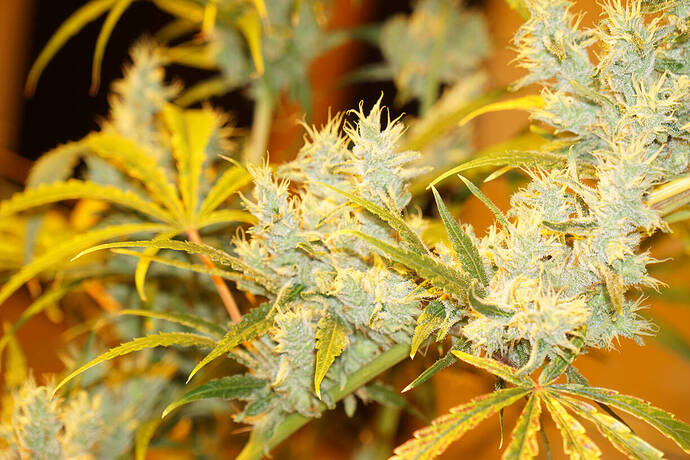 Coming in a close 2nd, and may end up being numero uno after this last run, ORANGE GOJI by 50State!!! 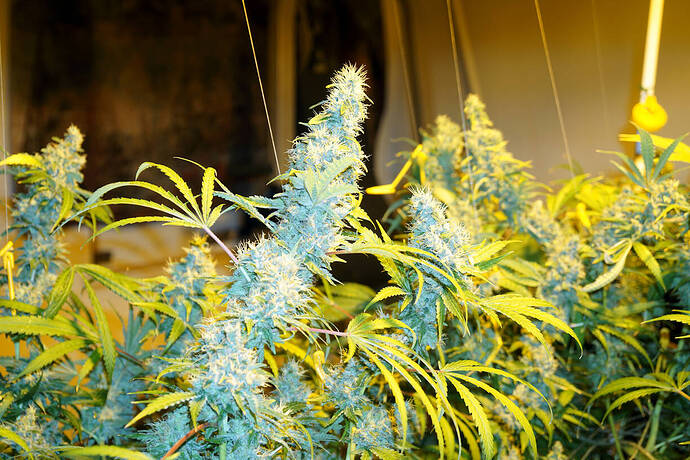 Number 3 would probably be Grape Ape. The right pheno is not only delicious but head pounding too!!! Been a minute since I have had GOOD Grape Ape .

Do you have Glass Slipper seeds to share/trade?

Sorry, Not at this time… Hopefully soon.

I grew just the “trainwreck” about 7 years ago… And I liked it alot. It reminded me of the bud from the 80’s… Big yield, potent smoke.

Amnesia Haze, just speaks to me.

Mmmmm… That does look good! …

Best strain i ever grew was 2014 or so goji ogx black domina cross from a spanish breeder. Got them as freebies. One of the most potent strains i ever grew. Had a fruity diesel smell.

Bump… Anyone else?? Step right up, dont be shy!!

Man I’m still looking for it, there’s so much shit to grow I don’t know if I’ll ever find it.

I literally have a backlog of like 200 strains I’d like to run out, but my ultimate goal is finding the “forever” strain that I can work to F10 or something.

Jungle Spice from this latest F2 run has been really good - has a lot of what I want in a strain - moderate energy levels without going paranoid, and no real ceiling nor crash. The flavor is also pretty bonkers, I’ve never tasted a sweet limey citrus like it before.

It’s interesting how often C99 pops up in these kinds of lists, I’m almost wondering if it just got so popular because it’s so good it turned into a feedback loop. I’m more interested in making brand new weirdness from landrace/heirloom bases.

Its probably because the Cinderella 99 is quite possibly the most potent strain out there. Thats why Brother Grimms called it “The Holy Grail”…

Not many know the “power” or “potency” of this highly sought after strain, unless they smoked some… Personally, nothing touches it… Its really that good!

I have been growing it since 99, and nobody wants any other strain that Ive grown since. They flat out refuse anything else.

It gets very frustrating, and it fucks with me… They will wait as long as it takes to get their hands on some of this goodness. Its almost “weird”… lol

I like a little variety, … but when I smoke anything else, but my Glass Slipper strain, it seems rather weak, or inferior… Not just saying that either.

I have to drink a couple of coolers to even go outside, It’s mind boggling.

You wanna get stoned? THIS SHIT WILL GET YOU STONED!!! A few hits, your medicated all day long. This is the “REAL DEAL!”

Anyways, I just had to take a chance, and see if there really is something equal, or better… Guess there’s not.

I’m not getting much input here on this thread… Soooo, the research is pretty much over.

I guess my Glass Slipper may be the Winner afterall… I see no competition.

Not trying to be a snob, but I cant find anything better!! NOTHING!!!

Then you cross it with an Cinderella99 F1!..Holy shit!!

This combination is straight up “Lethal”… Thats why alot of my people dont look for anything else.

The Glass Slipper has addictive traits… And some of the patients “feen” for this shit like its Coke, Meth, or something.

Im very proud of what Its become… Been around the planet for a while now, and all I ever get is 5 star reviews from the growers of yester-year… If there is such a word… Hahaha!

Thanks for your post, I greatly appreciate it. Have a good one 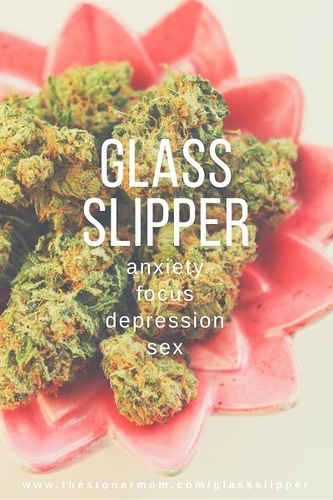 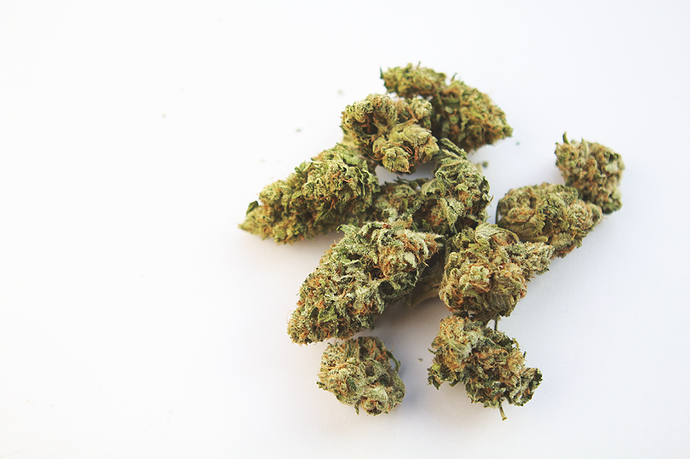 That’s tough to say. My friends and I had a blueberry x big bud cut we got from some random dude back in the day that was just a great plant overall. Big yielder, killer fruity taste, good bag appeal and the plant itself was literally unkillable. I found it a bit too racy though.

Used to also have a White widow that a friend got in Amsterdam circa like '96 that was HUGE (2+ lbs a light easily), and just a really happy, uplifting smoke with a nice tangy flavor.

I’ve got to say that the Guava Hashplant x c99 I’m growing now from Painted fire is definitely the best strain I’ve grown in years. Vigorous, happy and chunky plants that are just a pleasure to grow. Haven’t smoked it yet, but judging from the frost and smell I’m pretty certain it will be really killer.

Edit: the dark sparks from Mr Sparkle are the nicest autos I’ve grown so far and they have the coolest smell and taste of just about any weed I’ve ever come across

If the strain has the Cinderella 99 in it, then undoubtedly,… it will knock your socks off. Thats a keeper my friend. Take lots of clones!

Yes indeed… The Dark Devils are extremely unique, and trouble free… I cherish the seeds, and the seed maker! @Mr.Sparkle…

It has brung me great joy watching a seed evolve into a “purple” masterpiece. I love em as much as you!

Very very interesting!.. Have you seen these seeds for sale anywhere… or was it a one time thing?

Thats interesting that the combo made such an impression… Thank you.

Thats funny you brought up “Willie Nelson” … There is alot of that going around these days, at least in my area. I’m gonna go out find some today. Never had it… Thanks!