Bow4Buck and The Learning Curve

Well don’t have a ton of interesting things going on at the moment but figured I’d been here long enough, time to post a bit.

Did the intro thing already but we’ll touch a bit here from the beginning.

Wanted to grow for a few years after not even smoking for like 20 years. Wife was dead set against it. Until the mother-in-law got her medical card and started complaining about the cost. They both approached me with an idea and a website to purchase seeds. OOHHHH!, this is on!!!

So for my day job I grow organic produce and sell it at market and have a store here on the property. The women figured this would fit right in. 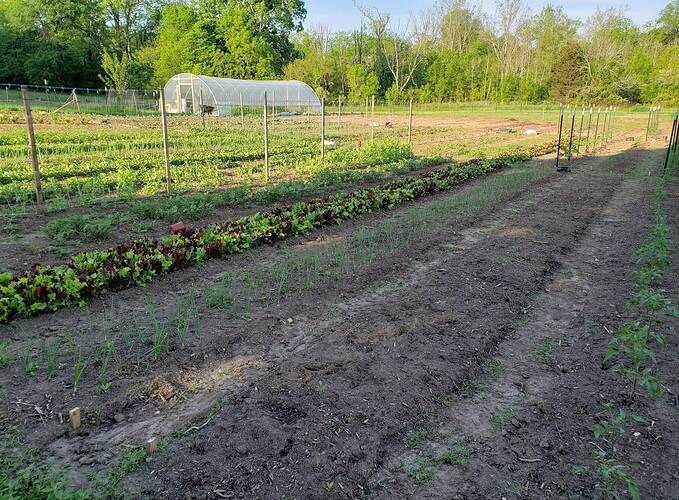 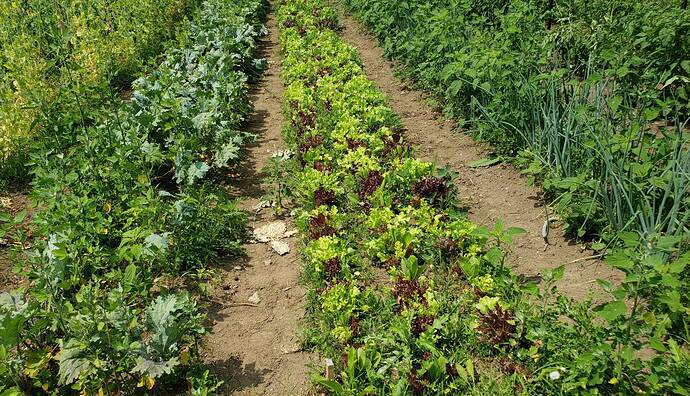 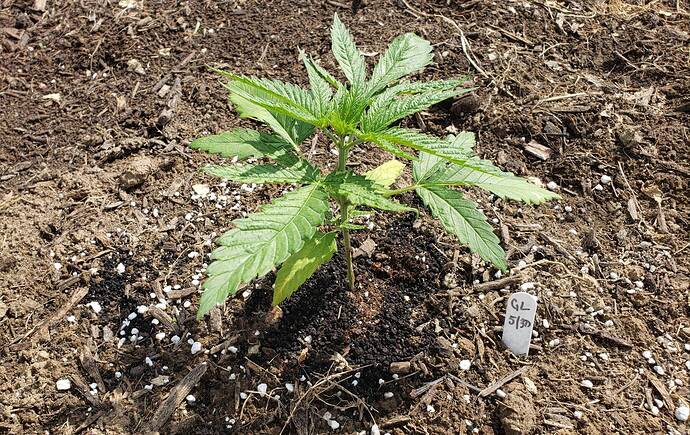 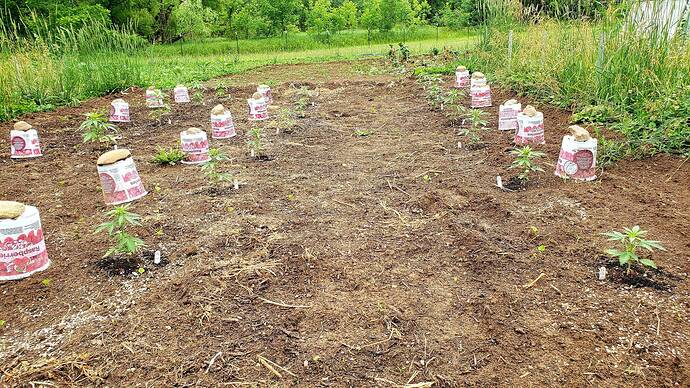 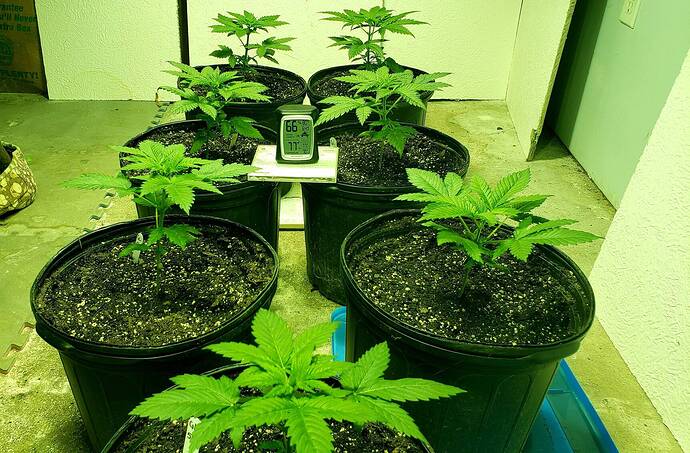 20210607_0810421725×1134 419 KB
Long story short, learned real fast what bud rot was outside. Had to chop everything early. Still ended up with some decent bud in the end but was devastated after bud rot had me throwing away as much as I was keeping.
After reading and reading and reading settled on a scrog for inside and attempted that for the first time. Think grow style has changed 3 times so far. 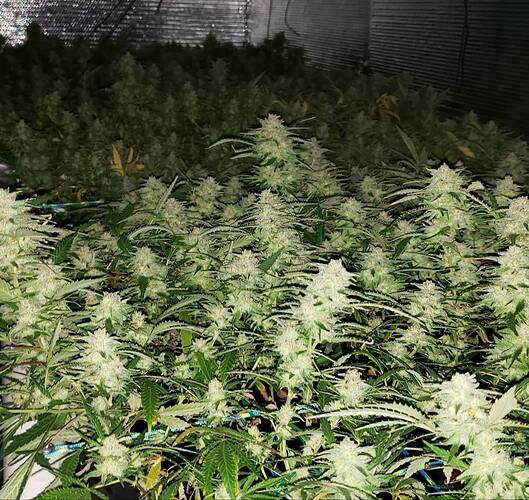 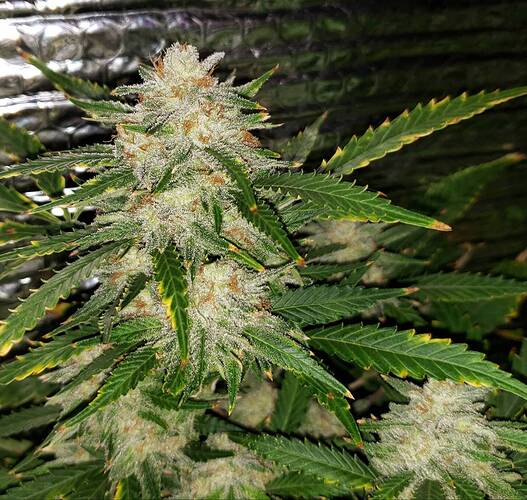 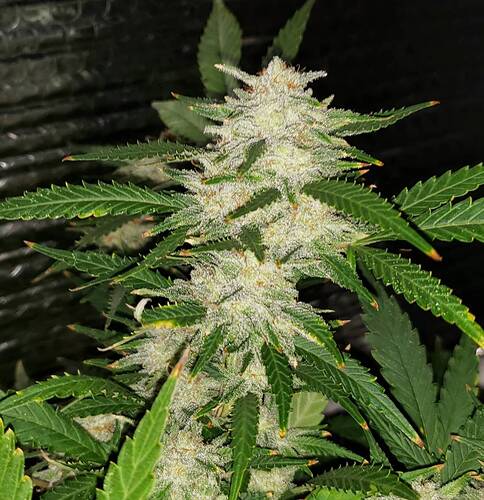 20210607_0825511388×1433 263 KB
Inside I was not happy with the outcome. What I grew was good but I knew I was plagued with deficiency after deficiency and chasing ph all over and it could have been way better.
Been a few plants between now and then.
Still learning and still problem solving but getting better.
Been stupid busy on the farm so havnt done to much picture taking. Been growing indoors coming out of winter.
Just chopped a Blueberry CBD I grew for the wife. Sorry the pics are not up to date. 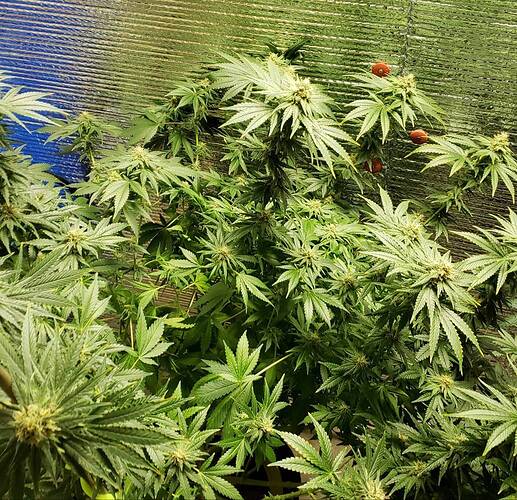 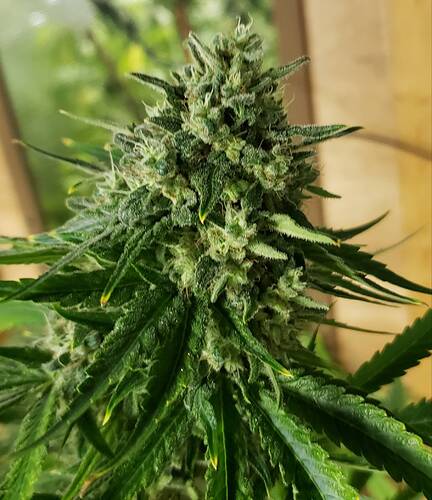 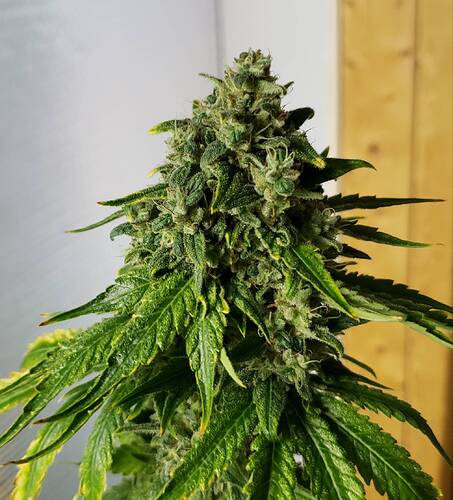 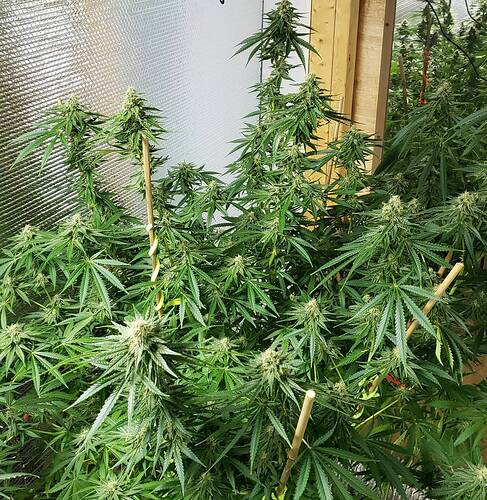 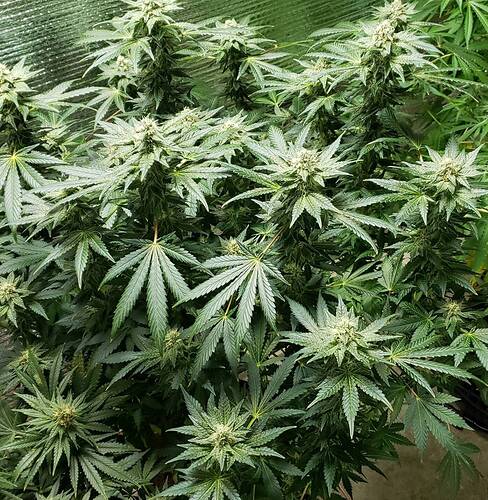 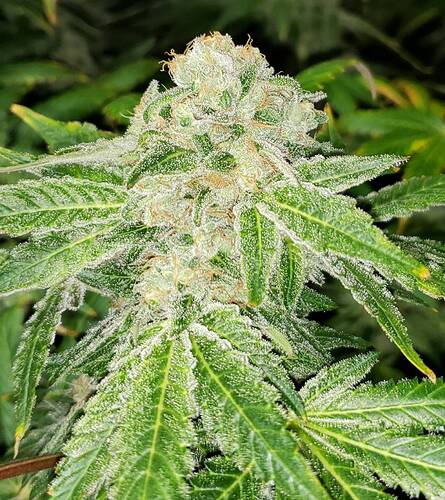 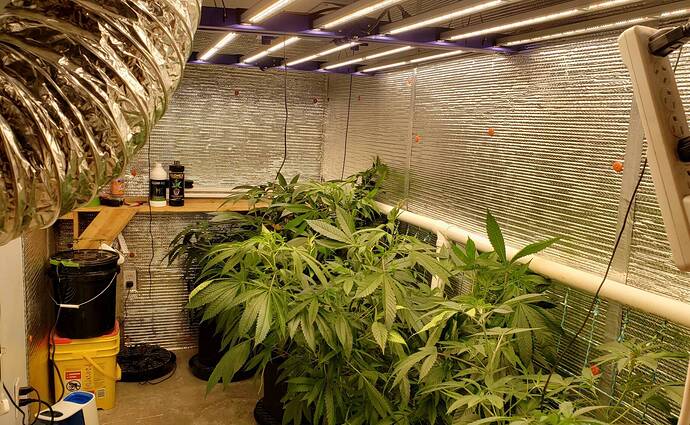 20210607_0844081826×1127 444 KB
Getting ready to put some girls outside again. Little behind cause of farm work. Outdoor line up is Apes in space, Runtz, Cherry cake, Banana kush, White Widow by request and zkittlez runt i culled from inside but decided to take off once I set her outside for a bit. 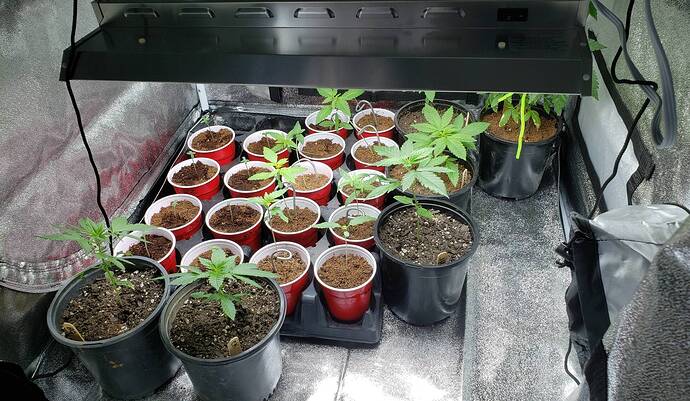 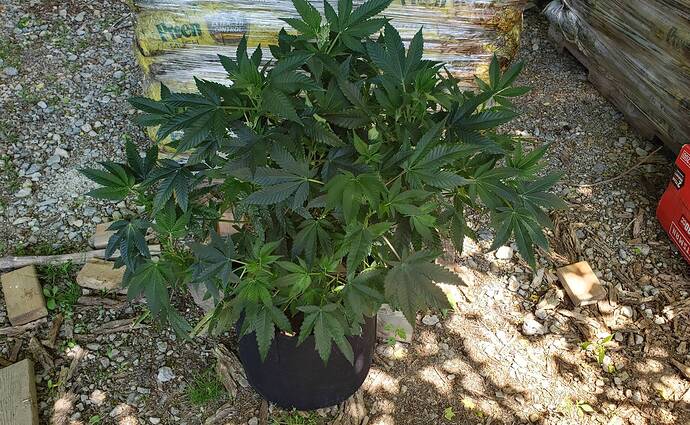 20210607_0852001839×1134 492 KB
Pretty much thats it. There will be improvements to my indoor growing area. I live in an old farm house pre 1900’s found out real quick i have little control over my environment so changes coming once final plants come down.
Note to self, dont do wake and bake and first post at the same time. Reads way to long. I’m learning as I go but a pretty fast study. Comments and criticism are always welcome.
45 Likes
Oldtimerunderground June 7, 2021, 1:10pm #2

Your mother in-law must love you lol.

Hell of an outdoor lineup too.

Glad to have ya along for the ride, it’s sure to be a s#% show

That’s a nice stretch of land you have, and some great looking buds too!

What sort of changes do you have planned for your indoor environment?

The only finished room in the basement is where I moved into. Had a 12x10 room split it in half. Been veg in one flower in the other. Have cold winters so put up the reflective insulation thinking that would help. Still got open rafters to the ceiling.

Temp I can get pretty close. Rh is the biggest issue. I either can’t keep humidity in or out. I’ll be stripping the room down and going back to the original 12x10. Then I intend to seal the room better with panda tarps basically making it a Tupperware bowl. I do use ac infinity fan in there to draw from lung room but still at the mercy of outside weather.
By going back to the 12x10 ill have room to put appliances in the grow and eliminate a poor lung room environment. Thats that plan anyways.

It will be a bit, once those zkittlez come down I’ll get after it and document what I do here.

Thank you for sharing your work. You are living the dream for some, maintaining a working farm.

Awesome, down for the ride

Lol, yes it is a dream come true. But also a lifestyle not for everyone.

Someone told me long ago, if ya want to farm and end up with alot of money you need to start with alot of it.

But seriously we love what we have and able to work and play at home is something I just can’t say enough about.

Well looks like it decided to rain so I’m done outside and get to play with plants today.

Was checking trichs to see where we are.
I always try to go somewhere between 10-20% amber (thats what I was told in the beginning). Decided to experiment with these 2 and see how close i can get to just all cloudy.
LSD 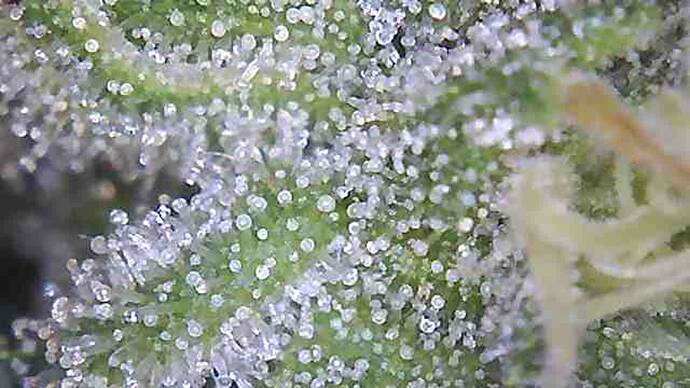 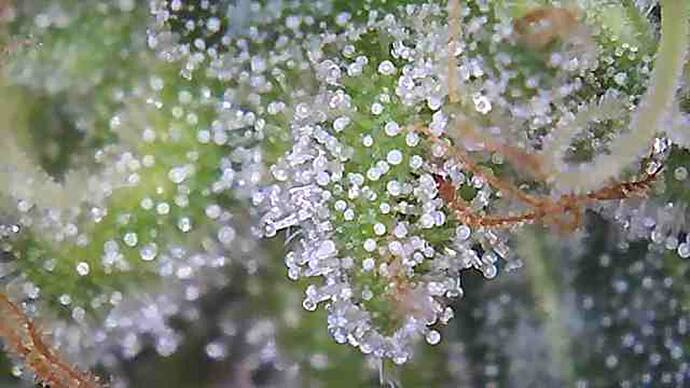 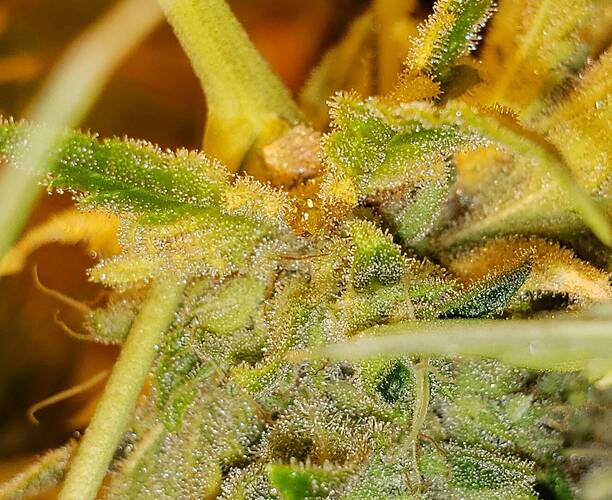 Well had one of the kids move out last winter and finally talked the wife into giving me that room.
Put a 3x3 and a 3x4 tent in there and hung some lights yesterday. This will be my auto grow moving forward.

Had a few in the tent way to long under t5 tubes. Hoping I can start some LST to get them turned around. 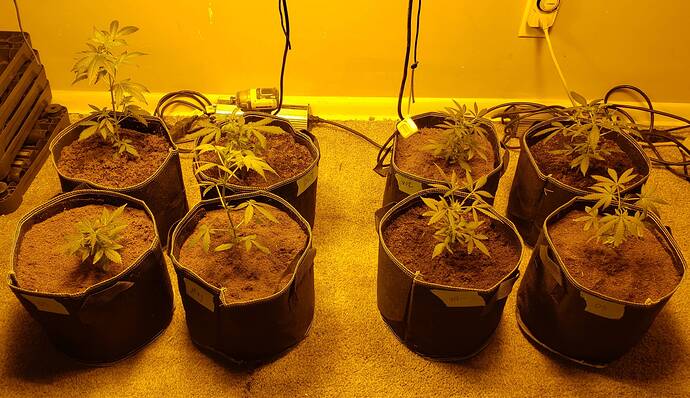 You will love the Magnum , great daytime smoke ! I grew 1 each round just to keep some stalk available

Beautiful!!! I need to find something good for daytime. Most sativas make me jittery and uneasy like I can’t sit still. Dont like that feeling. Maybe this will be the one

GSC got the chop today. Left some lower larf on her to see if we can improve them a lil bit. 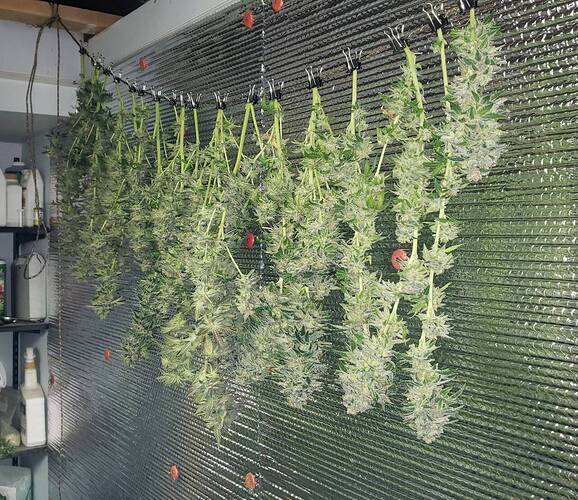 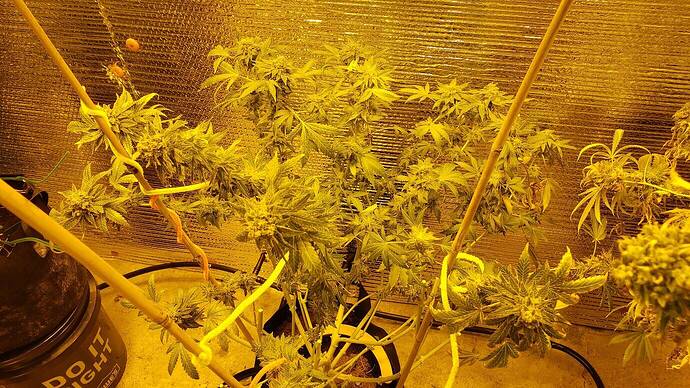 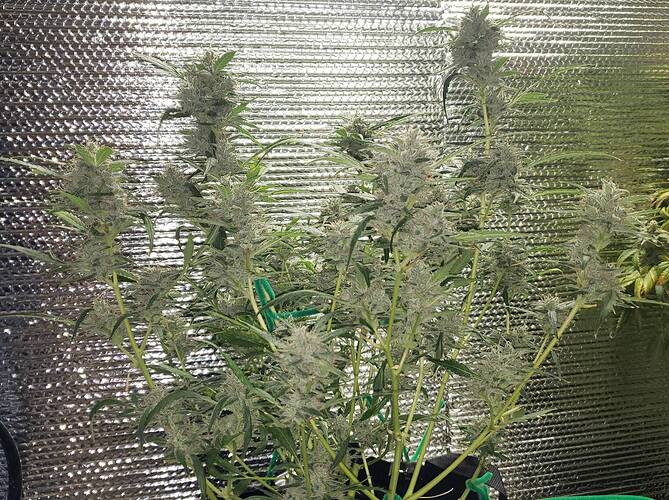 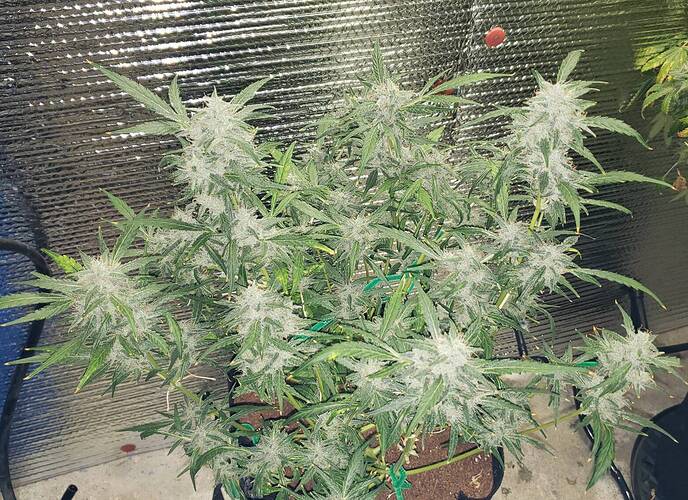 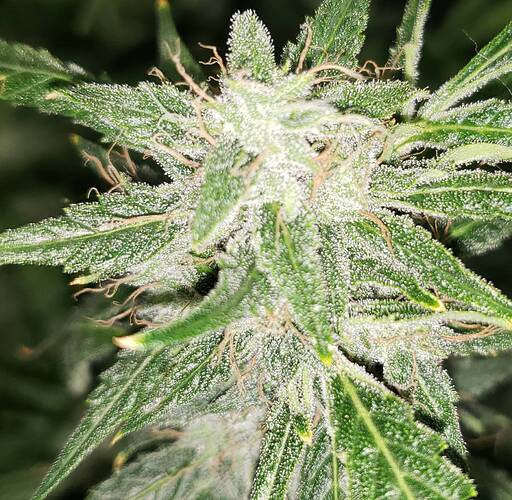 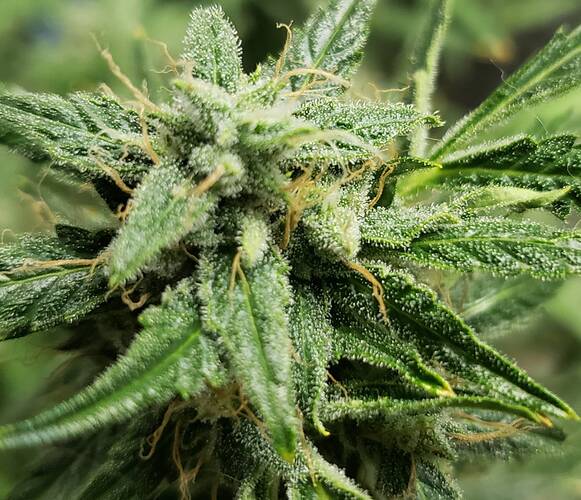