Hi! I generally buy the best gear I can afford but I also am cheap so here are a few hacks: 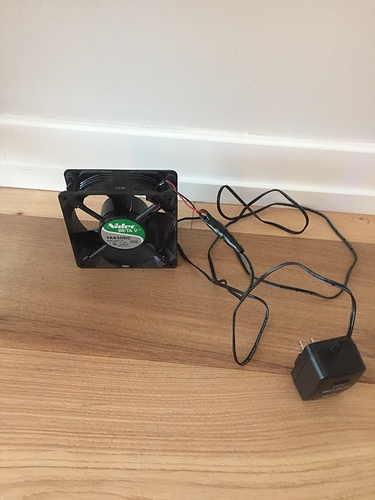 Here is a bubble hash stirring paddle made from zip ties, two spoons, and a mixing bit. A perfect and cheap paddle. 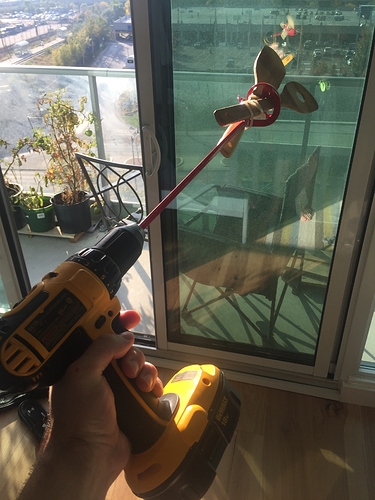 Any of you sneaky and clever and cheap like me?

Nice paddle by the way!

It’s a 12v DC fan. I have an AC one too but it was a little more expensive. The best thing about the DC fan is that you can get a variable voltage adapter. I can run at 3/4 speed at 9v.

I had a favourite junk store but it has closed.

Thanks on the paddle. I was really pleased at how it turned out. Created a great vortex without shredding the plant matter.

Here’s a ghetto fan for you and cost me virtually nothing but a bit of time and $5 for a 4 - 5" adapter to make it’s 5" blades feed into the 4" pipe that was already installed in a cold room underground that the previous owner had built. There’s another 4" pipe that feeds down to floor level on the other side of the room for an intake. I just ripped out all the shelves and started growing pot in there 16 years ago.

Took it out of a dead microwave we were tossing out and used a couple corner brackets to make a mount for it. Used it for 10 years before finally punching a 6" hole and getting a 6" inline fan. The 4" couldn’t handle it when running 3 x 400W HIDs or the 1000W OK during the winter. 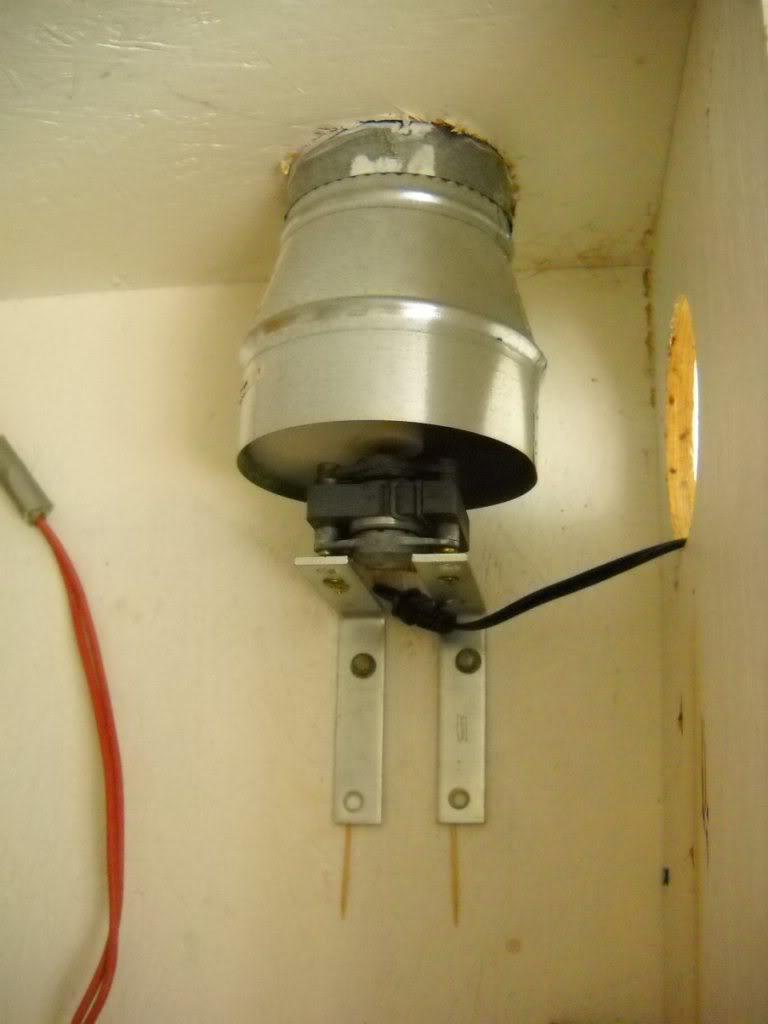 Or a DIY still for cooking up solvents for reuse. The condenser is a coffee can with copper tubing wound around a 2L pop bottle. Have a few of those in the freezer. Salt added so the water is real cold when it freezes. Pure auto anti-freeze in the coffee can for superior heat conduction and also to prevent the coffee can from rusting out like the first one did. 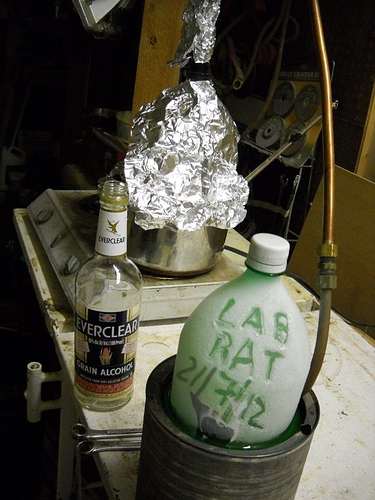 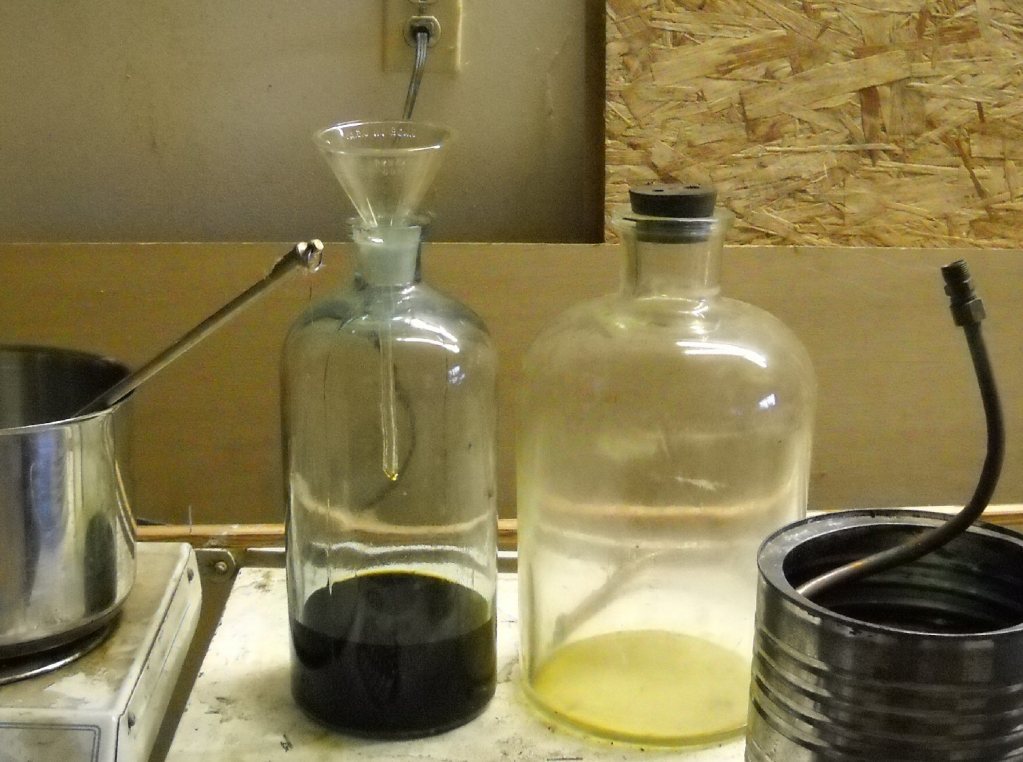 A DWC chiller made out of an old water cooler and a $15 fountain pump. Already had a big roll of 3/8" tubing so saved $20. Pump sits in the tub with a big coil of the tubing rolled up in the cooler tank full of anti-freeze. Nutes just circulate up to the coil then back to the tub. That thing could cool a good sized rez too. 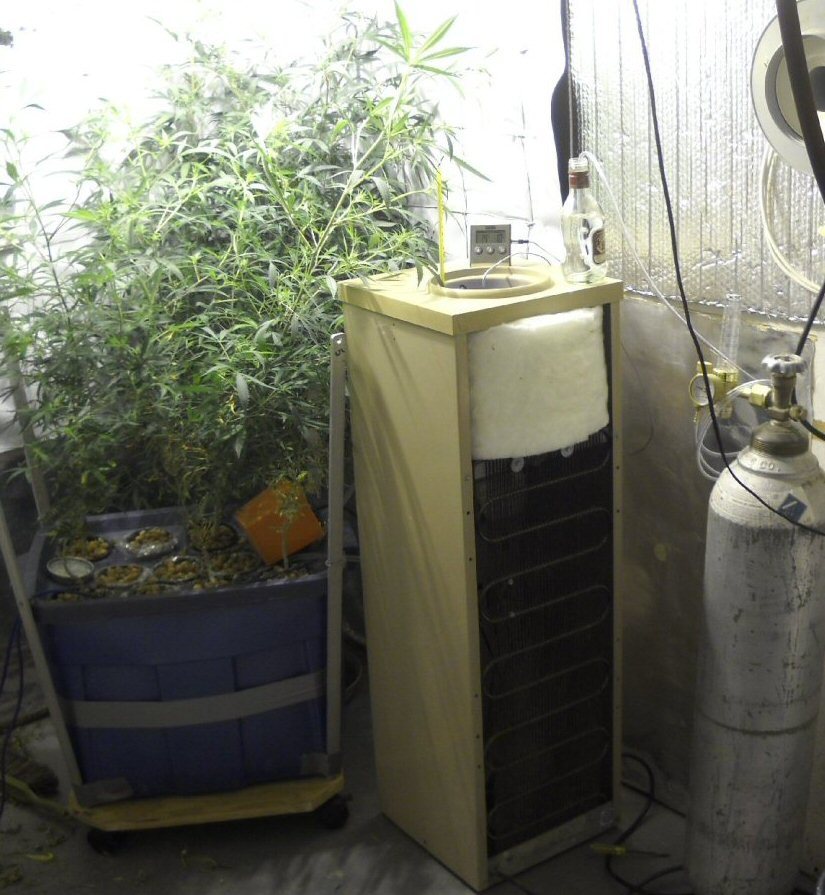 Window screen hot-glued over the pump intake to keep roots out. 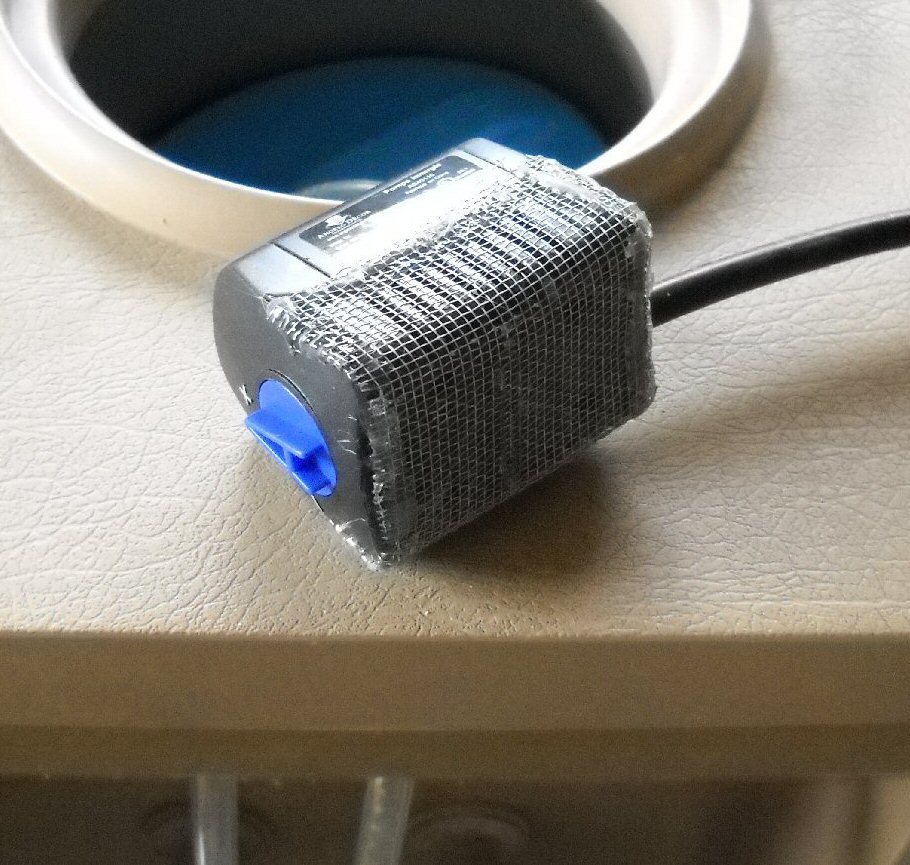 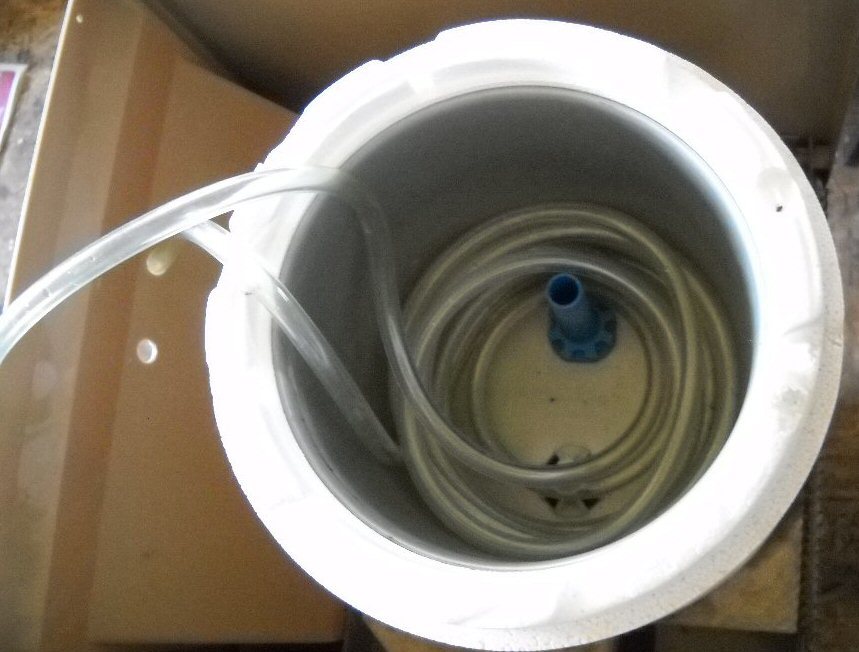 DIY bracket to hold a mogul socket on the intake side of an air-cooled hood so I could mount a 2nd light in it. 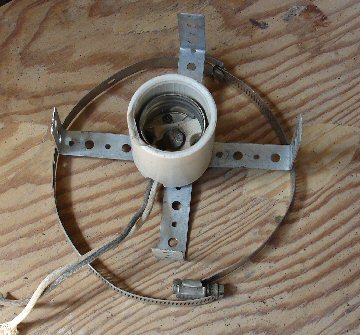 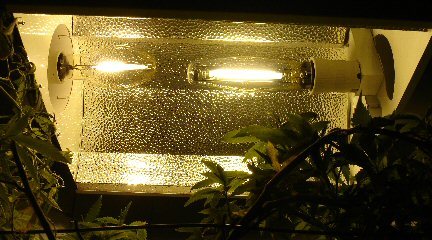 When you’re too broke to buy it. Make it!

I have been after a water chiller for ages but the aquarium type are too expensive, your ingenuity with the office cooler is the ticket, thank you.

Those are all awesome. I especially like the still because of the KABOOM factor. 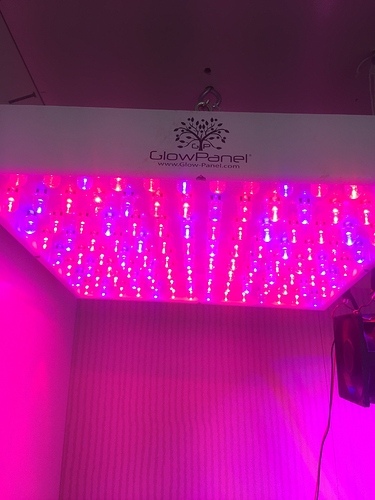 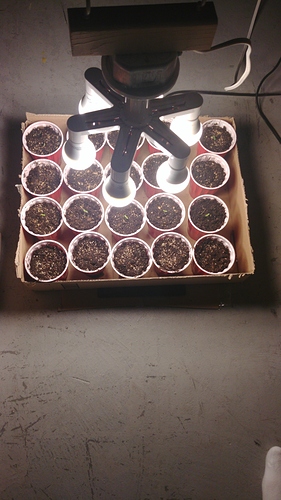 Does this light set up count? This was my attempt at a cheap clone/seedling/veg light just to get me started.

The majority of my grows (as in all) have incorporated Ghetto Equipment, re-purposing & DIY projects… not as efficient as others more advanced, but it ended any Black Market needs I previously had…

Can’t thank the OG community enough for helping me along this path, as the “learning stage” never ends…

Does this light set up count? This was my attempt at a cheap clone/seedling/veg light just to get me started.

I got a nice 11 bulb fixture I made from some vanity fixtures I picked up at a thrift store a few years back $2 each. Had them sitting around then saw a rig like yours somewhere and came up with this. Some aluminum angle iron to join them up. Each bulb is 6" on center away from the others. 9W 5000K LEDs with the globes popped off. They were on for $1 each so bought lots. 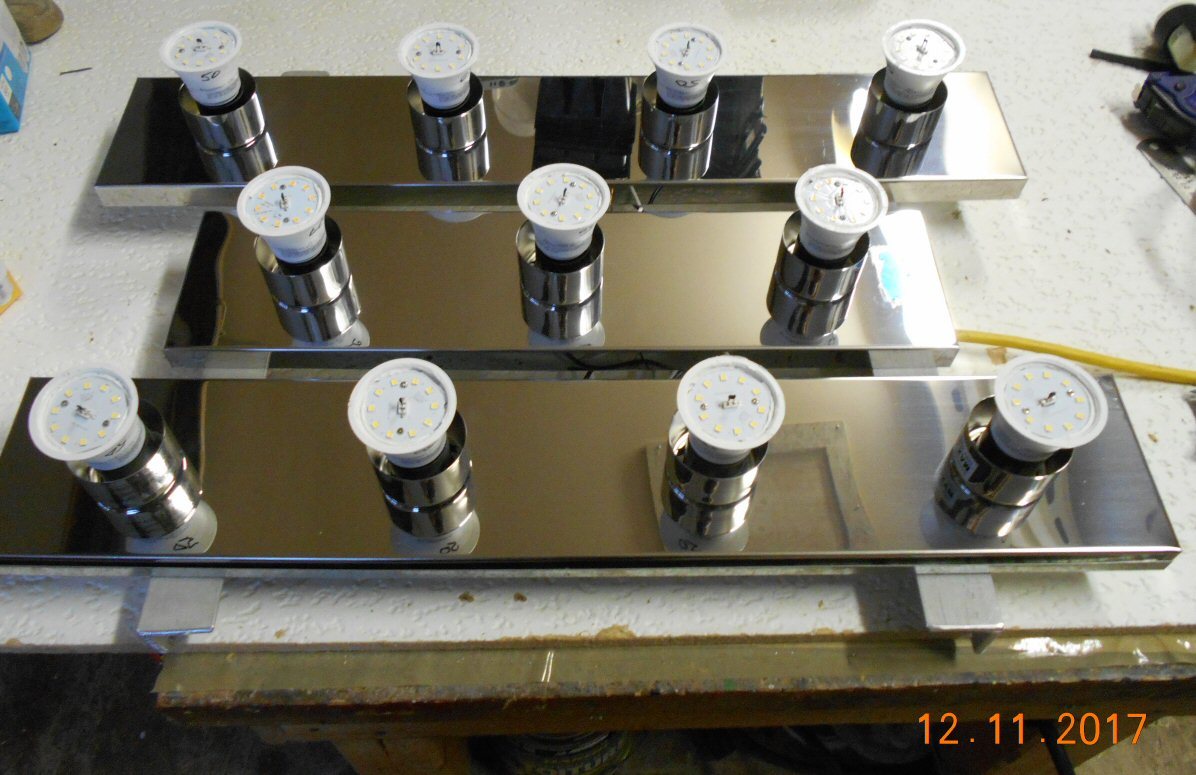 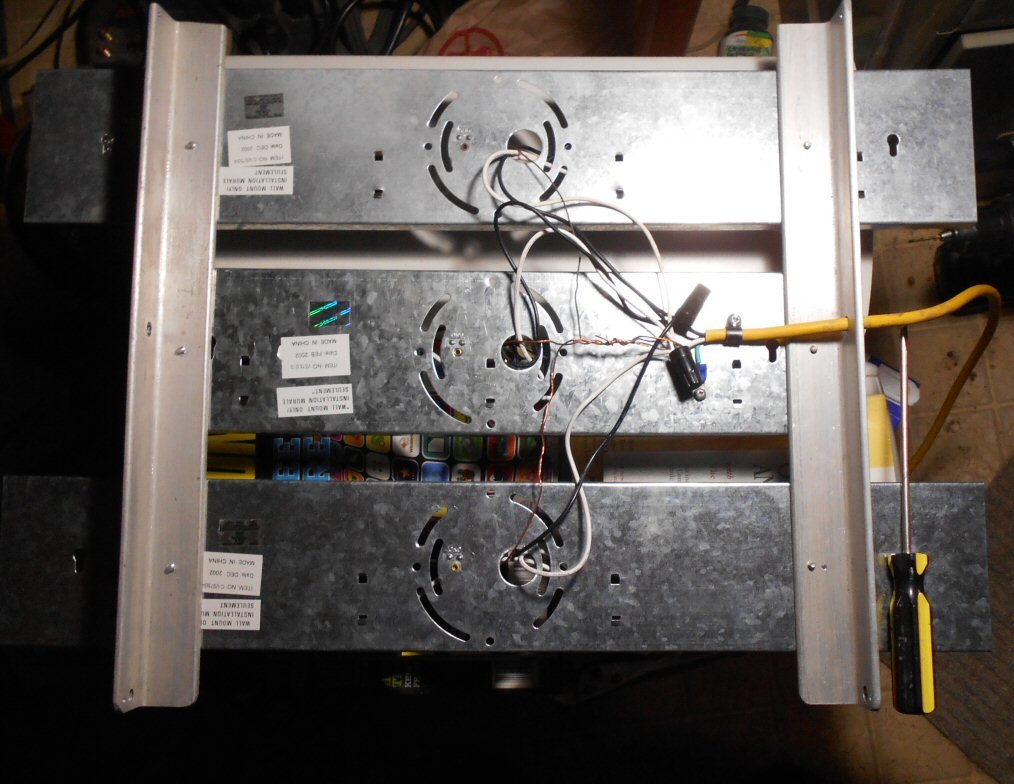 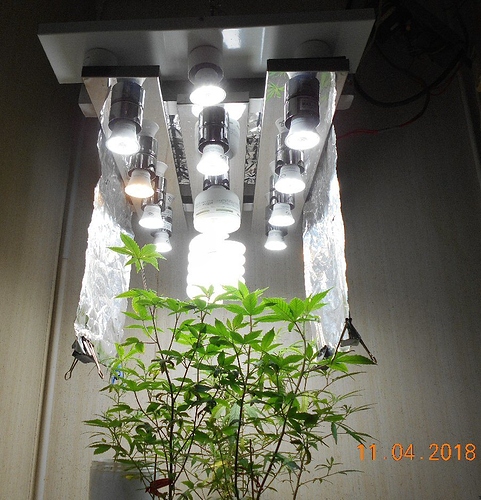 Good for starting plants and keeping them alive. Like these 24 clones and a Hindu Kush that I have to do something with pretty damn soon as I’m going away for a couple weeks next week. They’ve been in limbo for a couple months now. Took 2 clones each from 12 plants a few months ago and there they sit. I want to set up the big one downstairs in a large pot ScroG style under my 400W CMH. Wife will only have to water it a couple times while I’m gone so it should survive. 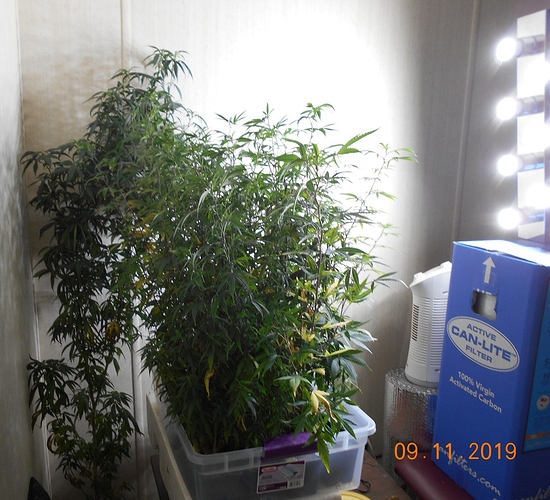 The glamour shot of that rig looks very professional. Impressive.

Up until recently my threads have been pretty much all “ghetto equipment” I’m always looking for ways to cut costs or upcycle. Glad I’m not the only one!

I am always looking for BIG Flower pots on garbage day

I used to make my pots out of cardboard and duct tape so I could make custom sizes and maximize my footprint.

I love all these ideas! Why spend it if you can make it or salvage it? 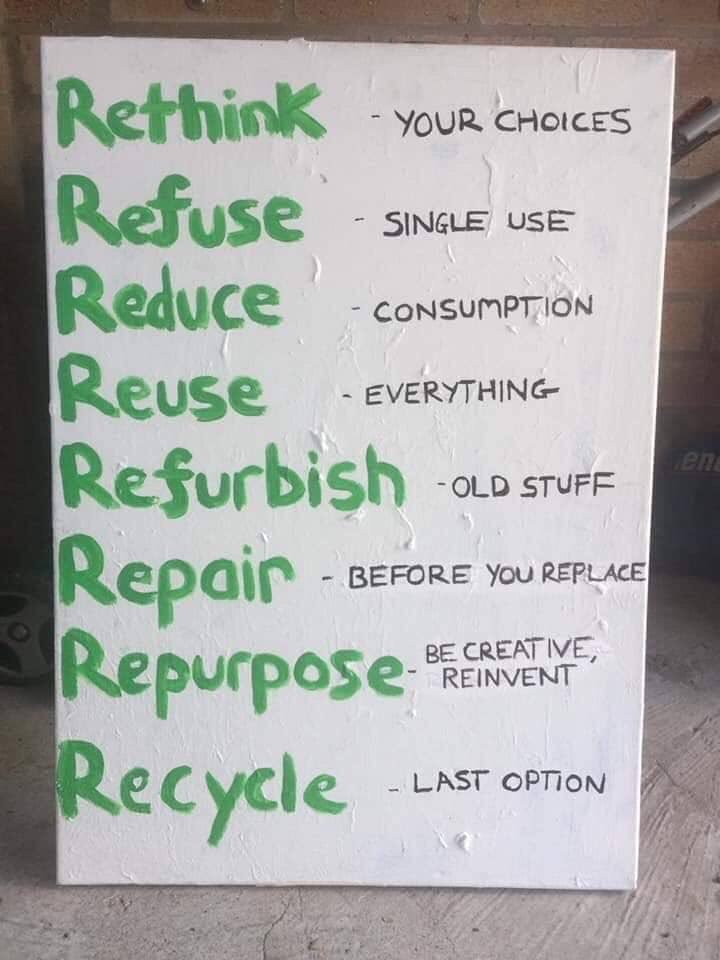 Great idea for a light fixture 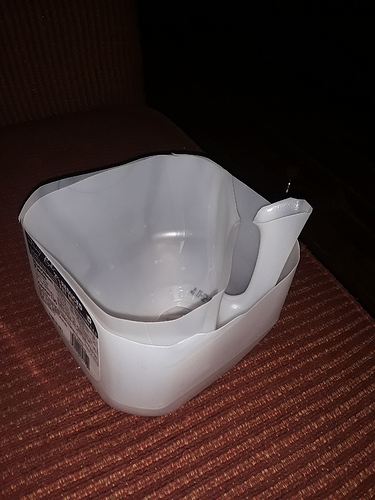 Milk jugs are great for all sorts of stuff. We actually get 25¢ return on those. I think they should charge 25¢ for each beer/pop.juice can, 50 for similar sized bottles, dollar for 2L plastic bottles and more for larger. Wouldn’t see so many beer cans littering my frontage if they were worth $3 a dozen.

I used some and pop bottles for measuring jugs. Use an accurate measure to to fill one 500ml at a time then mark it with a felt pen. 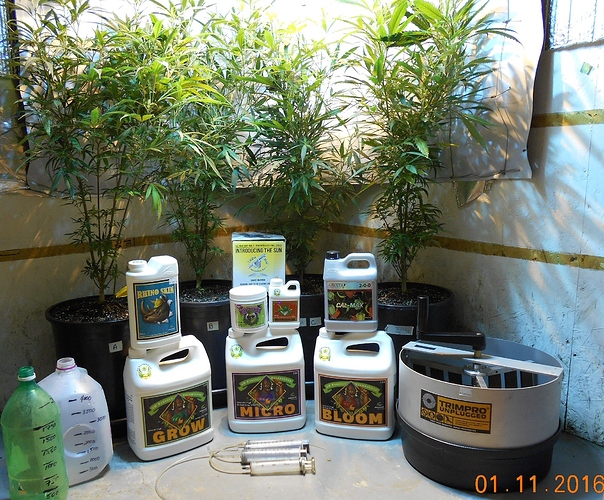 Safety screen for my exhaust fan. I have really long hair and didn’t want the fan eating it. lol 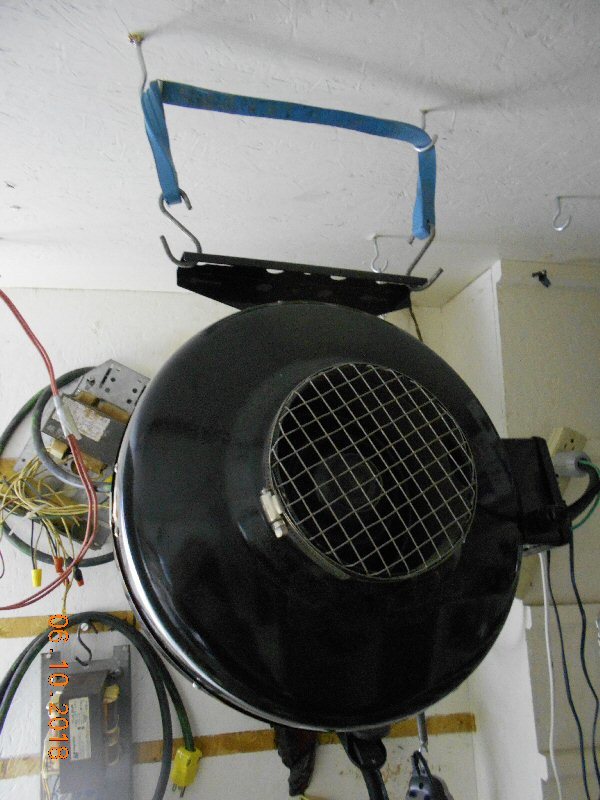 Notice the hi-tech ballasts on the wall. Running a 400W Philips CMH off of one of them now. The top one, hps. Lower is a 400 MH.

The simplicity of your milk jug idea is spectacular.